Ballywalter Beach is a gorgeous spot for a ramble.

Situated on the east coast of County Down’s Ards Peninsula, it’s one of many attractions in the area worth having a nosey at.

Below, you’ll find info on everything from parking (and pirates!) to what to look out for while you’re there.

Some quick need-to-knows about Ballywalter Beach 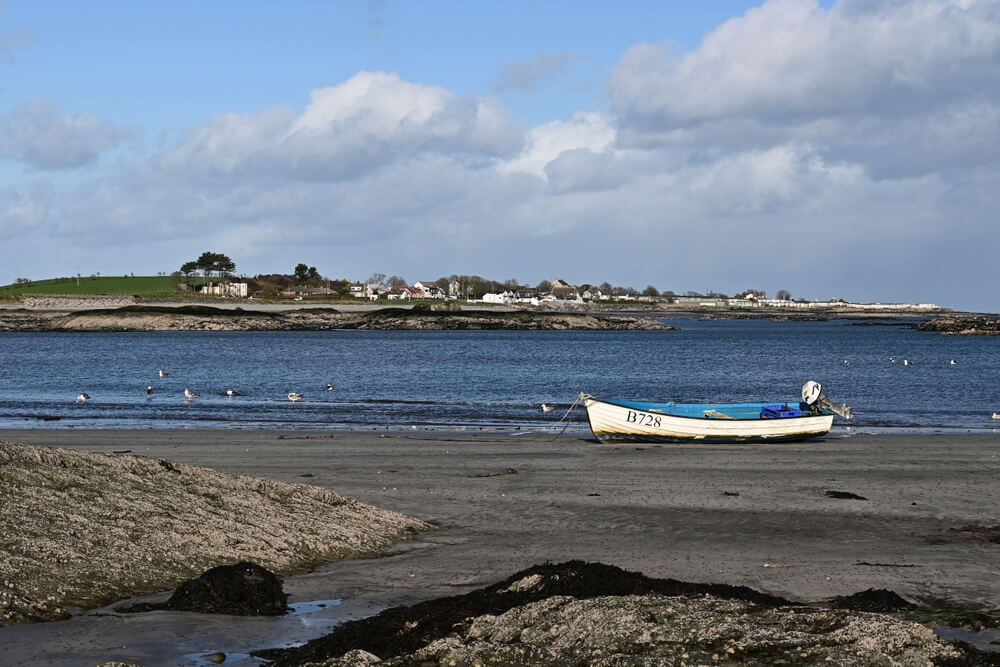 Although a visit to Ballywater Beach is fairly straightforward, there are a few need-to-knows that’ll make your visit that bit more enjoyable.

Since the beach is part of a village, there’s plenty of choice for parking. There are two handy car parks on either side of Harbour Road. The southern car park (and the one closest to the beach) also features public toilets and disabled parking bays

While this is a popular beach, we can’t find any evidence of lifeguards on duty during the year or any official information about how safe it is, so check locally when you arrive.

If you’re here with kids, this might be one of the first things they spot! The wooden pirate ship just north of Harbour Road is a quirky play area and the ship can be climbed all over. So if you’re a weary parent looking to relax with an ice cream for five minutes, then this is a fun spot to keep the kids occupied for a while. 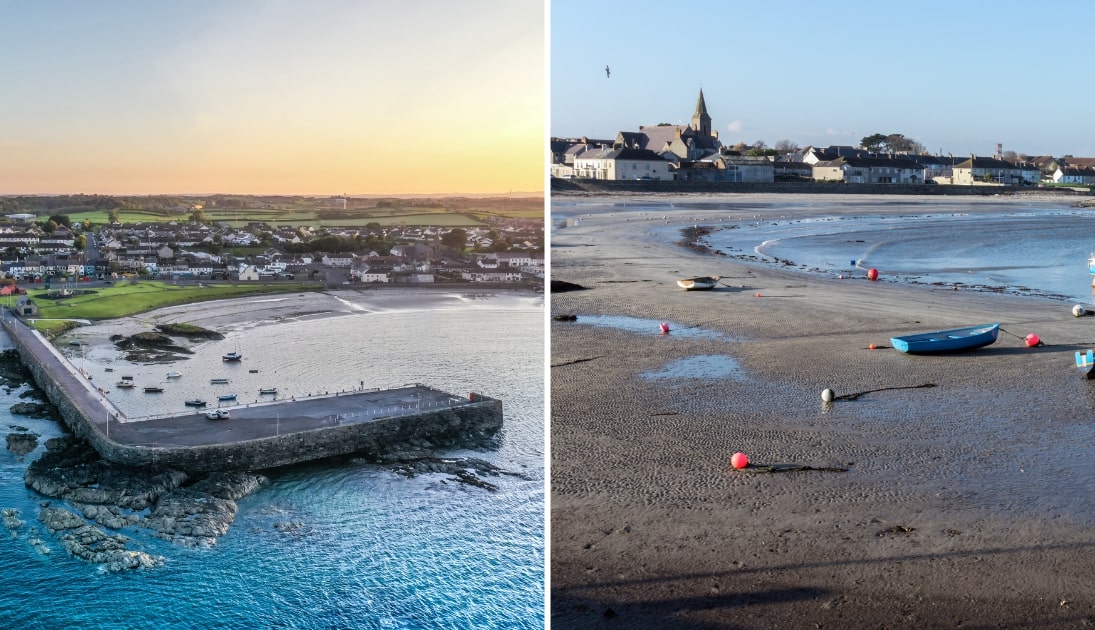 Ballywalter Beach stretches down the Ards Peninsula coast for roughly three kilometres and, apart from the charming village behind it, is part of a largely rural setting, backed mostly by fields.

Despite Ballywalter’s handy Main Street offering a bunch of spots to eat, the village itself is actually pretty small, with a population of just over 2,000 people at the last Census.

Keep an eye out for the old brick Lime Kilns just off the shore, thought to date back to the 1850s. Lime was imported into Ballywalter on small sailing ships and the kilns may have been built to supply mortar for the construction of the long wall around nearby Ballywalter Park.

Ballywalter Beach is also a great spot for birdwatching and is used by over-wintering birds including Ring Plover, Golden Plover, Turnstone, Manx Shearwater to name but a few.

Things to do at Ballywalter Beach 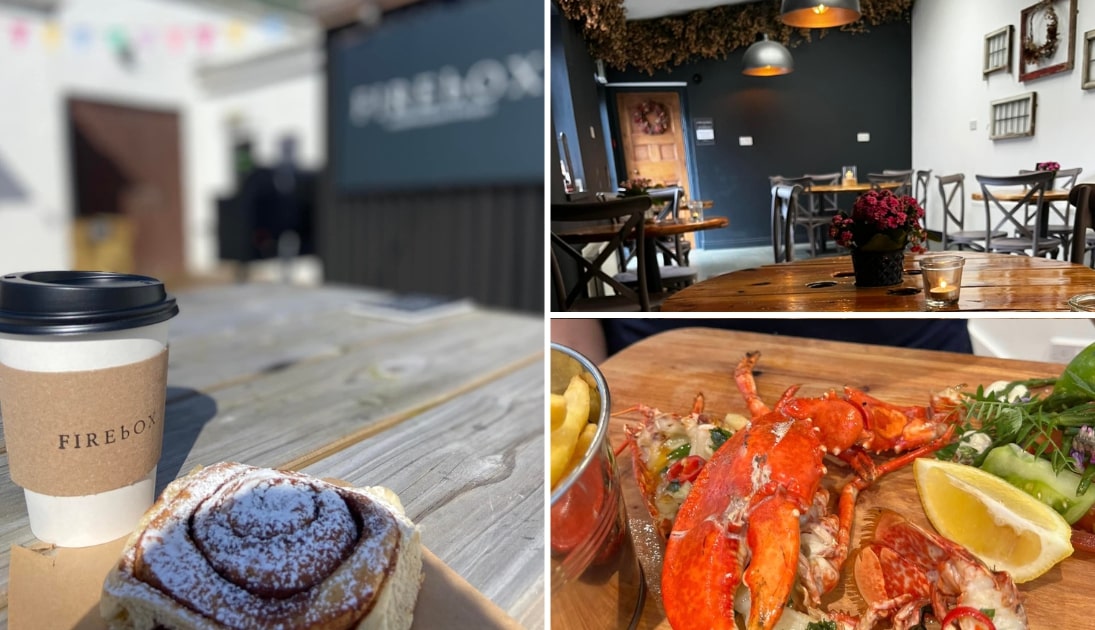 Photos via Firebox on FB

There’s a handful of things to see and do in and around Ballywalter Beach. Here are some suggestions:

1. Grab a coffee from Firebox

For the village’s small size, Ballywalter’s Main Street has a bunch of options if you’re looking for a caffeine kick to start your morning (or afternoon!).

With its solid coffee choices and a selection of indulgent sweet treats, the best of these is the stylish Firebox. And if you’re here from lunchtime then you can also enjoy some of their more hearty offerings, such as wood-fired pizza and generously-filled burgers.

When you want to mix things up, on the same street you also have the Ardmore Cafe, Square Diner and the Ballywalter Tea and Craft Rooms.

2. Then head down to the beach for a ramble

Ballywalter Beach’s long sandy expanse is perfect for kicking off your shoes and dipping your toes in the water, so what are you waiting for?

Once you’ve bought your coffee to-go from Firebox, make the leisurely stroll up Main Street and you’ll see the short gravel path down to the beach located three houses past the car park on the left-hand side.

As you’re walking down the coast, enjoy the lovely coastal views up and down the Ards Peninsula. If it’s a clear day, you should be able to see across the water all the way to Scotland’s Mull of Galloway (interestingly, this is also the southernmost point of Scotland!).

Places to visit near Ballywalter Beach

One of the beauties of Ballywalter Beach is that it’s a short spin away from many of the best places to visit in Down.

Below, you’ll find a handful of things to see and do a stone’s throw from Ballywalter! 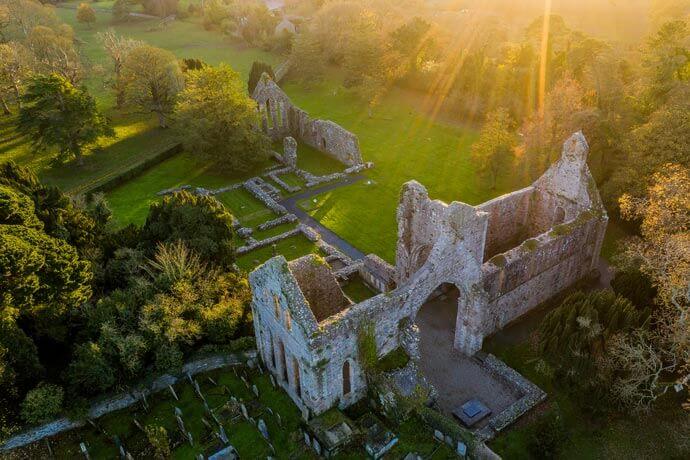 Along with Inch Abbey, Greyabbey is arguably the finest example of Anglo-Norman Cistercian architecture in Ulster and its remains date back to the 12th century! The reason it’s in ruins is because the prominent O’Neill family burned down this and many other abbeys in this part of County Down in 1572, to stop English colonialists from using the building. 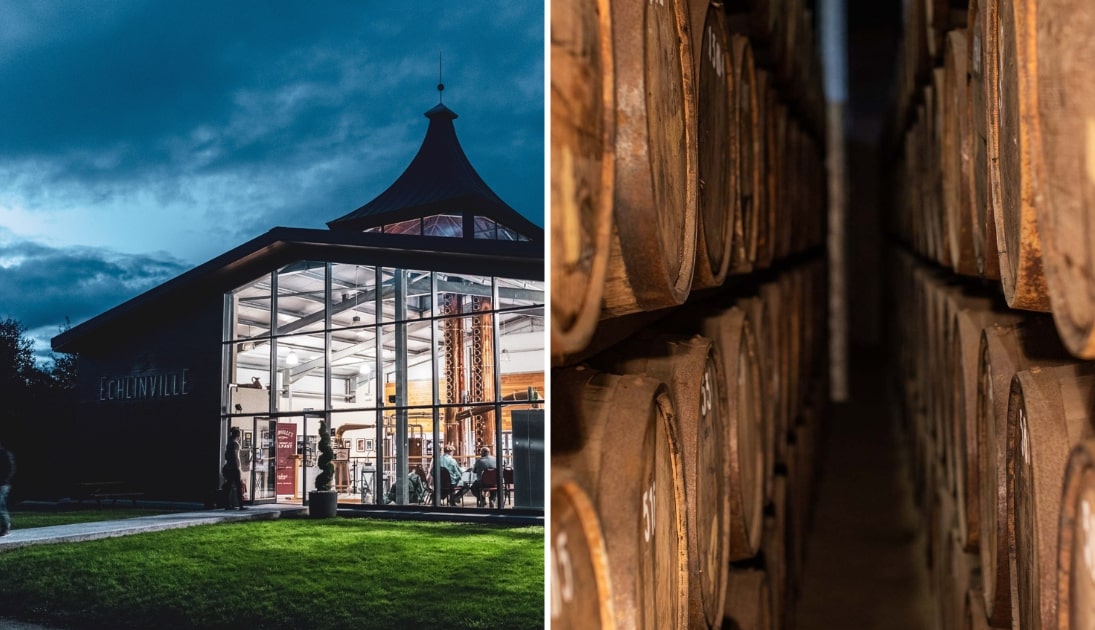 Photos via Echlinville Distillery on FB

Ok, so this isn’t one for the kids! But if you’re into your spirits, then there are few better places in County Down to visit than Echlinville Distillery. Ireland’s first farm distillery, here they craft whiskey, gin and poitín so make sure to book a fascinating distillery tour to see just how they make their exceptional spirits (and, of course, to sample a few too!). 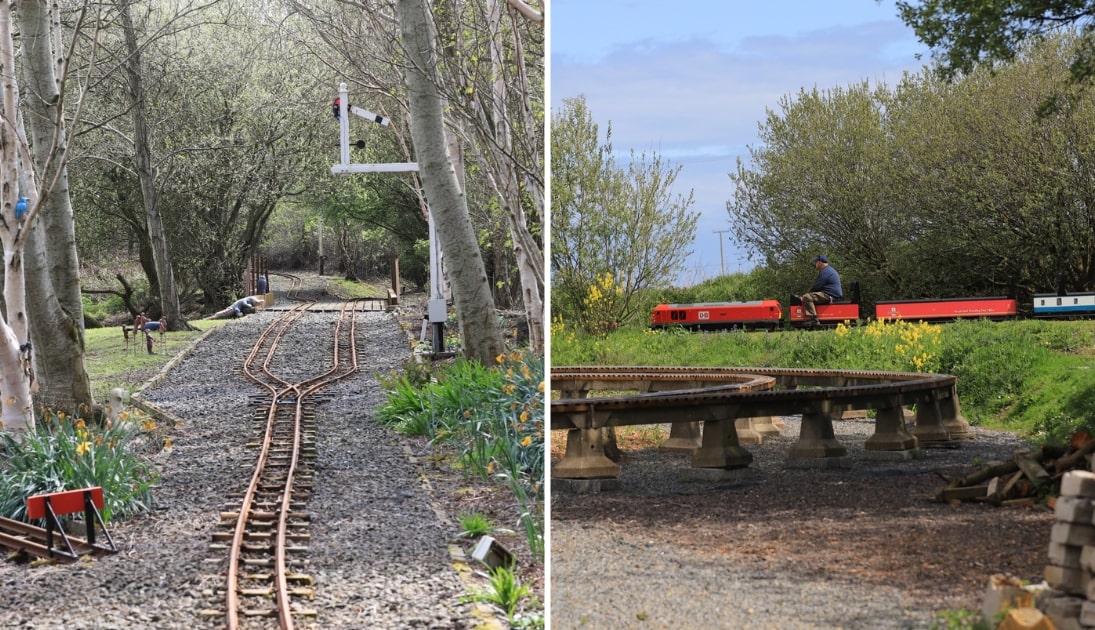 Photos via Drumawhey on FB

But this absolutely is one for the kids (and possibly the adults, if you’re a train nerd like me!). The longest Miniature Railway in Ireland, Drumawhey Junction Railway follows a variety of routes and journeys last around 12 minutes.

FAQs about the beach in Ballywalter

We’ve had a lot of questions over the years asking about everything from ‘Where do you park?’ to ‘Can you swim?’.

There are two handy car parks on either side of Harbour Road. The southern car park (and the one closest to the beach) also features public toilets and disabled parking bays

Can you swim at Ballywalter Beach?

While this is a popular beach, we can’t find any evidence of lifeguards on duty during the year or any information about how safe it is, so check locally when you arrive.