There are thousands of Irish jokes out there. Some are funny, others are dirty, and some are, well, some are bold!

In this guide, there’s a joke that’ll tickle every sense of humour (I’ve whacked the offensive Irish jokes in at the end if you’d rather dodge them!)

Some of these are plucked completely from memory (probably the bad ones) while others are pulled in from Whatsapp groups.

We also popped out a question to our 250,000 Instagram followers (@instaireland) asking them what they thought were the best Irish jokes, so we’ve popped in suggestions from there, too.

Hopefully these jokes give you a bit of a laugh and brighten up your day. If you think they’re shite, let me know in the comments section! 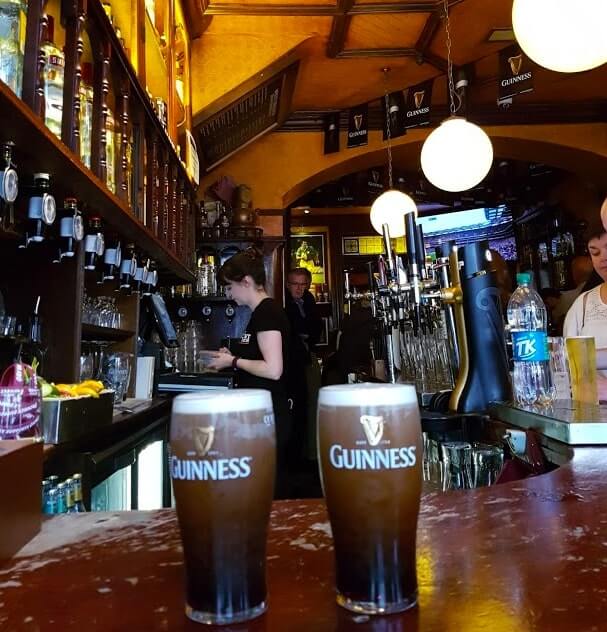 The 12 Best Irish Jokes I’ve heard in a while

So, what’s deemed ‘funny’ can be pretty subjective – i.e. what I think is gas, you might think is crap.

I’ve tried to bang in a mix of joke types so that there’s a bit of something for everyone.

Have a funny Irish joke that you want to share? Lash it into the comments section at the end of this post!

A Garda’s driving down O’Connell Street in Dublin when he sees two fellas pissing up against the window of a shop. He parks the car and runs over to them.

He asks the first fella for his name and address. The man replies, ‘I’m Paddy O’Toole of no fixed abode.’ The Garda turns to the second fella and asks the same question.

He replies, ‘I’m Ben Riordain, and I live in the flat above Paddy!’

Anto’s missus was in the Rotunda Hospital, ready to give birth to their first child. When they arrived, the nurse asked, ‘How dilated is she, sir?’.

Disclaimer: I left the majority of the more offensive jokes to the end, but one of the lads sent me this in a text and I thought it was gas (Irish slang for funny)!

What do you call a fella from Dundalk with 400 girlfriends? A farmer!

‘Sorry, love, can I have a pint of Guinness and a packet of crisps where you’re ready there’.

‘Oh. You must be Irish’, she replied. The man was evidently offended and responded, ‘The cheek, just because I order a pint of Guinness you assume I’m Irish. If I ordered a bowl of pasta would you that make me Italian?!’

‘No’ she replied. ‘But this is a newsagents…’

Sheamus drops into the local pub on the way back home from visiting the doctor. ‘What’s the story?’ Paddy asks when he sees the look on Sheamus’s face.

‘I haven’t been feeling myself lately’, Sheamus replied. ‘That’s good’ says Paddy. ‘Sure you’d be arrested for less!’

An Englishman, a Scotsman and an Irishman wander into a little old pub in Kildare. They each ask the barman for a pint of Guinness. After the pints are placed onto the bar, three bluebottles drop into each man’s freshly poured pint.

The Englishman pushes his pint away in disgust and orders up another. The Scot reaches in and plucks the fly out.

The Irishman reaches in, picks the fly out, holds it up close to his face and shouts, “Spit it out you little bastard.”

Yes, this is another potentially offensive and dirty Irish joke involving sheep. Scroll down if you’re easily offended.

An Irish farmer was walking along the boundary between his and his neighbour’s fields when he spotted his neighbour carrying 2 sheep in his arms.

‘Tony’, he called. ‘Are you going to shear those sheep’. ‘I am not’, the neighbour replied, ‘They’re both for me’.

An English lawyer was sat with his Irish client. ‘Marty’ he sighed, ‘Why is it that whenever you ask an Irishman a question, he replies with another question?’

‘Bollocks. Who told you that?’ asked Marty.

It was a cold Friday evening when the doorbell rang is Mrs Molloy’s house. When she answered the door, Pat Glynn, her husband’s manager at the brewery, was stood on the doorstep.

‘Pat. Hello. Where’s my husband? He should have been home from work 3 hours ago?’ The man sighed. ‘I’m sorry to be the one to tell you this, Mrs Molloy, but there was an accident over in the brewery. Your husband fell into a vat of Guinness and drowned’.

Ben walked into the local bar all a fluster and ordered seven shots of Irish whiskey and a pint of Smwithicks. When the barman arrived back with the pint, all of the shots of whiskey had been drunk.

‘Ah here, you drank those very quickly’ said the barman. ‘Well’ says Ben, ‘If you had what I had you’d drink them quickly, too’.

‘Shite’ replied the barman ‘What do you have?’ ‘A tenner’ replied Ben.

Two Irish lads were working for the local county council. One lad would dig a hole and the other lad would follow him and fill the hole in.

They worked up along one street and then down the other. They then moved to the next street and did the same, working flat out all day without stopping.

One lad digging the holes. The other lad filling them in.

So, he shouted over to the lad digging the holes, ‘I don’t get it – why do you dig a hole, only for the other lad to fill it in?’

The lad wiped his brow and sighed deeply, ‘Well, I suppose it probably does looks a bit odd. You see, we’re normally a three-man team. But today the lad who plants the trees phoned in sick.’

An Irishman was in New York patiently waiting to cross a busy street. There was a traffic cop manning the crossing.

The cop stopped after a few minutes and told those waiting to cross the road, ‘Okay pedestrians’, he said, ‘Let’s go’.

The Irishman stood waiting, growing more and more frustrated. After five minutes he shouted to the cop, ‘Here! The pedestrians crossed ages ago – when’s it time for the Catholics?!’

Photo by Dublin by pub

Easily offended? Or looking for Irish jokes for kids? This section is just for you.

Below, you’ll find 5 clean jokes from Ireland. If you do get offended by any of these, you need to get your noggin checked.

Here’s one for you – What’s Irish and sits outside all day and night? Patty O’Furniture!

Did you hear about the fella from Mayo that was born with two left feet? He went out the other day and bought some Flip Flips.

A man from Cork was in with his doctor. ‘Look, David. I’ve some bad news and some terrible news for you.’

‘You’re joking’ says the patient. ‘How on earth can the news get any worse’. ‘Well’, says the doctor, ‘I’ve been trying to get hold of you for the past 2 days’.

What do you call an Irishman with a case of chickenpox? A lepper-chaun.

Anto and his wife were lying in bed in their house in Dublin one Saturday morning. It was 8 o’clock and the neighbour’s dog was going mental.

‘F*ck this’, shouted Anto as he ran out of the room.

This one is so bad it’s good… Right, what do you call a bulletproof Irishman? Rick-O-Shea… 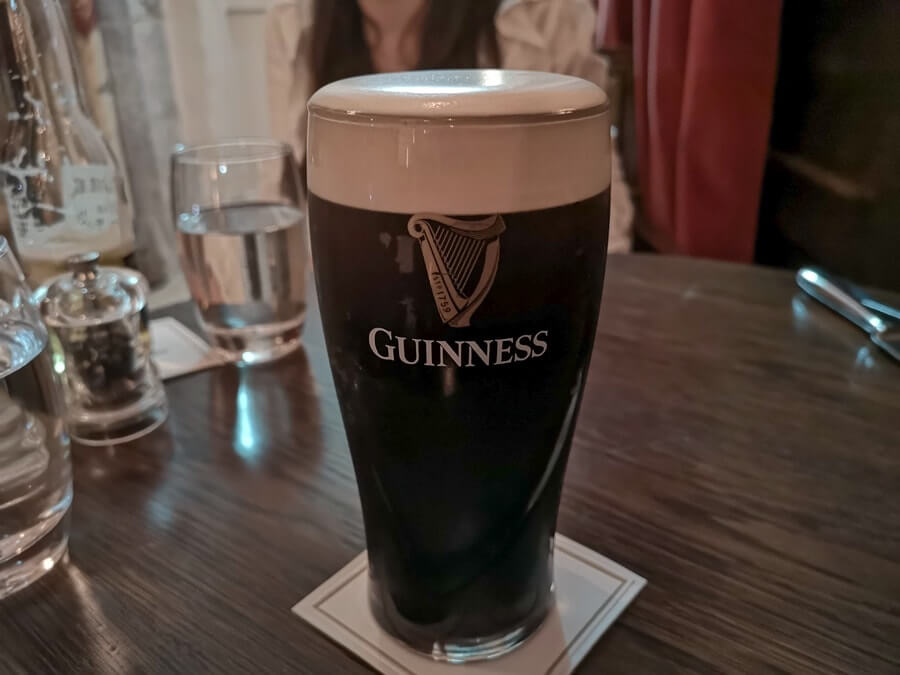 Some jokes can be so bad that they’re actually good. Emphasis on some. There’s probably a handful of great bad Irish jokes below, along with some shite ones, too.

How come you can you never borrow a few quid from a leprechaun? Because they’re always a little short…

Three lads from Roscommon were getting paid to take part in a survey about tea drinking. One of the questions was ‘How do you stir sugar into your tea?’

‘I stir it in with a spoon’, replied the third.

What does an Irishman get after eating a load of Italian food? Gaelic breath.

‘Sure you’re on the other side’, replied the second.

Why are there only a handful of Irish lawyers in London? Because only a few of them could pass the bar.

Did you hear about the cross-eyed teacher in the national school in Westport? He resigned because he couldn’t control his pupils.

What do you call a huge Irish spider? A Paddy-long-legs.

What do Irish ghosts drink on Halloween? BOOOOOOs.

A Cork man went for a job at the local stables. When he sat down for the interview, the farmer asked him ‘Have you ever shoed horses?’

The Cork man thought about this for a couple of minutes and replied, ‘No, but i once told a donkey to get f*cked’. 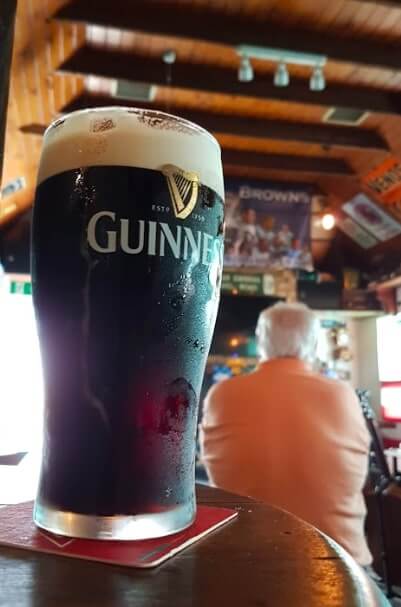 Photo by Dublin by pub

OK – none of these jokes are going to be overly filthy, because this is a site for all the family.

Also… my Mam reads the stuff I write, and I don’t want her disowning me!

1. Two Irishmen at a funeral

Two Irishmen were walking out of a funeral. One turns to the other and says, ‘It was a beautiful ceremony, wasn’t it?!’

‘It was’, replied the friend. ‘Listen – when I die, will you pour a decent bottle of whiskey over my grave, as a toast?’.

‘I will’, says the friend. ‘But would you mind if I run it through my kidneys first?’

A lad from Clare went to his local doctor with cramps from constipation. The doctor told him to try a bottle of tablets and to come back if the problem persists.

A week later the lad comes back. ‘We’ll, are you feeling any better?’, asked the doctor. ‘No’, the man replied. ‘Was I definitely meant to shove them up my arse?’

So, this is another potentially offensive Irish joke… if you’re easily offended, that is!

What’s the difference between a Irish wedding and an Irish wake? There’s one less pisshead (an Irish insult) at the wake! 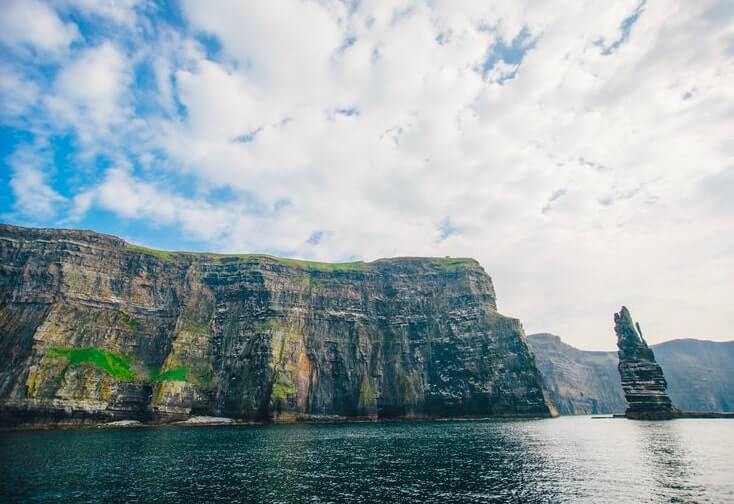 Pop any jokes you have into the comments section below and we’ll have a nosey at them.

If I see one famine/potato related joke you’re all barred!

What do you call an Irishman with a drink in each hand?

Paddy and Mick are walking down the road and Paddy's got a bag of doughnuts in his hand. Paddy says to Mick, "If you can guess how many doughnuts are in my bag, you can have them both"

Reading these really helped lighten my day. I've been sharing them in letters with my son who's in bootcamp. Thank you for sharing.

Did you hear about the Irishman who took his car for its first service?

He got it stuck between the church doors!

What do you call a nun with a washing machine on her head? - Sista-matic. (Sister Matic)