Deciding how to get around in Ireland can be stressful.

Especially if this is your first time visiting and you don’t know the lay of the land.

Over the 33+ years that I’ve lived in Ireland I’ve travelled about by car, train bus, bike and everything in between.

The guide below leans on my many years of getting around Ireland while making every mistake imaginable along the way! 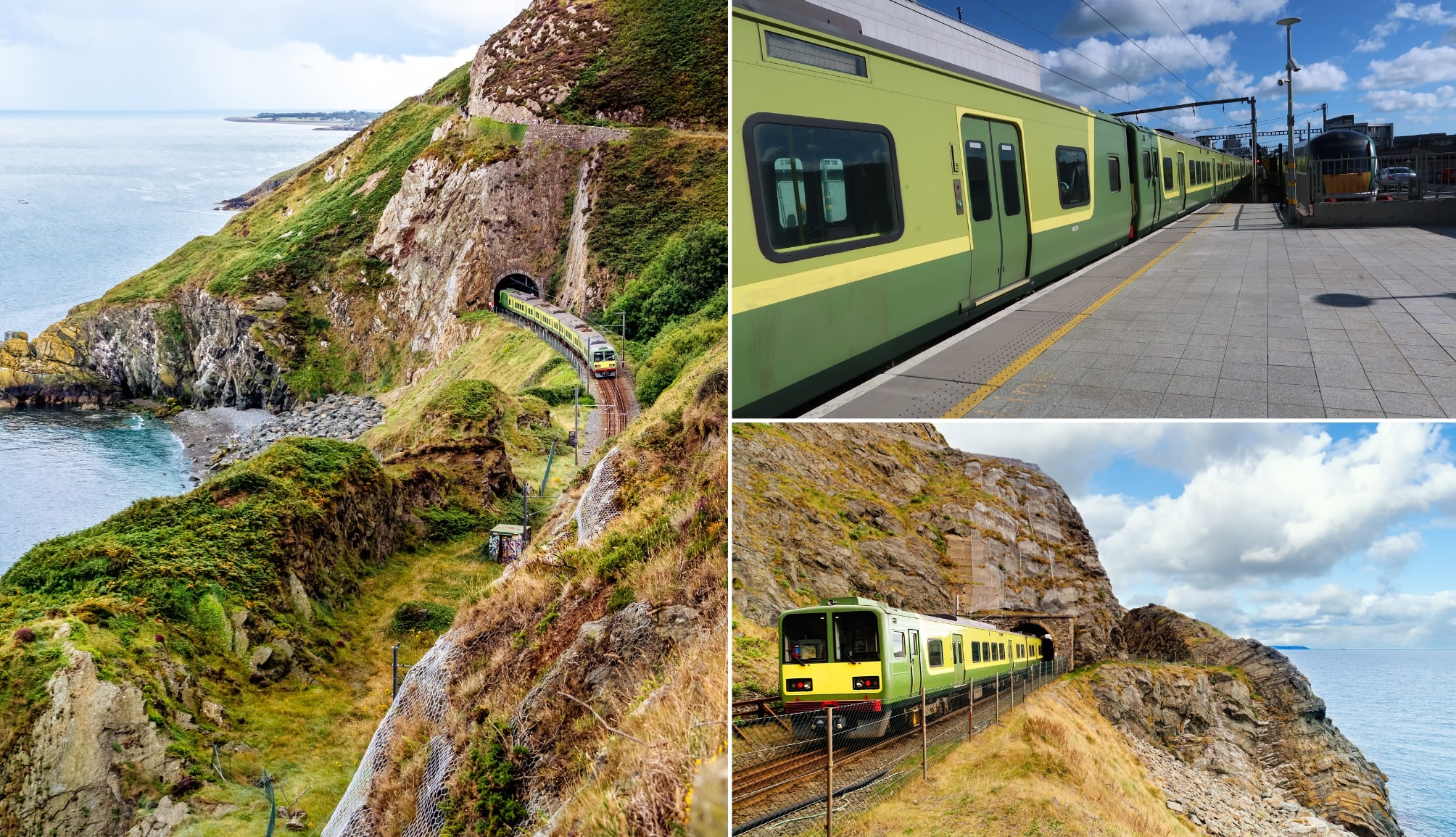 Take 30 seconds to read the points below as they’ll get you up-to-speed on how to get around in Ireland quickly:

1. Your options are car, bus, train, tour and tram (kinda)

Public transportation in Ireland varies by county-to-county. You’ll find all of the above in Dublin (the capital) and most ‘main’ cities and towns (e.g. Killarney) will have the first four. More info below.

2. If you’re unsure, focus on your planned route

I’d recommend that you don’t even think about how to get around in Ireland until you’ve at least mapped out a rough Ireland itinerary. The reason for this is that it may not be possible to do what you want to do without a car or it may be completely doable to do your whole trip via public transport.

3. There are pros and cons to ever mode of transport

Most people (myself included) say that the best way to get around Ireland is by car, but there’s pros and cons to it and every mode of transportation. It’s worth weighing up the pros and cons of each as they’ll ultimately help you decide.

4. Budget will often be a decider

9 times out of 10 budget is the decider to how visitors get around in Ireland. Renting a car in Ireland is often pretty expensive and, if you’re doing Ireland on a budget, the cost of your trip to Ireland will drop dramatically by using buses and trains. 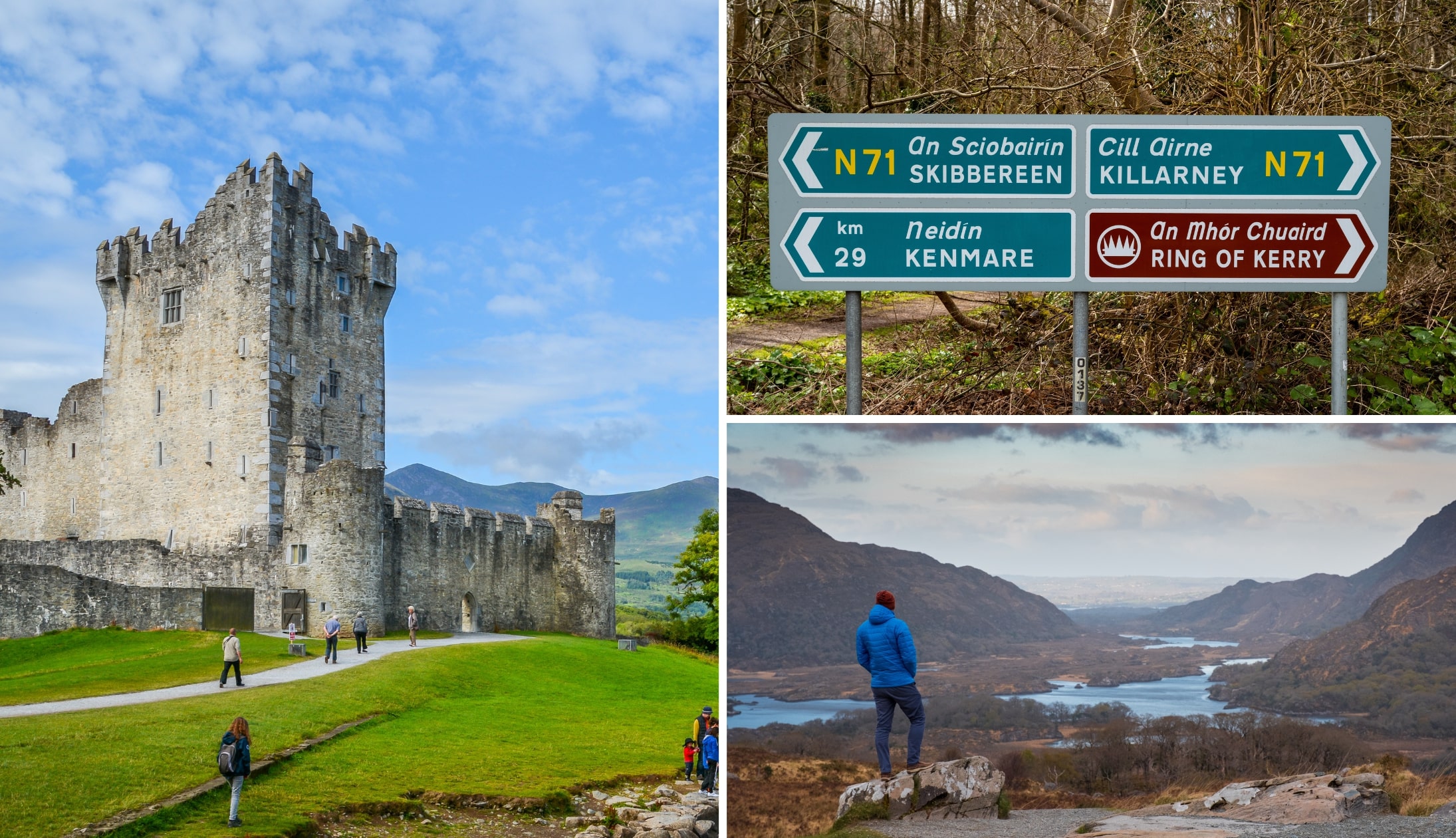 Deciding how to get around in Ireland isn’t a decision to take lightly. Your main mode of transport, where it be a car or a bus, is going to have a massive effect on your trip.

There are three different things to consider when making your decision: 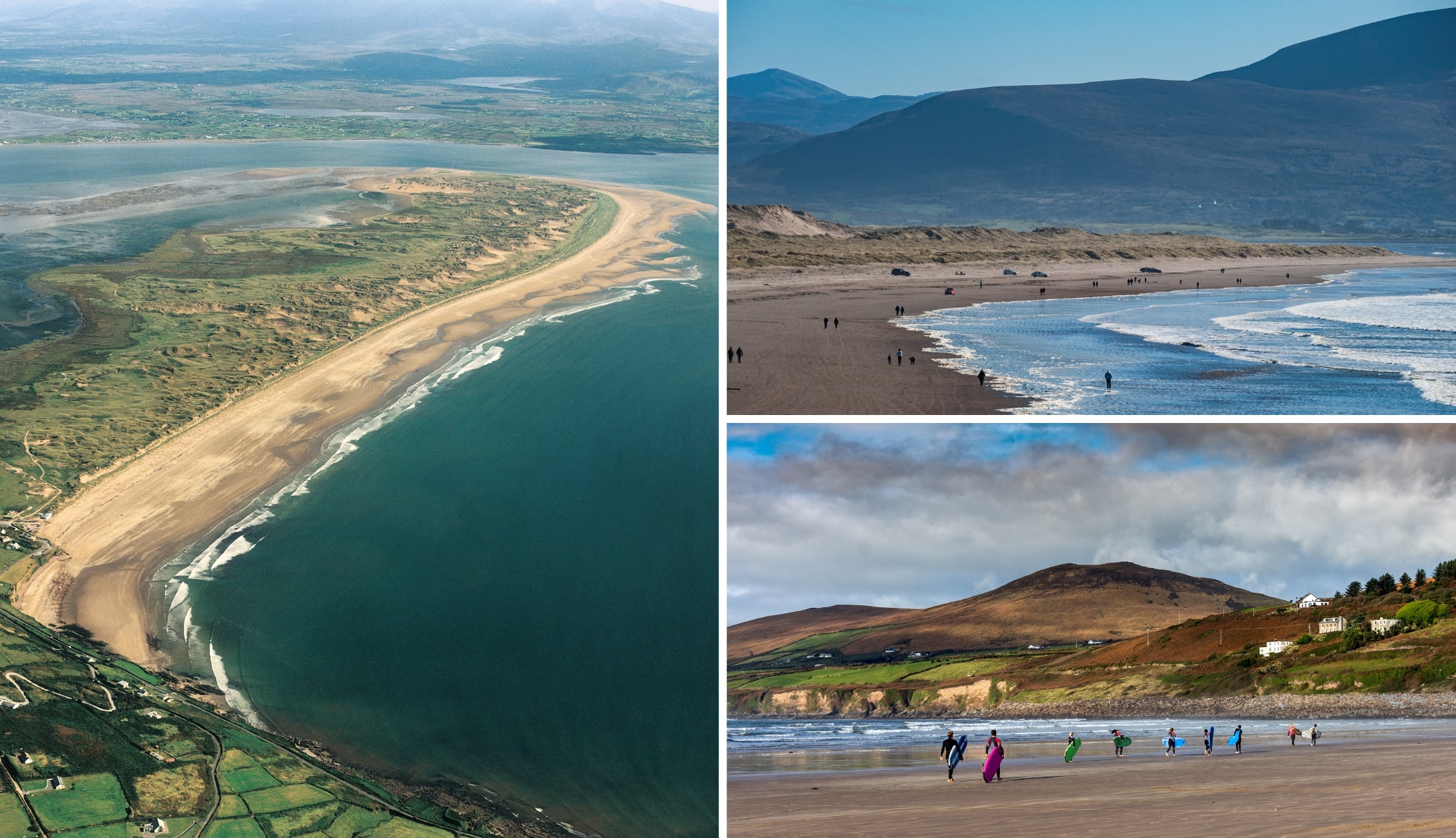 The biggest thing to consider about how to get around in Ireland is how the chosen mode of transport is going to affect your overall experience while travelling.

If you’re nervous behind the wheel and you’re driving in Ireland for the first time, will having to drive each day cause you stress and ruin the trip?!

Or maybe you love driving and the thoughts of driving the Ring of Kerry or the Antrim Coast will be the highlight of the trip?!

Or, if getting around Ireland needs to be as stress-free as possible for you, maybe you’re better off booking on an organised tour! 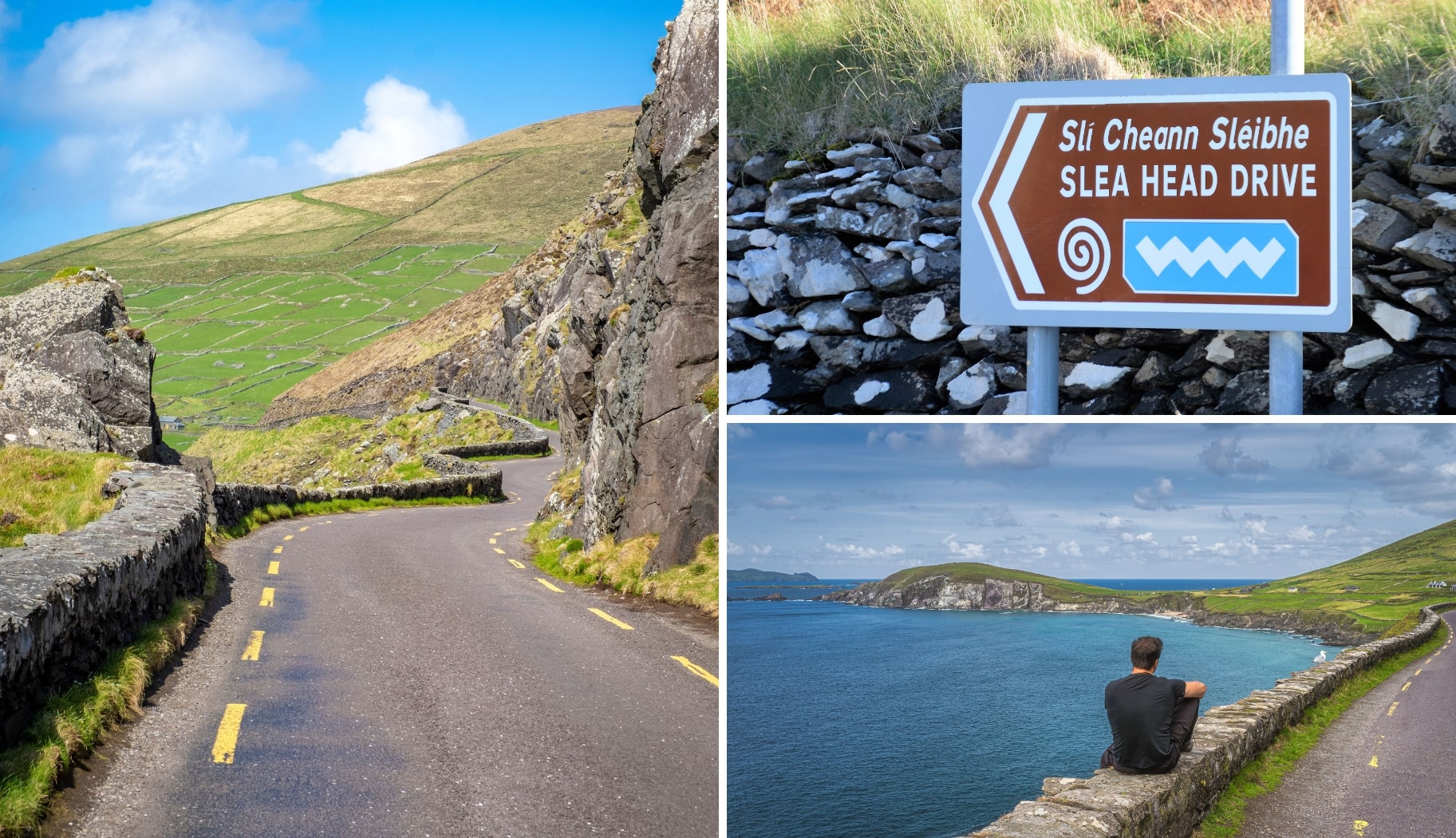 Another massive consideration for when you’re trying to figure out the best way for getting around Ireland is how much money you have to spend. 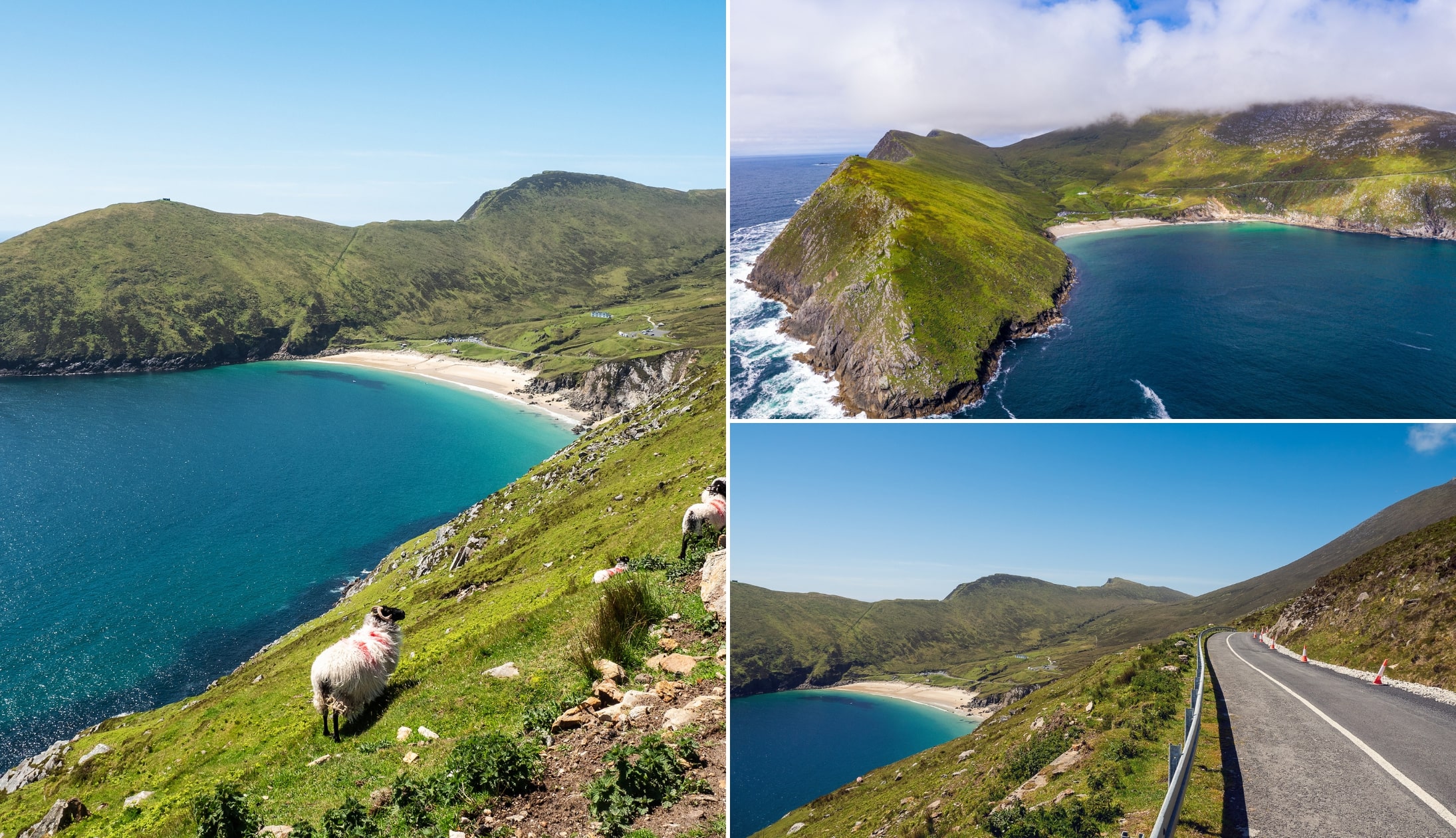 Another good way to help you pick the best way to get around Ireland is to write down all of the various places that you want to visit.

If, for example, you’re only visiting big towns or cities in Ireland, public transport will be fine (see our guide to getting around Ireland without a car).

If you fancy visiting places off the beaten track, a rental car or a private driver (expensive) are your best bests.

At the end of the guide, I’m going to pop down a few different scenarios and recommend what I think are the best modes of transport for each example.

The pros and cons to getting around in Ireland by car, tour and public transport 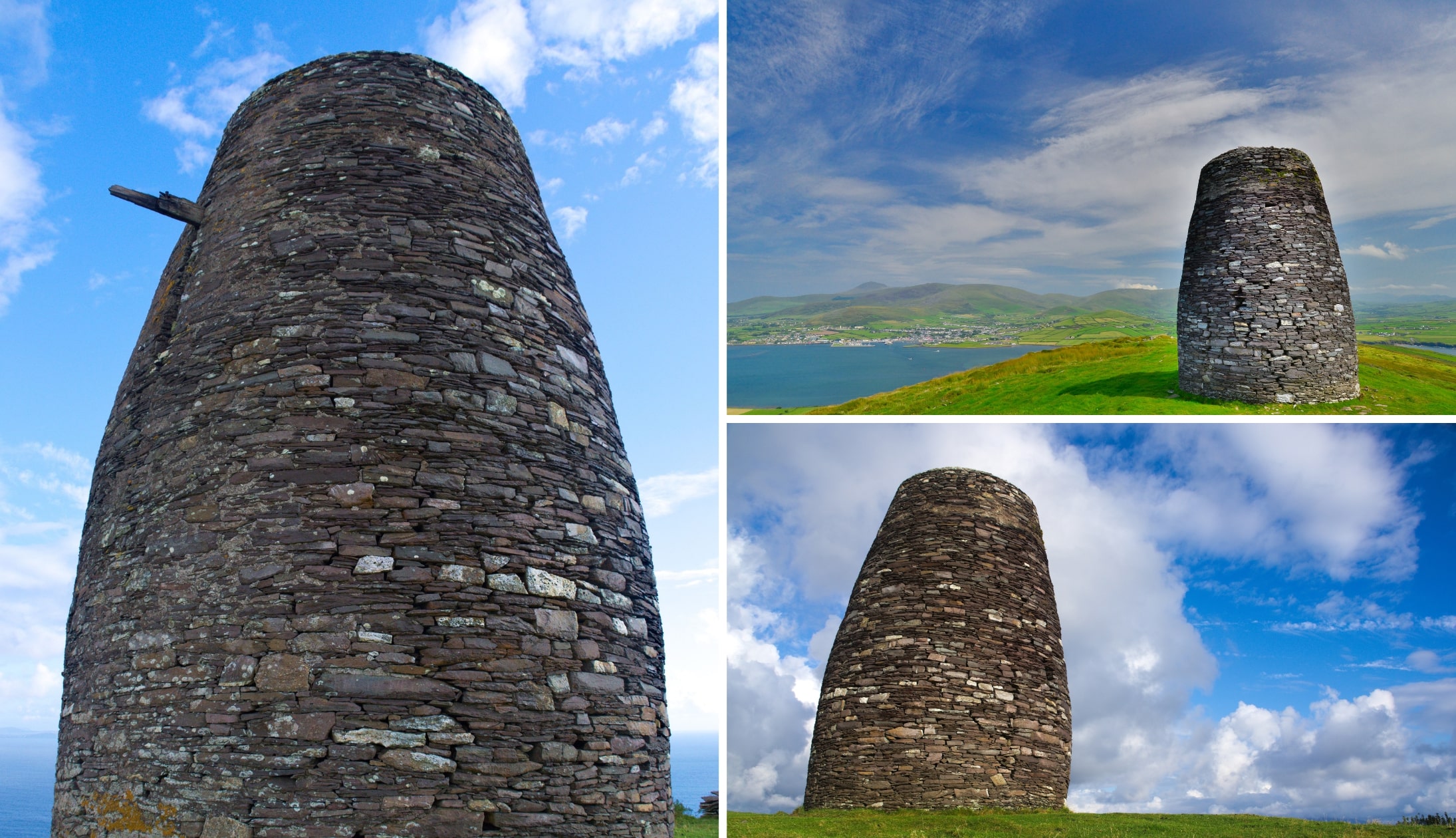 When deciding how to get around in Ireland, it’s worth weighing up the pros and cons to each mode of transport.

Below, you’ll find the advantages and disadvantages of getting around Ireland by bus, train, car and tour. 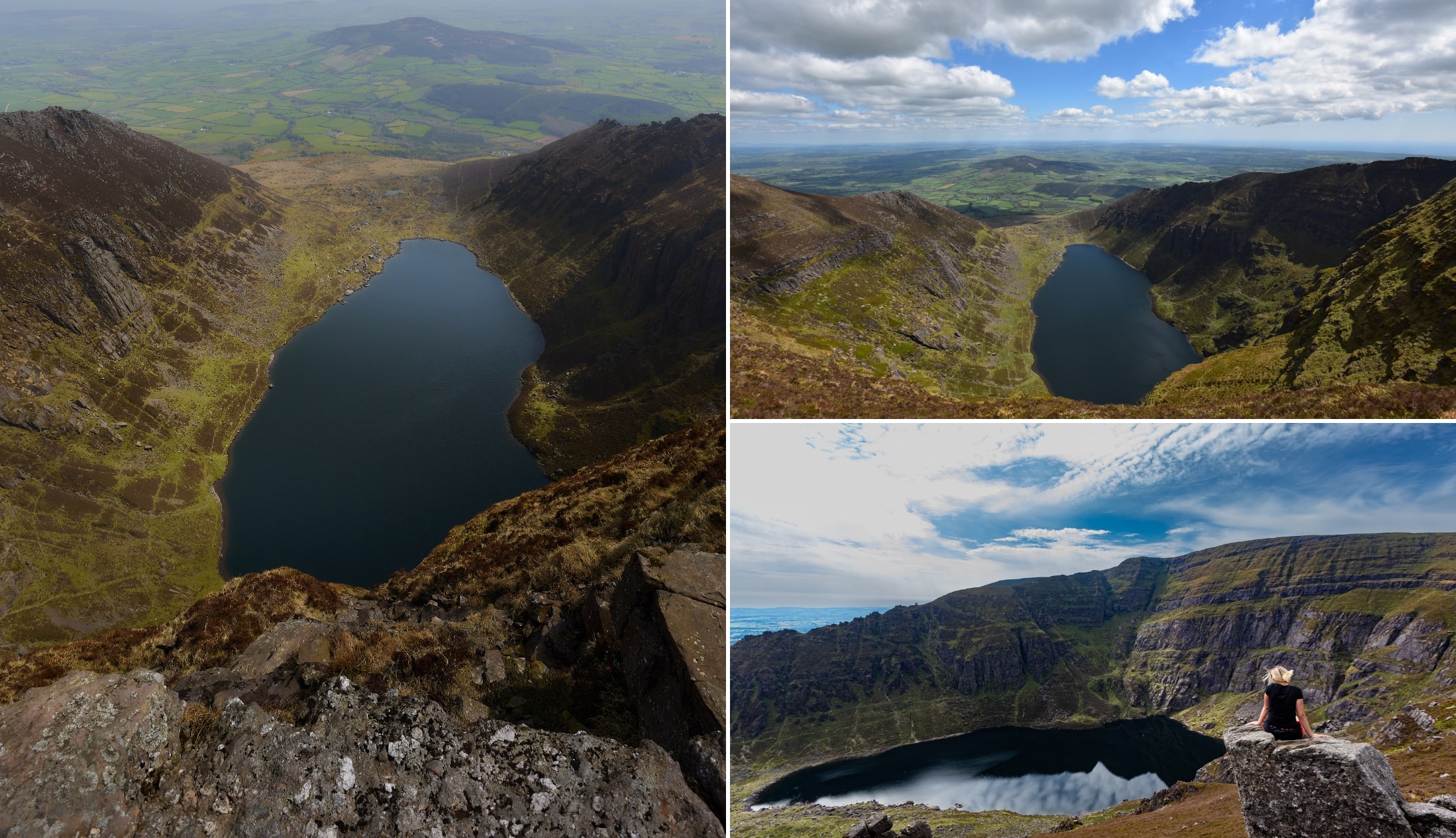 One of the best ways of getting around Ireland is by car.

A car gives you the freedom to go where you want when you want, without having to rely on public transport or tour providers.

Getting around Ireland by car has far more advantages than disadvantages. The main advantage is freedom; being able to go where you want whenever it tickles you fancy makes this a very attractive mode of transport for many.

The biggest disadvantages of using a car for getting around Ireland is that it’ll be expensive for solo travellers and it’s likely to make the trip unnecessarily stressful for some drivers. 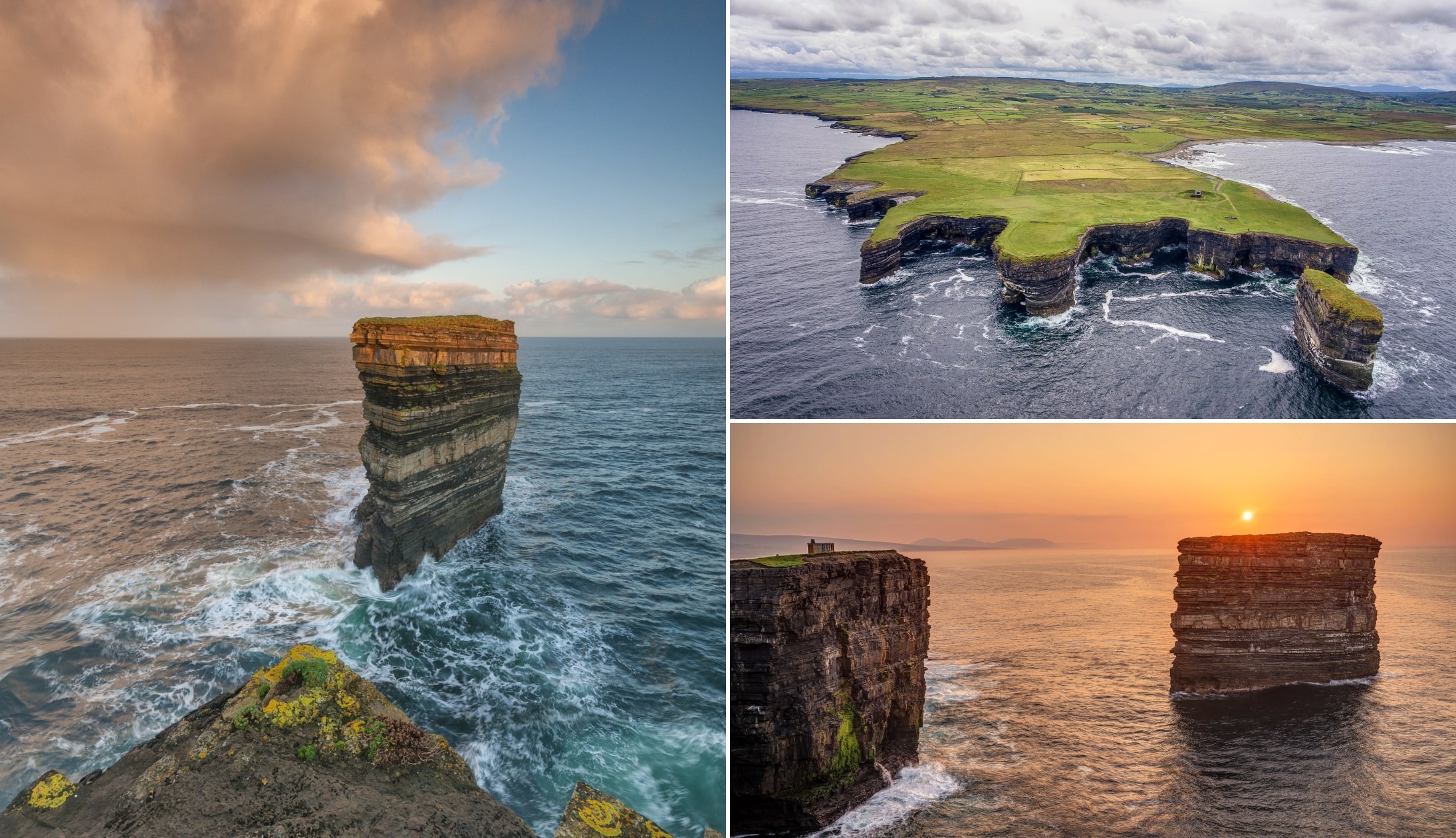 Public transport in Ireland can be very hit and miss. It’s generally good in the main towns and cities, but services get poorer the more off-the-beaten-path you go.

Now, we’ve published hundreds of Irish road trip guides using only public transport for those of you that want to avoid the planning pains. Here are the pros and cons:

3. Getting around Ireland with a tour company 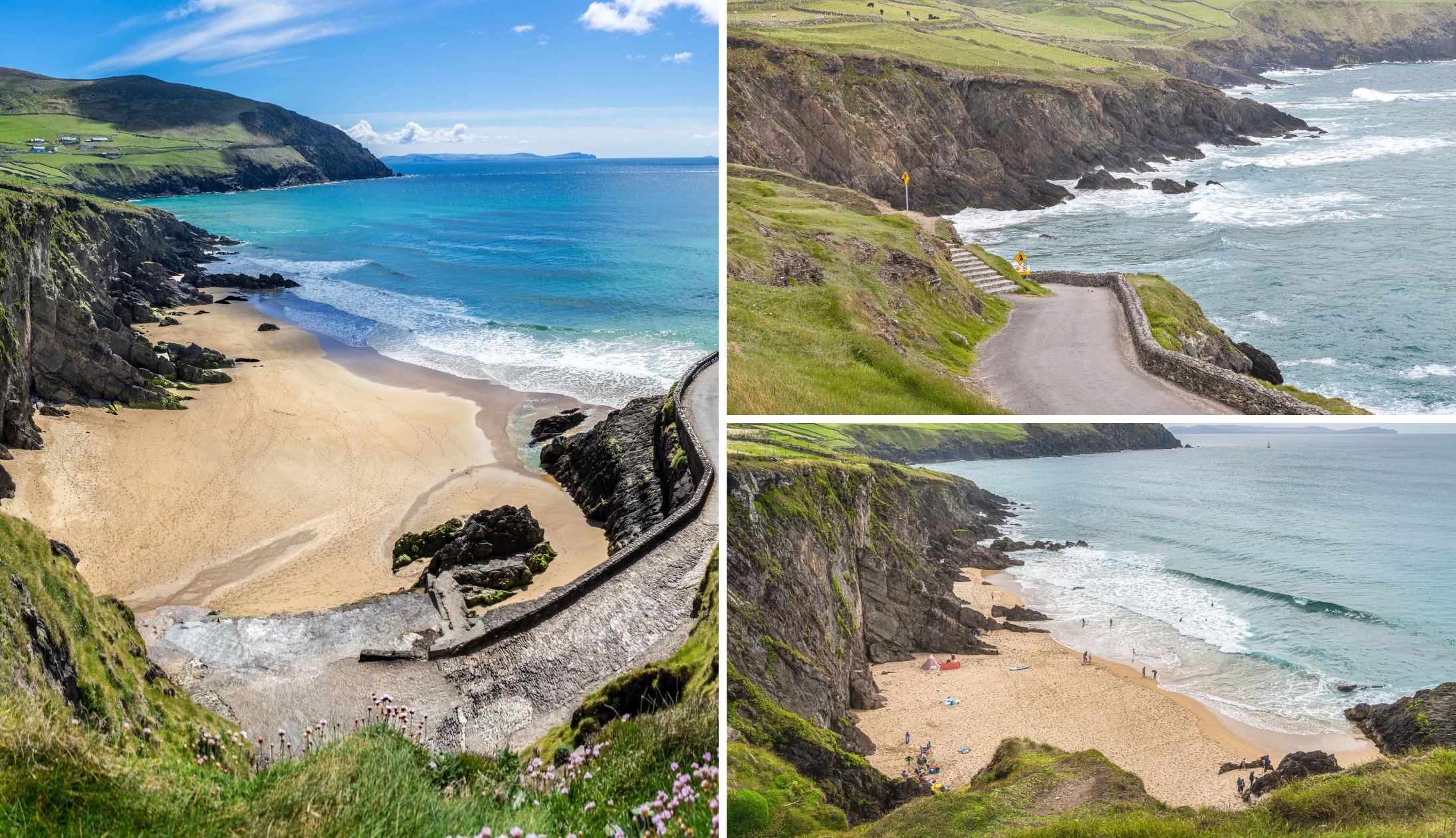 Another popular way to get around Ireland is by using a tour provider that organises all-in tours of Ireland. These tend to be pretty popular and they vary in terms of group size and trip length.

One quick word of warning: if you’re booking a tour of Ireland in advance, make sure to do plenty of research in advance. Be crystal clear on what’s included and what’s left to pay for. 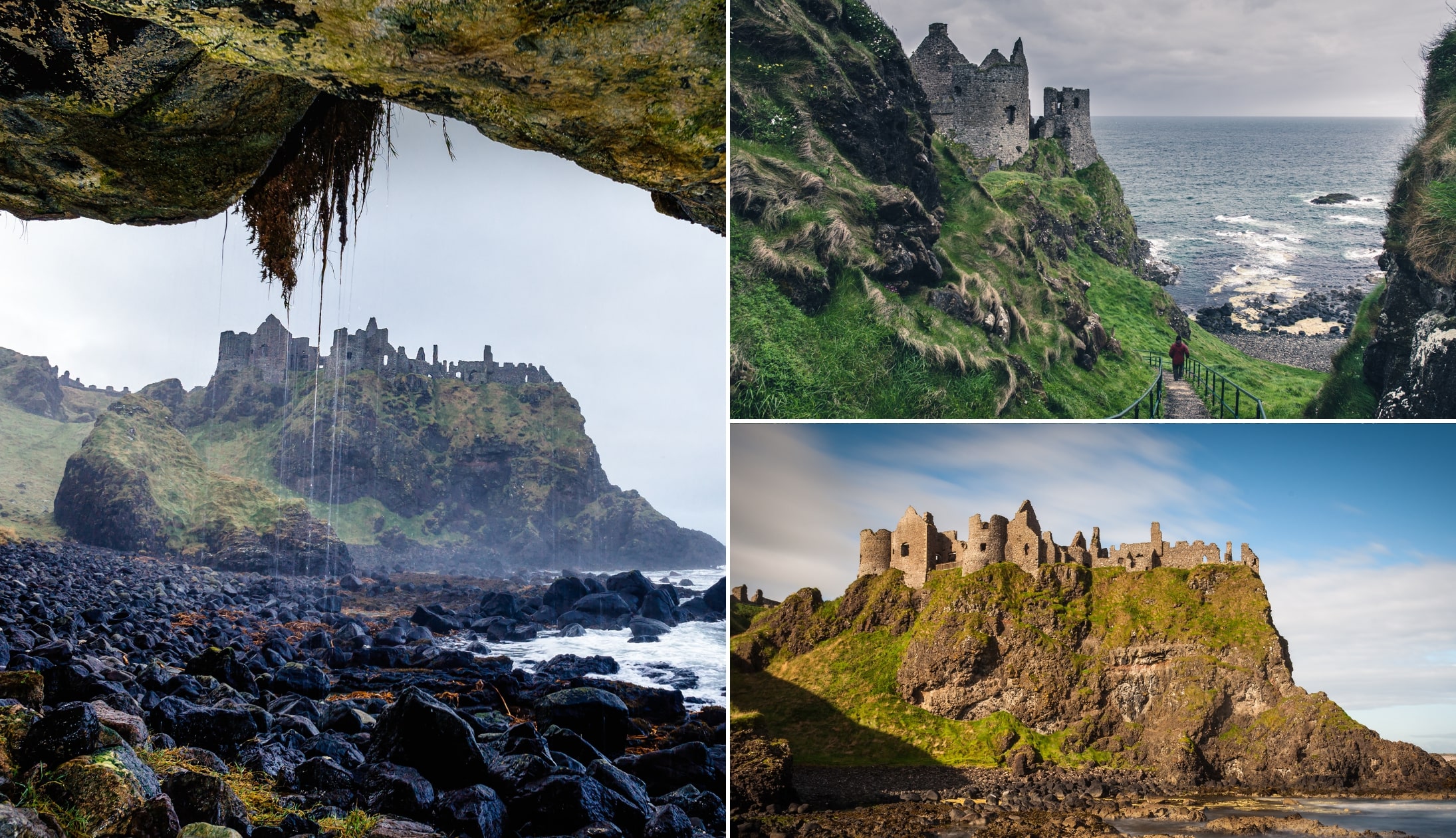 If you’ve deep pockets and money isn’t an option, a private driver is arguably the best way to get around Ireland. Now, this is definitely a less popular option, as it’s costly and there are far less providers.

If you fancy going down this route, do PLENTY of research – you’re going to be stuck in a very small space with this person for long periods of time – you need to find someone that’s going to enhance your experience and not hinder it.

The best way to get around Ireland, in my opinion, is to combine modes of transport.

This is especially useful for those of you who want to avoid car rental.

A combination of public transport and organised tours is going to be a solid option for those of you that can’t (or that don’t want to) rent a car.

Example: you fly into Dublin and you’re there for three nights. You can get around easily on foot and by using buses, the LUAS (a tram) and the DART (train).

You explore the city for two days and take a day tour to Meath on the third.

Your fourth, fifth and sixth nights are spent in Galway. You can spend day one exploring the city. Day two on an organised tour to Connemara and day three on a day tour to Clare.

Another solid combination is by using a rental car and public transportation. Let’s say you fly into Belfast. You spend the first day exploring the city.

Then you rent a car for a few days and drive the Causeway Coastal Route and then head on to Donegal.

Or, let’s say you fly into Shannon. You rent a car near the airport and then drive to Kerry. You explore the various peninsulas for a few days before dropping off the car and heading to Killarney.

You spend the day in the national park before taking the train to Dublin and exploring the capital. Or you could take the train to Waterford or Tipperary.

Deciding how to get around in Ireland can be stressful, as it has such a massive impact on your overall trip.

The easiest way to decide the best transport type for you is to consider:

When you’ve taken the above into account, you’ll then want to map out a rough itinerary (follow the steps here – they’ll remove stress from the process).

Once you have your route, you’ll be able to determine how to get around. Or, if you don’t want the hassle of planning the itinerary, follow one of our detailed road trip guides.

FAQs about how to get around in Ireland

We’ve had a lot of questions over the years asking about everything from ‘How to get around in Ireland on public transport?’ to ‘What’s the cheapest option?’.

What is the best way to get around Ireland?

In my experience, based on 33 years of living here, the best way to get around Ireland is by car. However, if you’re only visiting main towns and cities, you could easily use public transport.

Is it easy to get around in Ireland?

Yes and no. For example, without a car, getting around Donegal can be a nightmare. With a car, you’ll have no hassle. Main towns and cities are well served by buses, also.

What is the cheapest way to travel around Ireland?

If you’re looking to keep costs low, getting around Ireland via buses and trains is the cheapest option. You can reduce costs further by booking tickets in advance.

This information is very helpful! I’m trying to plan a road trip of sorts- but actually using a rental car within and around the major attractions yet take trains from city to city. Is it possible to rent cars short term in different parts of the country and travel the long distances between cities by train? Thanks for your help!

This is great information. I am thinking of renting a camper. Is there a place where I can get a complete guide to campsites in Ireland? My plan is to see as many castles as I can in 2 weeks around the Island.

Hi Keith, We are considering hiring a motorhome to travel Ireland? What are your thoughts on this?We have been on an organised tour before. We want the freedom to explore and be spontaneous with our trip.Not have pre booked accommodation etc or a set destination.

Planning a trip in the Spring of 2023. So far plans include landing in Shannon, 2 days sightseeing Galway area, then on to Kenmare and seeing Ring of Kerry and the Beara Peninsula. Beara is primary objective as mother was born and raised there. However can't clarify if there's bus service to Kenmare or service from Kenmore to Castletownbere. Is there? Will have approx 2 weeks to sightsee and visit, cant decide if a car will be doable for second week. Your thoughts please.

Hey Mary! From what I can tell, you'd need to take a bus (the 286) from Castletownbere to Glengarriff and then take another from Glengarriff (the R51a) to Kenmare. When you say that you can't decide if a car will be doable, what do you mean?

Hi Keith, I love your site. I have always wanted to go to Ireland and now is the time. I'm thinking of early September. I'm thinking of flying into Shannon from US. I wonder if you know of small group tours or a private driver. I have never done tours before but this is the first time I will be traveling alone. I like your suggestion of driving the coastline. Anyway, any suggestions would be helpful. Sincerely, Sheila