Who are the best Irish bands of all time?

This is a subject that tends to cause a fair bit of heated debate online of music fans, and understandably so.

In fact, in the weeks after we published our guide to the best Irish songs, we received just over 50 emails from people complaining that we left ‘X’ song out…

In the guide below, you’ll find who we believe are the top best Irish bands to come out of Ireland over the last thirty years.

The best Irish bands of all time 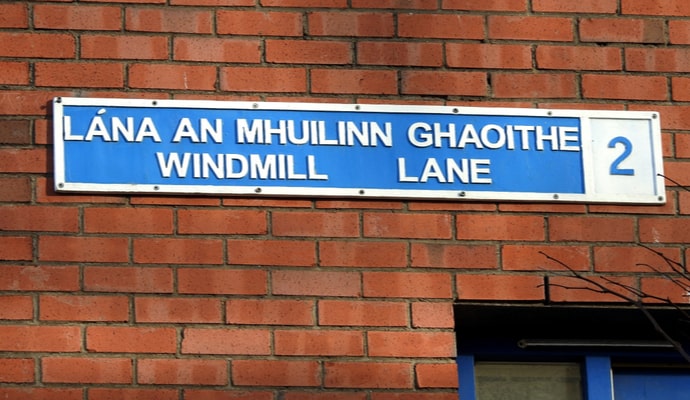 Photo by Derick Hudson on shutterstock.com

Ireland has produced countless celebrated (and just as many underappreciated!) musicians over the years.

In no particular order, here are 11 best Irish bands of all time (in our opinion). Disagree? Let me know in the comments section below!

In our opinion, the Dubliners are one of the best Irish bands ever. Founded in 1962, The Dubliners were a successful Irish folk band for over 50 years, although there was a steady change in the line-up over the decades.

Original lead singers Luke Kelly and Ronnie Drew ensured the band became a big hit with people from Dublin and beyond.

They became one of the most popular Irish bands thanks to their catchy, traditional ballads and their powerful instrumentals.

They officially disbanded in 2012 and received a Lifetime Achievement Award from BBC Radio 2 Folk Awards.

However, some of the band are still on the road, now playing as “The Dublin Legends”. You’ll find many songs from the Dubliners in our guide to the best Irish drinking songs.

As one of the most famous Irish bands to ever form, U2 are synonymous with the expressive vocals of lead singer/guitarist Bono along with “The Edge” (David Howell Evans on keyboard), Adam Clayton on bass guitar and Larry Mullen Jr. on drums.

The band formed while the musicians were still attending Mount Temple Comprehensive School in Dublin.

Four years later they had a contract with Island Records and celebrated the first of 19 number one hits in the Irish charts with War in 1983.

Their lyrics often reflected the political and social conscience of the band which has netted them 170 million record sales and 22 Grammy Awards – the most ever.

3. The Cranberries (one of the best Irish rock bands)

Straight out of Limerick, The Cranberries are one of the more famous Irish rock bands. They describe their music as ‘alternative rock’ but with a nod to Irish folk-rock, post-punk and pop thrown in here-and-there.

Founded in 1989, their debut album Everybody Else is Doing it so Why Can’t We? put them on the road to international fame in the 1990s.

After a break, they returned in 2009 to record their Roses album with their final album In the End released 10 years later in April 2019.

They disbanded after lead singer Dolores O’Riordan was tragically found passed away in her hotel room. She was the first Irish artist to reach one billion views on YouTube.

Fronted by Shane MacGowan, The Pogues took their name from the Irish phrase póg mo thóin, meaning “kiss my arse”.

One of the top Irish bands prominent in the ‘80s and early ‘90s, their apex was the classic recording of Fairytale of New York. They had a less successful reincarnation from 2001 to 2014.

Considered one of the best Irish bands of all time, Thin Lizzy was a Dublin-based Irish rock band founded in 1969, so you’re showing your age if you saw them play live.

Vocalist Phil Lynott was the leader and his death in 1986 was something the band never recovered from despite several new lineups.

Unusually, the band members were from both sides of the Irish border, and from both Catholic and Protestant backgrounds. Best known songs include Dancing in the Moonlight (1977) and The Rocker (1973).

Playing music inspired by Irish jigs, reels and airs, The Horslips formed as a Celtic rock band in 1970 and disbanded 10 years later.

They were never hugely successful when compared to the famous Irish bands above, but their music was considered influential in the Celtic rock genre.

Notably designing their own artwork (the group met when working together at a Dublin advertising agency), they established their own record label.

At their final gig, they played the Rolling Stones hit “The Last Time” in the Ulster Hall and disbanded without fanfare to pursue other careers.

They hold numerous awards and continue to be the biggest arena act of all time, their concerts selling out in minutes.

You’ll find many of Westlife’s top hits in our guide to the best Irish loves songs of all time (includes a Spotify playlist).

If you like the haunting sounds of Irish Uilleann Pipes (like bagpipes) The Chieftains instrumental music is sure to appeal.

The Chieftains formed as a traditional Irish band in Dublin in 1962 and helped popularize Irish music internationally. In fact, in 1989 the Irish government awarded them the honory title “Ireland’s Musical Ambassadors”.

They rose to fame playing the soundtrack to the film Barry Lyndon and have since successfully collaborated with Van Morrision, Madonna, Sinead O’Connor and Luciano Pavarotti. Their farewell tour in 2020 was sadly interrupted by the Coronavirus.

You may have seen the above collaboration with Sinead O’Connor feature in our guide to the best Irish rebel songs.

Snow Patrol are one of the best Irish bands to come from the 2000s. if you’re not familiar with them, they’re a Scottish/Northern Irish Indie rock band that rose to fame in the early 2000s.

Their 2003 album Run reached 5 platinum records and from then on national fame was assured.

Still playing, the band has racked up six Brit Awards, a Grammy and seven Meteor Island awards – not bad for a group of lads who met and played their first gigs at Dundee University!

Siblings Andrea, Sharon, Caroline and Jim are from Dundalk and to date have sold 40 million albums and countless singles.

They were awarded MBEs in 2005 for their outstanding charitable works alongside Bono and The Prince’s Trust as well as independently.

You’ll widely see the Coors top American guides to the best Irish bands, as their music is still extremely popular in that neck of the woods.

You may not be familiar with Clannad, but you will know their original band member Enya, for sure. Formed in 1970 as a family group (three siblings and their twin uncles) they won the Letterkenny Folk Festival in 1973 with their song Liza.

They were joined for a time between 1980 and 1982 by sister/niece Enya Brennan on keyboard/vocals before she founded her own successful career.

They have enjoyed international recognition (more than in their native Ireland) and have picked up countless awards including a Grammy, BAFTA and Billboard Music Award.

The top Irish bands: which ones have we missed? 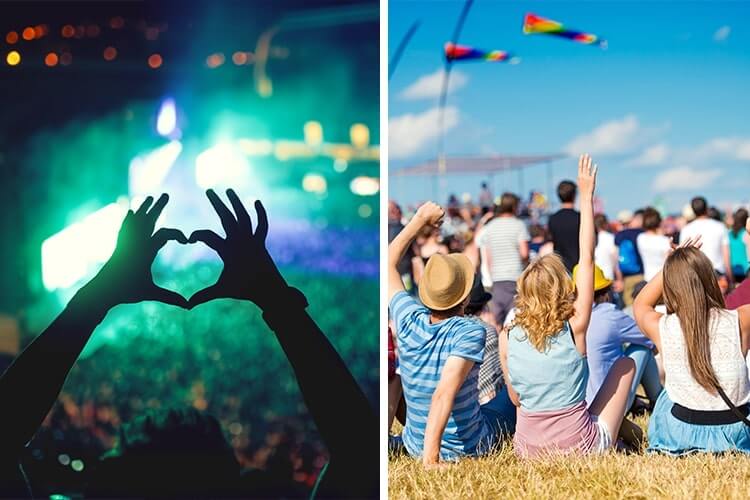 Photo on right by Halfpoint. Left by bogdanhoda (shutterstock.com)

I’ve no doubt that the guide above has unintentionally left out some top Irish bands. If you have a favourite that we’ve missed, let me know in the comments below.

Moving Hearts without doubt should be here as well...

Stiff Little Fingers certainly could make the list if you’re counting the North of Ireland too.

You missed the Wolfe Tones, still selling out venues internationally since 1964.

My Bloody Valentine should be on there for sure - really influential alternative rock band.

what about celtic woman? they're one of the most successful irish bands. they range from traditional music fused with modern day music.