One of the most common questions that we get from people revolves around what money is used in Ireland.

Although we’ve covered it fairly extensively in our ‘A Locals Ireland Travel Guide’, the questions still gets asked over and over again.

So, here we are – a definitive, no bullsh*t guide to everything you need to know about the currency in Ireland, from what it is to how to exchange it and more.

What is the Currency in Ireland? 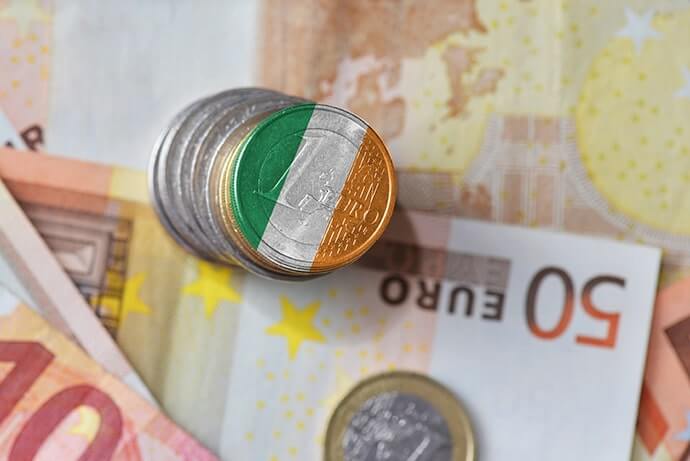 Now, if you’re reading this and scratching your head thinking, ‘Eh, why’s there two different currencies?’, hop into our guide to Northern Ireland vs Ireland.

Below, you’ll find more specific info on the currency in Ireland, from how notes and coins break down to the rounding system.

The pound used to be the currency in Ireland

Often, I’ll chat to confused tourists that visited Ireland 20 or 30 years ago, and who brought pounds with them to Ireland that they had leftover from their previous visit.

The Irish pound used to be the official currency in Ireland. In 2002, it was replaced by the Euro. In fact, it was officially replaced on January 1st, 1999, but the Euro didn’t start circulating in Ireland until the start of 2002.

A ‘Rounding System’ was brought into Ireland in 2015. It basically states that the total of a transaction needs to be either rounded up or down to the nearest five cents.

Now, it’s worth keeping in mind that some places won’t accept a €500 if they don’t have change, so try and avoid these. 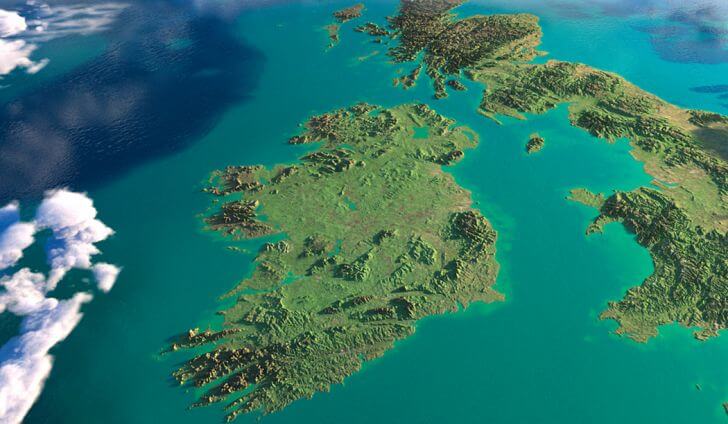 This is where the confusion around what currency Ireland uses tends to stem from. Northern Ireland, like England, Scotland and Wales, uses Pound Sterling.

So, if you’re holidaying in Louth and you take a day trip up to Belfast to do a bit of shopping, you’ll need to either pay with your credit card or withdraw Pounds from an ATM.

Some places in Northern Ireland, usually towns and villages on or close to the border, will accept Euro, but you won’t know if they do or don’t until you walk through their door.

Paying for things Using Irish Currency: Should you take out Euros?

So, this is a topic that’s likely to cause a few arguments, depending on who you talk to. Some people operating in the Irish tourism industry would make you believe that you can get away with only a credit card when visiting Ireland.

This is completely untrue. Many places in Ireland, usually those a little off the beaten path or even some smaller businesses on the more travelled path can’t accept credit card.

The most recent experience that I had with this was during a visit to Dunluce Castle in County Antrim. After leaving the castle, I walked into the busy little cafe across the road and ordered a coffee. They didn’t accept cash… and there wasn’t an ATM in sight.

To be fair to the lady running the cafe, she gave me the coffee for free and apologised. Top-notch service, to be fair.

You can take out (aka withdraw) money in Ireland via ATMs. ATMs are plentiful in busy cities and towns however, they can sometimes be scarce in villages.

I was in Portmagee in Kerry a few years ago and arrived late in the evening with just my debit card… silly me! The nearest ATM was in a town 25 minutes away… not ideal!

What about traveller’s cheques?

Although Traveler’s Cheques were previously widely accepted in Ireland and elsewhere, they’re no longer accepted in many places.

If you can, opt to use cash or a credit card rather than relying on Traveller’s Cheques, as the chances are you’ll end up struggling to find somewhere that accepts them.

Most businesses in Ireland accept Visa and Mastercard however, some won’t accept AMEX. You can use your credit card to buy things and you can also use them to take out cash from an ATM.

In Ireland, we use a ‘chip and pin’ system for transactions. Although many retailers accept swipe cards as a method of payment, some don’t, so keep this in mind.

FAQ About Money in Ireland 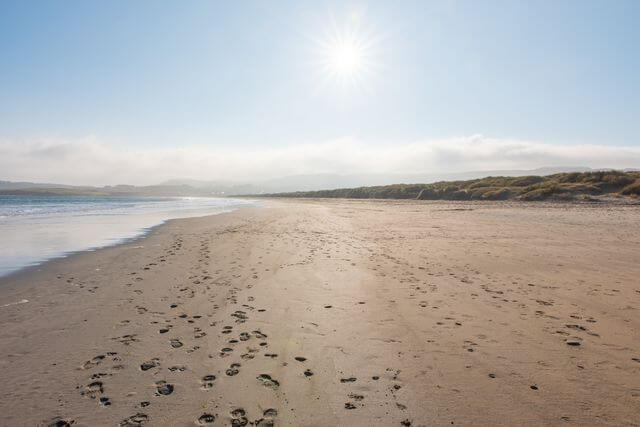 I’ve had a flick back through the many emails that have popped into our inboxes over the years in relation to the currency in Ireland.

If you have a question that hasn’t been tackled below, give me a shout in the comments section and I’ll try to help!

What is money called in Ireland?

This gets asked quite a bit and it always confuses me. If you mean how do you say money in Gaelic, it’s ‘Airgead’. If you literally mean what is money called… it’s called money.

Although you’ll still hear someone refer to it as ‘Pounds’, in reference to the currency that was in place prior to the Euro.

What kind of money is used in Ireland?

We use Euro in the Republic of Ireland and Pound Sterling in Northern Ireland. If you’re not sure about the differences between the two, including which counties sit where check out our guide to Ireland V Northern Ireland.

What was the old Irish currency?

The old Irish currency was called the ‘Irish Pound’ and it was in use in Ireland until 2002 when the Euro officially started to be circulated.