The story of Dearg Due / Dearg-Due is one that’s closely linked to the story of the Abhartach (aka the Irish Vampire).

It’s about a young woman from Ireland that falls in love with a local man that works on a farm.

The woman’s father is an evil, greedy aul fecker and he, ignoring the fact that she was already in love, marries her off to an abusive chieftain in exchange for vast riches.

Then the woman is found dead. And it’s from this point that the story of Dearg Due becomes one of the bloodiest in Irish mythology. 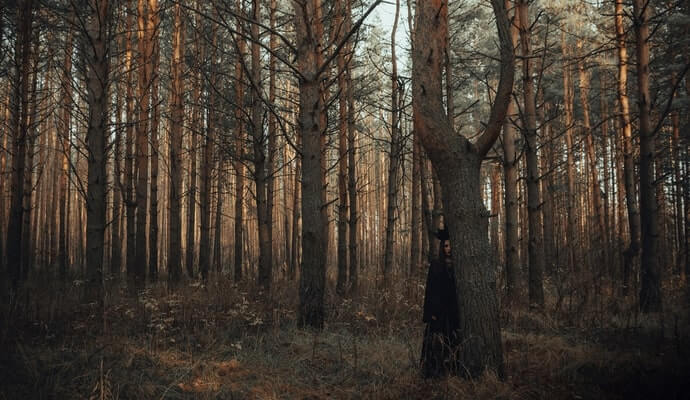 There’s a very good reason that the Dearg Due is one of the fiercest of the many Irish mythological creatures.

Now, before we get into the story below, I want to address the meaning of Dearg-Due. It’s said by some that this translates to ‘Red Blood Sucker’ in Irish.

Yes, ‘Dearg’ means red, but I can’t find anywhere that links the word ‘Due’ to blood (blood in Irish is ‘fuil’). Anyway, below you’ll discover the tragic (and slightly terrifying) story of Dearg-Due

Once Upon a Time

The legend of Dearg Due begins at a time when arranged marriages were commonplace in Ireland. It was in the corner of Ireland that we now know as Waterford that this tragic tale unfolded.

It was in a village in Waterford that a beautiful woman had fallen in love with a local peasant that worked on a nearby farm. They began courting and talked of marriage and kids.

Life for the couple appeared to all be going to plan until the woman’s father learned what was going on. He was a wicked man and cared little for his daughter or her love or wants.

The woman’s cruel father had decided long ago that he would try and profit from his daughter’s beauty. She was the desire of many men and he knew that he could use this to his advantage,

The evil father knew of one man, in particular, that would appreciate his daughter’s beauty and that would be willing to pay generously for her hand in marriage.

The man was a local chieftain and was known for his wealth and his family’s brutish ways. One night, the father travelled to meet the chieftain, unbeknownst to his daughter, and made the proposal.

The chieftain knew of the woman and he readily agreed, promising to give the father land and riches in exchange for his daughter’s hand.

When the woman discovered what her father had promised, she was furious, but her hands were tied – she knew that she couldn’t defy her father.

The day of the wedding arrived and all but two were happy; the newly married bride and the local peasant that was her true love. He decided on that day that he would do whatever it took to get revenge.

The woman’s husband turned out to be far more violent than his reputation. He used his new bride as a trophy and he locked her away for days and weeks at a time.

Soon, her hope evaporated – she stopped eating and drinking and soon after she passed away. Despite her husband’s great riches, her burial was a modest affair.

To add insult to injury, her husband married soon after. Her father, still on cloud nine from his new fortune, was too immersed in his own greed to be bothered by his daughter’s death.

The only person that grieved her passing was her first love. His hunger for revenge intensified every time that he visited her grave.

The arrival of Dearg-Due – the ‘Blood-Sucker’ 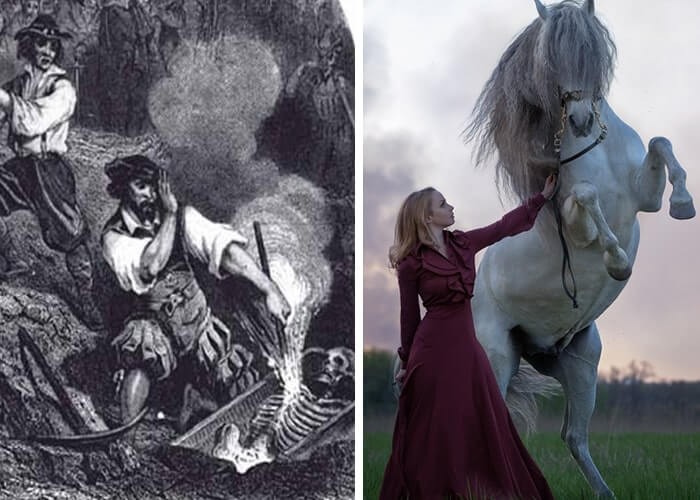 Here’s where the story takes a turn and moves from tragedy to, eh, pretty damn terrifying. It’s here that the link to the Irish vampire begins.

So, the spirit of the woman was so filled with rage that it forced her out of the grave, lusting for vengeance. Her first stop was to her fathers home. She arrived in his room while he was asleep and killed him as he lay.

She moved quickly to the home of the evil chieftain. When she burst into his room she found him in a bed with a number of women, void of any sadness or regret.

It’s here that the vampire link begins. The woman launched herself at the chieftain and killed him stone dead. She then proceeded to suck the blood from his body.

After drinking the blood of her evil husband, the Dearg-Due felt invigorated and alive. This feeling gave her a hunger for blood that couldn’t be quenched.

The Dearg-Due / ‘Red Blood Sucker’ used her great beauty to lure unsuspecting young men into dark corners. Once there, she sank her teeth deep into their necks and drank greedily.

With each conquest, she got hungrier and hungrier – feasting on the blood of many men under the darkness of night and with the promise of love.

And then she disappeared. This part of the story always frightened me as a kid. What happened to her? Where did she go? Is she still out there?

Some say that the grave of the young woman can be found at a place called the Tree of Strongbow (or Strongbow’s Tree) in Waterford.

Discover 5 more creepy stories like this in our guide to scary tales from Irish folklore.

Wow, I was trying to find Irish mythological creatures and my search guided me to your blog. Very useful information. Thank you so much.

This story is very interesting.

First time I heard that Dearge Due was a woman. Thanks for the story.