The chances are that you read about the Fir Bolg / Firbolg while learning about the supernatural group known as Tuatha Dé Danann from Irish mythology.

Although the Fir Bolg / Firbolg are arguably best known for their historic battle with Tuatha Dé Danann, there are a number of other interesting myths attached to them.

From their escape from enslavement in Greece to their arrival in Ireland, you’ll discover everything that you need to know about these ancient people below.

Who Were the Fir Bolg / Firbolg? 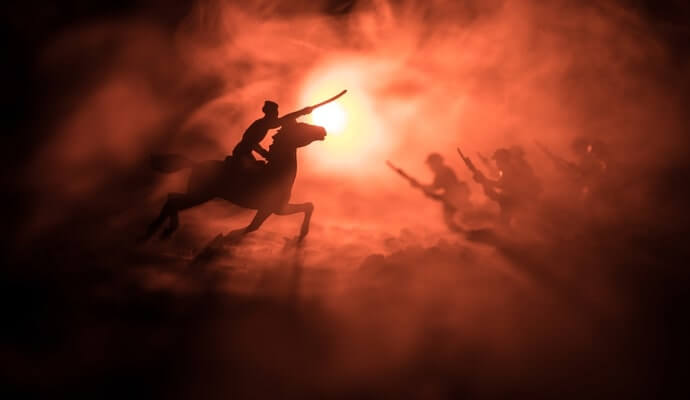 According to the Book of Invasions (Lebor Gabála Érenn in Irish), much of Ireland’s population came as a result of a number of colonising invasion from several different groups of people (including the Tuatha Dé Danann – a group of Celtic Gods and Goddesses).

The fourth group that’s said to have invaded Ireland is known as the Fir Bolg and it was believed that they descended from the third group that invaded, the Muintir Nemid.

According to the Book of Invasions, the Fir Bolg were enslaved for 230 years by the Greeks. During their time in enslavement, the Fir Bolg grew in numbers.

So much so that the Greeks began to worry. If the Fir Bolg fought back, would they win?! The Greeks hatched a plan to disable the Fir Bolg to an extent.

They made the Fir Bolg / Firbolg lug around bags packed with soil and heavy stone. The name ‘Fir Bolg’ means ‘Men of Bags’.

How the Fir Bolg ended up in Ireland 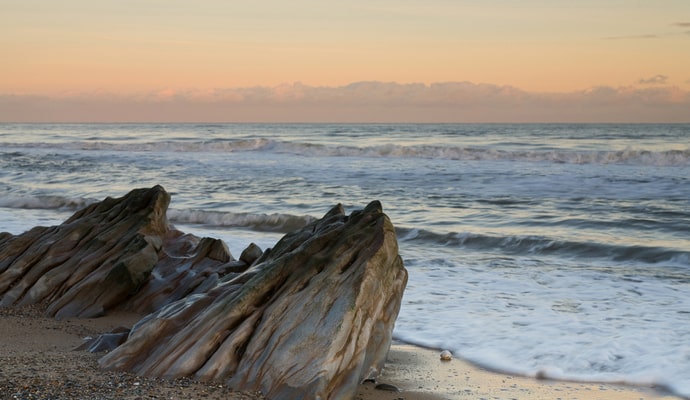 Photo by VMC on shutterstock.com

Before their departure for Ireland, the brothers decided that they would divide Ireland into five chunks and that each brother would rule one section.

Although each was a chieftain and each had his own area and people to rule over, they decided that they needed one that would reign supreme, so they elected Sláine mac Dela and he became Ireland’s first High King. They were divided up into three groups:

The Gaileoin were the first of the three to arrive in Ireland. They were 1,000 men strong and they were under the leadership of Sláine mac Dela. They were to rule what is now the province of Leinster.

The Firbolg arrived shortly after the Gaileoin, and their ranks boasted 2,000. They were the first group to arrive with two leaders – Gann and Sengann. They were to rule the great province of Munster.

The final group to land on Irish soil were known as the Fir Domnann. There was 2,000 of them and they were led by Genann and Rudraige. Genann laid claim to Connacht while Rudraige was given Ulster to control.

The Demise of the Firbolg in Irish mythology 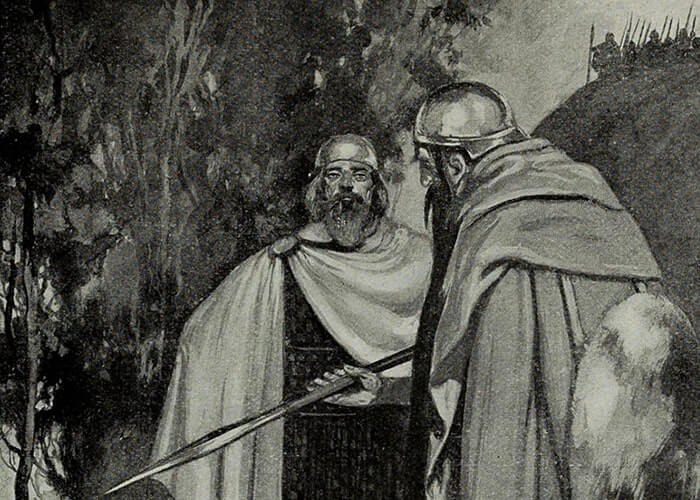 The three groups arrived in Ireland over the course of a week. As mentioned above, they elected Sláine as the ruler of men and all was going to plan.

Then, just one year after their arrival on Irish soil, Sláine was killed during a fierce battle at Duinn Righ. His crown was passed through the brothers, along with many others, for 36 years.

During this time, the Fir Bolg / Firbolg never started a conflict. Then Eochaid mac Eirc (the 9th High King of Ireland) took over and things took a turn.

The Arrival of the Tuatha Dé Danann

Eochaid ruled the land for ten years. During his time as king, he introduced law to the Irish soil and made it illegal for anyone living on the island to tell a lie.

Then things went south. One night, Eochaidh had a terrifying dream. He saw ships filled with fierce men making their way towards Ireland.

It turned out that it wasn’t a dream, but a terrible prophecy. Although he didn’t know their name or anything about them, in fact, he knew that their arrival would bring war.

The group of warriors demanded that the Fir Bolg / Firbolg hand over half of Ireland. The Fir Bolg refused and a battle began. They were defeated and driven from Ireland.

It’s worth mentioning that ‘Lebor Gabála’, mentioned above, is widely regarded as myth rather than the real history of ancient and Celtic Ireland.

It’s believed that the writers of this book wrote it in a way that depicted the history of Celtic Ireland as being far more epic than it was.

FAQs about the Firbolg 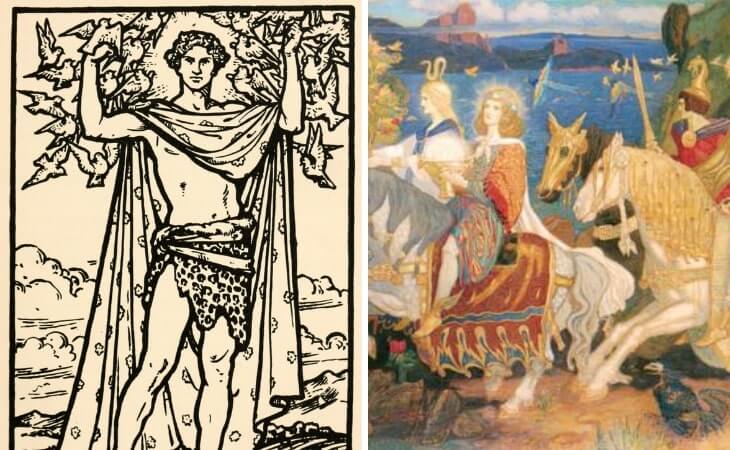 Since publishing this guide early last year, we’ve had a tonne of emails about the Firbolg. I’ll pop the most FAQs below.

If you have a question that we haven’t tackled, ask away in the comments section and we’ll do our best to help.

Who were the Firbolg?

The Firbolg were the 4th group to invade Ireland and it’s believed that they descended from the 3rd group that invaded, the Muintir Nemid.

What does the name ‘Fir Bolg’ mean?

The name ‘Fir Bolg’ means ‘Men of Bags’. The name came from when the Fir Bolg were enslaved in Greece and made carry around heavy bags filled with stone.

Discover more stories from ancient Ireland in our guides to Irish folklore and Irish mythology.

Thank you for doing this!

Very interesting article. I am trying to compile a brief history of Irish settlers and cannot find any mention of when the Firbolg originally got to Ireland. According to Céitinn's chronology, the Nemedians arrived around 1731BCE. In a couple of sources also, it mentions that the Firbolg were a portion of the Nemedians that fled Ireland after a plague, where they were enslaved in Greece for 230 years. Of course, depending on the life span, and what generation the Firbolgs were from Nemed, this could land them in Ireland anywhere between 1500BCE and 1300BCE however, some sources place the Milesians landing in Ireland around 1700BCE which would throw those dates off completely. Another theory would be from the Annals of the Four Masters; Landing the (original settlers?) Cessair in Ireland around 3200BCE meaning the Nemedians would have got to Ireland around 2350BCE landing the Firbolg, after their enslavement somewhere between 2120BCE and 1920BCE. Some sources then argue that the Tuatha De Danann had arrived in Ireland by 1900BCE ready for them to fight a few good wars by 1700BCE when the Milesians arrived.

Is there any semblance of accuracy in my maths or do you know something I don't? I am certainly not a professional historian so any kind of input would be appreciated!

New DNA studies are starting to prove that the Leabhar Gabhála is correct about the invasions The Fir Bolgs descendants are the Boyle’s They excelled at stone building and built an inmpresive fort at Dun Wiley Donegal - read Dún Bhaoilligh .

Very interesting. I heard my father speak of the Fir Bolg when he was telling stories of home.