Ah, the Lake Isle of Innisfree.

Many will have heard of Innisfree Island from the poem by W.B. Yeats, but many don’t realise that it’s actually a real place!

Well, it is, and you can visit it! Below, you’ll find info on getting to the island, the Yeats connection and more.

Some quick need-to-knows about the Lake Isle of Innisfree 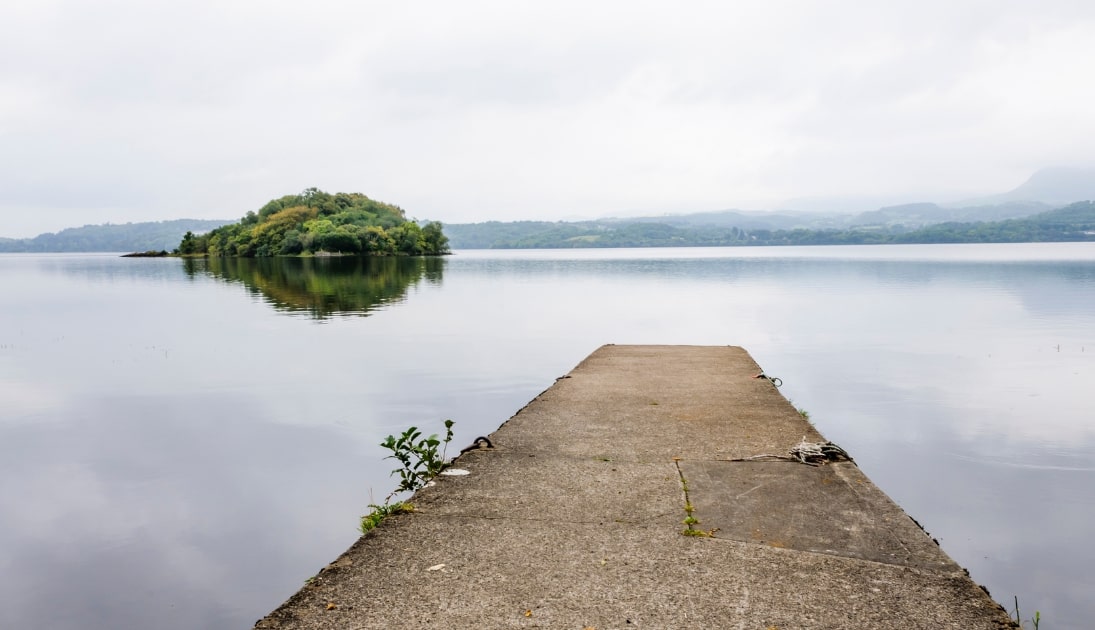 So, getting near Innisfree Island can cause a bit of confusion, so it’s worth taking 20 seconds to read the points below, first:

The Isle of Innisfree is a small, wild, and uninhabited island less than 100 metres from the southern shore of Lough Gill in County Sligo.

The famous Irish poet W.B. Yeats wrote a 12-line poem called “The Lake Isle of Innisfree”. The poem, which was first published in 1890 was inspired by Yeats’ childhood summers which were spent in the area.

The Rose of Innisfree is a tour company with 1-hour boat tours departing from Parke’s Castle. Their tours pass by many of Lough Gill’s wonderful sights including the Lake Isle of Innisfree (info below).

The Lough Gill Drive is a 40km loop around the lake’s perimeter. The Innisfree Island is a popular spot along the way alongside other attractions like Parke’s Castle and Dooney Rock.

About the Lake Isle of Innisfree

Innisfree Island is one of the more popular attractions in Sligo amongst visiting culture vultures. This is thanks to its part in the famous W.B. Yeats’ poem of the same name.

W.B. Yeats was a key figure in the Irish Literary Revival, and his Lake Isle poem was an attempt to create a form of Irish poetry that didn’t follow the standards set by English poetry critics.

The critically acclaimed poem is an ode to returning to nature and a peaceful life, and Yeats’ inspiration came while walking down busy Fleet Street in London when the sound of a fountain brought him back to his childhood by the lake.

The island is a far cry from your usual tourist attraction, but visitors go to take in its beauty and tranquil atmosphere whilst reflecting on the words of one of the country’s most famous poems.

Tours that take you around Innisfree Island 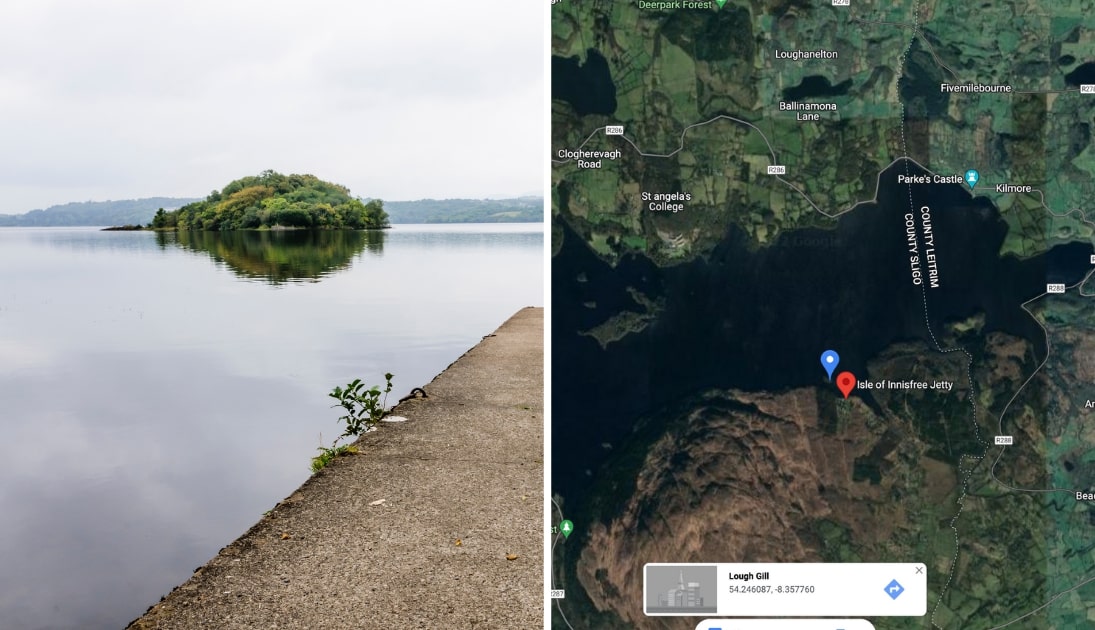 The Rose of Innisfree has daily 1-hour tours that depart from Parke’s Castle at 12:30pm, with additional summer sailings from Dooley Park at 1:30pm in the summer.

Their 72-seater vessel is equipped for all kinds of weather, with a covered deck below, an open-air deck above, and a full bar service for drinks and snacks.

During the tour, there’s commentary about the area as well as poetry readings of some of Yeat’s best work.

Things to do near the Lake Isle of Innisfree

One of the beauties of Innisfree Island is that it’s a short spin away from many of the best places to visit in Leitrim and Sligo.

Below, you’ll find a handful of things to see and do a stone’s throw from Innisfree. 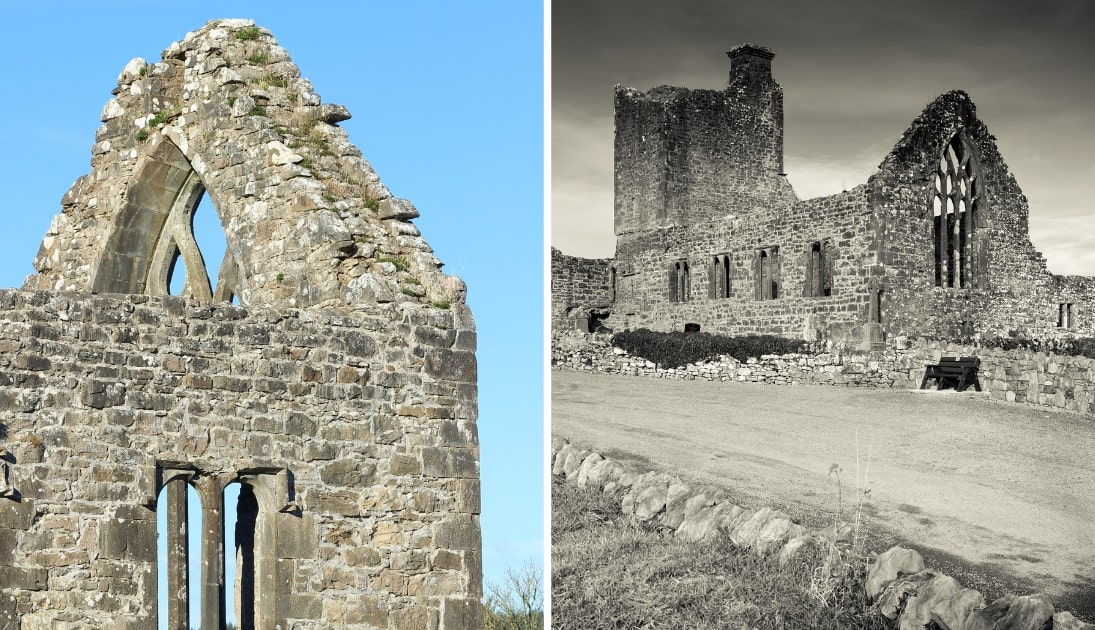 The Creevelea Friary, founded in 1508, was one of the last abbeys built in the country before King Henry VIII dissolved all monasteries in England and Ireland. It remained in use until the 17th century, when the Franciscan monks were expelled by the Cromwellian army. The beautiful ruins are on a small hill that overlooks the River Bonet. 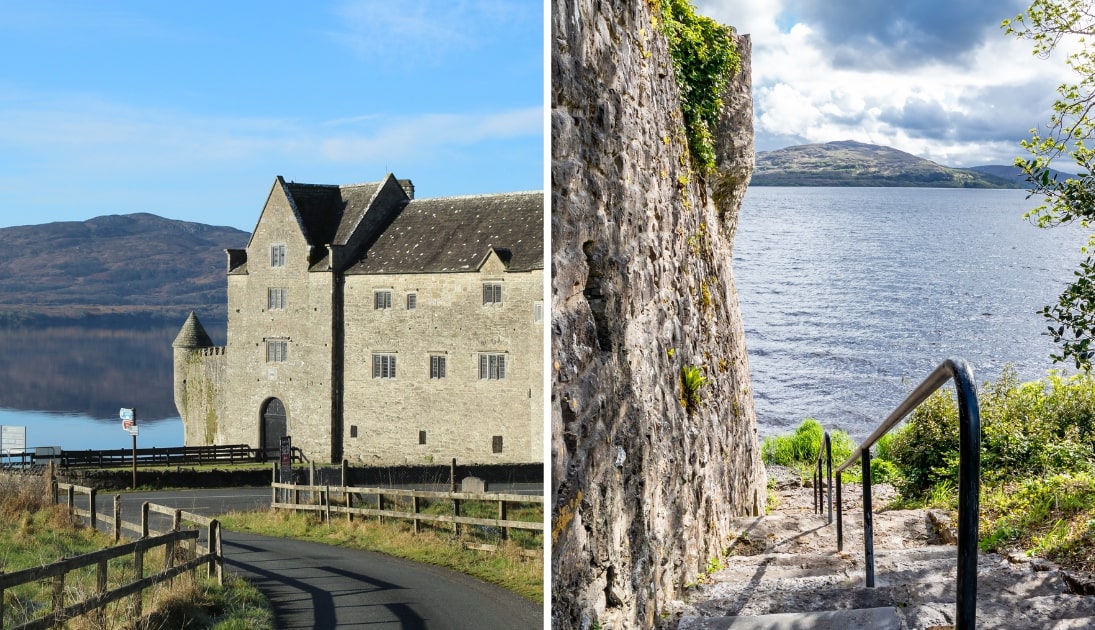 Parke’s Castle, on the northern shores of Lough Gill, is a beautifully restored castle with a rich past. The castle is open seasonally from late March to October, and guests can enjoy 45-minute guided tours. The north-west pigeon tower has lovely views into the courtyard below and the surrounding countryside. 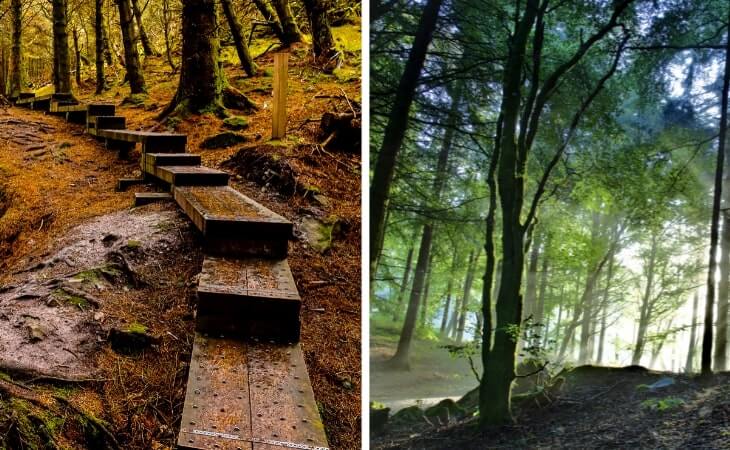 Union Wood is a large mixed wood forest with two waymarked walking loops, the Oakwood Trail and the Union Rock Trail. The Oakwood trail is the easier of the two, and the 5.5km trail is a gentle walk on the edge of old oak woodland, with lovely Ox Mountain, Ballygawley Lake, and Knocknarea views.

We’ve had a lot of questions over the years asking about everything from ‘How do you get to it?’ to ‘What’s the Yeats link?’.

Where is the island of Innisfree?

You’ll find Inisfree Island situated in Lough Gill in County Sligo, in Ireland, not far from where Yeats spent summer holidays as a child.

Can you visit The Lake Isle of Innisfree?

If you take one of the Inisfree Island tours you’ll sail around it, and won’t actually depart onto the island itself.