If you visit this site often, you know that I curse a fair bit. I don’t try to be vulgar by any means, I just tend to type the way that I talk…

That being said, it’s rare that I curse in article titles. But I made an exception for this one. As the story behind Ireland’s most haunted castle is… extremely f*cked up.

Below, you’ll learn about Leap Castle in County Offaly – an ancient structure with a number of tales that’ll sicken even the sturdiest of stomachs.

Welcome to Leap Castle: The Most Haunted Castle in Ireland 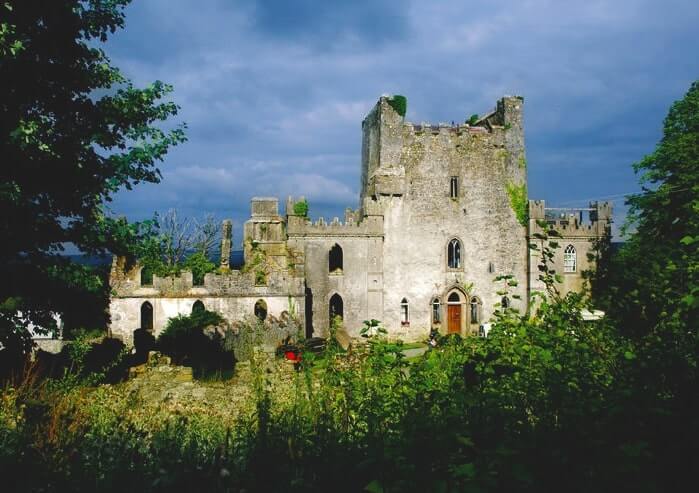 You’ll find Leap Castle 6km north of Roscrea in a town called Coolderry in County Offaly. How long it has been there is open to debate, by all accounts.

Some say that the castle was constructed in the 12th century. Other websites and news outlets claim that it was built much later, in the 15th century.

Leap Castle is said to be one of the longest continually inhabited castles in Ireland, and it boasts a rich and disturbing history (which we’ll delve into below).

The story behind the name

It was decided that the only way to settle the disagreement was by a show of bravery.  Both brothers were to jump off of the rocky outcrop where Leap Castle was set to be constructed.

The man that survived the jump (this sounds mental, I know!) would win the right to be chieftain of the clan.

The story behind the most haunted castle in Ireland 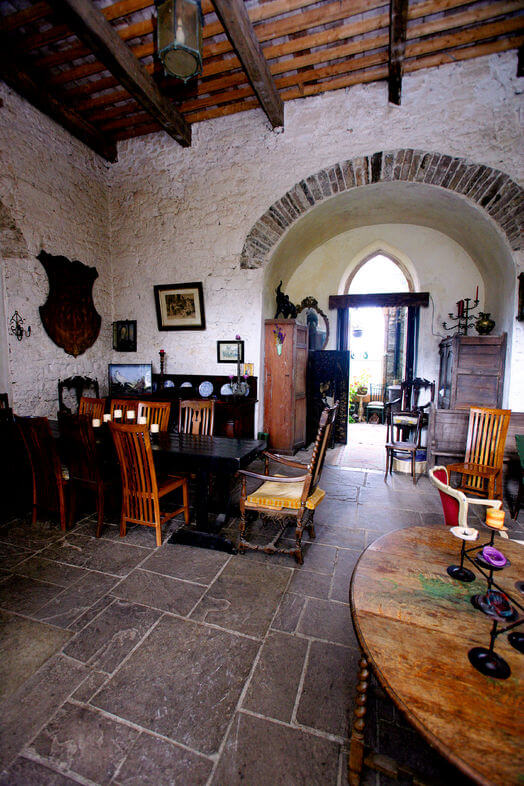 There are several bloody tales attached to Leap Castle. I’ve singled out three below, as they’re particularly gruesome, and tend to back up Leaps claim as the most haunted castle in Ireland.

The first is the story of the ‘Red Lady’, a spirit that’s said to restlessly haunt the castle while holding the dagger that she used to take her own life with.

The second is a feature in the castle known as an oubliette. This is a hidden chamber where hundreds of people were thrown and left to die.

The third is the story of the Bloody Chapel. It’s here that one of the O’Carroll’s murdered his brother while he gave mass. His ghost has been seen lurking in the shadows on many occasions.

The story from Leap Castle that made my stomach turn was that of the ‘Red Lady’. According to legend, she was captured by a member of the O’Carroll clan and held prisoner.

It’s believed that one of the clan murdered the child with a dagger. The mother was, understandably, distraught and is said to have grabbed the dagger and used it to end her own life.

The Red Lady has been seen by a number of people over the years. She has been described as a tall woman dressed in red. It’s said that she moves through Leap Castle carrying the dagger that was used to take her child from her.

The oubliette is a small chamber located in one of the corners of the Bloody Chapel. Its original purpose was to store valuables, but it could also be used as a hiding place during the event of a siege.

However, this oubliette had a more sinister use. The O’Carrolls modified the chamber and made it into a small dungeon where they would throw prisoners. Here’s where it gets worse…

The name ‘Oubliette’ comes from the French ‘to forget’. Once the O’Carroll’s threw someone in the chamber, they were simply forgotten about.

The chamber wasn’t discovered until the early 1900s when a renovation took place. Those tending to the castle discovered a hidden chamber that was said to be filled with hundreds of skeletons.

The Bloody Chapel is reported to be home to many of the wandering spirits of Leap Castle. Apparently, many people that pass the castle after dark have seen a bright light pouring out of the upper windows.

One of the stories from the Bloody Chapel tells of the bloody murder of the O’Carroll priest by one of his brothers, during a struggle for power.

It’s said that the priest began mass before the brother arrived, which was seen as a sign of great disrespect. The brother murdered the priest right there in the chapel.

According to reports, the ghost of the priest has been seen lurking in the stairway near the chapel.

The most haunted house in Ireland 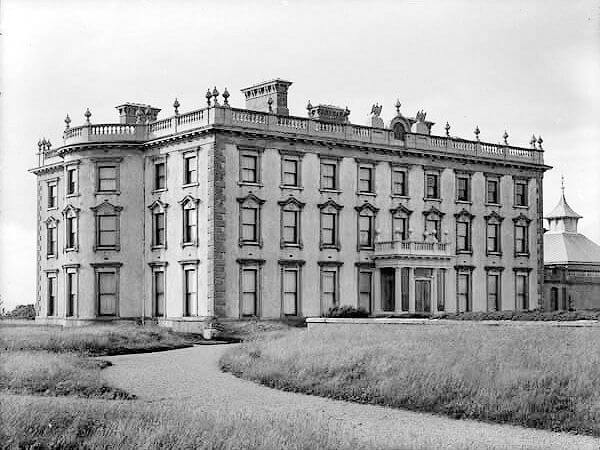 It’s said that the most haunted house in Ireland is Loftus Hall in Wexford on the mighty Hook Peninsula.

You can read more about its history and learn about the tour they offer in this guide.

My husband and I are planning a trip to Ireland. Are there bed and breakfast Inn to stay in, in Coolderry?