The Crosskeys Inn in Antrim is one of my favourite pubs in Ireland.

It’s Ireland’s oldest thatch pub (dating to pre-1654) and it has the look of a place that I’d love to be stuck in during a storm.

Big open fires, great pints and an interior that’s both cosy and packed with charm, history and and character.

In the guide below, you’ll discover everything you need to know about The Crosskeys Inn – one of the finest pubs around.

Some quick need-to-knows about The Crosskeys Inn in Antrim

Although a visit to The Crosskeys Inn in Antrim is fairly straightforward, there are a few need-to-knows that’ll make your visit that bit more enjoyable.

The Crosskeys Inn are so proud of the quality of the Guinness poured within their walls that they have a dedicated Facebook page to great pints that have been poured there. It just gets better and better…

The story of The Crosskeys Inn 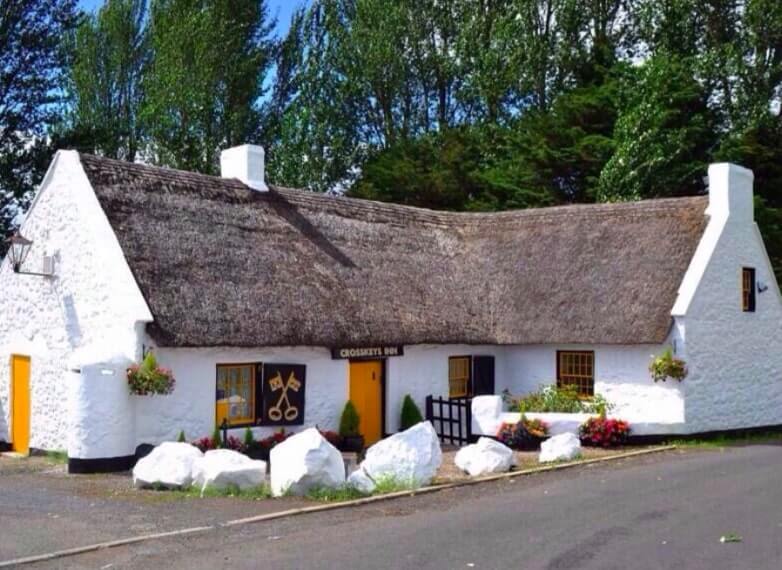 The Inn is a stone built cottage that was once a coaching stop between Belfast and Derry. And that’s where the story begins.

As old as the hills 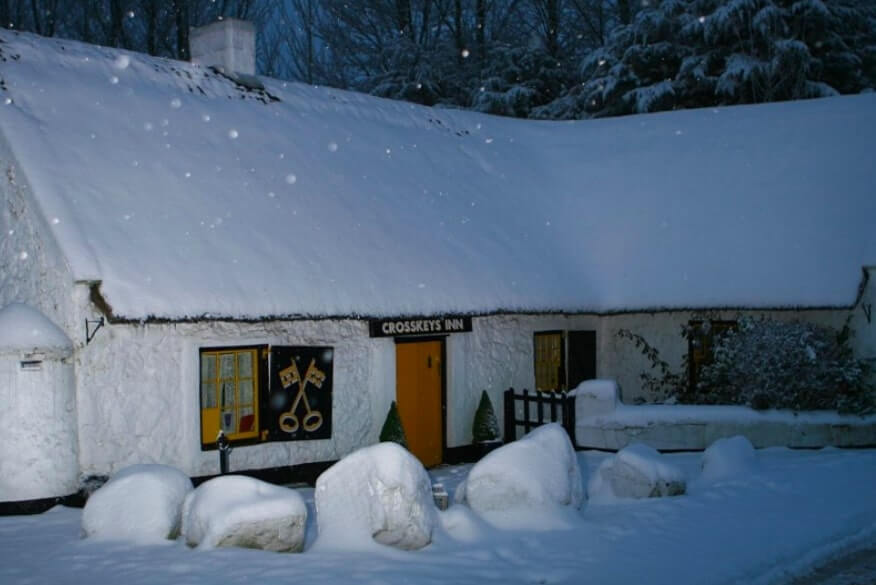 People are often skeptical when a pubs claims to be as old as The Crosskeys, but the beauty of this gorgeous pub is how easy it is to track its past.

The Crosskeys Inn was recorded in the 1666 (yes, 1666!) Hearth Money taxation records. Then, much later, in 1771, it was referenced in a advertisement for the lease of land.

The advertisement referenced the “noted public house where Misses Boyds live”. The Crosskeys was picked up again in an 1832 ordnance survey map.

Owners over the years 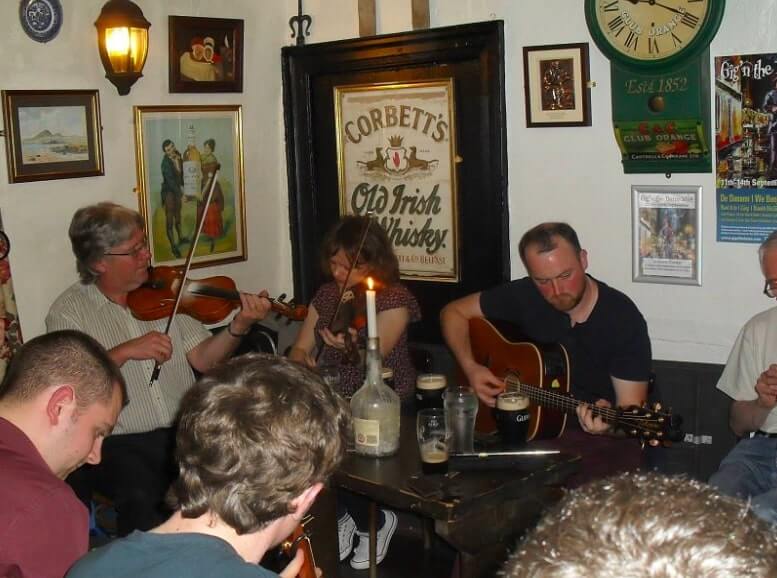 In 1837, it was recorded that the occupier, a Patrick McAlane, was paying a yearly rent of £8-£9. In 1857, in a revised version of an Ordance Survey map, the building was referred to as ‘Crosskeys Post Office’.

A year later it was recorded that Dr. Henry Purdon of Belfast was the owner. Another valuation of The Crosskeys in 1859 showed that a man named George Neeson was leasing the building from the aforementioned Doctor.

When he passed in 1882, his will described him as a farmer, publican and grocer. The Crosskeys then passed to Neeson’s son, who stayed there until it was bough by a local farmer named John Kenned.

His son bought the freehold in 1929 and The Crosskeys remained in the Kennedy family until 1966. It was then purchased by the Stinson family in 1966. Many years later, in 2000, The Crosskeys Inn was damaged by fire.

However, it was reopened a year later after being carefully restored. The current owner, Vincent Hurl, bought the pub in 2001 and restored The Crosskeys to its former glory.

Music at The Crosskeys 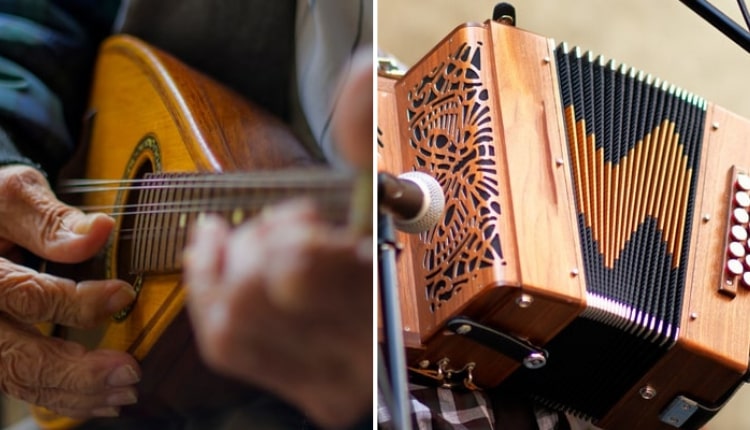 The Crosskeys Inn is perfect if you’re looking for a day trip from Belfast (and you’re fond of historical pubs… and great pints!).

This lovely old pub has built a solid reputation over the years for its traditional music sessions, and it’s widely regarded as one of the finest music pubs in Ireland.

Here, you’ll get a mix of local talent (Altan, The Boys of the Lough, De Danann, Corrib Folk and more) delighting the ears of locals and tourists alike. See their Facebook page for the latest news.

It’s also a solid little detour if you’re staying in Ballymena while driving the Causeway Coastal Route (there’s plenty of hotels in Ballymena if you need a place to stay!).

FAQs about The Crosskeys Inn in Antrim

We’ve had a lot of questions over the years asking about everything from where to stay near The Crosskeys to how old is it.

Is The Crosskeys Inn the oldest pub in Ireland?

The Crosskeys Inn is the oldest thatch pub in Ireland, with a study by Queens University Belfast confirming that it dates to pre-1654.

Is there music sessions at The Crosskeys Inn?

Yes, but you’re best bet to get the most up-to-date info is to visit their Facebook page (link above) to find out what’s on and when.