The Puck Fair in Killorglin is the oldest of the many festivals in Ireland. It’s also, as you’ll discover below, one of the most unusual!

Ireland is a country with a long and rich history, though few facets of that history have managed to survive to this day fully intact.

One rather notable exception is the legendary Puck Fair at Killorglin. If you’re ever in the area around the 10th of August, it’s a must!

In a nutshell, it’s an annual festival, beloved by locals and visitors alike, celebrating…a goat, otherwise known as King Puck, the only king of Ireland!

Some quick need to knows about the Puck Fair in Killorglin 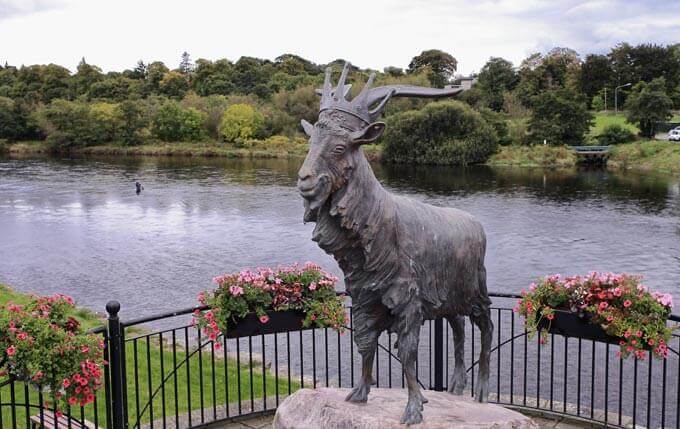 Before we dive into the story of the Puck Fair and the mighty King Puck, we’ll lay out a handful of need-to-knows.

The Puck Fair takes place in Killorglin, a Ring of Kerry town that’s a stone’s throw from many of the most popular attractions in Kerry.

2. When it takes place

The Puck Fair takes place over the course of 3 days each year, kicking-off on August 10th and running until August 12th.

So, if you’re not familiar with King Puck, it’s a goat. A goat that’s been taken from the nearby mountains, crowned ‘King Puck’ and then paraded through the streets. More on this below. 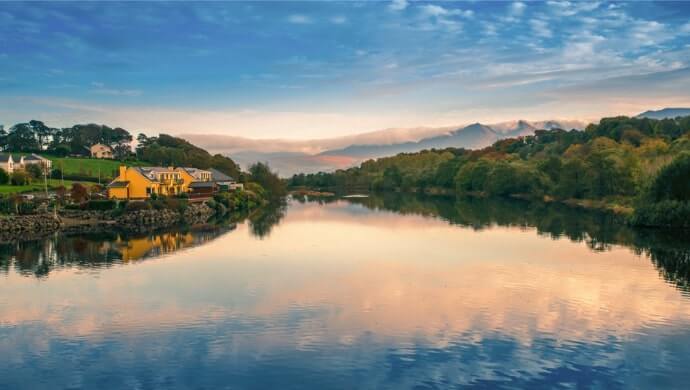 Officially, nobody really knows just how old the Puck Fair is, although there are plenty of myths and legends that hint at its beginnings.

The oldest written records date back to 1603, a charter by King James I, granting the fare’s legal status. There is, however, a story/myth that comes up over and over again.

The story goes that pillaging Roundheads were laying waste to the lands around Shanara at the foot of the McGillycuddy Reeks. They spooked a herd of wild goats, most of which fled up into the mountains.

But the he-goat, otherwise known as a puck in Irish, ran to Killorglin, his frantic arrival warning the locals of the approaching pillagers.

With the puck’s warning, they were able to protect themselves, and every year since, held a festival in his honour.

Origin 2: A symbol of fertility

However, many believe that the story of King Puck and the Puck Fair dates back much further, to pre-christian times.

The goat is a a pagan symbol of fertility, and some believe that the origins of King Puck began when people used a goat during celebrations of a fruitful harvest.

Note: If you can’t make it to the fair, have no fear, there’s a huge bronze statue of the iconic King Puck on the bank of the river Laune in Killorglin.

How King Puck is found and crowned

Alright, so this is perhaps one of the stranger festivals in Ireland, and at times it can seem a little mad! Traditionally, locals from Killorglin would head up into the mountains to catch a wild puck.

They’d then lead him back to the village, where he’d be crowned King Puck and paraded through the streets. After which, he takes up residence in his cage, placed on a high stand where he can survey his kingdom.

During this time the festivities take place, and King Puck eats like a… well, like a king! Nowadays, things are much the same.

Although the Puck is actually raised on a mountain farm, where he has a lot of interaction with humans, so as to prevent stress.

Vets take care of him before, during and after the festival to ensure he’s happy, and he still gets to munch on a lot of special treats! 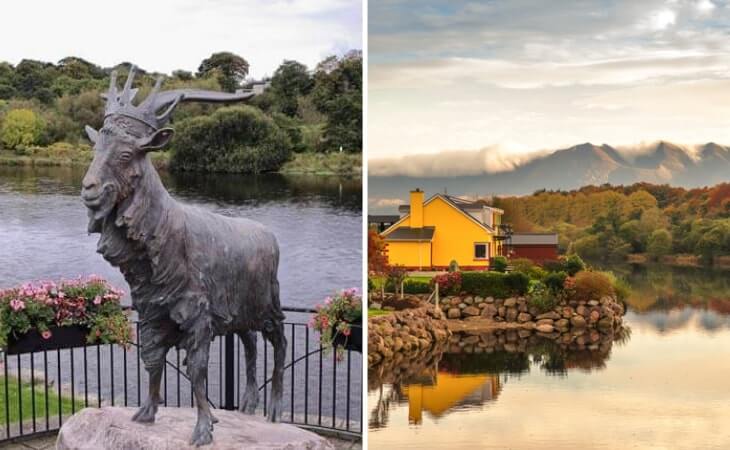 The actual Puck Fair Festival is a 3-day, annual event that takes place between August 10th and 12th. Besides the goaty shenanigans, there’s a ton of other things to check out, and the atmosphere in the town is incredible.

Day one is known as ‘The Gathering’ and sees King Puck crowned and enthroned, while a horse fair takes place.

The second day is called ‘Fair Day’, and there’s a cattle fair among other festivities. The final day is known as ‘The Scattering’, which sees King Puck’s reign come to an end as he returns to his place in the Kerry Mountains.

The streets of Killorglin come alive with vendors selling all kinds of knick-knacks, food stands, live music, and local pubs staying open until 3am. There’s also a number of workshops and street performers to enjoy.

Have you ever been to Puck Fair?

We’ve been chatting here about heading out to Killorglin to see King Puck get crowned for a long time now, but it’s yet to happen.

We’d love to hear from any of you that have been to Puck Fair over the years! Let us know in the comments section below!

Some FAQs about Puck Fair in Killorglin

We’ve had a lot of questions over the years asking about everything from when is Puck Fair on to what actually happens during the festival.

When does Puck Fair in Killorglin take place?

The actual Puck Fair Festival is a 3-day, annual event that takes place between August 10th and 12th.

What actually happens with King Puck?

King Puck is crowned, placed on a high stand and fed like a king for the few days. He’s also monitored by vets before and during the event.

Is the festival worth visiting?

Yes, Puck Fair in Killorglin is absolutely worth visiting, if you get the chance. Regardless of the fact that it’s Ireland’s oldest festival, there’s events for all ages that take place throughout the 3 days.