Rising 40 metres above the shoreline, St John’s Point Lighthouse is the tallest lighthouse in mainland Ireland.

With its bold black and yellow bands, it’s a famous landmark in County Down with an interesting bit of history behind it.

Below, you’ll discover its links to famous figures, some quirky facts and what to look out for when you’re there. 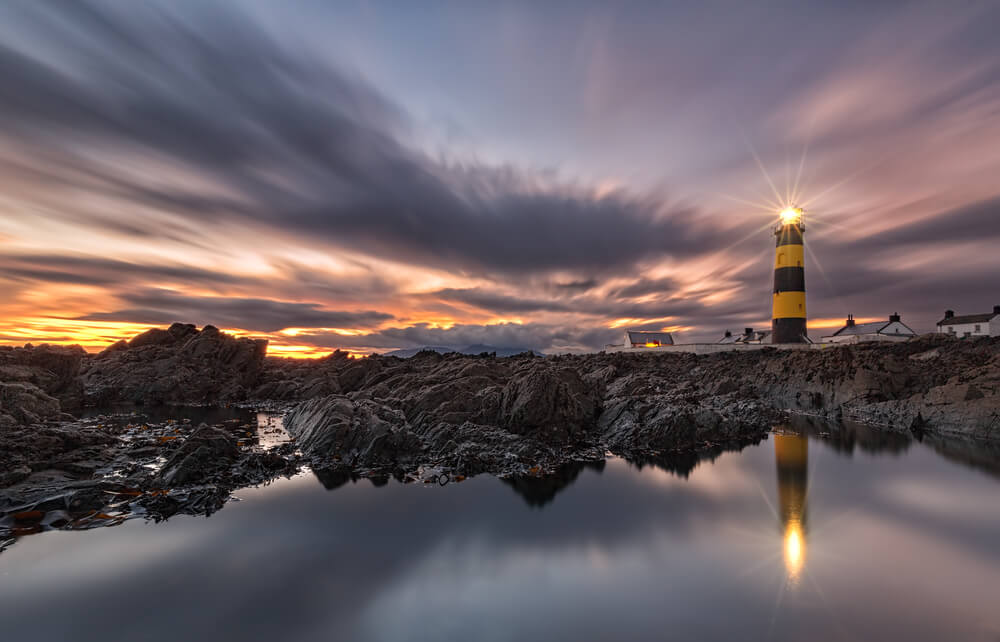 Although a visit to St John’s Lighthouse is fairly straightforward, there are a few need-to-knows that’ll make your visit that bit more enjoyable.

Once you leave the A2, access down the Lecale Peninsula is on narrow rural roads. At the end of the road near the lighthouse there’s a small area that widens out. It is suitable for parking up to seven cars, but it can hardly be termed a car park!

If you fancy experience the remote life of a lighthouse keeper, the former staff accommodation has been upgraded and turned into two holiday cottages called JP Sloop and JP Ketch. Restored by the Irish Lights Commission and managed by the Irish Landmark Trust, it’s an unforgettable place to stay right at the foot of the lighthouse tower.

Stephen Behan, father of Irish playwright Brendan Behan, was a Belfast painter and decorator. He was commissioned to paint various lighthouse in Ireland including St John’s Point Lighthouse in 1950 but apparently the results were unimpressive! Also, St John’s Point gets a mention in Van Morrison’s song “Coney Island”. 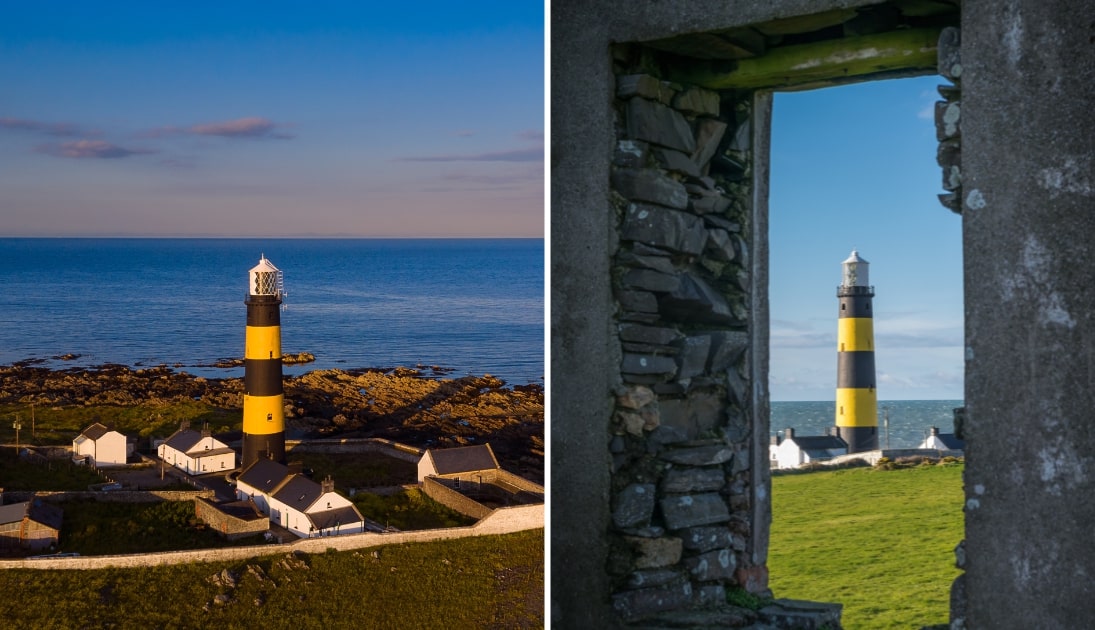 St John’s Point takes its name from a ruined 12th century church dedicated to St John. The area is known to have been inhabited in prehistoric times and remains a rural area of grazing pastures and potato fields.

The lighthouse takes its name from the remote location and was built in 1844.

In 1846 the SS Great Britain ran aground in Dundrum Bay just south of the lighthouse. Apparently the captain mistook St John’s Point Lighthouse for the Calf Light on the Isle of Man with disastrous results.

It took a year to free the ship, at great expense. The lighthouse was extended higher in the late 19th century and was used as a marker when RMS Titanic conducted sea trials from the Harland and Wolff shipyard in Belfast.

Standing 40 metres above the rocky seashore, St John’s Point Lighthouse is the tallest lighthouse in mainland Ireland. It is only beaten in height by the 54m-high Fastnet Lighthouse which sits offshore in County Cork.

The lighthouse is a well-known landmark in Co. Down, identified by bold yellow and black bands. With improvements to Killough Harbour, a lighthouse was requested along this treacherous coastline.

It was approved in 1839 and the foundation stone was laid by the Marquis of Downshire. Completed in 1844, the original lighthouse was 13.7 metres high with a 12 mile range.

Painted white, the tower had a white light that was changed to a red light in 1860. The lighthouse is operated by the Commissioners of Irish Lights and was fully automated in 1981.

An attempt to replace the 1908 Fresnel lens with less bright LED lights was abandoned after local protests. Currently it has a range of 29 miles.

The fog horn was discontinued in 2011. In 2015 many improvements were made to this historic building.

One of the beauties of St John’s Lighthouse is that it’s a short spin away from many of the best places to visit in Down.

Below, you’ll find a handful of things to see and do a stone’s throw from the lighthouse! 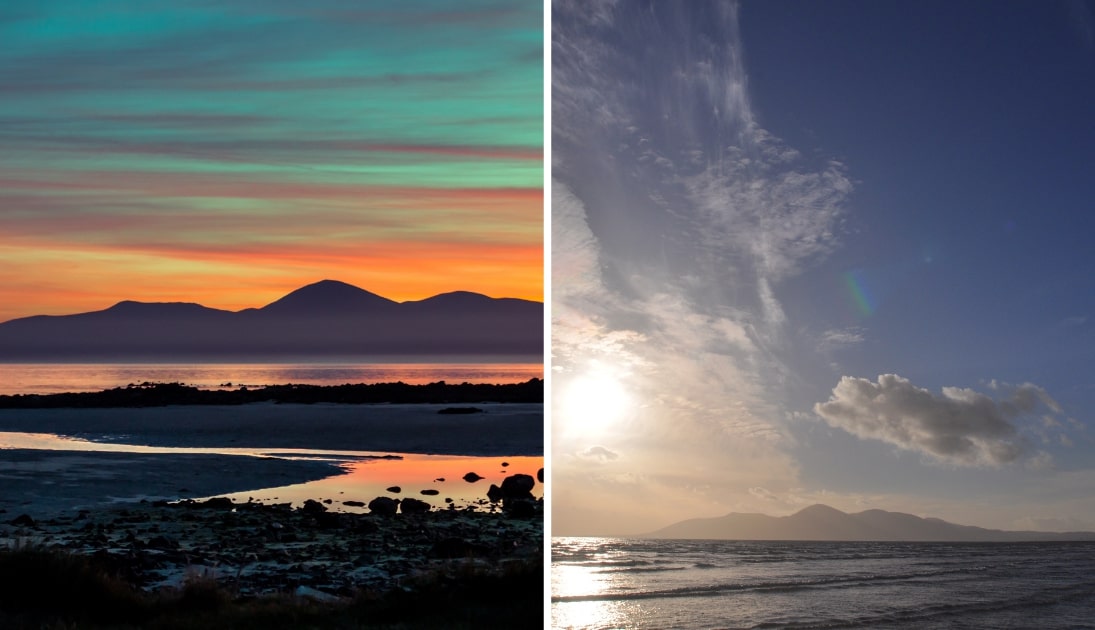 Just two miles northwest of St John’s Point, Rossglass Beach has superb views over Dundrum Bay. Located on the A2, the remote sandy beach has shingle and rocks above the high tide line but no facilities. The sand slopes gently down to the sea making it ideal for paddling and walking. 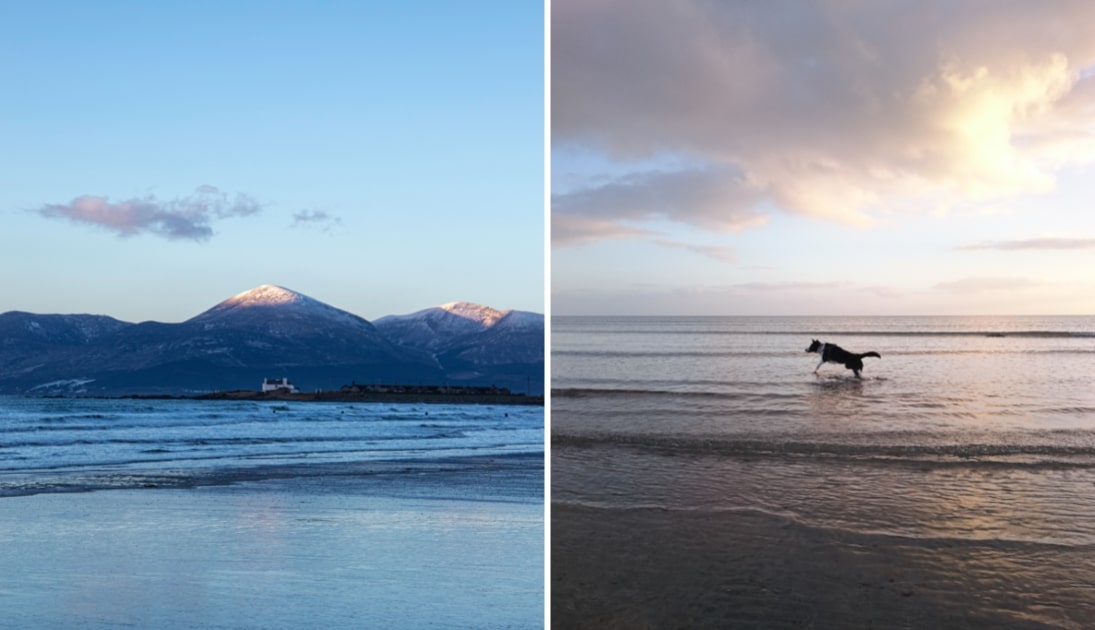 Five miles further along the coast, Tyrella Beach is a flat sandy expanse with Blue Flag waters. Some areas are clothing-optional. It’s popular for swimming and there are lifeguards in summer. It has a car park, toilets, beach shop and is popular for fishing, surfing, kite-surfing and windsurfing. 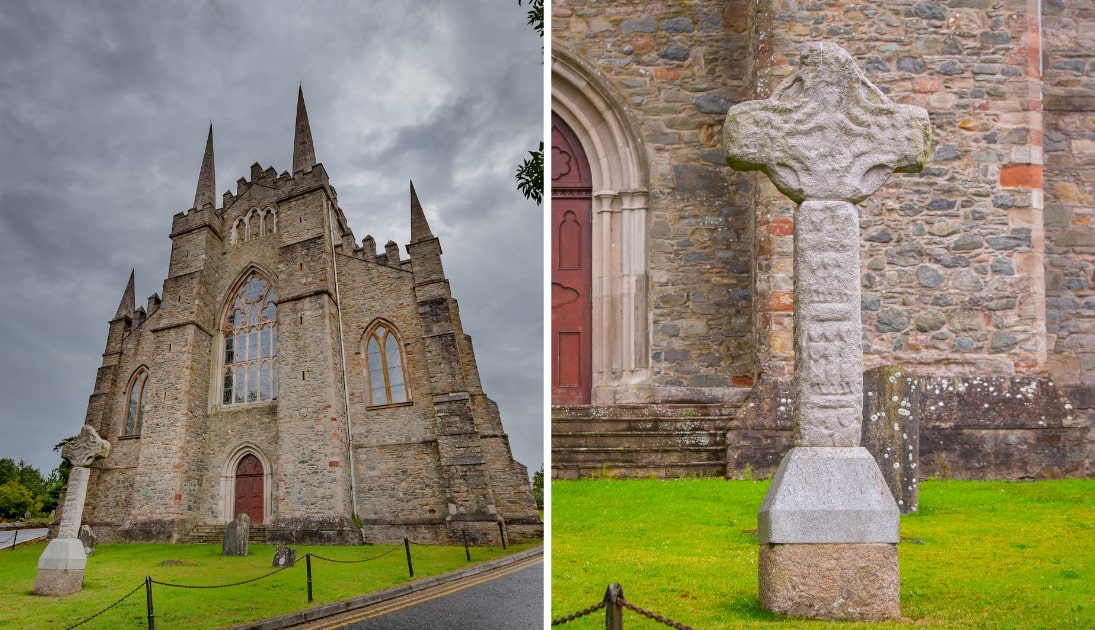 Downpatrick is one of Ireland’s most ancient and historic towns and takes its name from Ireland’s patron, Saint Patrick. Start at the Visitor Centre, visit the Down County Museum and former gaol, the Arts Centre, Quoile Castle and impressive Down Cathedral before hunting down some of the lovely restaurants and bars in the town.

FAQs about visiting St John’s Point in Down

We’ve had a lot of questions over the years asking about everything from ‘Is it worth seeing?’ to ‘Can you still stay there?’.

What lighthouse can you see from Newcastle Co Down?

You can see St John’s Lighthouse from parts of Newcastle (keep an eye out for it’s bold black and yellow stripes!).

You can stay at the lighthouse in one of several different accommodation options offered by the Great Lighthouse of Ireland.