The Rock of Cashel is easily one of the most iconic castles in Ireland.

One of County Tipperary’s main tourist sites, the Rock of Cashel is an imposing limestone outcrop that’s home to a clutch of fascinating medieval structures.

Visitors from across the globe flock to this magnificent structure to experience what has to be one of the nation’s more unique attractions.

Whether you come for the history, the stunning views or just to get some seriously cool photos, the Rock of Cashel is an essential stop (it’s also one of the best things to do in Tipperary).

In the guide below, we will take a closer look at The Rock of Cashel. We will delve into the origins of the ancient buildings located atop the rock as well as how best to visit them and much more besides.

The Rock of Cashel: Some quick need-to-knows 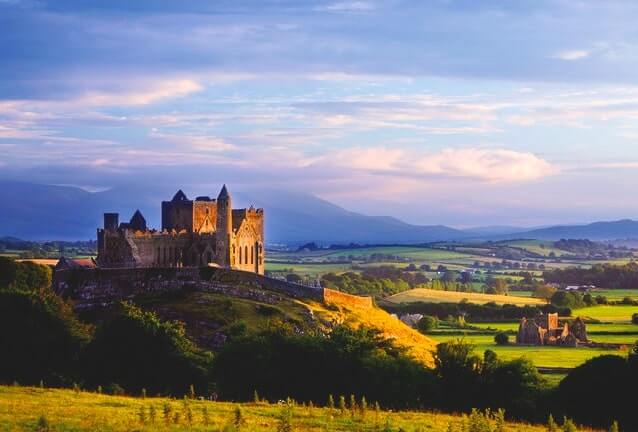 The Rock of Cashel rises high above the small town of Cashel in County Tipperary, southern Ireland. Atop the rock sits a variety of medieval buildings including the imposing ruins of a 12th-century Gothic church.

With views across the surrounding area, visitors come here for a glimpse of both manmade and natural wonders, yet the stunningly atmospheric ruins are the crowning glory of the Rock of Cashel.

The History of the Rock of Cashel 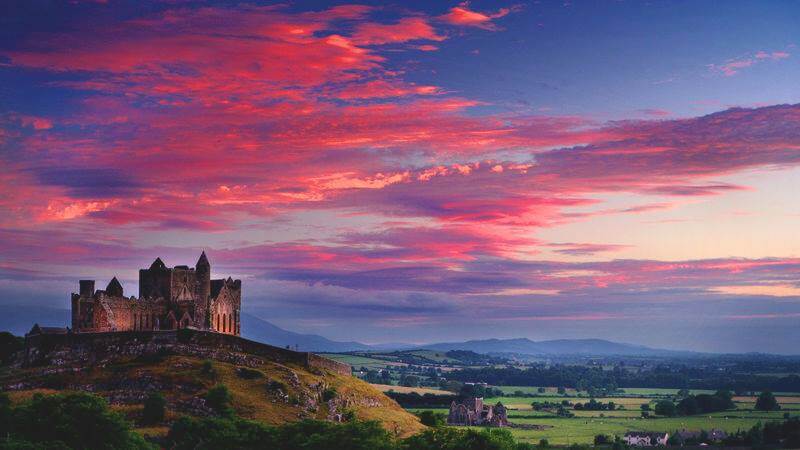 According to Irish folklore, the Rock of Cashel is originally from the Devil’s Bit, a mountain some 20 miles north of the town.

How exactly did the rock get to Cashel? Well, some say that the rock is the result of a huge battle between St. Patrick and the devil.

The story goes that the devil had taken up hold in a cave on Devil’s Bit Mountain. According to legend, a huge battle between the pair erupted one day.

It’s said that St. Patrick evicted the devil from the cave with such force that a piece of the mountain was propelled all the way to Cashel, where it still stands today.

There’s another story that tells of the same battle mentioned above, however, in this tale, the devil put up a battle.

Soon into the fight, the devil realised that he was no match for St. Patrick, and he blew a hole in the mountain from which he escaped through. The piece of mountain that was blown away landed in Cashel.

A home to the Kings of Munster

For many centuries, the Rock of Cashel was home to the kings of Munster. When the Normans invaded, this became their stronghold in the area and, in 1101, the local king donated the fortress he has on the rock to the Catholic church.

Today, there remains precious few traces of the site’s original ancient roots, with most archaeological remnants dating back to the 12th and 13th centuries.

The main buildings on the Rock of Cashel today are Cormac’s Chapel and the Cathedral, dating back to the 12th and 13th centuries respectively. 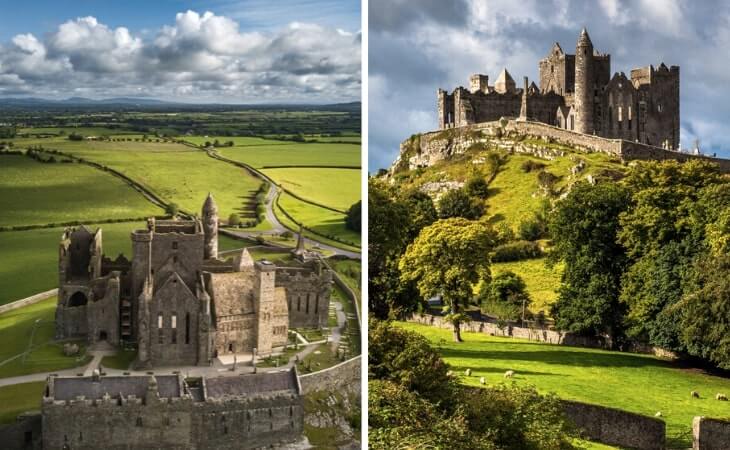 Nowadays, many who choose to visit opt to head off on a Rock of Cashel tour. This can be a great idea for visitors looking to get a closer appreciation of the site.

The only Rock of Cashel tour on offer currently (as of October 2020) is a self-guided tour that takes place via a one-way system (like many attractions in Ireland, currently).

The self-guided Rock of Cashel tour can be booked online here (note: please check their website in advance to ensure it’s open).

Where to grab a post-adventure meal nearby

One of the highlights of any Rock of Cashel tour is the chance to refuel after your adventure at one of the many local foodie hotspots.

Just a three-minute walk from the Rock of Cashel is Cafe Hans, a popular spot serving hearty locally-sourced fare. Expect delicious dishes such as baked cod and tasty sandwiches made with local soda bread.

Also nearby is Chez Hans, where the menu changes daily. With quality fare served in a cosy Victorian building, the food here is high-end and the presentation reflects this.

Finally, Ladyswell restaurant is a top option for visitors seeking simple, no-fuss cafe fare in central Cashel. Paninis, sandwiches, soups and more, all served with chips, will certainly hit the spot after a cold, windy morning spent exploring the Rock of Cashel.

James Connolly is a professional writer based in London. Having lived in cities across the world including Mumbai, Medellin and Barcelona, he uses his expertise to write articles showcasing the best of global travel.