There are countless castle hotels in Ireland, but few are as widely coveted as a place that lies at the heart of Ireland’s midlands.

Few have also housed yer man Kanye West and yer wan Kim Kardashian, but we’ll get to that in a minute…

The 5-star Ballyfin Hotel can be found in County Laois, at the foot of the mighty Slieve Bloom Mountains.

It was recently listed on the Condé Nast Travelers 2019 Gold list of the best hotels and resorts in the world. If you read below, you’ll see why! 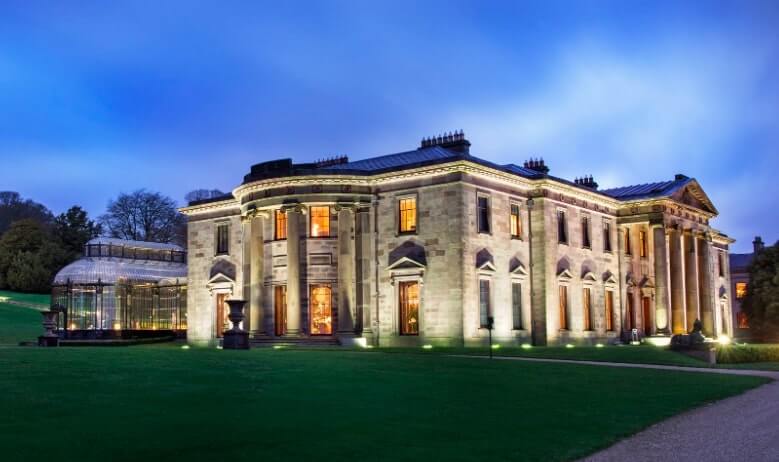 Set at the foot of the Slieve Bloom Mountains in County Laois lies a 5-star hotel that has charmed many a wealthy traveller.

Long been admired as the most lavish castle dwelling in Ireland, Ballyfin boasts an immensely impressive exterior and interior and is said to be the ideal destination for those looking for privacy and luxury.

In 2003 the castle underwent a lengthy eight years of restoration to bring it up to the standard of a 5-star country house hotel. It reopened in 2011 and has racked up rave reviews since. 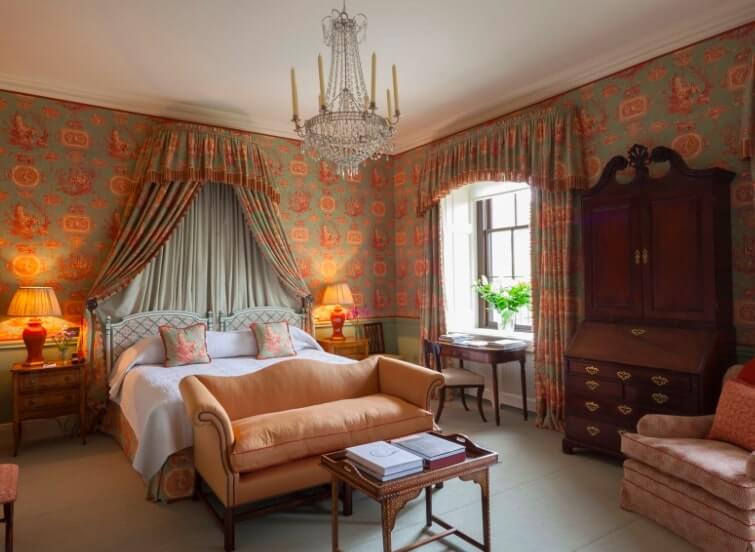 Ballyfin boasts a modest twenty rooms on its 614-acre estate. You can rent a room on its own but, if you’re feeling really flush, you can rent the entire place.

The hotel boasts six reception rooms, an 80-foot library with log fires and rare books and with a heap of different activities to take part in.

For those of you that fancy seeing the castle grounds from the water, you can head off on a boat trip of the 28-acre lake. You’ll be accompanied by the butler… (that’s not a joke, by the way!) There’s also clay pigeon shooting, archery, falconry and a pony and carriage experience. 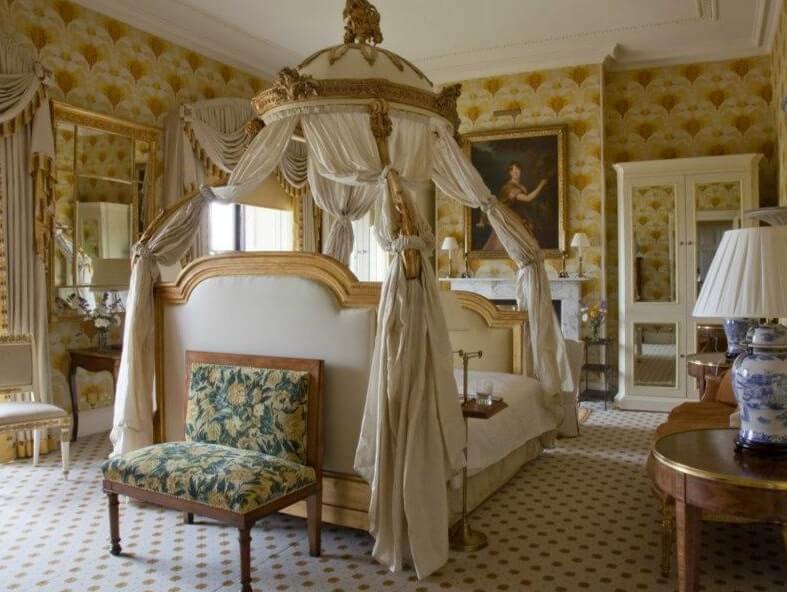 How much a night at Ballyfin Hotel costs

I popped in the first night in May for two people. The cheapest room on offer was a Deluxe Room (one King Bed and a marble fireplace). The total cost for B&B was €830.

The most expensive room on offer was the Gardners Cottage, which comes with a private patio, a living room with an open fireplace and a balcony overlooking the walled garden. The cost of this one was €2,100. Not to be sneezed at! 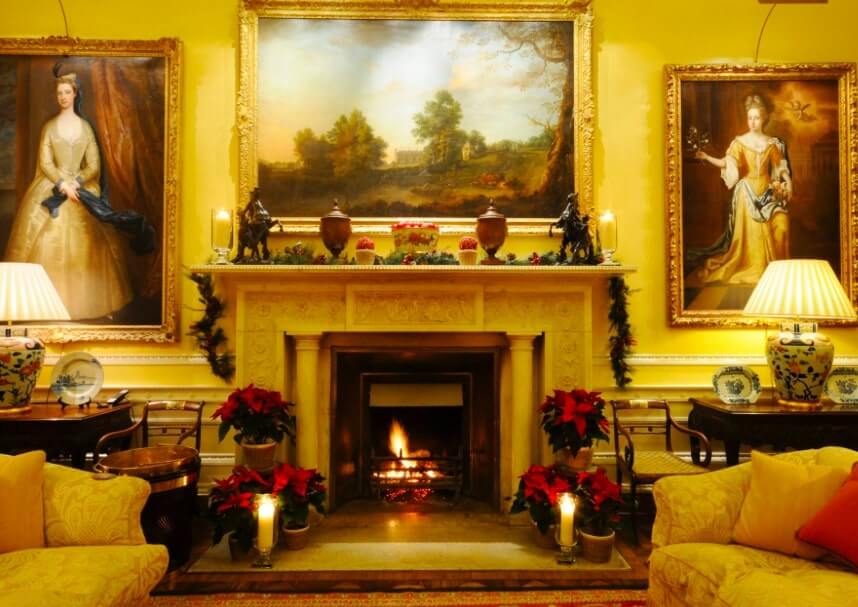 Where do Kim and Kanye come into it?

Back in 2014 Kim and Kanye visited Ireland on their honeymoon. Part of their time here was spent at Ballyfin Castle hotel.

Have you visited Ballyfin? Let me know in the comments below!