When it comes to Irish stout, one tends to reign supreme over the rest. I’m talking, of course, about Guinness.

However (and it’s a big however) there are plenty more Irish drinks of the stout variety that are well worth introducing to your taste buds.

Now, I’m not great at explaining tasting notes or any of that craic, but I know the difference between a fine and creamy stout and one that tastes like it’s been bled from the radiator in my local Garda station.

So, while you won’t find flavour profiles, food pairings or any of that stuff below, you will find five stouts from Ireland that are mighty beers like Guinness.

1. The Irish Stout by the Wicklow brewery 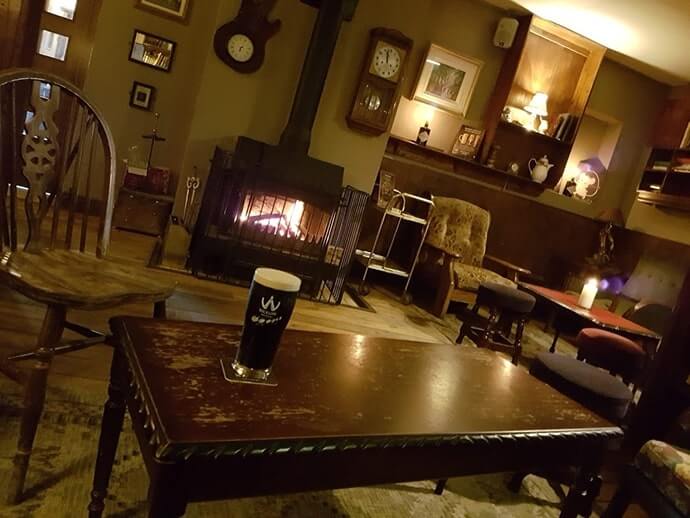 I took the photo above on my first visit to Mickey Finn’s Pub in Redcross in County Wicklow during the winter of 2017. We arrived in the pub and went out back to do the tour of the brewery.

When we finished up, we discovered that the snug was open and that there was a glorious open fire crackling away. I ordered a pint of their ‘Black 16 Stout‘, not knowing what to expect.

I drink Guinness 90% of the time, and I’ve had bad experiences with a number of Irish stouts over the years. This, however, was arguably the best pint of stout that I’ve ever drunk – and I don’t say that lightly.

Although it’s hard to tell from the photo above, the head was so plump and creamy that you could have rested a euro coin on it. It was velvety smooth and there was zero bitterness in the finish.

I’ve been yammering on about this stout ever since but I’ve yet to see it on tap anywhere other than Mickey Finn’s, which is a shame!

If you’re passing by, the brewery tour here is well worth a visit. Just make sure that you bring a designated driver with you so that you can nurse 3 or 4 of these lads!

The taste, according to the Wicklow Brewery, is: ‘Medium to full-bodied. A blend of vanilla, coffee and chocolate is met with a subtle bitterness that tails off into a sweet finish.’ Ingredients not listed. 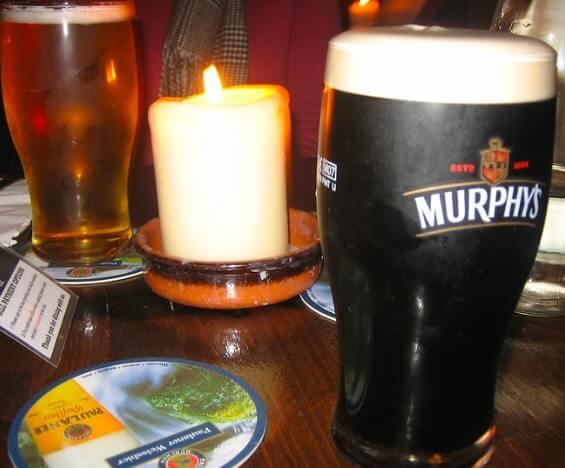 The first time that I ever tried Murphy’s Irish Stout was half by fluke. A group of us were sat in O’Sullivan’s Pub in Crookhaven in Cork having a bite to eat.

While we were eating and chatting away, a waiter dropped over two ridiculously creamy looking pints of Murphy’s to a couple at a table next to us.

The four of us spent the next couple of minutes side-eyeing the pints. A silent agreement was made – as soon as the plates were cleared, we’d be ordering up four of our own.

When the pints were brought to our table, we admired them from afar, like four proud fathers. The pints were creamier than any we ever had.

Taste-wise, this Irish stout is velvety smooth and reasonably light. The pints that we devoured had zero bitterness and there was a very slight coffee/toffee-ish taste.

This stout is only 4% proof, so it’s pleasant to drink and leaves very little after taste. I have a few cans of this stuff in the fridge, and it’s pretty decent out of a tin, too!

The taste, according to Murphy’s is: ‘Classified as an Irish Dry Stout, Murphy’s is dark in colour and medium-bodied. It is silky smooth with toffee & coffee undertones, almost no bitterness, and an irresistible creamy finish’. Ingredients: Water, Malted Barley, Barley, Hop Extract, Nitrogen.

A quick disclaimer before we hop into our next stout – I’ve only ever tried this one out of a can, but it was still tasty enough that it warrants a place in the top three.

Beamish was first brewed in the Beamish and Crawford brewery in Cork as far back as the late 1790s. In 1805, the brewery was the largest in Ireland and it was knocking out 100,000 barrels per year.

It wasn’t until many years later, in 1833, that it was overtaken by Guinness. I had three cans of Beamish a few weeks back after hearing people rant and rave about it for years.

The drop from the can was nice and silky smooth. Personally, I found Beamish to have a more noticeable/lasting taste, in comparison to Murphy’s. 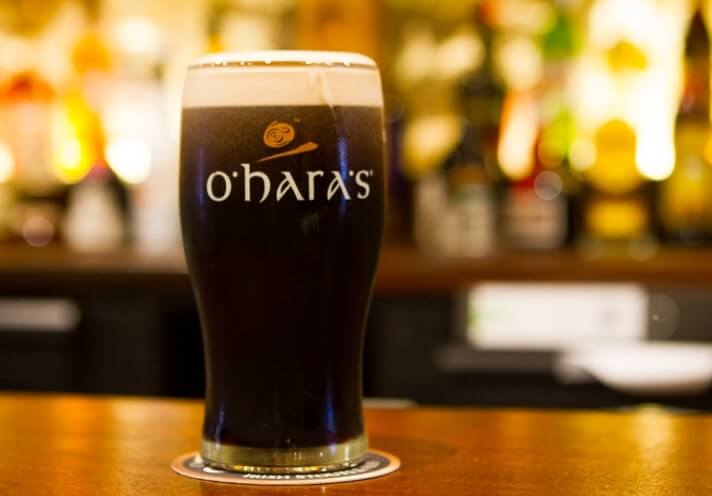 Photo via the Carlow Brewing Company

If you’re a fan of the craft beer movement that seems to be going from strength to strength in Ireland, the chances are that you’ll be familiar with the O’Hara’s brand from the Carlow Brewing Company.

Now, although O’Hara’s are arguably best known for the craft beer that they produce, they also fire out one of the tastiest dry stouts in the land.

O’Hara’s Dry Stout was first brewed back in 1999 and since then it’s racked up its fair share of awards. I’ve had a few pints of this over the years.

Now, I’ve only had this on draft, but you can find it bottled in some off-licences in Ireland. As is the case with all stouts, in my opinion, this is best sampled from a tap. 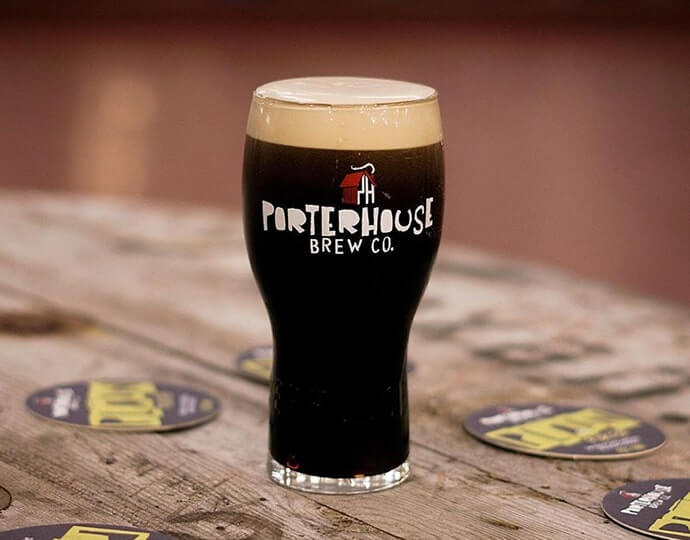 Photo via the Porterhouse

I’ve had more headaches over the years from nights spent drinking random craft Irish beers in the Porterhouse pub at the end (or maybe its the start?!) of Grafton Street in Dublin.

It wasn’t until I was there for a very random dinner one evening last winter (the beef and Guinness stew from here is unreal!) that I saw an ad for their ‘Plain Porter’.

I decided to give one a lash and ordered up a pint after dinner. I was wary. I tried a stout from here years previous and it didn’t go down well, to say the least.

I was pleasantly surprised with this one, though. The pint that I had was nice and light. The only thing that I didn’t like was the slight bitterness at the end.

As a Guinness drinker, I’m programmed to associate bitterness with a bad pint. This was tasty enough that I ordered up a second.

According to the Porterhouse: ‘Our Plain Porter – porter is a lighter version of stout – is a double gold medal winner. Its subtly aromatic, a silky, round mouthful with a touch of bitterness kicking in at the finish.’

Have you tried a great Irish stout that you’d recommend? Let me know below! If you enjoyed this guide, make sure to nip into our guide to the best Irish beers on the market in 2022.

My friend and I were in Ireland this past September and found both Beamish (on tap…not a bottled version) and Island’s Edge to be more flavorful and complex than Guinness. St. Peter’s in England produces the best Stout I’ve tasted, easily beating Guinness.

Great review! Too bad those of us in the US can't try most of them.