Mount Leinster is the highest of the magnificent Blackstairs Mountains.

You’ll find it straddling the border between counties Wexford and Carlow where it offers breath-taking views.

The best part? The Mount Leinster Walk is a nice and straightforward – you just need a couple of nuggets of info, which we’ve laid out for you below!

Some quick need-to-knows about the Mount Leinster walk 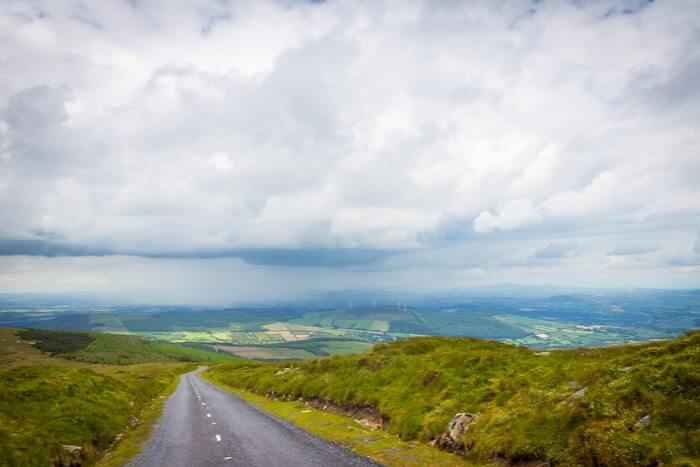 Before you hop into our Mount Leinster Walk guide, take 30 seconds to read the bullet-points below, as they’ll get you up-to-speed quickly.

There’s plenty of room to park up at the Nine Stones Viewing Point (here on Google Maps), which is where the walk starts from. And if there’s a more scenic car park in Ireland than this one, then please let me know!

Although this is a straightforward hike in one direction along a tarmacked road (which should make walking easier, in theory), you’ll be taking on some serious gradients! It’s a total climb of around 350 metres which can reach 20% gradients in some places so be prepared for a challenge. A decent level of fitness is required.

Despite the gradient challenges, this isn’t a long walk and comes to around 3 km in total. It should take about 90 minutes to complete, but allow longer if it’s a clear day as the views really are exceptional. 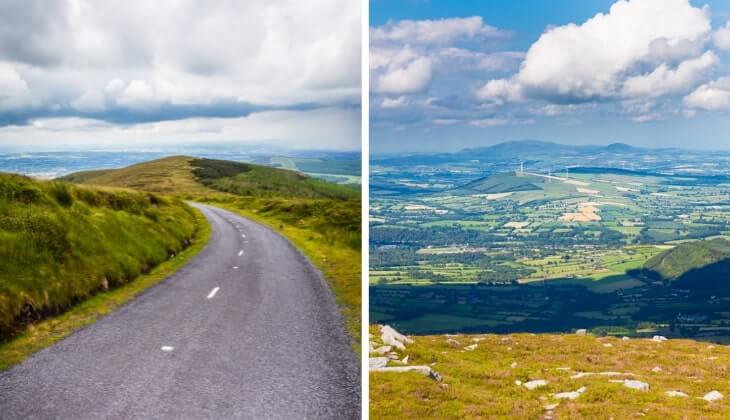 Soaring to a height of 2,605 ft, Mount Leinster is the fifth-highest mountain in Leinster (Lugnaquilla in Wicklow is the highest at 3,035 ft).

With its impressive elevation and vast space, the transmission site is also a popular launch location for hang gliding and for radio-controlled gliders (though take care if you’re trying this, as a hang glider pilot died from injuries sustained in a crash landing in 2003).

In fact, this wasn’t the first crash here either. Exactly 20 years earlier in 1983, a Cessna light aircraft crashed 100 ft below the summit while on a flight from Birmingham to Kilkenny, resulting in the deaths of four people.

Thankfully, there shouldn’t be any threat of crash landing when you take on this simple hike!

An overview of the Mount Leinster hike 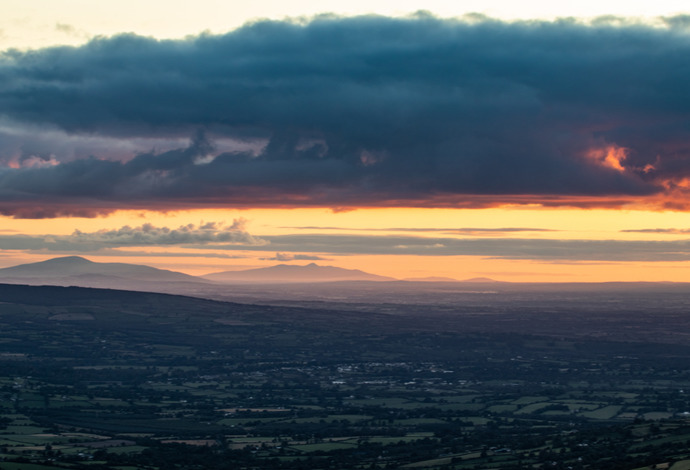 Oddly for a hike, the start point of this offers views almost as good as the summit! Anyway, kick off the walk from Nine Stones Viewing point by ambling around the metal barriers of the tarmac road and starting heading up the hill (you can’t miss them).

The thick trees on both sides of the road will quickly fade away, leaving you exposed to the elements and with gorgeous views on either side. Navigate your way over a cattle grid and make your way around the following left and right bends.

This section of the Mount Leinster walk is arguably the steepest, and it can be a little disheartening as you trod along while the trees on both sides block out the views.

However, continuing climbing and soon enough the sight of the transmitter should hone into view – this point marks the summit.

Make the steep climb up to the summit and stop to enjoy a seriously majestic panorama! The rolling humps of the Blackstairs Mountains look epic from this height and on a clear day, you should be able to make out the Wexford coast in the hazy distance.

Kick back and relax until you’ve had your fill. When you’re ready, follow the road back down to the car park.

Places to visit near Mount Leinster

One of the beauties of the Mount Leinster walk is that it’s a short spin away from many of the best places to visit in Wexford, Carlow and Kilkenny.

Below, you’ll find a handful of things to see and do a stone’s throw from Mount Leinster. 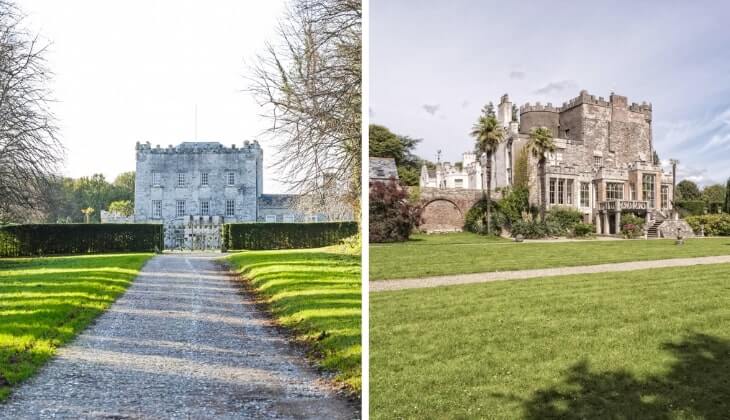 Also known as Clonegal Castle, Huntington Castle was originally built as a defensive garrison in 1625 and was captured by Cromwell’s forces in 1650. These days things are much more sedate and it’s a pleasant place to visit (especially the gardens in the summer) that’s just a 25-minute drive from Mount Leinster. 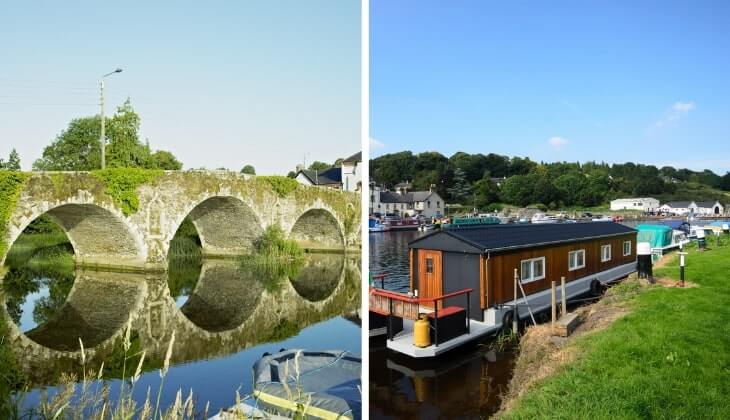 Perched on the River Barrow, Graiguenamanagh is one of the prettiest villages in the region and is less than half an hour’s drive from Mount Leinster. If you want a post-hike pint and feed then you could do a lot worse than heading over to this cracking little spot.

Kilkenny’s highest mountain, Brandon Hill rises to a height of 1,690 ft and forms part of the South Leinster Way long-distance trail. If you fancy another hiking challenge nearby then this could be for you! Make the 40-minute drive from Mount Leinster and check it out.

How long is the walk up Mount Leinster?

If you follow our Mount Leinster walk guide, the trail will take you 90 minutes max. There are longer trails, but this one is nice and accessible.

Where do you start the Mount Leinster hike from?

There are several start points. We like to tackle it from the Nine Stones, as there’s a good road to follow and it’s nice and straightforward.