That’s a different kettle of fish altogether. In this guide, we’re looking at the most iconic live music venues in Dublin.

Places like The Olympia and Vicar Street that have stood the test of time and, to this day, host a jam-packed schedule of events.

Later in the guide, you’ll find a handful of newer venues in Dublin that host regular gigs and music nights. Dive on in!

Below, you’ll get an insight into their history along with an overview of some of the most notable musicians that have take to their stages.

Did you know that Laurel and Hardy’s last performance was in Ireland? They played two weeks at the Olympia!  From Adele to Dermot Morgan to David Bowie and many more, the best performers in the world, both nationally and internationally, perform here. If you’re an Abba fan, Thank You for The Music premieres in April 2022. 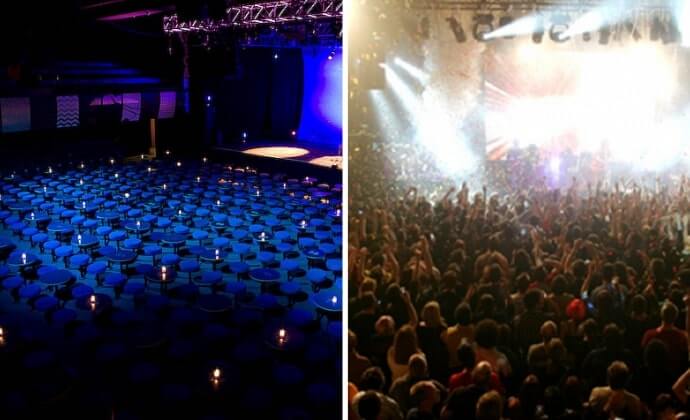 Photos via Vicar Street on FB

Vicar Street is one of the most intemate live music venues in Dublin. It feels as if you’re participating in a show rather than simply watching it from afar.

With the seats rising at the back of the venue, you won’t have any problem with big hair or tall people! Capacity is just over 1000, and performances range from concerts to stand-up.

It’s popular with artists too and has hosted the likes of Christy Moore, Tommy Tiernan, and Ed Sheeran, among many others. Prices tend to be reasonable for such an iconic venue, and the staff are friendly and fun.

The National Concert Hall dates back to 1865 and it was constructed to host the Great Exhibition. It later became a University until, in 1981, it became one of Ireland’s finest cultural assets.

The event schedule at The National Concert Hall is nice and varied, with everything from orchestras to more traditional Irish music taking place.

The National Concert Hall host around 1,000 shows each years and the interior of the building showcases some of the finest architecture in Dublin.

Other very popular music venues Dublin has to offer

Now that we have the historic live music venues in Dublin out of the way, it’s time to see what else the capital has to offer.

Whelan’s has been synonymous with great live music for over 30 years, and its popularity has never waned with either the clientele or the artists.

A pub since 1772, it has flourished since becoming a performance venue. The space is often adapted to shows other than music and draws great audiences for stand-up comedians.

In recent years it’s become a favourite with fans of Cecilia Ahern’s P.S. I Love You because of its appearance in the movie. There’s a great buzz to the atmosphere, and even if the place is packed, you won’t wait long to be served – the staff take professionalism to the next level! 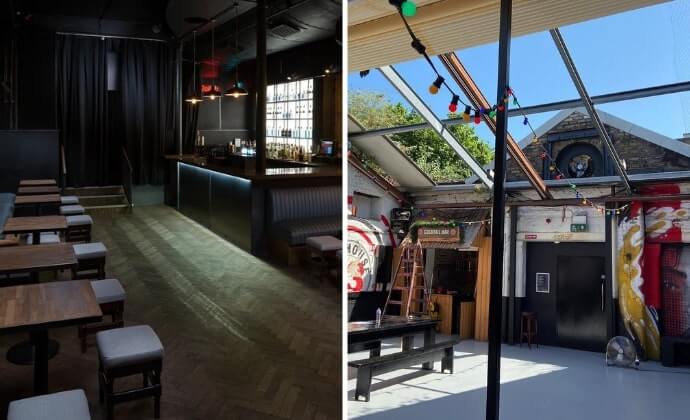 Photos via The Grand Social on FB

The Grand Social is one of those places you might never have heard of, but spending an evening there turns out to be one of the best nights you’ve ever had.

There’s a covered patio and bar area upstairs where you can see live bands visiting from all over the world. Acts like Picture This, Primal Scream and Damian Dempsey have performed for audiences here.

The downstairs area is a party anthem Heaven at the weekends, and when the D.J. moves out, you can go back for a jazz session on Mondays.

Music for savouring here – you can feel it but not be overwhelmed by it – the sound system is excellent and can accommodate any type of performance without losing its quality.

It’s a popular venue for visiting artists’ after parties, and they also cater for private and corporate parties of groups up to 900. 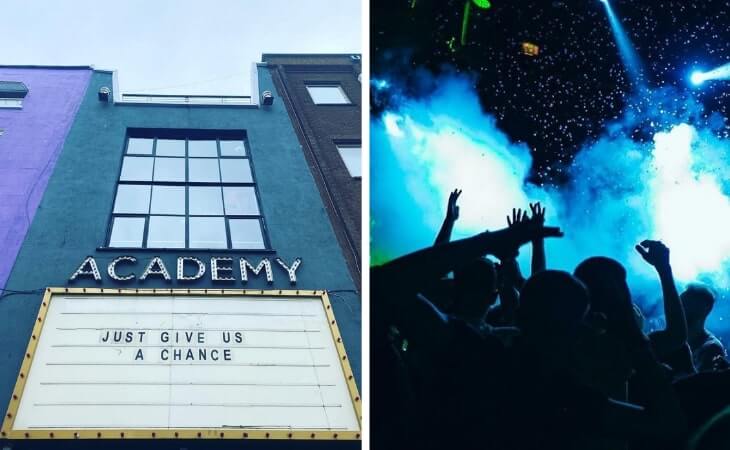 Photos via The Academy on FB

There are loads of choices at The Academy for both young and old punters. There are three separate venues; the Main Room caters to the largest crowd but still retains a sense of intimacy because of its layout.

Then there’s the Green Room on the ground floor that caters for private parties, club nights and other special events.

The basement holds Academy 2 and is where you’ll see up and coming local and international acts and some club nights too. If you hark back to the time before the Millennium, keep an eye out for upcoming events – all eras are covered.

FAQs about the best music venues in Dublin

We’ve had a lot of questions over the years asking about everything from ‘Which are the longest running?’ to ‘Which host the biggest names?’.

What are the most historic live music venues in Dublin?

The Olympia and Vicar Street are two music venues in Dublin that have stood the test of time. Concerts here just hit different.

What Dublin music venues are good for gigs?

The Academy, The Button Factory, The Grand Social and Whelan’s all do regular gigs, with a mix of local and international artists.

Where do you go to hear traditional Irish music

Hi Tracy - Here's a guide to some of the best