The People’s Park in Limerick City is a great spot to escape the hustle and bustle.

Located right in the centre of the city, it’s a short ramble from the Limerick City Gallery of Art and some great cafes.

In the guide below, you’ll find info on everything from parking to things to do in Limerick’s People’s Park.

Some quick need-to-knows about the People’s Park 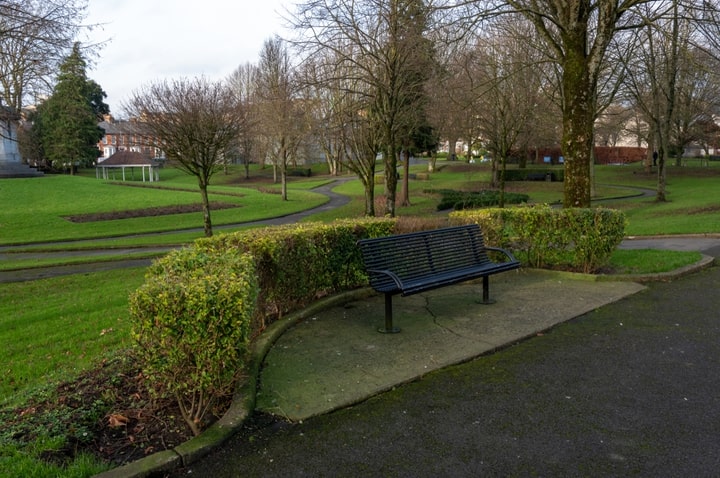 Although a visit to this green space is fairly straightforward, there are a few need-to-knows that’ll make your visit that bit more enjoyable.

The People’s Park is situated in the centre of Limerick City, conveniently located within walking distance from the main attractions of the city. It’s also a handy 5-minute walk from Limerick train station.

There are limited parking areas around the park and no free parking options. However, the Q-Park on Henry Street is a short 5-minute walk away.

3. A fine place to escape the hustle and bustle

The People’s Park is the perfect place to relax and escape busy Limerick City for a bit (without actually leaving the city!). There’s some great coffee spots nearby and it’s a lovely green space to ramble around.

The People’s Park is also home to a popular playground. You’ll find it just off Upper Mallow Street (here on Google Maps). It has slides, rope walks, swings and plenty more.

About the People’s Park 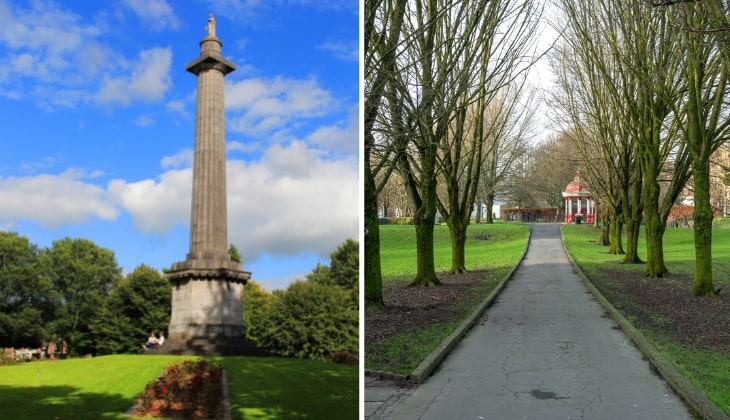 The People’s Park was originally built as part of the Georgian Pery Square development which kicked off in 1835. According to the original plan, Pery Square had to imitate the design of Merrion Square and Mountjoy Square, both of which are located in Dublin.

However, when the Famine hit Ireland, the Irish economy collapsed and the funds that were allocated to the project quickly evaporated. As a consequence, only one of the terraces included in the original design could be completed.

For many years, the People’s Park was only open to those who had a key. This was the case with many parks ‘back-in-the-day’. Thankfully, in 1877, the park was made open to the public in honour of a well-known local businessman by the name of Richard Russell.

Things to do around the People’s Park 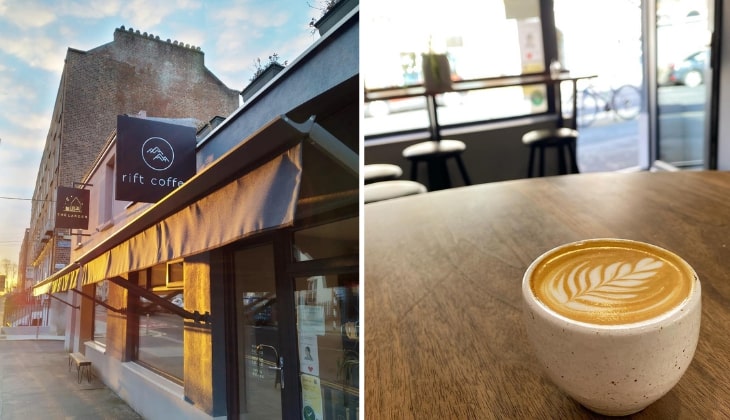 Photos via Rift Coffee on FB

If you’re looking for easy-going things to do in Limerick, here’s a mini-itinerary for a very chilled morning of coffee and strolls.

1. Grab a coffee to go from Rift Coffee

Before heading to the People’s Park, nip into Rift Coffee on Upper Mallow Street (it’s around a 3-minute walk from the park.

2. Then head for a saunter

Now that you’re adequately caffeinated, take the short stroll to the park. When you arrive, you’ll be greeted by a clatter of different species of plants and trees, from ashes to cheery blossoms and much more.

Although there are several different paths to head off along at the People’s Park, it’s impossible to go wrong, so tip along whichever way grabs your fancy!

3. Keep an eye on for Rice’s memorial

As you walk through the park, keep an eye out for Rice’s memorial – a limestone Greek Doric column on top of which stands a sculpture representing Thomas Spring Rice.

Rice was an MP for Limerick City and a landowner. Despite this, he was very popular. The statue was built by the Barrington family in 1829 and it’s stood proudly ever since.

Things to do near the People’s Park

One of the beauties of the People’s Park is that it’s a short spin away from many of the best places to visit in Limerick.

Below, you’ll find a handful of things to see and do a stone’s throw from the park! 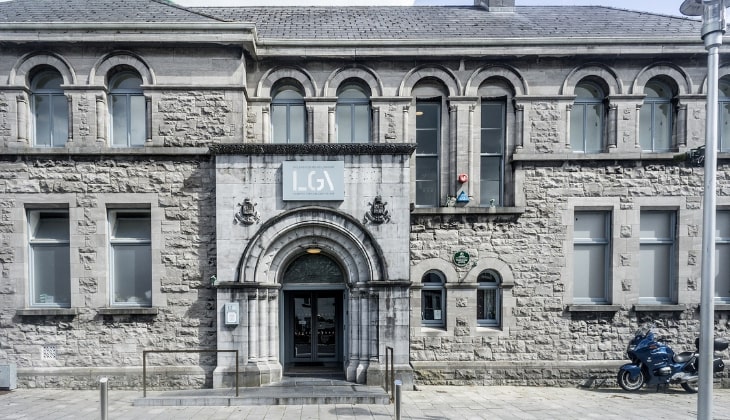 Limerick City Gallery of Art is located at the northwest corner of Pery Square, facing the People’s Park. This gallery is home to a permanent collection and it regularly hosts temporary exhibitions displaying the work of prominent contemporary Irish artists. 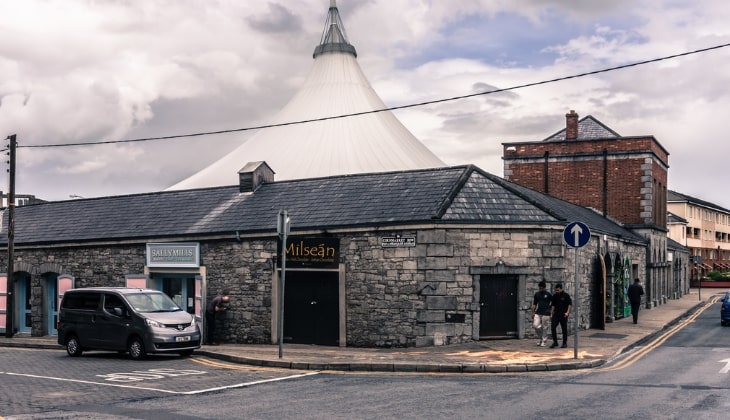 So, there’s plenty of great restaurants in Limerick, but if you’re after a bit of an experience, head off in the direction of the now-iconic Milk Market where you’ll find everything from tasty treats and baked goods to savoury delights. 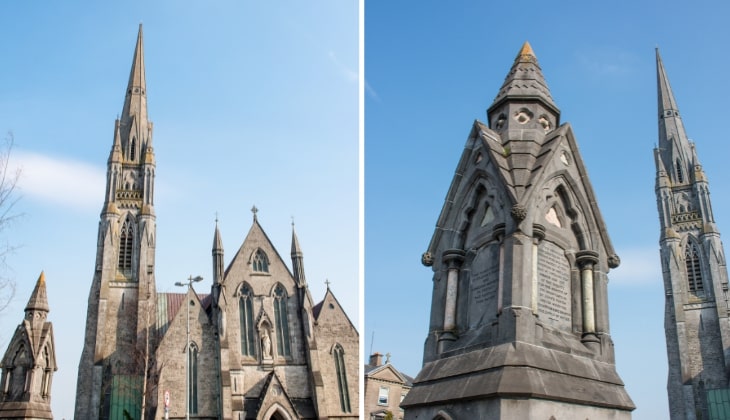 St John’s Cathedral was built in 1856 and it was said that it had the tallest tower bell in Ireland. However, recent measurements have verified that the spire is 81 metres in length, the fourth tallest in the country. It’s a stunning building inside and out. 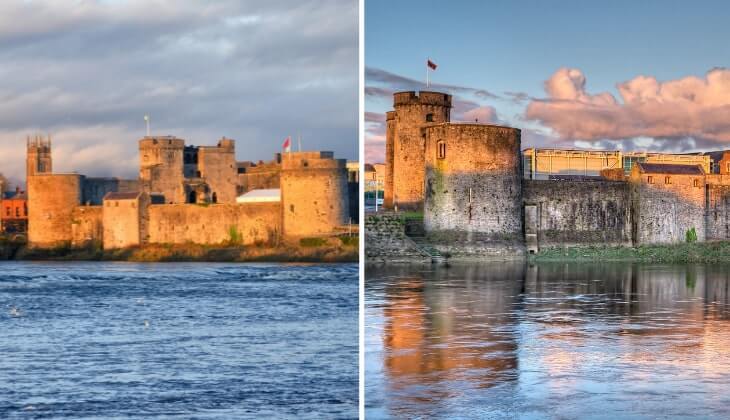 King John’s Castle is one of the most impressive castles in Limerick. It’s a joy to observe from across the river and it’s a great place to uncover Limerick’s rich history.

FAQs about the People’s Park in Limerick

We’ve had a lot of questions over the years asking about everything from ‘Where do you park?’ to ‘Is it worth visiting?’.

Is there parking at the People’s Park?

No. There’s very limited street parking nearby but there is a Q-Park on Henry Street a short 5-minute walk away.

What is there to see in the park?

There’s a variety of flowers and trees, there’s a gazebo, the Rich Memorial, a playground for the kids and plenty of space to stroll.