There’s a fair few things to do in Athlone. You just need a decent itinerary to ensure that your time there is well spent.

You’ll get to the heart of Ireland (quite literally) in Athlone. Only 5 miles from Ireland’s geographical centre, the Midlands’ largest town is full of history, character and also serves as a good base for exploring the region.

From sailing a Viking ship around Lough Ree to sinking pints of plain at Ireland’s oldest pub, there’s plenty of weird and wonderful things to do in Athlone.

The best things to do in Athlone, Ireland

The town is home to plenty of things to see and do and it’s also a stone’s throw from heaps of natural and man-made attractions, as you’ll discover below. 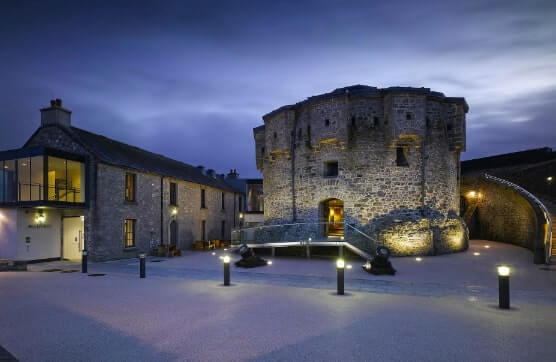 Dating from the 13th century and survivor of numerous attacks and sieges, a trip to the fortress-like Athlone Castle is one of the most popular things to do in Athlone.

The turmoil it’s been through over the last 800 years means it looks quite different now to how it was originally constructed.

The towers were actually shortened during the Napoleonic Wars to make them less susceptible to cannon fire! Prepare for tales of furious battles, bloodshed and bravery.

There’s a reason that Athlone Castle ranked so high in our guide to the best castles in Ireland. Make sure you etch out some time to explore it. 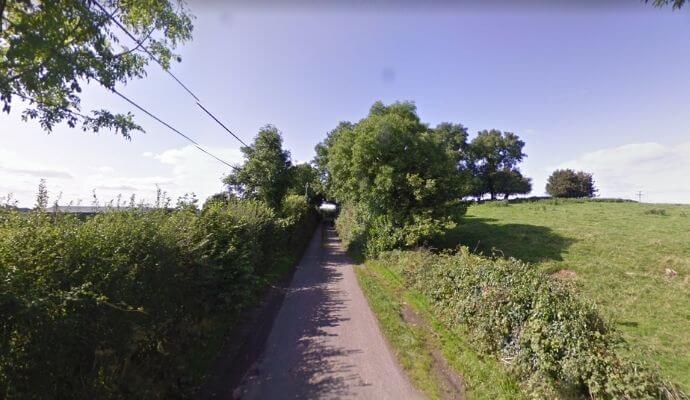 A more genteel way of passing the time in Athlone is to take a ride along the Old Rail Trail to Mullingar.

The trail runs along a 42-kilometre stretch of what was the Midlands Great Western Railway. Now fully paved over, you’ll be able to peacefully glide through serene farmland, under arched bridges and past old disused stations.

42km sounds intimidating but there’s no rush to go the whole distance and there’s plenty of stops along the way to take in this unique experience. 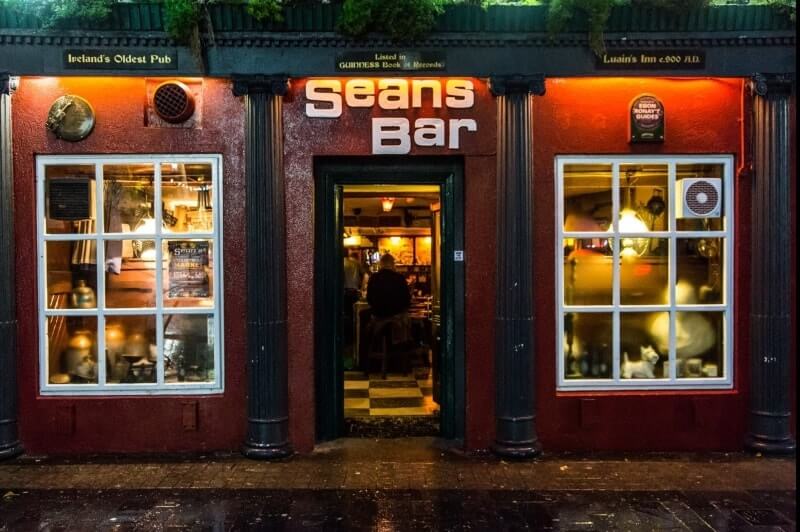 From one way of embracing the past to another. If you’re going to relax with a smooth pint after a lengthy bike ride, why not do it at Ireland’s oldest pub?

A short walk from the River Shannon and said to date from 900AD, Sean’s Bar has been pouring pints (or however they satisfied thirsty customers back then) for over 1000 years.

But don’t spend too long trying to wrap your head around that remarkable fact. Sit back and enjoy the cosy atmosphere and great beer at this Athlone institution.

4. Step back in time on a Viking Cruise (one of the most unique things to do in Athlone) 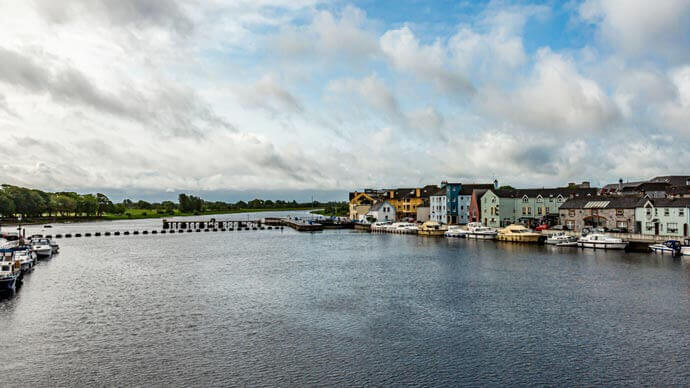 Got your horned helmet at the ready? Paying tribute to the actual Viking Longships that travelled around the Irish coast over 1200 years ago, Viking Cruises run 75-minute cruises up to Lough Ree – ‘Lake of the Kings’.

Leaving from the quayside at Athlone Castle, the journey is a step back in time on a longboat (almost) where you’ll hear tall tales of the Vikings and their history in the area.

This is a solid option for those of you wondering what to do in Athlone with hard to amuse kids – they’ll (hopefully) love this!

5. Stretch the legs on the Shannon Banks Nature Trail 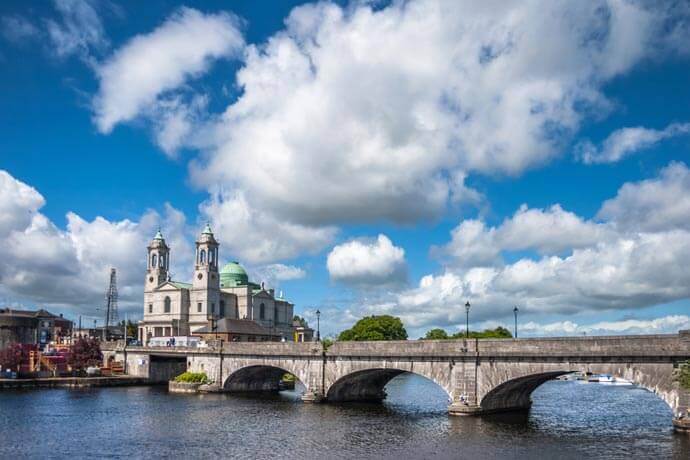 If you’re in search of more active things to do in Athlone, the Shannon Banks Trail is well worth considering.

If you don’t feel like cycling, then another fine outdoors way of seeing Athlone is along the Shannon Banks Nature Trail.

At a breezy 5km, the trail is a relaxing walk that starts behind Athlone Castle then loops around the banks of the Shannon.

Taking you past marshland, wildlife and the old Athlone Canal, there’s plenty to catch your attention along the way. This is an ideal thing to do in Athlone at any time of year – as long as it doesn’t rain!

6. Then make your belly happy at The Fatted Calf 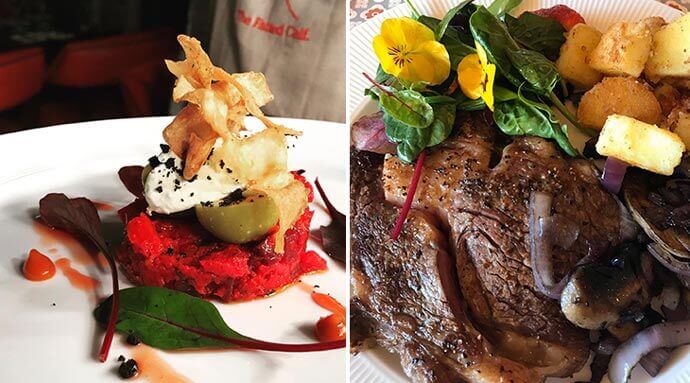 You’re going to want a serious feed after all this activity so why not hit up the finest restaurant in Athlone?!

Opened in 2010 by husband and wife team Feargal and Fiona O’Donnell, The Fatted Calf on Church Street serves up the best in modern Irish cuisine using the freshest ingredients and seasonal locally sourced Midlands produce.

Given its name, they unsurprisingly pride themselves on their meat here so order the chargrilled 10oz John Stone 30-day dry-aged Irish tenderloin steak and devour it all.

7. Visit Baysports (one of the best things to do in Athlone with a group) 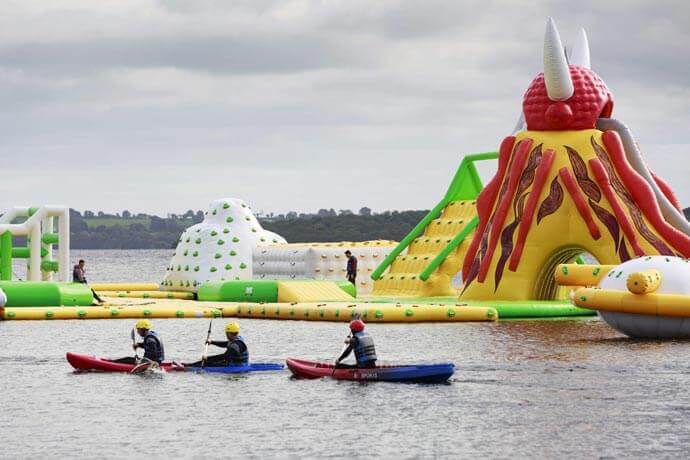 This. Looks. Deadly! If you’re wondering what to do in Athlone on a hen or stag or with a large group of family or friends, this should be right up your street.

Located on the west shore of Lough Ree and tucked into Hodson Bay, it’s only a short 10-minute drive from Athlone centre. 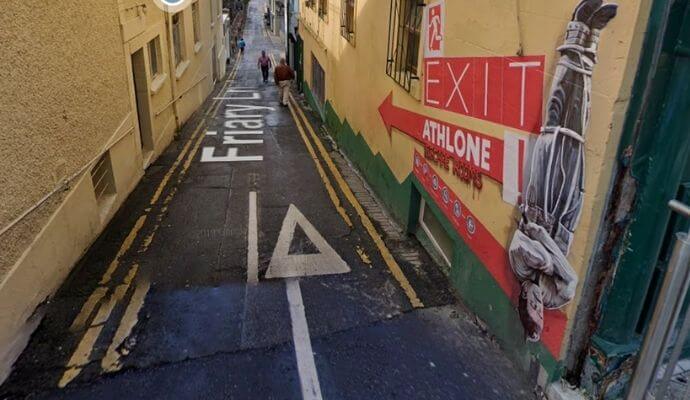 Bragging rights are on offer later in the evening if you can say that you were the one who ‘figured it out’.

Located just off Church Street on Friary Lane, Athlone Escape Rooms provides a fiendish set of tests for those intrepid enough to take the challenge on.

From games involving zombie apocalypses to mysterious Celtic stories from deep in Ireland’s past, there’s a whole host of atmospheres and quizzes of differing difficulty on offer here.

Things to do near Athlone

OK. So, the second section of this guide tackles things to do near Athlone (within reasonable driving distance).

Below, you’ll discover everything from a heritage park that perfect for a nosey around to a farm that the kids will love.

Here’s a quirky old park if ever I’ve seen one – check out some of the sculptures if you don’t believe me!

Only 15 minutes from Athlone and set across 27 acres of serene parkland, Dún na Sí Amenity & Heritage Park is a bucolic getaway that combines art, history, culture and recreation into one unique space.

Not only is it a cracking place for a stroll, but there’s also plenty of historical sites and wildlife dotted about too. 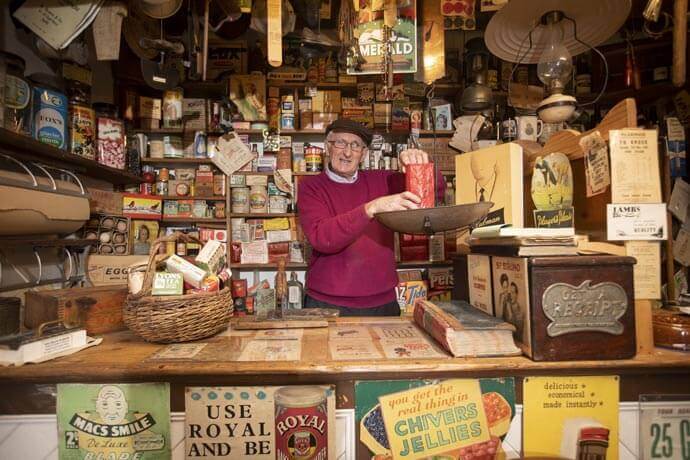 A treasure trove of Irish history, there are over 6000 artefacts in this eccentric little museum only 15 minutes from Athlone!

Even if you don’t have time to see them all, it’s hard not be impressed at the collection attained by owner Charlie Finneran over the last 35 years.

Covering rural farm life of the 1800’s all the way through to the dusty gramophones of the recent past, this is an epic assortment of memorabilia.

3. Glendeer Pet Farm (one of the best things to do in Athlone with kids) 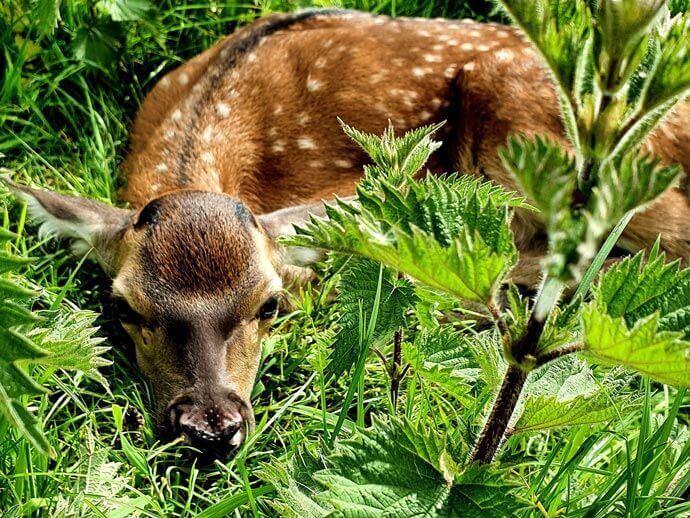 Here’s an absolute winner if you’re after things to do in Athlone with a young family in tow. Just 10 minutes from the town centre, the Glendeer Pet Farm contains a bunch of the usual Irish farmyard animals.

There’s also an exotic motley crew that you certainly won’t find anywhere on the Emerald Isle.

Think parrots, emus, wallabies, monkeys, raccoons, meerkats and alpacas. Best of all, the kids get to feed the (always obliging) donkeys, goats and sheep too.

What to do in Athlone: where have we missed?

I’m sure that we’ve unintentionally left out some great things to do in Athlone in the guide above. If you have somewhere or something to recommend, let me know below.