Picking Irish wedding songs can be a daunting task.

There’s endless great Irish songs to choose from and finding a playlist of appropriate tunes can be very time consuming.

However, it doesn’t have to be. In this guide, you’ll find some gorgeous Irish songs from weddings that’ll save you time and hassle! 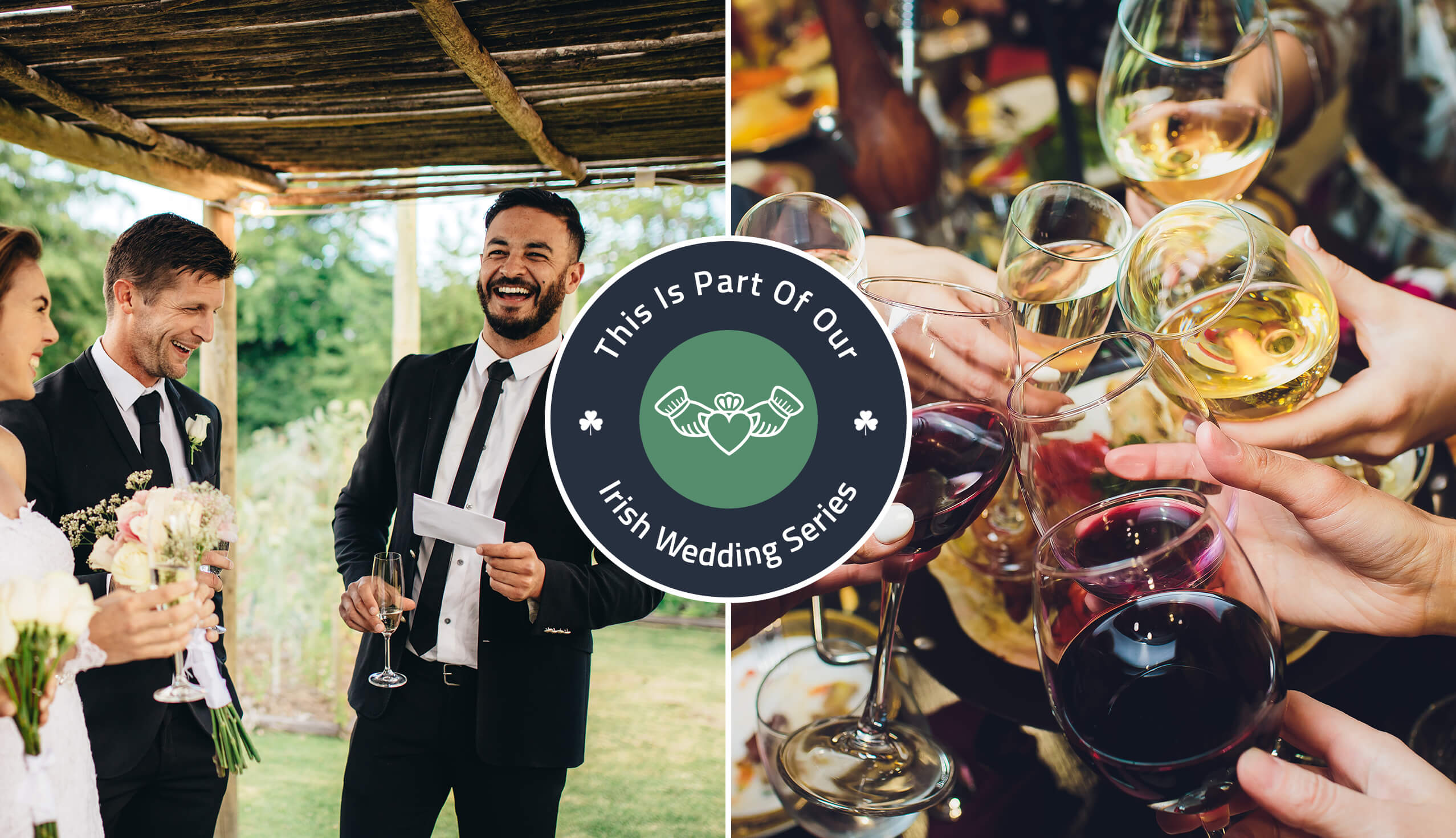 Now then, you’ll want the songs that mean the most to you, and to be fair, everyone will have a different opinion as to what songs belong on a wedding day playlist and which don’t.

For us though, the following won’t fail to stir the crowd on the big day (at the end of this guide we’ve also popped in a Spotify playlist with all of the songs below on it).

You’ve gotta love the Cranberries for a bit of classic Irish pop/rock and “Dreams” is sure to get the crowd singing along and joining in with the harmonies.

From the unmistakable intro to the breathtaking vocals, it’s a masterpiece from start to finish. If you’re looking for Irish wedding songs to walk into, this is a great, lively option.

2. Nothing Compares 2 U (Sinéad O’Connor)

Sinéad O’Connor will never fail to catch the attention of your guests and have them singing along.

Although Nothing Compares 2 U is a bit of a slow-paced, somewhat sad song, it’s one of those that’ll always spark nostalgia and bring a tear to an eye or two.

Definitely one to sing your heart out to in the wee hours.

Related read: Read our guide to 21 of the most unique and unusual Irish wedding traditions

This is another classic that’ll spark childhood memories for many people in the room.

It’s said that Bono wrote it as an apology to his wife after missing her birthday while recording, and it’s since become a classic Irish love song.

Telling the true and enormously sad story of the wedding and all-too-brief marriage of Grace Gifford and Joseph Plunkett, this is an Irish love song that truly tugs at the heartstrings.

There are countless recordings out there, but for my money, you can’t beat the Jim McCann version.

One of the more modern Irish wedding songs in this guide, Signal Fire is a top pick that is great for bringing a bit more energy to the room, while the slower intro sets the mood.

Another nostalgia-tickling song that’ll bring back memories from yesteryear.

Related read: See our guide to 18 beautiful Irish wedding blessings to add to your ceremony

As soon as the bassline kicks in on this tune, everyone knows what’s coming. Hauntingly melodic, it’s a true classic that may result in goosebumps, but you can be sure that all your guests will want to sing along to it.

As the bridge explodes into action and the tempo picks up, you’ll soon see people hitting the dance floor!

This is one of several Irish love songs for weddings that works for both the ceremony and the afters.

Rory Gallagher might well be the best guitarist you’ve never heard of, but if you’ve ever been to an Irish wedding, you’ll have surely heard “I Fall Apart”.

It’s a raw love song in which the guitar says just as much as the vivid lyrics. Plus, that outro never fails to encourage people to whip out the air guitars!

The rich tones of Christy Moore are always a welcome treat, and “The Voyage” is one of his finest love songs. The young, the old, the brave, and the bold, they’ll all almost certainly be singing along.

It can also be a bit of a nostalgic one so don’t be surprised to see a few tears being shed. Maybe follow it up with something a little more upbeat to keep spirits high.

Next up is arguably one of the most popular Irish wedding songs for a first dance.

With its restrained tempo, “The One” is a great tune for a slow dance, while the lyrics tell a familiar story to anyone who has ever found their soulmate.

10. Power Over Me (Dermot Kennedy)

“Power Over Me” is a superb upbeat love song that’ll be sure to get everyone moving. Dermot Kennedy’s voice rips through the song and seems to touch your very soul.

A beautiful song that will definitely capture the mood of the day.

It’s not a wedding without a bit of cheese, and “The Irish Wedding Song” is pure Irish cheese on a stick.

Guaranteed to have folks old and young singing along, ironically or otherwise! Light-hearted and fun, it’ll almost certainly make an appearance at some point in the day!

Related read: Read our guide to 21 of the best Irish toasts for your big day

The lyrical genius of Van Morrison bursts out of the spectacular “Sweet Thing“.

With its chilled-out rhythm and bouncing bassline that matches the vocals perfectly, it tells a beautiful story of love, touched by nostalgia and a subtle hint of longing, all the emotions that typically run high during a wedding!

Cannonball is another one of those instantly recognisable Irish wedding songs and one of those that spark a touch of nostalgia in most people when they hear it.

A powerful song that’ll encourage goosebumps and reflection alike, yet will still have people singing along.

You can’t mistake the intro from “Beautiful Day” and it’ll soon have people shuffling towards the dance floor. As the chorus kicks in, people will really get moving.

It really captures the spirit of the day and can be a great song for kicking off the dancing.

If the title doesn’t give it away, this is a superb love song from The Pogues, filled with beautiful lyrics and a relaxing, laid-back rhythm.

It’s another popular choice for the first dance and a great one for getting people up on the floor. If you’re looking for Irish songs for weddings to get a crowd rowdy, pop this on your playlist!

16. When You Say Nothing At All (Ronan Keating)

Yes, it’s very cheesy, but this Ronan Keating classic is instantly recognisable and it’s a song that everyone knows and everyone (secretly) loves!

An iconic song for filling up the dance floor, it’s another one that you’ll often hear playing for the first dance too.

This song might not be as well-known to your guests as some of the others on this list.

It’s a bit of an indie/alternative classic that seems to be getting a fair bit of air time at weddings these days. A fantastic song, it’s open to interpretation but seems to capture the complexity and confusion of love.

The Spotify playlist above contains all of the Irish songs for weddings mentioned in the guide above.

Just a heads up – you may need an account to view/open it.

We’ve had a lot of questions over the years asking about everything from ‘What are some old Celtic wedding songs?’ to ‘What makes a good reception entrance tune?’.

What music is played at an Irish wedding?

This will vary depending on the couple. At the ceremony, they tend to be slow songs often sang acoustically. During the afters, you’ll hear rock, pop, dance and everything in between.

What are some upbeat Irish wedding songs?

If you’re looking for music for that’ll spark a bit of life in a weary crowd, Dreams (The Cranberries), Power Over Me (Dermot Kennedy) and Beautiful Day (U2) are hard to beat.