There’s an almost endless number of brilliant pubs in Westport.

The vibrant town of Westport has one of the liveliest pub scenes on the Wild Atlantic Way.

The centre of town is jam packed full of great spots for a pint, from centuries old traditional pubs to modern bars, often featuring live music throughout the week.

If you’re wondering which pub to call in for a pint or a bite to eat, below you’ll find plenty to choose from in our guide to the best Westport pubs below.

Our favourite pubs in Westport 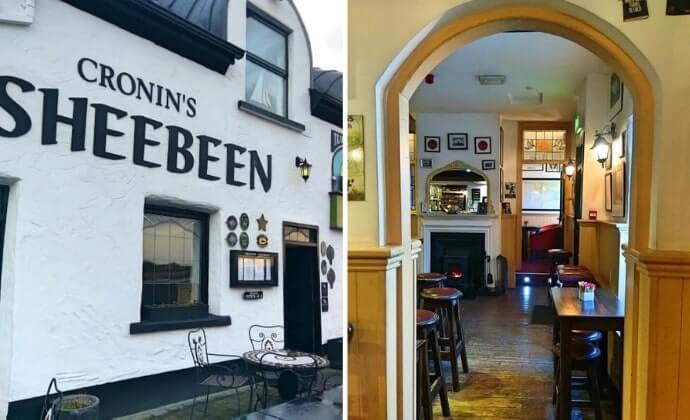 I’m going to kick things off with our favourite Westport pubs; these are spots that one (or several) of the Irish Road Trip team have sipped a pint (or several…) in over the years.

Below, you’ll find the brilliant Toby’s Bar and the very lively Matt Molloy’s to the often-overlooked Blouser’s. Dive on in! 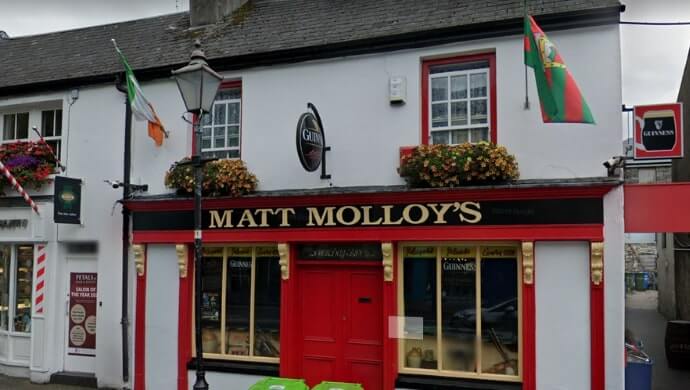 Probably the most famous of Westport’s pubs, a visit to Matt Molloy’s is a must when in town. It’s most well-known for its traditional music, mostly because the owner, Matt Molloy, is none other than the flutist in the legendary Irish band The Chieftans.

They even once recorded a live session album in the pub! Unsurprisingly, Molloy’s pub has traditional Irish music on every night of the week with one of the best atmospheres you’ll find in town. It can get jam-packed on weekends, so make sure you get in early for a pint if you want to enjoy some tunes.

If you’re in search of pubs in Westport with live music, you can’t go wrong with a visit here (try and get in early and nab a seat in the front bar). 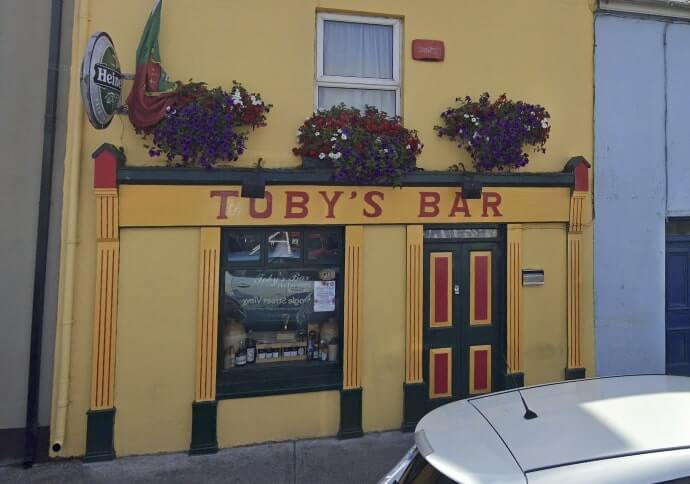 You’ll find Toby’s Bar located on the Fairgreen in Westport, just outside of the lively town centre, where it’s a favourite among many locals.

Unlike Matt Molloy’s and many of the other Westport pubs, Toby’s doesn’t tend to attract hoards of tourists.

Toby’s is small on the inside but, according to our editor who named his dog after this place (yes… really!), the atmosphere and the Guinness here are both unbeatable. 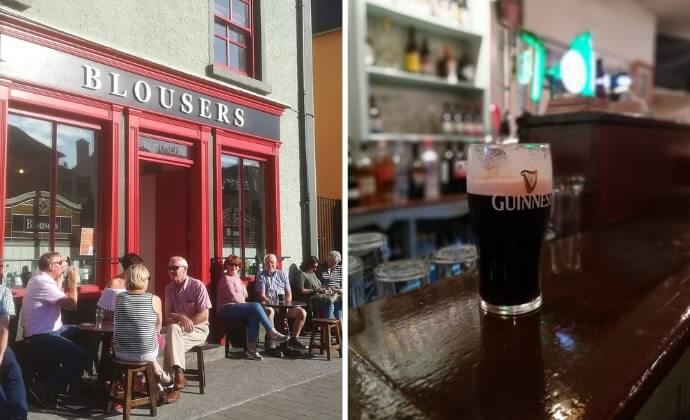 Another old favourite in Westport town, Blouser’s Pub is located on James St and it’s open til late every night.

The atmosphere rarely disappoints and you’ll find live music on throughout the evening. If you rock up here on a fine day, try and grab one of the seats out front – they’re great for watching the wold go by.

Many find themselves returning to Blouser’s over and over again, with their roaring fire and great Guinness acting as a fine reward after a long day out cycling the Great Western Greenway or climbing Croagh Patrick.

Technically not right in Westport, Cronin’s Sheebeen is just 3km west of town on the coast. It’s an all-round solid pub and restaurant that is definitely worth a visit during your time in Westport.

It strikes a perfect balance between traditional Irish pub and modern restaurant, with a great pint poured at the bar and delicious seafood served at the dining tables.

It’s beautifully located overlooking Clew Bay making it the perfect place to head for a sunset beer or evening meal.

Related read: Check out our guide to 19 of the best things to do in Westport (hikes, walks, tours, camping and much more)

Other great pubs in Westport Town 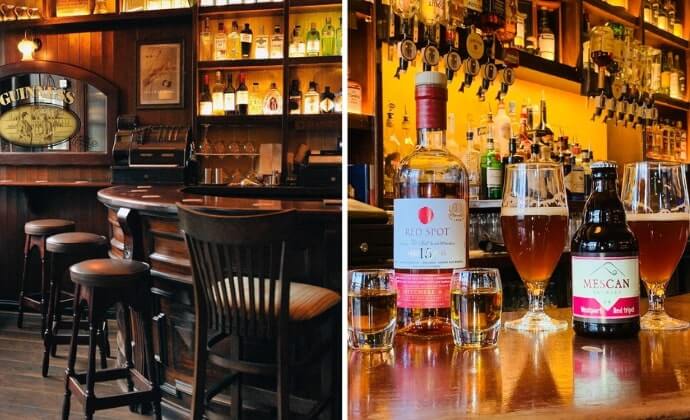 The second section of our guide to the best pubs in Westport is packed with pubs in the town that have racked up rave reviews over the years.

Below, you’ll find everything from the Porter House and the Clock Tavern to the brilliant Mac Brides Bar. 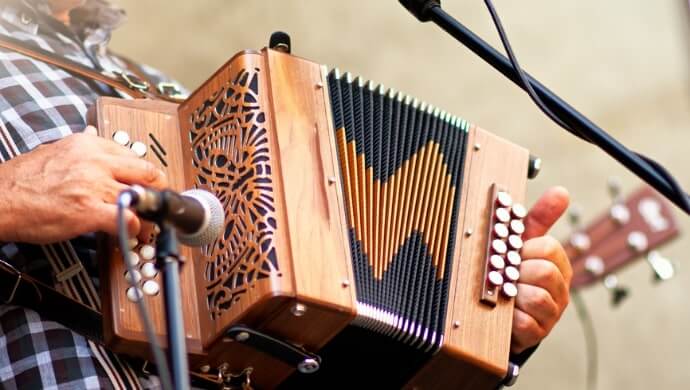 Located right in the middle of the action on Bridge Street, the Porter House Bar is a popular spot known for its unpretentious atmosphere and traditional interior.

You’ll find wooden floors, low ceilings and a cosy heated beer garden for those cooler evenings. They also have live music on throughout the week, featuring traditional Irish music that attracts a crowd.

They’ve won a variety of awards for their music sessions and hospitality, with friendly staff that will make you feel immediately welcome from the minute you ramble through the door. 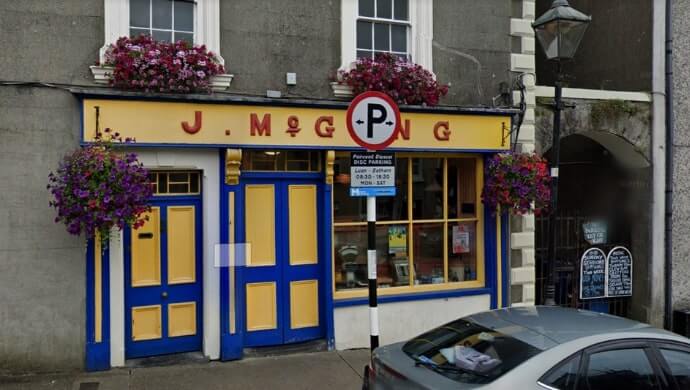 One of the oldest bars in Westport town, McGing’s has been welcoming locals and visitors alike for over a century. Its mellow vibe attracts people looking for a quiet and cosy place for a pint with some friends.

However, you’ll still find live music sessions on towards the end of the week with jazz, folk and bluegrass featuring heavily from Thursday through to Sunday evening. You can’t miss the bar with its bright blue and yellow façade down on High St.

If you’re in search of pubs in Westport that boast a friendly atmosphere, old-school surroundings and a fine bit of history, you can’t go wrong with a drink at McGing’s.

Related read: Check out our guide to the best restaurants in Westport (from casual, tasty eats to fancy places to eat)

The Old Grainstore has a long and interesting history. As the name suggests, it was once a grainstore and general merchants in the 1800s and it’s now a traditional Irish bar.

The owners have carefully restored the building and turned it into a vibrant pub with a selection over 80 whiskeys and gins, as well as local craft beer and selection of wines.

They also show all major sporting events with three large screens so you can catch a match in comfort. A lovely spot to whittle away an evening. 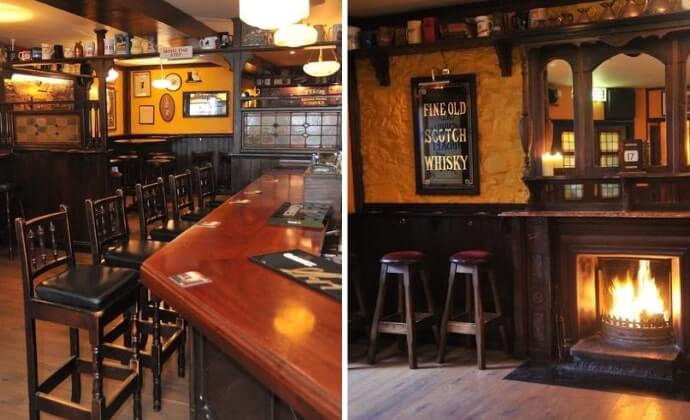 Right in the middle of town, Mac Bride’s greets those walk through its doors with a warm, wooden interior, dim lighting and a crackling fire in winter.

They offer over 100 whiskeys plus a great range of craft beer and all the usual favourites, too. It’s the perfect pub if you’re after a quiet place to relax with a pint after a day of exploring the coast or climbing Croagh Patrick.

This is one of several Westport pubs that’s just as popular amongst locals as it is with tourists. A great spot to whittle away a winter evening. 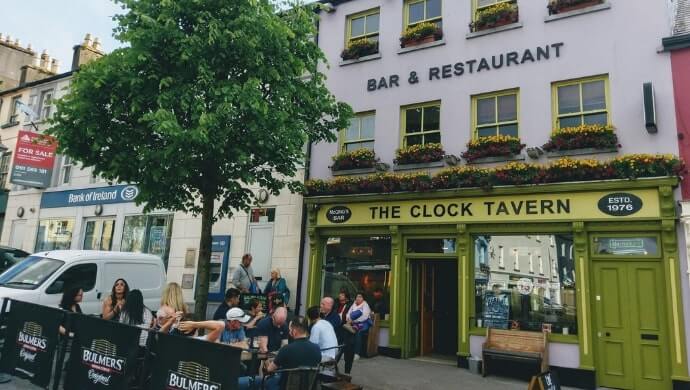 In the middle of Westport’s main hub, the Clock Tavern is a popular place to celebrate well into the night. As its name suggests, it’s located opposite the clock tower in town.

They often have live music, particularly on weekends, and you can expect rock, alt-rock and pop acts on the corner stage.

They also have separate function rooms which have the occasional intimate concert or live performance, including the occasional comedy act. The kitchen churns out some great meals too, including seafood and traditional Irish food.

It’s worth noting that, as this is one of the more popular of the many Westport pubs, it gets busy, so try and nip in early.

Rleated reads: Fancy staying in the town? Check out our guides to the best Westport hotels, Westport B&Bs, Westport Airbnb and our self catering in Westport guide. 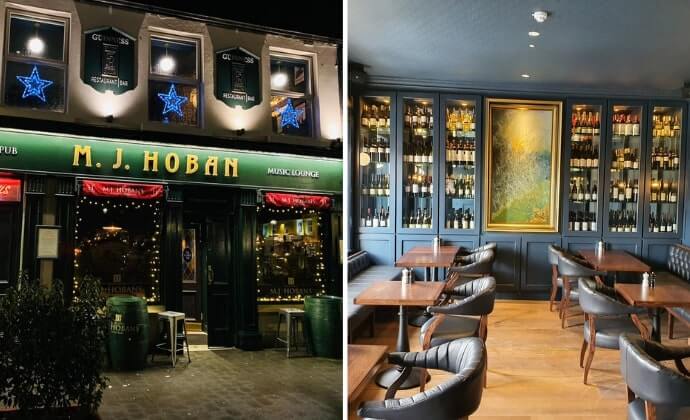 Part traditional Irish pub and part modern restaurant, MJ Hobans is one of our favourite places to head for a meal and a drink in Westport.

Located on the Octagon in the heart of town, the building was completely renovated just a year ago. The cosy bar offers all your favourite drinks, as well as shaking up some of the best cocktails around.

The dining room upstairs is elegantly set out with a fantastic modern menu including gourmet burgers, risotto, seafood pie and crispy pork belly. 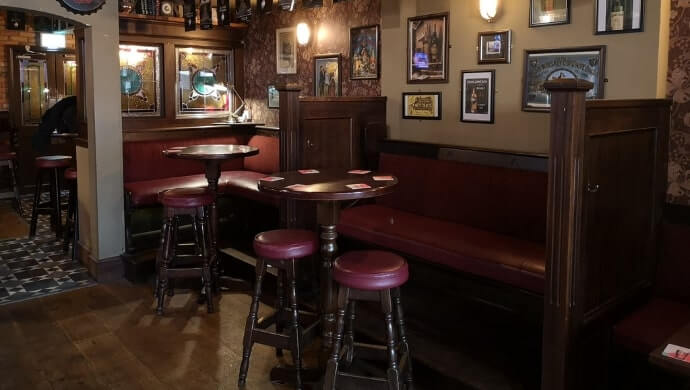 Another place that has had a recent refurbishment, Walsh’s still offers its well-known cosy atmosphere and warm welcome.

They show all the best sporting events on the screen, as well as having a pool table, dart boards and old jukebox in the back bar.

They also have a delicious menu, with many people raving about the burgers and pizzas.

What Westport pubs have we missed?

I’ve no doubt that we’ve unintentionally left out some brilliant Westport pubs from the guide above.

If you have any pubs in Westport that we need to check out sharpish, let me know in the comments below and we’ll check it out!

FAQs about the best pubs in Westport

We’ve had a lot of questions over the years asking about everything from which Westport pubs are the oldest to what are the best pubs in Westport for live music.

What are the best pubs in Westport (traditional pubs, that is!)?

Matt Molloy’s, the Clock Tavern and the Porter House are some of the better-known pubs with live music in Westport.

Danny's bar is fabulous, a welcome from everyone and even Kylie the dog.

Great list of pubs. Did you leave out the Helm because it's on the Quay? We love the Helm for it's friendly staff, great food/drink, and it's general welcoming/fun ambience. We've spent many a grand night in the Helm!