The Cliffs of Moher Harry Potter link is one that we get emails and DMs about… constantly.

If you weren’t aware and you were just doing a bit of digging online and happened upon this article – yes – a scene from Harry Potter WAS filmed at the Cliffs of Moher in County Clare.

An island near the Skelligs was used also. Well… kind of… (more on this in a second).

Below, you can watch the scene from the movie and find out everything there is to know about the cliffs feature in Harry Potter and the Half Blood Prince.

Bash the play button on the video above and you’ll see the scene in the movie where the cliffs feature.

Now, the official Harry Potter wiki states that the cave scene was shot in England… it also hints that it may be in Germany.

Which is bizarre, as it’s been confirmed a hundred times over that it was shot in Ireland.

In the clip, you’ll see Harry and Dumbledore head off on a quest to find one of Voldemorts Horcruxes.

The story behind the Harry Potter Cave 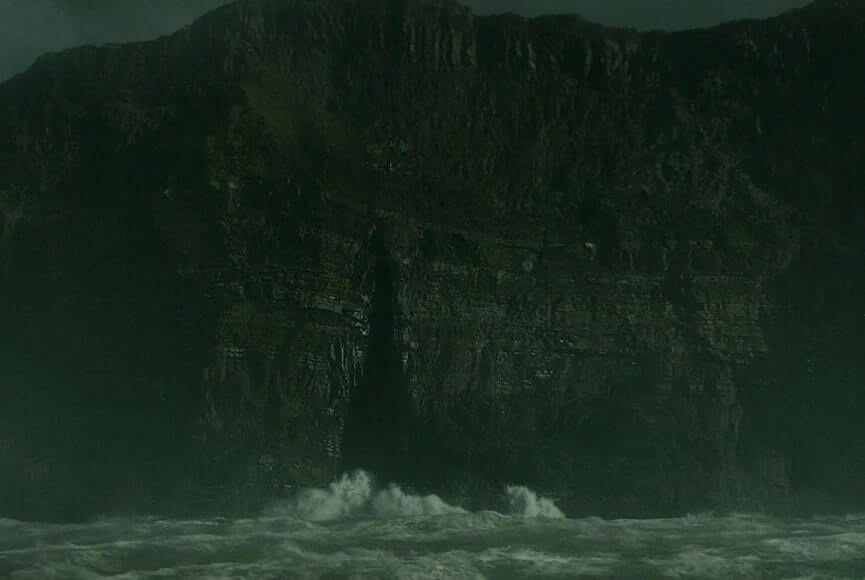 Fans of the Harry Potter series may remember that this wasn’t the first time that the cave was referenced in the book.

The first journey to the Horcrux cave occurred in 1979. It was then that Regulus Black, and his loyal house-elf, Kreacher, ventured to the cave.

Their goal? To destroy a locket once owned by Salazar Slytherin.

Lord Voldemort had placed the locket (which contained part of his soul – that’s another story altogether) within the cave.

Regulus Black died in the cave but Kreacher managed to remove the locket. However, it wouldn’t be for another 18 years that the locket was destroyed.

Were the Skelligs used during the filming? 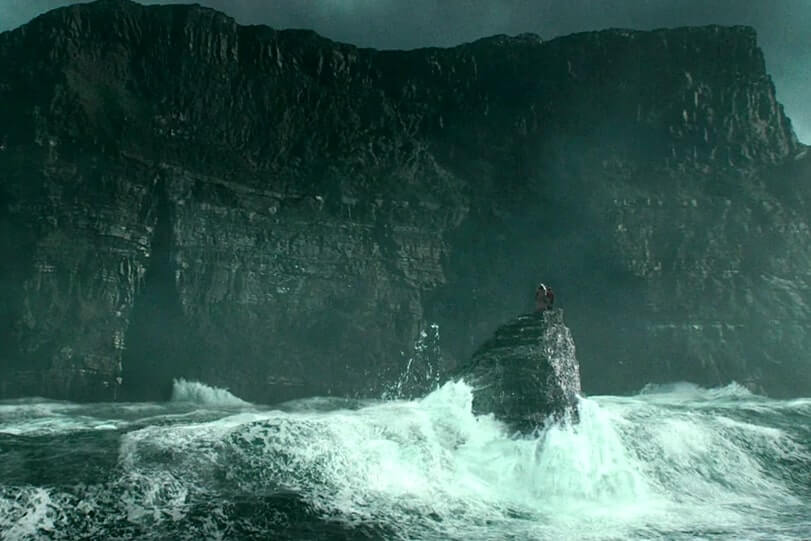 So, the Skellig Islands off the coast of Kerry weren’t used during the filming, but a little island next to them, known as Lemon Rock (what a name!) was.

Well, kinda. The makers of the Half Blood Price used CGI wizardry to combine Lemon Rock with the Cliffs of Moher.

See the little rock that Harry and Dumbledore are standing on in the scene below? That’s Lemon Rock. And the towering cliffs above are the Cliffs of Moher. 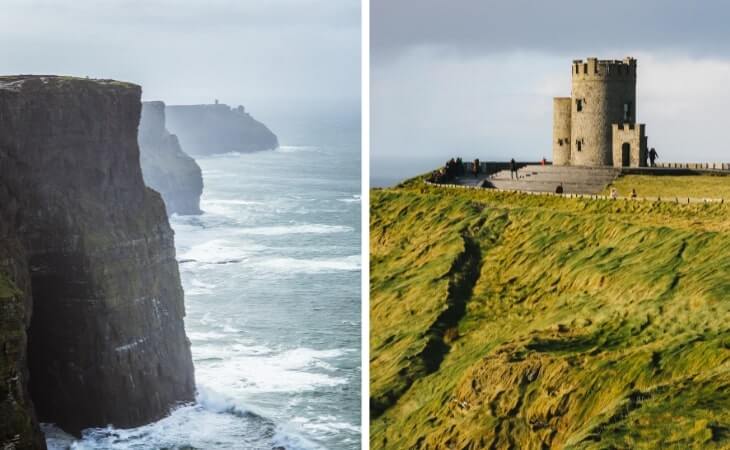 If you’ve read Harry Potter and the Half Blood Prince, then you’ll have come across the paragraph below before. This is where J.K. Rowling first takes the reader inside the cave.

“An eerie sight met their eyes: they were standing on the edge of a great black lake, so vast that Harry could not make out the distant banks, in a cavern so high that the ceiling, too, was out of sight.

A misty greenish light shone far away in what looked like the middle of the lake; it was reflected in the completely still water below.

The greenish glow and the light from the two wands were the only things that broke the otherwise velvety blackness, though their rays did not penetrate as far as Harry would have expected. The darkness was somehow denser than normal darkness”

FAQs about the Cliffs of Moher Harry Potter connection

We’ve had a lot of questions over the years asking about everything from whether the cave from Harry Potter was at the Cliffs of Moher to what scene was filmed here.

Was Harry Potter filmed at the Cliffs of Moher?

Kind of! The Harry Potter Cliffs of Moher link is a funny one. An island next to the Skelligs, known as Lemon Rock, was used for the filming. The makers of the Half Blood Price used CGI wizardry to combine Lemon Rock with the Cliffs of Moher.

Is the Harry Potter cave at the Cliffs of Moher?

Yes, the ‘Harry Potter Cave’ is real. Well, the outside of it/entrance is, anyway! The inside of the cave used during the filming of the Half Blood Price is a set.