A visit to Father Ted’s House is up there as one of the best things to do in Clare.

If you were a fan of the show, a visit to the Parochial House will bring back a clatter of nostalgia.

If you’ve never seen the show before, you’ve a heap of laughs en route, so get watching back on the series before you visit.

Now, although finding Father Ted’s House should be grand and handy, it isn’t – for some weird reason, the location ‘Father Ted’s Parochial House’ no longer shows up on Google Maps. 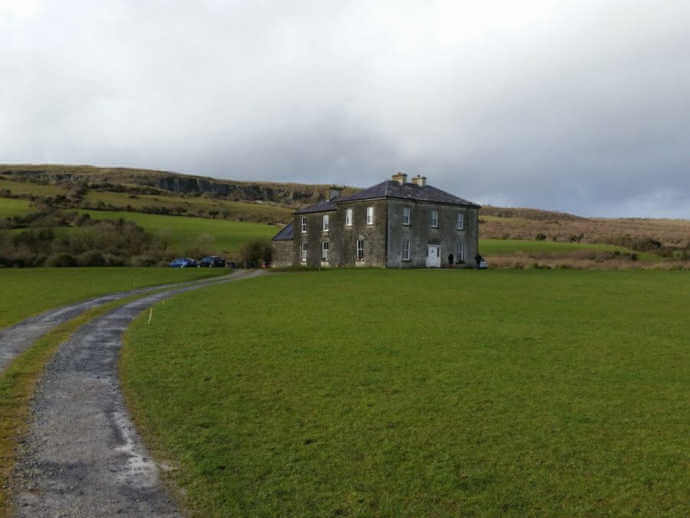 A visit to the Father Ted House isn’t overly straightforward, for several reasons (the main one being the mayhem you encounter here at times with cars and buses!).

Below, you’ll find some quick need-to-knows before you visit. Later, you’ll find the location of Father Ted’s House (with a Google Map location).

1. Where is Father Ted’s House

2. You can’t enter the house of grounds

There used to be an option of having afternoon tea at Father Ted’s House, but this is no longer running, so you won’t be able to access the grounds or the house itself. The house is on private property, and this needs to be respected.

You used to be able to book in for afternoon tea at Fr Ted’s House! However, as of 2021, this is no longer running (see comment section below with note from the owner).

So, there’s no parking at Fr Ted’s House. Literally… none. And this is where things get tricky. If you want to visit the house, I’d recommend arriving as early as possible.

That way, you’ll be able to find room to safely pull up for a few minutes and see the house from afar. Never block gates and don’t just abandon your car in front of one of the houses next to Father Ted’s House.

If you zoom in on the Father Ted House location on the map below, you’ll see that the public road in front of it is extremely narrow. Over the years, we’ve had endless reports of people just parking on the road and blocking it.

Don’t do this – locals use the road in front of Fr Ted’s House as a means of getting to and from their home – this road should never be blocked!

Where is Father Ted’s House located (map and GPS coordinates) 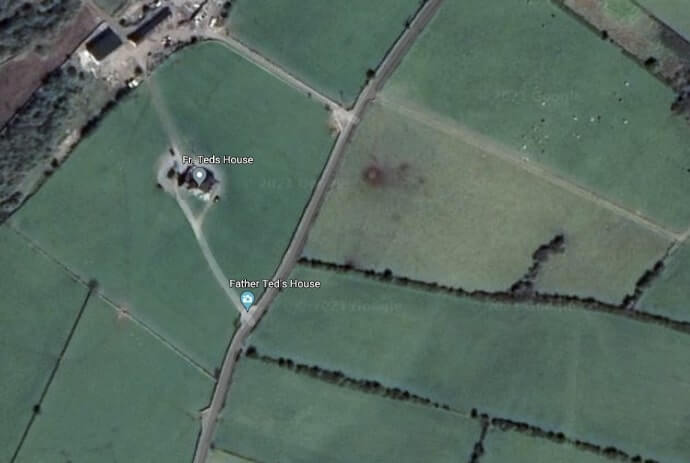 What’s now known as Glanquin Farmhouse was once home to one of the greatest shows ever to be set in Ireland; Father Ted.

If you’re in search of the house that holds a special place in the hearts of millions the world over, here’s a handy little guide to ensure that you don’t get lost on the way.

There is no Craggy Island…

If you’re thinking to yourself, ‘Hold on a minute, the house from the show was on Craggy Island… what’s all this talk about a farmhouse?!’

Devastatingly – Craggy Island is, in fact, not one of the Aran Islands. It’s a fictional place – heartbreaking, I know!

The Parochial House from the series is officially known as Glanquin Farmhouse and can be found in Lackareagh, County Clare.

Depending on where you’re leaving from, finding the address for Father Ted’s House can be pretty tricky, and I’m speaking as a man who traipsed up and down many a country lane in the rain trying to find it.

Please keep this in mind

If you’re reading this, note that the house itself is on private property, so you shouldn’t attempt to vault the wall and go knocking on the door.

Unless you’re booked in for afternoon tea, that is (more on this in a minute). You also need to be respectful about where you park.

The Craggy Island House is located along a very narrow road, so be careful about where you pull in – don’t block the entrance to the house and don’t just lump your car in the middle of the road. 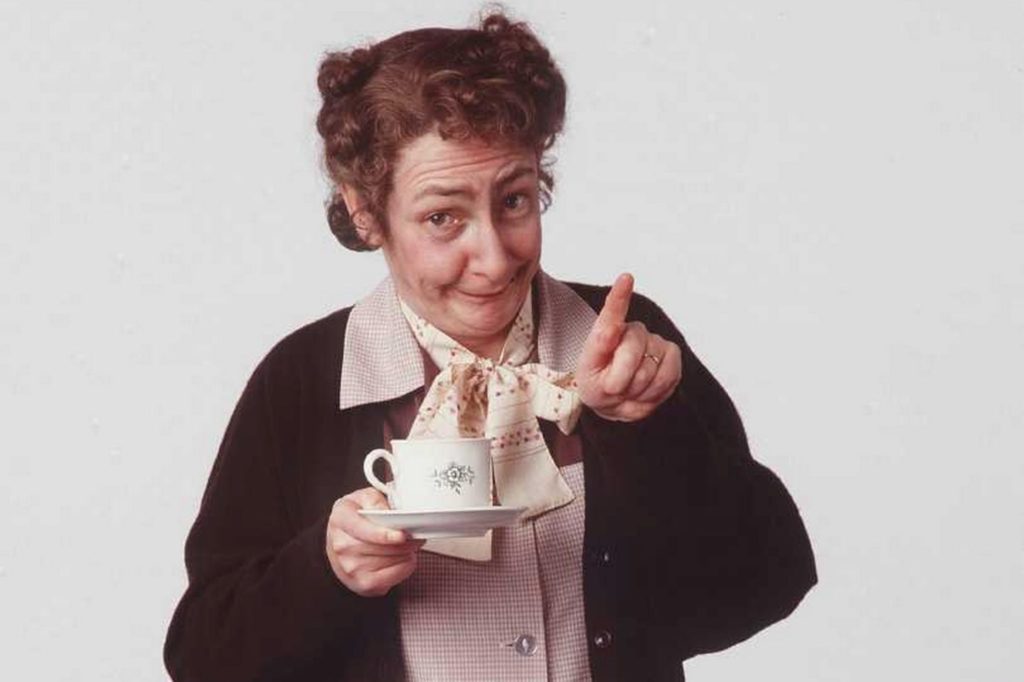 If you fancy a gander around inside the Craggy Island House, you can book afternoon tea at Fr Ted’s which includes scones, brown bread, desserts and homemade jams, all washed down with some organic tea and/or coffee.

As you relax and chomp away, you’ll be taken through the story of the Fr. Ted experience, the history of the house and given recommendations on other great things to do in County Clare.

Update August 21: Unfortunately, afternoon tea in Fr Ted’s House is no longer running – have a flick down to the comments below to see a note from the owner. 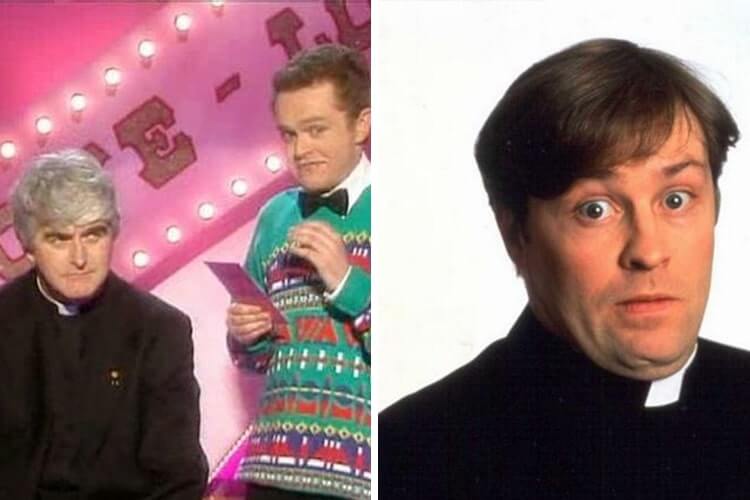 If afternoon tea doesn’t tickle your fancy and you’d like to have a nosey around the filming location for Father Ted’s House, you’re in look.

You can also head off on the highly recommended Father Ted Tour. For those of you that choose to do this, you’ll get to visit the house, and you’ll also drop by (depending on the tour you take) some of the filming locations for the show, like:

Things to do near Glanquin Farmhouse

We’ve received a shed-load of questions from people asking where is Father Teds house over the years.

Below, you’ll find some of the most FAQ. If you have a question that we haven’t covered, feel free to ask it below.

Can you go inside the house?

The only way to get inside the house from the show is to book into one of the tours outlined in this guide.

Is there parking at the house?

There’s no parking at the house, and this is where you need to be respectful and ensure that you don’t block the road or block someones gate.

Will the Father Ted house reopen for tea in 2022?

Is that the Father Ted's house shutting down for ever? Say it ain't so. Sad.

We are permanently closed at fr teds house. Please respect the area when taking your photo

Aw, thank you so much for the great information and advice!!

Thank you so much for the directions! We got lost twice and then I came across your page...we got to the house from there. Cheers