A visit to the Aillwee Caves is arguably one of the most overlooked things to do in Clare.

You’ll find the incredible Aillwee Caves in Clare, where they’re perched high on the Burren mountainside, offering beautiful views out over Galway Bay.

You can tour the caverns accompanied by a knowledgeable guide who will take you on a journey through the unique and special geology of the area.

In the guide below, you’ll find everything from the Aillwee Cave opening hours and what the tour involves to where to visit nearby. 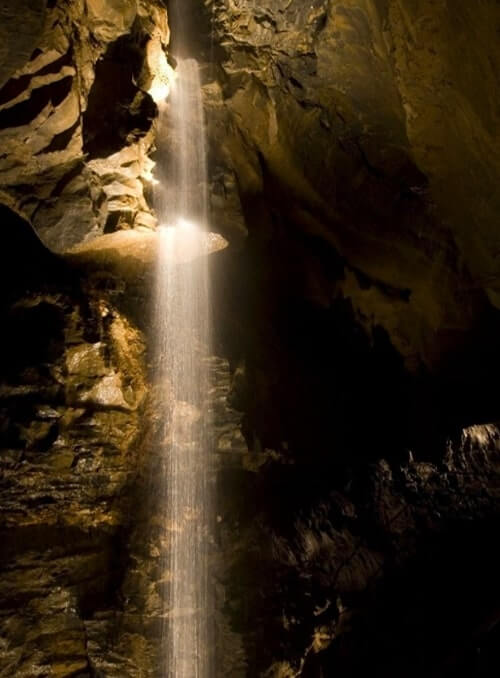 Although a visit to the Aillwee Caves in Clare is fairly straightforward, there are a few need-to-knows that’ll make your visit that bit more enjoyable.

So, the opening hours for the Aillwee Caves has me a bit confused. On Google, it says they open from 10:00 to 17:00, but on their website, it’s saying tours start from 11:00. Check in advance before you visit.

About the Aillwee Caves 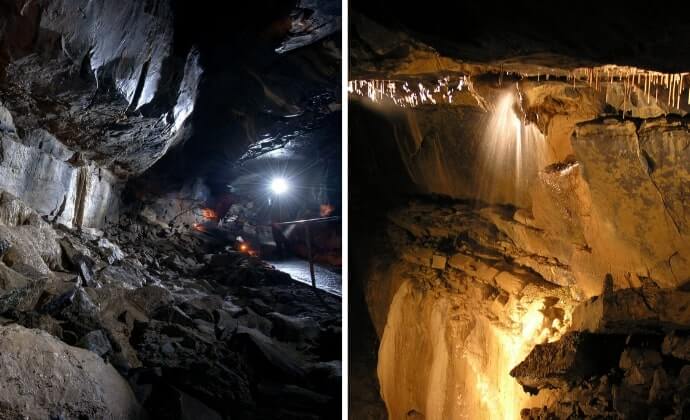 The Aillwee Caves are a cave system. The name Aillwee comes from the Irish word Aill Bhuí, which means “yellow cliff”.

The cave system has more than a kilometre of passages leading into the heart of the mountain. Think of the Lord of the Rings films and you’re in the right ballpark.

Features of the caves

Features include an underground river and waterfall, and awe-inspiring stalactites and stalagmites (stalactites hang from the ceiling of caves, whereas stalagmites grow from the ground).

Remains of bears were found in 1976, later found to be more than 10,000 years old and the cave is thought be the last bear den in Ireland. At that time, population in the country was sparse – some 1,000 people.

The formations in the cave are some 8,000 years old but there are calcite samples that have been dated to more than 350,000 years old.

The Aillwee Caves were first discovered in the 1940s by a farmer who followed his dog in. He did not inform anyone of his find until almost 30 years later when he told cavers about it, and not long after this work began to develop the cave into a tourist attraction.

To experience the caves, take a tour with the expert guides. The tour lasts 30 minutes and will allow you to see the beautiful caverns, walk over bridged chasms, over strange formations and pass by the waterfall.

There is also a frozen waterfall and you will be able to see the remains of the brown bears that once inhabited this space.

The tour is perfect for anyone interested in geology, geography and natural history, and the perfect place to wonder at nature’s magnificence.

The Aillwee Caves also has a dairy where they produce delicious cheeses and homemade fudge, which is available for purchase.

The Birds of Prey Centre 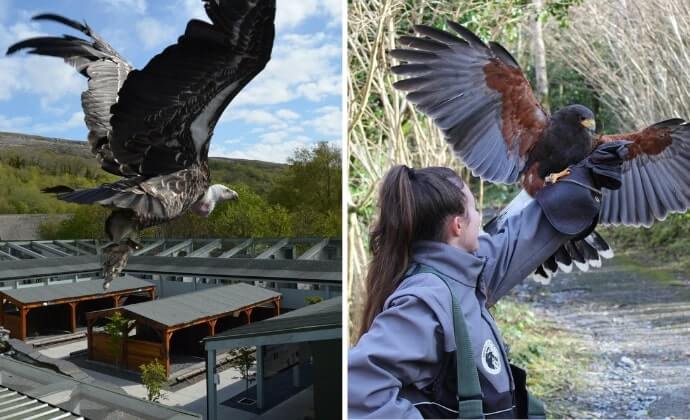 Photos via Burren Birds of Prey Centre on Facebook

The Bird of Prey Centre at the Aillwee Caves is a must-visit for bird and nature lovers. It is also an important conservation centre, raising awareness of raptors and educating the public about their habits, habitats and the extinction threat they face.

At the centre you can see dynamic flying displays, which will allow you to get close to the birds – eagles, falcons, hawks and owls, and listen to the audio guides that provide insights into raptor life.

You can also book a Hawk Walk, a private guided tour with an experienced falconer which will take you through hazel woodland, as you find out what makes the Hawk tick.

One of the beauties of the Ailwee Caves in Clare is that they’re a short spin away from a clatter of other attractions, both man-made and natural.

Below, you’ll find a handful of things to see and do a stone’s throw from the Ailwee Caves (plus places to eat and where to grab a post-adventure pint!). 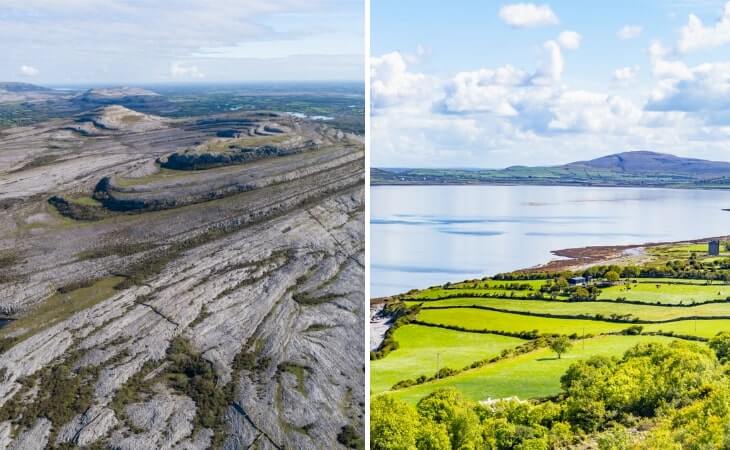 The Burren National Park is in the south-east corner of the Burren and is about 1,500 hectares in size. The word “Burren” derives from the Irish word “Boíreann” meaning a rocky place. There are plenty of Burren walks that you can head off on, that range in length. 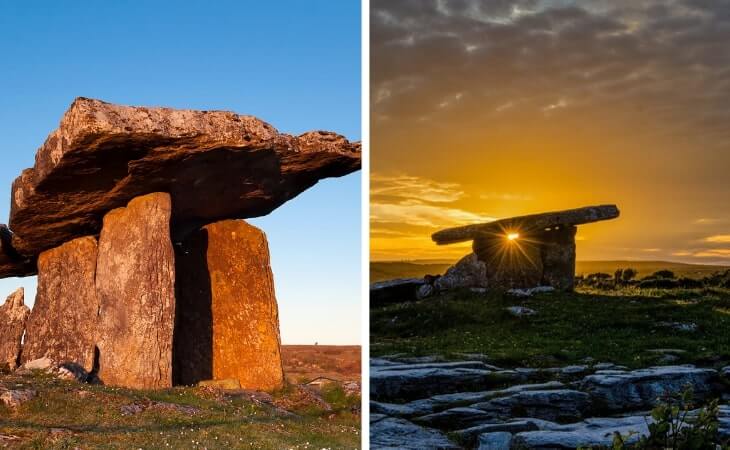 Poulnabrone Dolmen is an unusually large dolmen or tomb situated on one of the highest points of County Clare. It is made up of three standing stones that support a heavy capstone and is thought to be from the Neolithic period (about 4200 BCE to 2900 BCE). The dolmen was likely built by Neolithic farmers as a collective burial site. When it was built, it would have been covered with soil and the flagstone topped by a stone cairn. 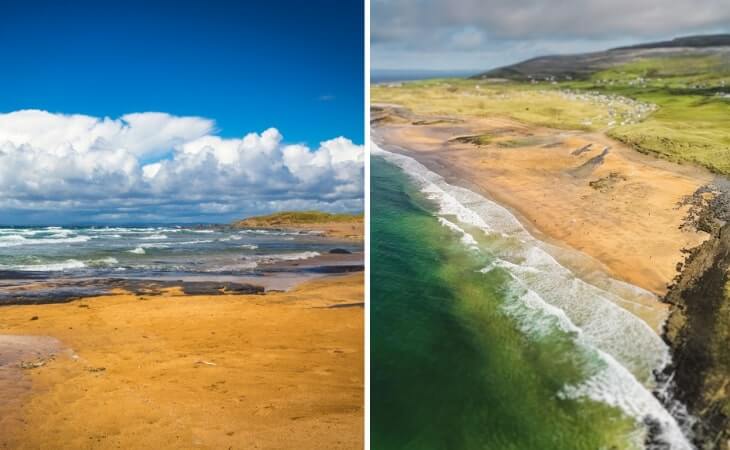 If you’re visiting the Burren and you fancy a paddle, the beautiful Fanore Beach is well worth stopping off at. Grab a coffee from Fanore and set off for the sand. This is a popular spot amongst surfers, walkers and swimmers, with parking right next to it. 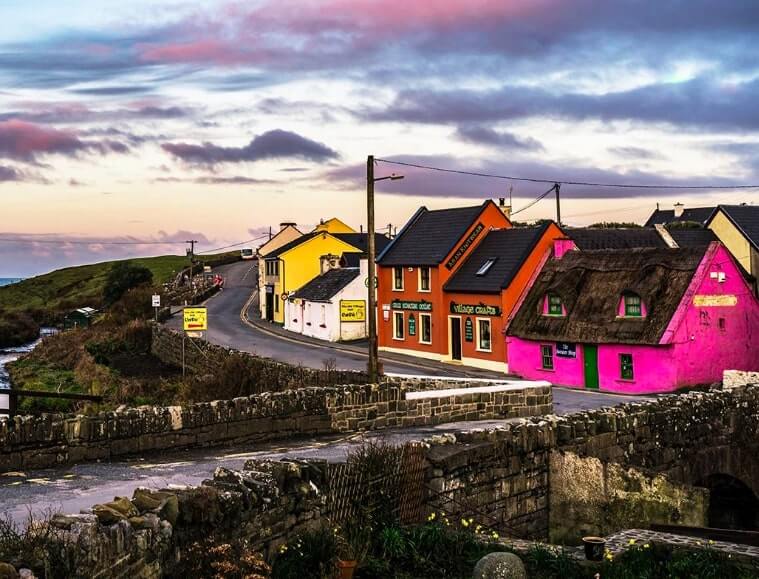 There are heaps of things to do in Doolin, and the lively little village is home to its fair share of pubs and restaurants, too. If you fancy setting up shop here for a few nights, nip into our Doolin accommodation guide. 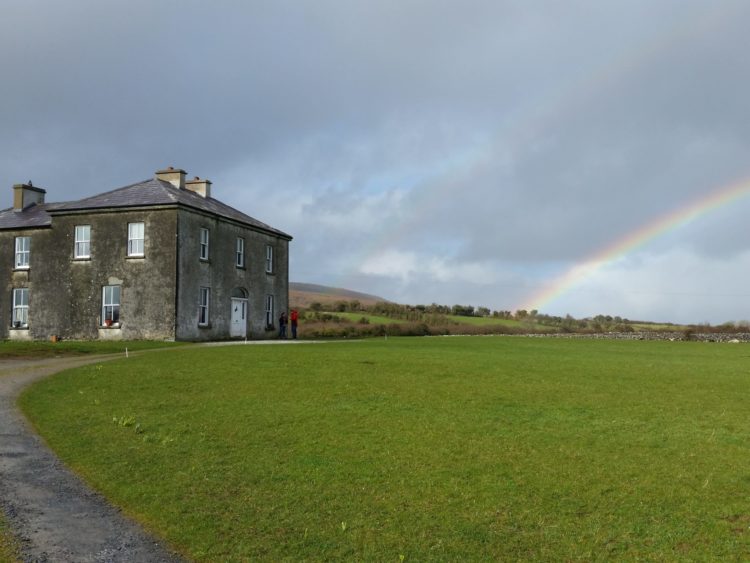 Fan of the iconic 1990s Irish sitcom about the three disgraced priests living on the fictional Cragy Island? The house used in the programme is located a handyish drive from the caves. See more in our guide to finding Father Ted’s House.

FAQs about the Aillwee Caves

We’ve had a lot of questions over the years asking about everything from how long the Ailwee Caves tour takes to what to do nearby.

How long is Aillwee Caves tour?

The Ailwee Caves tour takes around 35 minutes or so. During this time, you’ll walk through the caverns and get a unique insight into what lies beneath the Burren.

Are the Aillwee Caves worth visiting?

Yes – especially if you’re visiting the area and it’s raining! The tour here gives you a very unique insight into the story behind the caves and the immense history they boast.

What is there to see nearby?

You’ve everything from Fanore Beach and the Burren to Doolin, the Cliffs of Moher and much more nearby.