There are few castles in Ireland as unique as the mighty McDermott’s Castle.

As you can see from the photo above, it’s quite literally plonked on a little green island smack bang in the middle of a lake.

Although McDermott’s Castle gets far less attention than the likes of the most haunted castle in Ireland and Blarney Castle, it’s still well worth a visit.

In the guide below, you’ll find out everything that you need to know about this incredible fairytale-like castle. 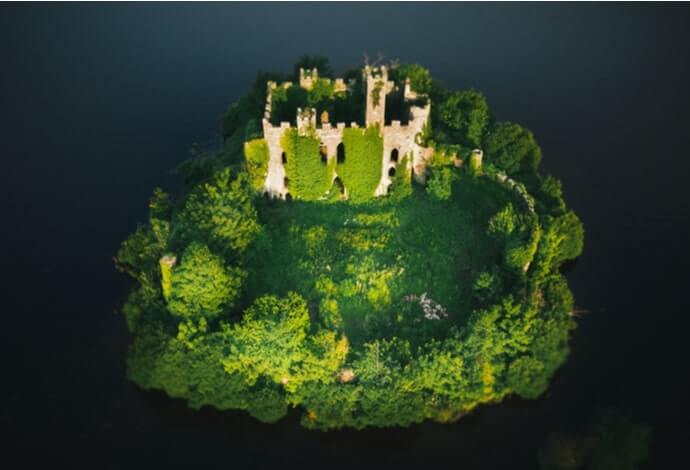 Stretching around 10km across and forming a rough circular shape, Lough Key contains over 30 islands scattered throughout its chilly waters.

One of these islands is aptly named ‘Castle Island’ and it’s here that you’ll find the ruins of McDermott’s Castle.

A tale of tragedy 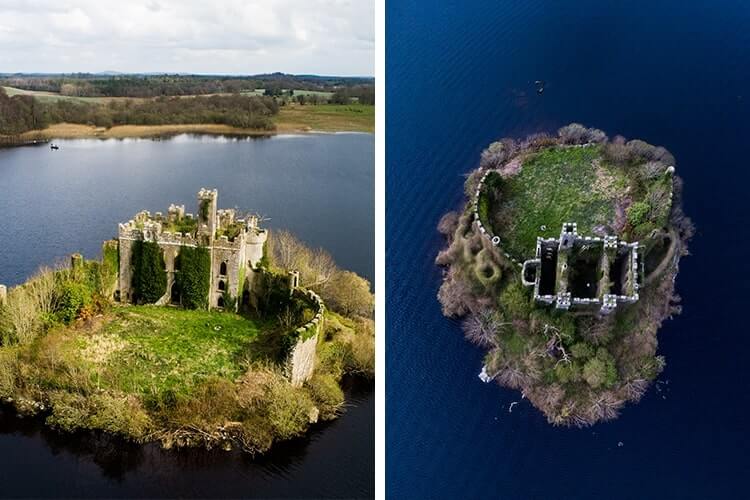 Local legend tells the story of a girl called Una, the daughter of the McDermott chief, who fell in love with a boy from a lower class.

Una’s father refused to let her leave the island, in the hopes that this would deter the budding relationship.

Unbeknownst to her father, Una’s boyfriend began swimming across Lough Key to reach the castle. It was during one of these crossings that tragedy struck, and the boy drowned.

It’s said that Una died from grief and that both she and her partner have remained buried beneath two intertwined trees on the island ever since.

Getting to McDermott’s Castle

If you fancy seeing more of Castle Island and McDermott’s Castle, there are several tour providers that offer trips to and around the island.

If you’re visiting the area, make sure to spend some time in Lough Key Forest Park. It’s home to around 800 hectares of gorgeous, picturesque wood and parkland with a lake and several wooded islands.

For those exploring the park, take some time to ;

Have you visited McDermott’s Castle? Did you hop on one of the boat tours? Let me know in the comment section below!

My Brother visited in 2012. We returned to the place of our clan roots last year in June, 2022, and the main purpose was to spread some of our fathers ashes at “the pot” and though we traveled through Sligo and and many other towns in Roscommon It was my brother who organized the trip. We did not visit the Castle on our recent trip but I would like to return and do so some day.

Thank you for the lovely video. I visited years ago and we were not able to find a tour at the time. I am a McDermott. My Great grandfather immigrated to the US in the late 1800's. I would love to find more information on my ancestors. I understand the church with our records burnt down in Sligo County? If anyone has information I'd love to hear from you.

I’d love to visit. Of course being a McDermott in the US, I’d love to trace my roots. I’m married to an Englishman and we will plan a trip as he is retiring soon!!!

Link to tours did not work