Bective Abbey is one of the more popular attractions in Meath.

And, although the Abbey is now in ruins, an impressive chunk of the original structure still stands gloriously to this day.

Bective is one of the many stops on the brilliant Boyne Valley Drive, so you can easily visit it along with lots of other nearby attractions.

Below, you’ll find info on everything from history and parking to the Bective Abbey Braveheart link. Dive on in!

Some quick need-to-knows about Bective Abbey

Although a visit to Bective Abbey in Meath is fairly straightforward, there are a few need-to-knows that’ll make your visit that bit more enjoyable.

A visit to Bective Abbey is free of charge and, although there are no facilities on-site, there is a little car park just in front of it (here on Google Maps).

Yes, there’s a Bective Abbey Braveheart link. Along with Trim Castle, Bective Abbey was used during the filming of the now-iconic Braveheart movie (the scene with the princess and her maid was filmed in the abbey’s cloister).

The history of Bective Abbey

Bective Abbey was founded by the King of Meath, Murchad O’Maeil Sheachlainn, in 1147 for the Cistercian Order. The simplicity of the design of the abbey reflects the Order’s main goal, the return to a more simple and modest monastic way of living.

During the dissolution of monasteries in Ireland in 1530, under the rule of King Henry the VIII, the abbey and its surrounding territories were confiscated.

The lands surrounding the abbey were soon rented to Thomas Asgarde, until 1552, when a Andrew Wyse bought them.

In the 17th century, Bective Abbey was used as a fortified house and this ended up being its main purpose for centuries.

In more recent times, Bective Abbey was taken into state care and became a protected structure and a National Monument. Several excavations took place on the site in the 21st century and, in recent, the abbey became accessible to visitors.

The beauty of Bective Abbey caught the eye of many film directors over the years. Aside from the Bective Abbey Braveheart link, movies like Captain Lightfoot (starring Rock Hudson) and, more recently, The Last Duel, were filmed here in parts.

Things to see and do at Bective Abbey 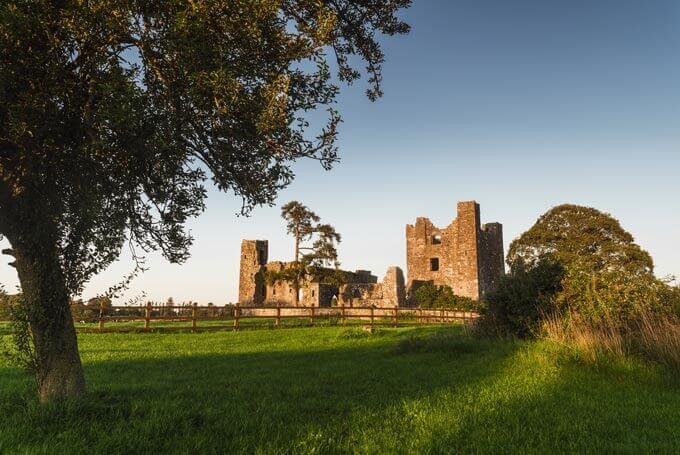 One of the reasons that a visit to Bective Abbey is one of the more popular things to do in Meath is due to the volume of things there are to see here.

Below, you’ll find info on the structure itself along with some of the more interesting features (and the Bective Abbey legend, of course!).

I know, it’s difficult to resist the urge to run inside the abbey to have a gander at its many rooms and passages, but wait and take a moment to observe it from the outside, first.

Bective Abbey is an example of different Irish architectural phases, each of which characterises a particular period of time. For instance, the plain features of the abbey reflect the first construction period representing the modesty of the Cistercian Order.

The second construction phase, around the late 15th early 16th century, can be seen in the more ornate design of the cloister. The last phase of construction is evident in the east range where, in the late 16th century, a story was added along with fireplaces with elegant chimney stacks.

2. Then head inside for a look

Inside Bective Abbey you’ll find some interesting features that have stood the test of time. During your visit, pay attention to the cloister walk, the covered corridors surrounding the cloister.

In ancient times, this part of the abbey was used as a burial place for members of the Cistercian Order along with important benefactors. The monks also performed daily activities here, such as meditating, studying, washing clothes and shaving.

The east part of the cloister walk was also used to store books that were kept in cupboards that were once located beneath benches.

3. Discover the story of the gold coffin

According to legend, a golden coffin is buried beneath Bective Abbey, however, its location is unknown. The only person who knew where it was buried was Andy Gossan, who told his sister Ann during his last days.

When her time came, Ann decided to reveal the location of the coffin to her priest, Father Morrissy. Unfortunately (or fortunately!), the secret died with him and its location remains a secret.

Things to do near Bective Abbey

One of the beauties of Bective Abbey is that it’s a short spin away from many of the best places to visit in Meath.

Below, you’ll find a handful of things to see and do a stone’s throw from Bective Abbey (plus places to eat and where to grab a post-adventure pint!).

Trim Castle, the biggest Anglo-Norman castle in Ireland, and it’s well worth visiting. There are plenty of things to do in Trim and there’s plenty of restaurants in Trim, too. If you fancy a pint, you’ll find some brilliant old-school pubs in Trim to nip into. 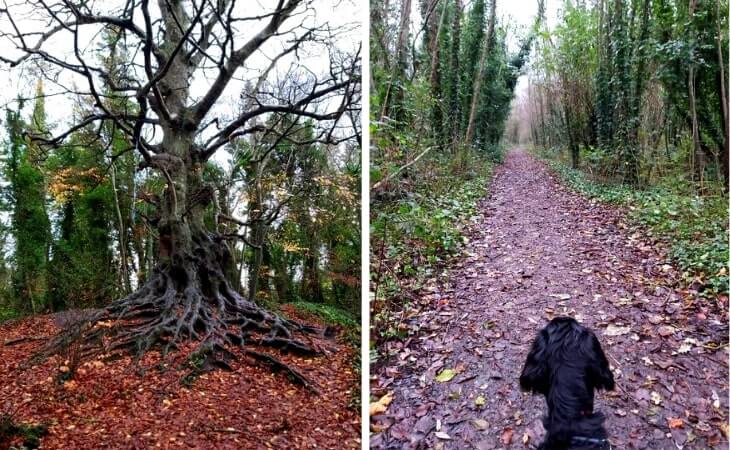 Balrath Woods is home to one of my favourite walks in Meath. If you’re looking to stretch the legs after your visit to the Abbey, it’s well worth a visit. The walks are handy and it’s home to plenty of interesting sights and sounds. 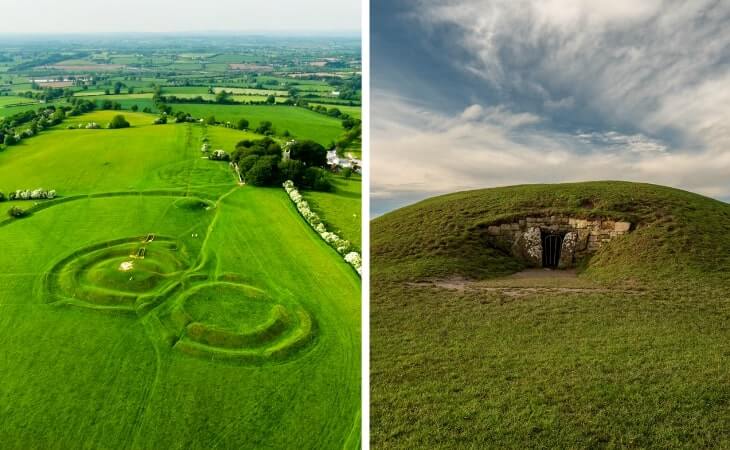 The Hill of Tara is one of the most popular attractions in Ireland and it’s a handy 10-minute drive from Bective Abbey. This Neolithic site had a ceremonial and burial function in the past and it’s believed to have been the inauguration place of the High King of Ireland.

We’ve had a lot of questions over the years asking about everything from ‘Who owns Bective abbey?’ to ‘What happened Bective Abbey?’.

Is Bective Abbey worth visiting?

Yes! Bective Abbey is a wonderful example of medieval Ireland and, although it’s in ruins, there’s an impressive amount of the structure still standing.

What is the Bective Abbey Braveheart link?

Along with Trim Castle, Bective Abbey was used during the filming of the now-iconic Braveheart movie (the scene with the princess and her maid, was filmed in the abbey’s cloister).