If you’re debating a visit to the English Market in Cork, you’ve landed in the right place.

Packed with fresh produce, lively characters and a rich history, the English Market in Cork City is a buzzing hotspot in the heart of Ireland’s second city.

In the guide below, you’ll find everything from the opening hours to some of our favourite places to eat at what is arguably one of the most popular attractions in Cork.

Some quick need-to-knows about the English Market in Cork

Although a visit to the English Market in Cork is fairly straightforward, there are a few need-to-knows that’ll make your visit that bit more enjoyable.

Occupying a large space in the middle of the city between Grand Parade and Princes Street, the English Market is easy to locate for anyone new to Cork. Less than a 20-minute walk from Cork Kent train station, when you’re heading down Grand Parade just look for the elegant pavilion exterior on your left with the flags and the clock.

The English Market is open to the public from 8.00 am to 6.00 pm (times may change – info here), Monday to Saturday. It is closed on Sundays and Bank Holidays. If you’re visiting at Christmas then check ahead for additional dates as it might be closed or have open-hours changes – just so you can plan a trip to Cork without any frustrating itinerary alterations!

3. Why is it called the English Market?

Selling everything from traditional favourites like crubeens to international imports like cured meats and fresh olives, the English Market is a delightful cornucopia of smells, tastes and colours. There’s also a great bunch of traders on-site who’ll sort you a feed on the go as you meander your way through the elegant maze of fresh food aisles.

A brief History of the English Market 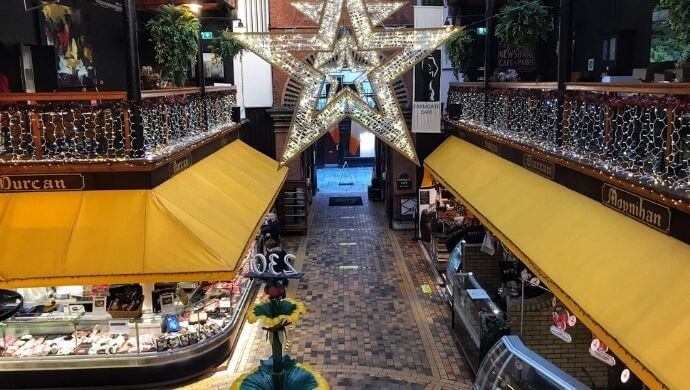 Although a visit to the English Market is one of the most popular things to do in Cork City, some who visit for the food fail to realise how historic the place really is.

Though there’s been a market on the same site since 1788, none of the original structure still exists and the present one dates to around the mid-19th century.

Cork’s proximity to the sea and its fertile land meant the city saw economic prosperity from the 18th century onwards with fish, fowl and vegetable markets adjoining the original core meat market.

Amazingly, the market survived through the Great Famine and, by 1862, began to take the shape we recognise today when plans were finalised for a new entrance and roofed interior at the Princes Street end of the English Market.

The ornate Grand Parade entrance was completed in 1881. Though the battles and wars of the early 20th century were difficult for the city, the English Market stood firm, retaining a mystique and going through various renovations.

Our favourite places to eat at the English Market in Cork 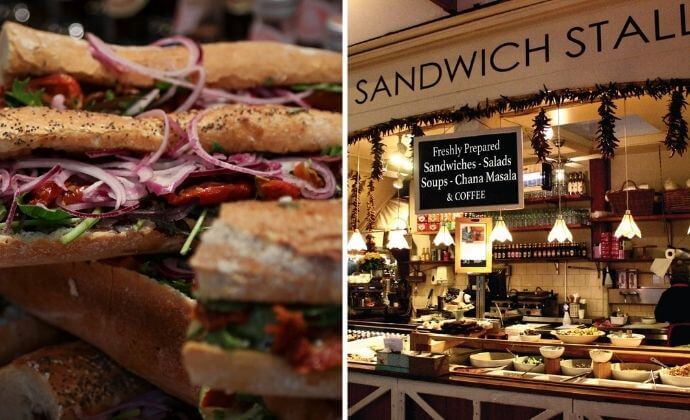 The English Market is home to an almost endless number of places that’ll make both your tastebuds and your belly very happy.

Below, you’ll discover some of our favourite places to eat at the English Market in Cork, from the Alternative Bread Company to O’Flynn’s Sausages 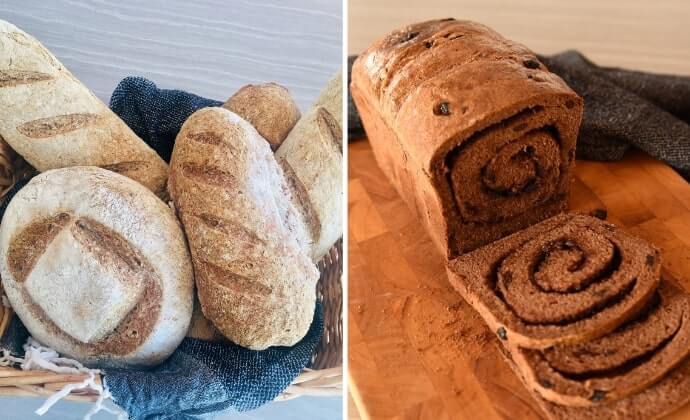 Over the years Sheila’s award-winning stall has become a fixture at the English Market and her regular customers have become like family. It was no surprise then that the Alternative Bread Company won the Friendliest Business in Ireland in 2012!

Related read: Check our our guide to the best restaurants in Cork (a mix of fine dining and cheap, tasty places to eat) 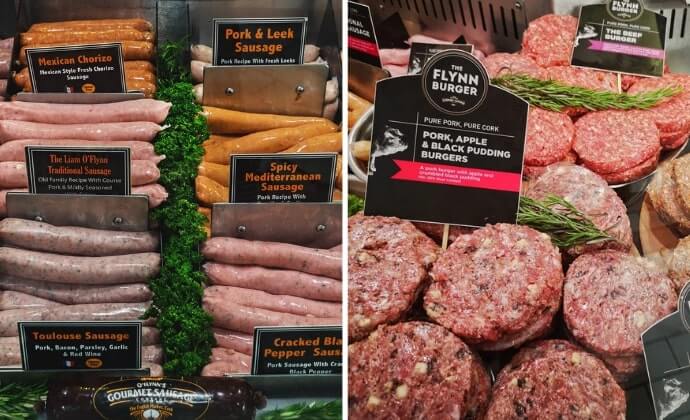 Thought 1997 was a long time ago? O’Flynn’s Gourmet Sausages have been doing a fine trade at the English Market in Cork since 1921 and now into their fourth generation, there’s no letting up!

Blending old family recipes with new flavours from around the world, they’re always on the hunt to craft and create the most interesting products possible. 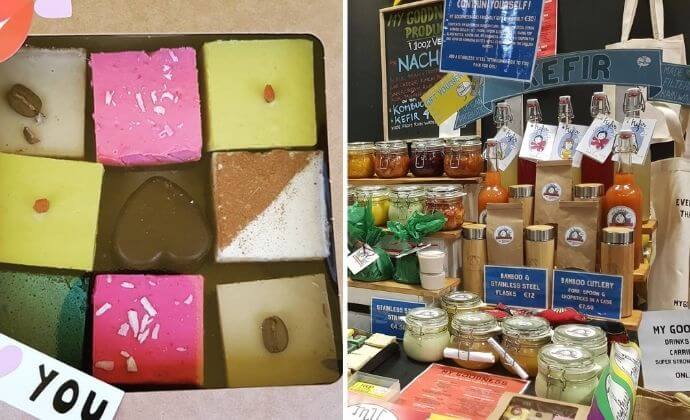 An award-winning ethical health-focused stall who specialise in vegan, raw, sugar free and gluten free products, My Goodness is all about creating food that’s good for the gut, good for the brain and good for the environment.

With tons of respect for the surrounding land and the farmers who toil it, their delicious nachos, mezzes and wraps are all made with love, sustainability and a positive future in mind.

Related read: Check our our guide to the best traditional pubs in Cork (many of which have been on the go hundreds of years) 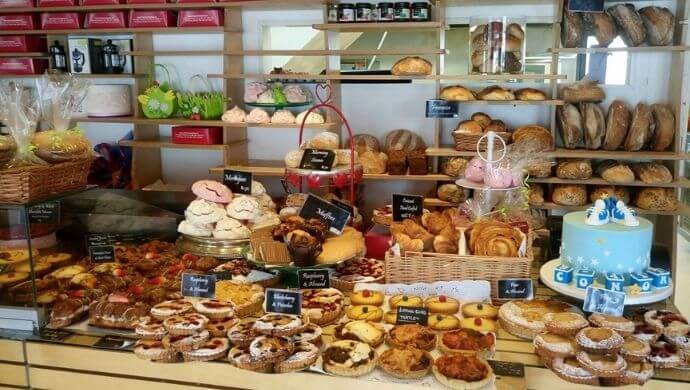 Established by husband and wife team Joe and Barbara Hegarty in 1996, Heaven’s Cakes at the English Market have won a bunch of awards over the years for their sublime products.

And that should come as no surprise considering Joe and Barbara are both classically trained chefs specialising in cakes and pastries!

An institution at the English Market for over 20 years now, they try to use locally sourced ingredients where possible and I’m sure nobody will give out that their chocolate comes from Belgium!

Remember when I was talking about eating food on the go the English Market? Well, in 2001 Real Olive Company customers were regularly requesting fresh salads or sandwiches, so the team thought on their feet and the Sandwich Stall was created!

Now they specialise in a vast array of mouth-watering sandwiches of all shapes and flavours. And DO NOT miss their epic grilled-cheese sandwiches!

Some FAQs about the English Market

We’ve had a lot of questions over the years asking about everything from the opening hours for the English Market in Cork to where the story all began.

When is the English Market open?

The English Market is open from 8.00 am to 6.00 pm, Monday to Saturday. It is closed on Sundays and Bank Holidays.

What are the best places to eat at the English Market?

The Alternative Bread Company, O’Flynn’s Gourmet Sausages, My Goodness, Heaven’s Cakes and The Sandwich Stall are all worth trying.