Looking for the best pubs in Cork City? You’ll find plenty of them below!

Cork City is known for its wonderful culinary scene (see our guide to the best restaurants in Cork!) and lively atmosphere.

The second largest city in Ireland boasts a large variety of pubs for you to try, from old heritage taverns to trendy new bars.

If you’re wondering which pub to call in for a pint and a bite to eat, below you’ll find plenty to choose from in our guide to the best Cork pubs below.

Our favourite pubs in Cork City 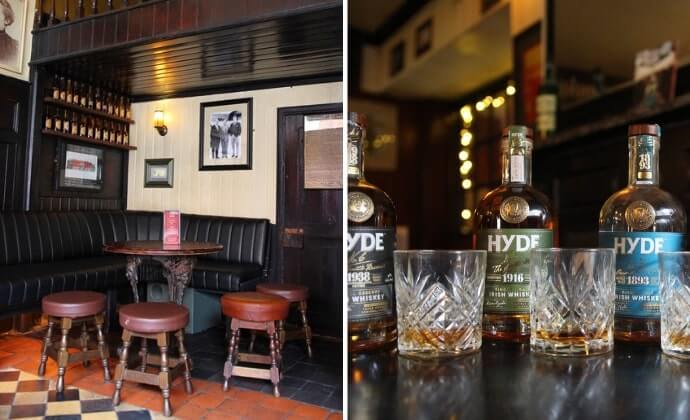 I’m going to kick things off with our favourite Cork pubs; these are spots that one (or several) of the Irish Road Trip team have sipped a pint (or several…) in over the years.

Below, you’ll find the brilliant Shelbourne Bar and the very cosy Hi-B Bar to the often-overlooked Costigan’s. Dive on in! 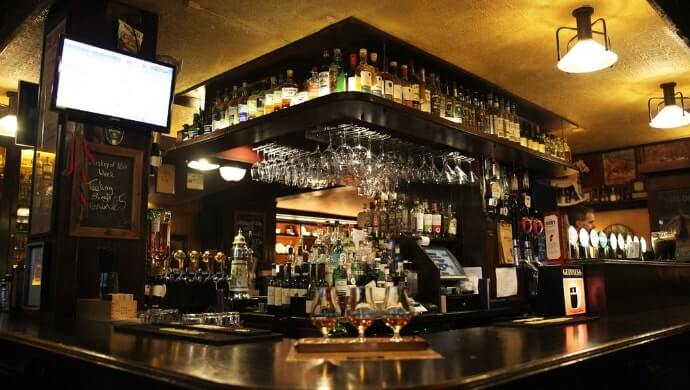 If you’re a whiskey drinker, this is one of several Cork pubs you’ll want to make a bee line for. Its menu includes “100 whiskeys to try before you die” with the city’s largest and best collection.

The Shelbourne is a historic little pub that’s been keeping visitors watered from the heart of the Victorian Quarter since 1895.

It has two private snugs at the front of the bar and plenty of high stools, with a dark wood interior and timeless photographs adoring the walls.

If you’re in search of pubs in Cork City that boast a friendly atmosphere, comfortable surroundings and a fine bit of history, you can’t go wrong with a drink at the Shelbourne.

Related read: Check out our guide to the best things to do in Cork City (tours, walks and lots more). 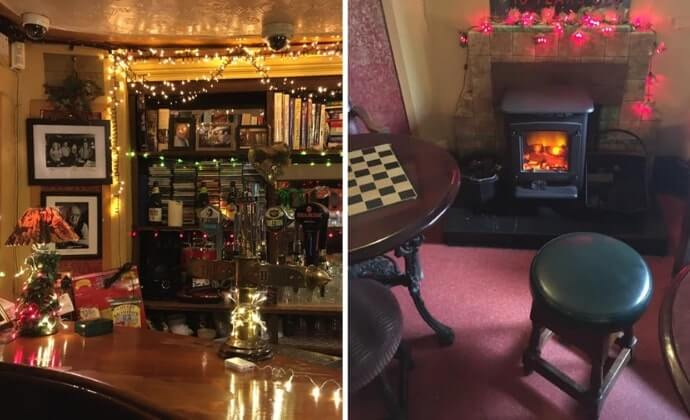 It’s hard not to love Hi-B Bar. Located upstairs across from the Post Office, it’s right in the middle of Cork. Sadly, legendary owner Brian O’Donnell passed away in 2019, but his iconic bar lives on.

Hi-B Bar has been in the same family since the 1920s, with a strong vintage vibe visible throughout the décor.

It’s been notorious for strict rules such as no mobile phones, but this only adds to the fun and quirky character of the place.

This is one of several Cork pubs that’s just as popular amongst locals as it is with tourists. A great spot to whittle away a winter evening.

Costigan’s has been serving since 1849 and is one of the oldest pubs in Cork City (you’ll find more very old Cork pubs in the next section).

It’s located in the heart of Washington Street and has retained much of its traditional character. It has a long bar counter, cosy snug and parlour area with a roaring fireplace.

The pub has an extensive selection of gins and whiskeys, making it a popular place to head for visitors to the city.

Related read: Check out our guide to the best beaches near Cork City (many of which are less than 40 minutes away)

The oldest pubs in Cork City 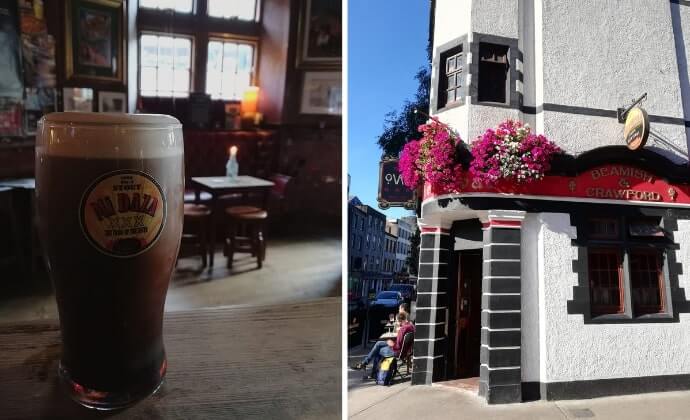 There’s some very old bars in Cork City, many of which have stood the test of time and still offer a better setting for a night out than many of the city’s newer pubs.

In the section below, you’ll discover some very old Cork City pubs, from the magical Mutton Lane Inn to the lively Crane Lane. 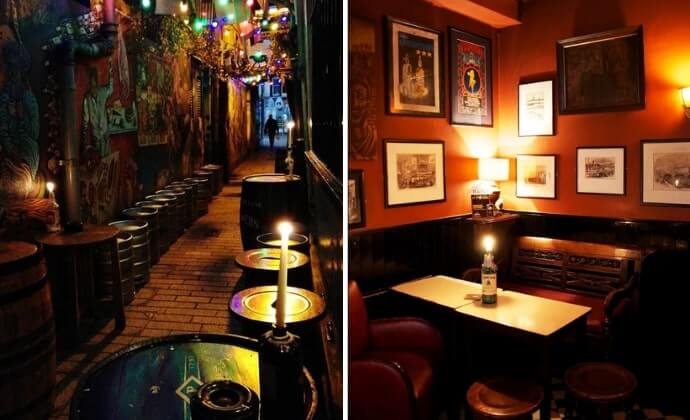 Tucked away from the main street down a narrow alleyway, Mutton Lane Inn is believed to be one of the oldest bars in Cork City, having opened its doors in 1787.

It has an interesting history as well, with a division line drawn right down the middle of the pub during the Civil War.

It’s rather dimly lit but it still has plenty of character with a heavy wooden finish to the interior. There’s always the sound of loud chatter and often music playing in the background, making it a lively place if you’re lucky enough to get a seat. 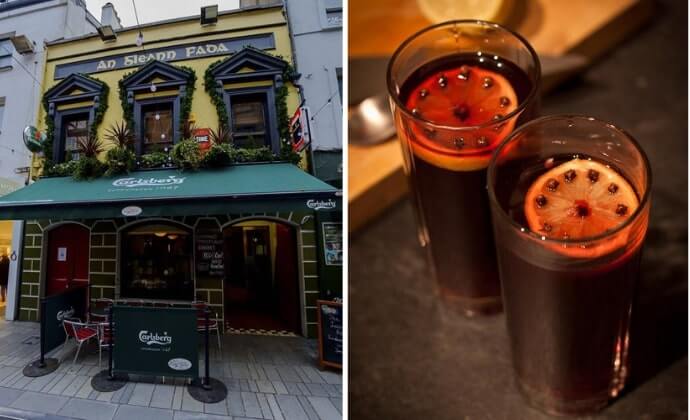 The Long Valley Bar has a long and proud tradition serving customers a great pint and some of the best sandwiches in the city.

The pub has been synonymous with good food for many generations, serving quality sandwiches and chowder to hungry bar patrons.

It’s also a pub that holds onto tradition, and up until recently still had bar staff wearing white butchers’ coats with opera playing in the background.

Since it first opened its doors in 1842, it’s been an icon of the city. You can find it on Winthrop Street in the heart of Cork.

Related read: Check out our guides to the best places to grab brunch in Cork and the tastiest spots for breakfast in Cork. 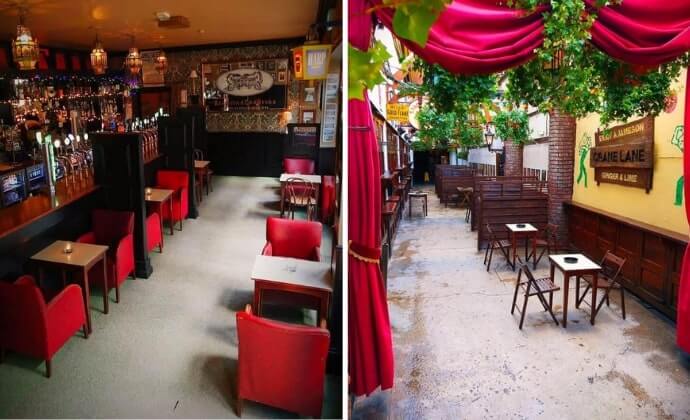 The Crane Lane Theatre is one of the most iconic bars in Cork City. Located on a laneway between South Mall and Oliver Plunkett Street, it was originally a gentleman’s club way back in the 1920s and still retains a vintage feel throughout.

There are three bars inside serving craft beers as well as spirits. With a variety of music playing every night of the week, the Crane Lane will not disappoint for a lively night out.

It’s worth noting that, as this is one of the more popular of the many Cork City pubs, it gets busy, so try and nip in early.

The Oval is housed in a unique Sino-Celtic design and is the only pub listed as an important 20th century-era building in the city.

Located on the corner of South Main Street and Tuckey Street, it is named after its oval-shaped ceiling which was designed by a well-known Edinburgh-based architect on behalf of the old Beamish Brewery.

The venue is still mostly in its original form, complete with a cosy fireplace and candle-lit intimate atmosphere. It’s extremely busy on weekends with both locals and tourists alike.

Related read: Check out our Cork City Hotels and our Cork bed and breakfast guides if you’re in search of a place to stay) 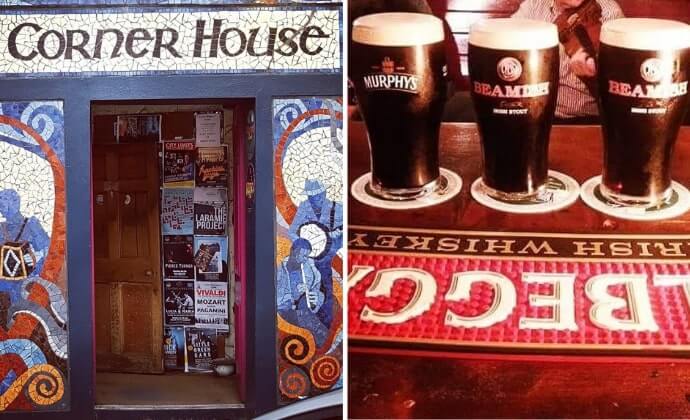 Now, if you’re in search of pubs in Cork City with live music, your best bet is to check their Facebook page in advance of visiting, as that tends to be the easiest way to see what’s on.

Below, you’ll find some brilliant Cork pubs that are knowing for hosting live music sessions throughout the year. 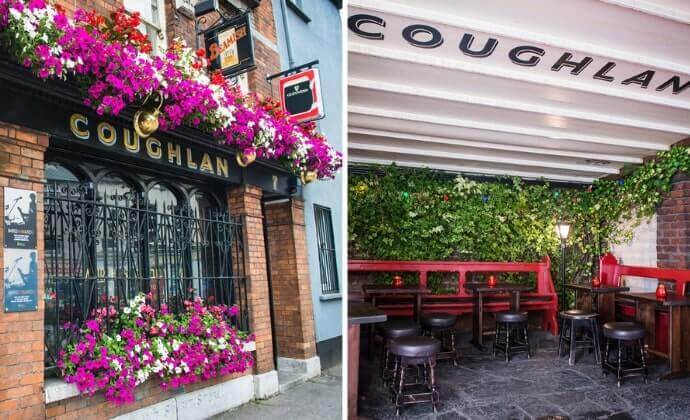 A pub that opened almost two centuries ago, Coughlan’s is one of several award-winning bars in Cork City. Having been in the same family since it opened, it’s one of the city’s longest running pubs.

It offers an intimate night out with a variety of live music each night, from rising stars to household names.

It’s also home to one of the biggest gin selections in the county and along with the heated beer garden, there’s no better place to head for a night out in Cork. 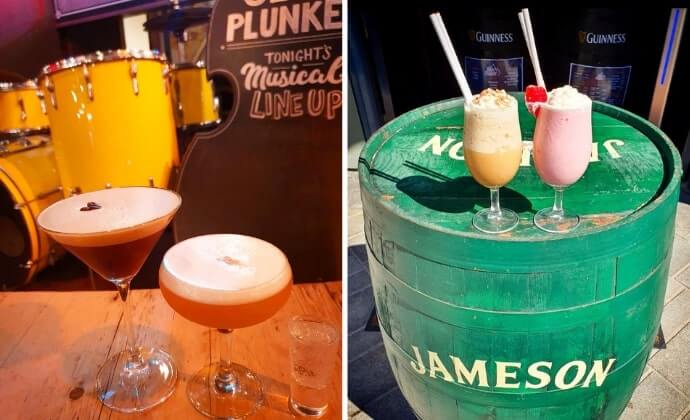 Named after the well-known street where you’ll find the pub in the centre of Cork, the Oliver Plunkett is famous for great live music and all-round good food and drinks.

The walls are covered in old photographs and memorabilia, with a slightly raised platform for musicians to play while you enjoy your meal.

Their restaurant serves breakfast, lunch and dinner, so you can visit at any time of the day. However, of course, it’s the live music every night that draws the crowds and is worth the wait. 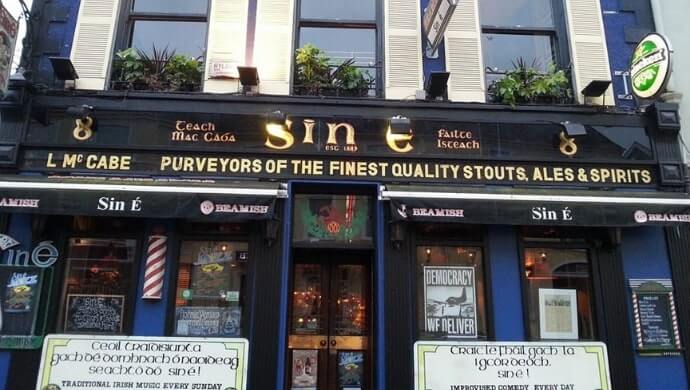 Sin E is perhaps one of the most well-known pubs in Cork. Often considered the home of traditional Irish music in the city, Sin E is a must visit.

The name translates to “that’s it” which rather somberly takes its name from the funeral parlour next door.

However, the atmosphere is as lively as ever with a longstanding tradition of good music and beer. It’s been serving patrons for nearly 150 years, so you know you can’t go wrong.

4. The Corner House (one of the most overlooked pubs in Cork City)

Known for traditional music sessions and live gigs, the Corner House is always buzzing. Often hosting talented and well-known musicians and artists, it is the home of Lee Delta Blues Club.

You’ll find music playing every day of the week, so there’s always something to bop your head to.

Their drinks menu offers a variety of options from wine to craft beer. Located on the edge of the Victorian Quarter, it’s a convenient place to head for a night out. 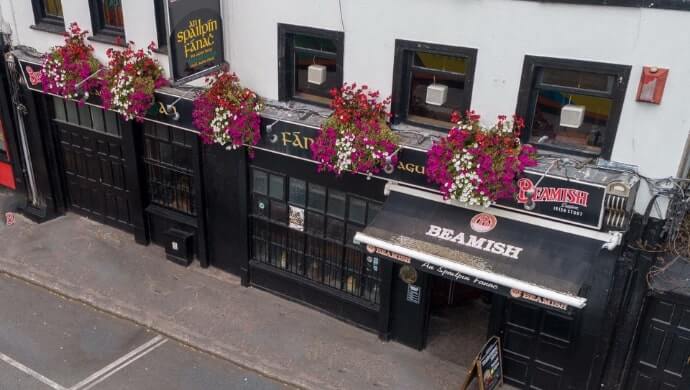 Located on South Main Street, An Spailpin Fanach is a popular pub with music playing live almost every night of the week.

The name translates to the Migrant Worker and was originally founded in 1779. It’s still a traditional Irish pub with low ceilings, exposed bricks and a simple wooden bar.

It also has an upstairs function room which caters for up to 180 people. Otherwise, the cosy bar downstairs is a great place for a meal and drink while you listen to some traditional Irish music.

What Cork City pubs have we missed?

I’ve no doubt that we’ve unintentionally left out some brilliant Cork pubs from the guide above.

If you have any pubs in Cork that we need to check out sharpish, let me know in the comments below and we’ll check it out!

FAQs about the best pubs in Cork City

We’ve had a lot of questions over the years asking about everything from which Cork pubs are the oldest to what are the best pubs in Cork City for live music.

What are the best pubs in Cork City (traditional pubs, that is!)?

What are the best bars in Cork City for food?

Thanks for the great reviews and photographs. This is my first visit to Ireland and I have chosen Cork to stay in. I look forward to frequenting the pubs and enjoying the culture.