The tourist favourite Gallarus Oratory in Dingle is one of the most popular stops on the Slea Head Drive.

If you’re not familiar with it, Gallarus Oratory is arguably one of the best preserved early Christian churches in the whole country.

Located right on the western tip of the Dingle Peninsula, it’s a must see for history buffs exploring this gorgeous little corner of County Kerry.

In the guide below, you’ll find everything you need to know about visiting Gallarus Oratory, from how to visit (you don’t have to pay) to a lovely local legend.

Some quick need-to-knows before visiting Gallarus Oratory in Dingle 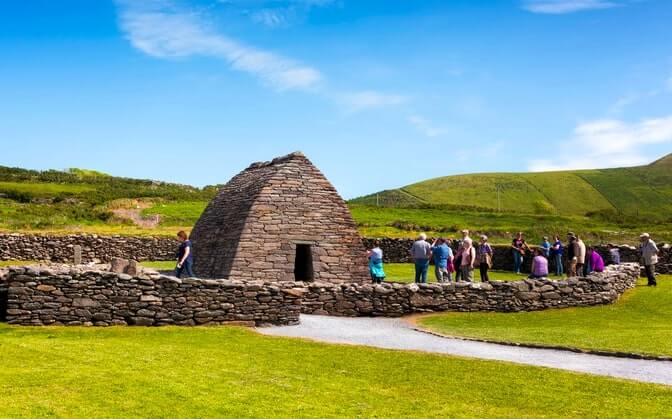 So, a visit to Gallarus Oratory tends to cause a good bit of confusion for some, as you can visit via the Visitor Centre (paid) or you can visit for free.

Below, you’ll find some quick need-to-knows that’ll make your trip to Gallarus Oratory in Dingle that bit more enjoyable.

You’ll find Gallarus Oratory on the Dingle Peninsula, a 13-minute drive from Dingle Town (if you don’t follow the coast) and a stone’s throw from the village of Ballyferriter.

There are actually two places to enter the oratory site and there can be some confusion about whether you need to pay or not to enter.

You only need to pay if you enter through the Visitor Centre, which has a large parking area, toilets, a souvenir shop and a nice path that leads up to the oratory.

However, if you instead continue up the road from the Visitor Centre, you’ll find a small parking lot and another path up to the oratory. This is completely free to access and it’s open 24/7.

3. However, it may be worth paying

Although you might be quick to assume that free is always better, in this case you might want to part with the entrance fee if you want to learn a bit more about the site.

The Visitor Centre has an interesting audio-visual display that can provide a nice background to the site, and you also have access to a shop, toilets and refreshments. 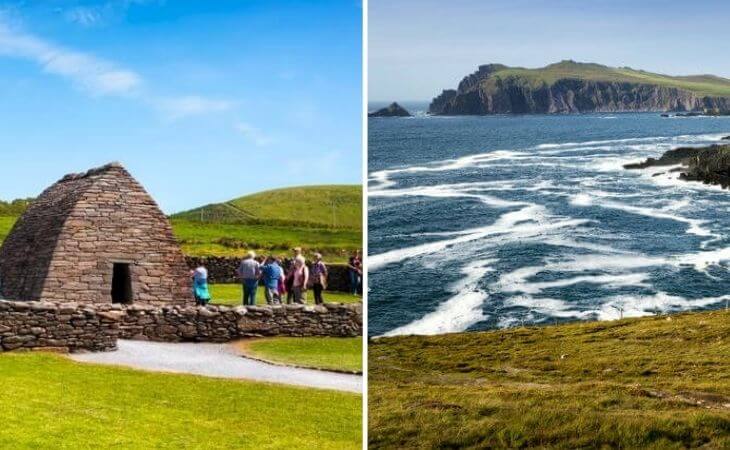 It’s not exactly known when the Gallarus Oratory was built, however estimates say that the site was likely from between the 11th and 12th century.

It’s only a small structure, just 4.8m by 3m in size, but it has a distinctive architectural design, with its shape often thought to look like an upturned boat.

It was constructed entirely from local stone in a technique developed by Neolithic tomb makers. The stones were gradually overlapped so that each layer slowly closes inwards until they meet at the top.

There is a local legend that states if a person climbs through the window to get out of the oratory, their soul will be cleansed and they’ll be guaranteed access directly to heaven.

However, you’ll be struggling to try this unless you’re a small child, as the window is only around 18cm by 12cm in size!

Things to see near Gallarus Oratory

One of the beauties of Gallarus Oratory is that it’s a short spin away from a clatter of other attractions, both man-made and natural.

Below, you’ll find a handful of things to see and do a stone’s throw from Gallarus Oratory (plus places to eat and where to grab a post-adventure pint!). 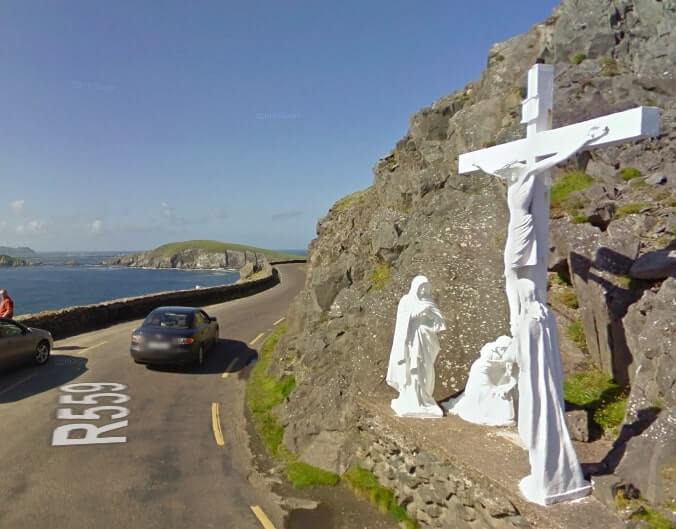 The Slea Head Drive is a spectacular circuit route that is considered one of the most scenic drive’s in the country. The drive begins and ends in Dingle town and forms part of the Wild Atlantic Way, with incredible coastal views for much of the circuit.

It’s also a great way to take in many of the attractions and highlights of the western end of the Dingle Peninsula, with plenty of stops on the way. 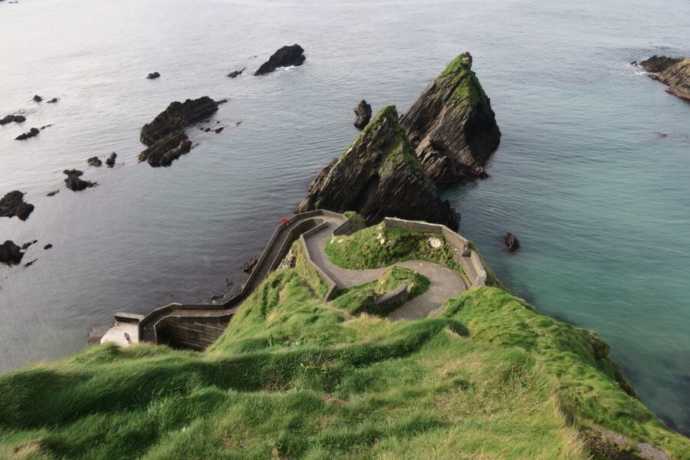 Dun Chaoin Pier is a popular stop on the Slea Head Drive. There is an incredibly, hairy narrow road that leads down to the pier, which has incredible views over the rocky coastline. You can park your car near the top and then walk down the steep road, do not drive down! It’s located on the westernmost tip of the Dingle Peninsula. 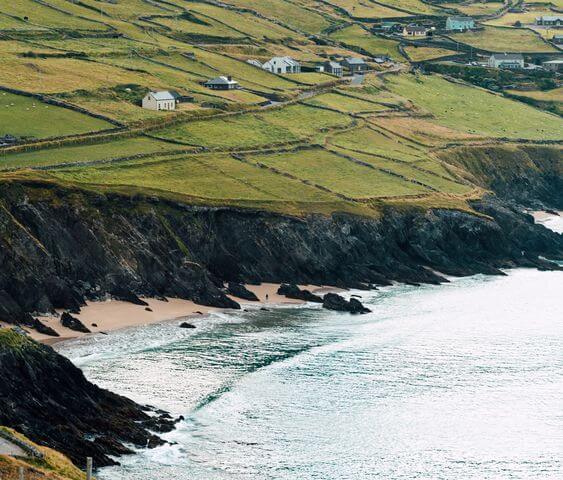 The stunning Coumeenoole Beach is surrounded by rugged cliffs and a great stop on the Slea Head Drive. You might recognise the slice of coast from the movie, Ryan’s Daughter, as it was used as one of the filming locations.

You can either walk down to the beach or carefully wander along the cliffs to admire the coastal scenery. 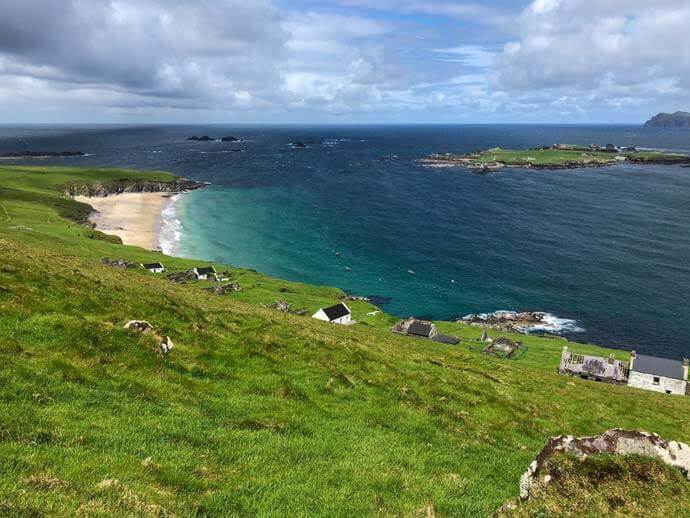 The Blasket Islands are considered one of the most western points of the European continent. They are renowned for their extremely rugged beauty and marine life. You can learn more about the incredible islands and their past inhabitants at the Blasket Centre in Dun Chaoin on the Slea Head Drive. 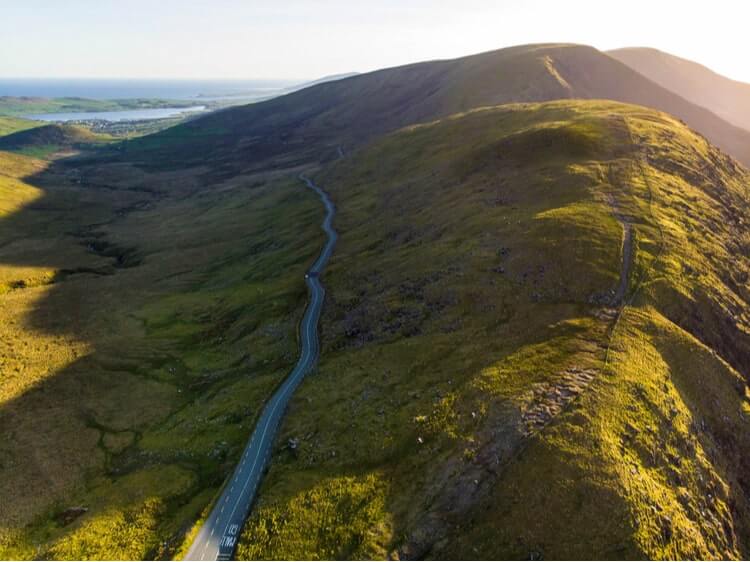 To finish off your beautiful coastal drive in Kerry, Conor Pass is one of the highest mountain passes in Ireland. The narrow road runs for 12km between Dingle town and Kilmore Cross and is the most scenic way of crossing from south to north on the peninsula.

FAQs about Gallarus Oratory in Dingle

We’ve had a lot of questions over the years asking about everything from whether Gallarus Oratory is worth visit to when it was built.

Is Gallarus Oratory worth visiting?

If you’re nearby, yes – it’s worth dropping into! However, I wouldn’t go out of my way to visit Gallarus Oratory, personally.

Do you have to pay to visit Gallarus Oratory?

Yes and no. If you visit via the Gallarus Oratory Visitor Centre, then yes. If you enter via the public entrance, no. See above for more info.

Is there much to see and do near Gallarus Oratory?

Yes, there’s plenty! Gallarus Oratory is located along Slea Head and it’s a stone’s throw from plenty of things to do (scroll up to see what’s close by!).