After being cancelled last year, the Galway Christmas Markets 2021 are OFFICIALLY back!

Below, you’ll find everything you need to know about the Galway Christmas Markets 2021, from the dates and what’s on to where to stay and more. 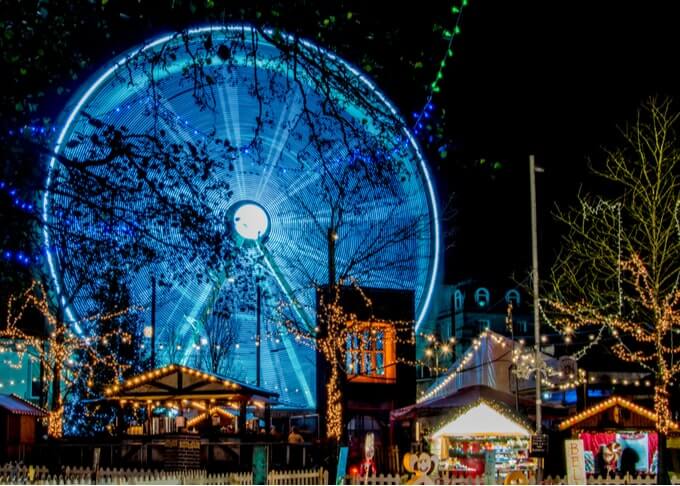 It has been confirmed that the 2021 Galway Christmas Markets will take place from November 12th and they’ll run until December 20th.

Yep. November 12th. That’s a good bit earlier than the last few years, when things were running normally, but it’s not surprising after the 18 months we’ve had.

This year’s Galway Christmas Markets will run from an earlier date but they’ll also finish a little earlier, too (they used to run until the 23rd, unless I’m mistaken!). 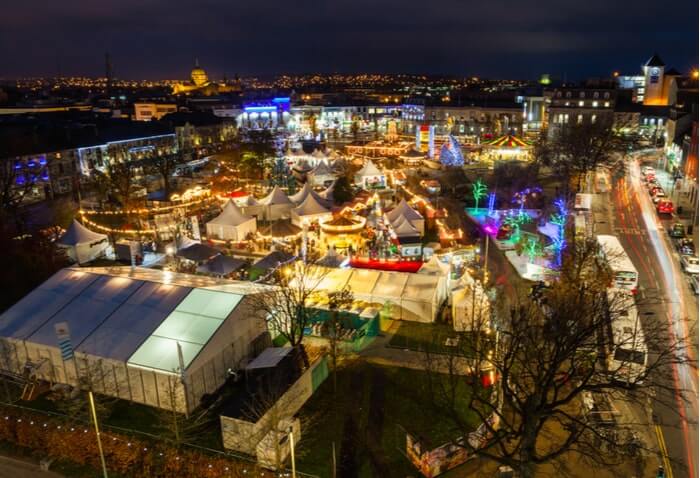 If you fancy visiting Galway at Christmas in 2021, here’s a bit of what you can expect, aside from the many great pubs in Galway and the endless number of great restaurants in Galway.

All going to plan, the 2021 Galway Christmas Markets will feature many of the stalls and feature that were present during the previous years. There’ll be:

Galway Christmas Markets: Are they worth visiting? 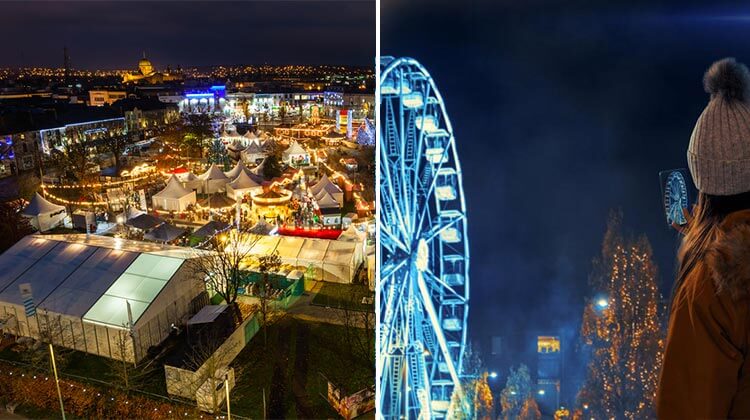 I’ve been visiting Galway at Christmas every year for the past 5 or 6 years at this stage. If I’m completely honest, they have, in my opinion, deteriorated a bit over the past two years.

Now, before you jump down my throat, hear me out. When I visit a Christmas market in Ireland or abroad, I like to ramble around for a while, soak up the atmosphere, grab some food from the stalls and then head for a few pints.

While the city is still incredible to ramble around at Christmas and the food options are as good as ever, the spots to drink have gone downhill big time.

Back 3 or 4 years ago, there were two great spots to grab a pint:

This has gone to the dogs over the last couple of years; The queues are insane, you can’t get in unless you arrive insanely early, and it’s full of kids.

The Chalet near Spanish Arch

This was a ridiculously Christmassy chalet-style building near Spanish Arch that was a lot calmer than the Galway beer tent.

You could chill, grab a beer and it was a bit like something you’d see in Switzerland or Germany.

I’ve been hoping that this would make another appearance for the past 2 years, but I’m not holding my breath. If you’re not fussed about having a drink, then you should still enjoy it!

Christmas in Galway: Is there any point in visiting or is just insanely expensive?

While it’s true, there’s many Galway bed and breakfastexpensive hotels in Galway, there are also plenty of reasonably priced options (see our guide).

FAQs about the Christmas markets in Galway

We’ve had a lot of questions over the years asking about everything from the dates of the Galway Christmas Markets to where to stay.

What are the dates for the Galway Christmas Markets 2021?

It has been confirmed that the 2021 Galway Christmas Markets will take place from November 12th and they’ll run until December 20th.

Are the markets definitely going ahead this year?

Hi, just wondering are the Christmas markets on everyday from November 12 or are they just on at the weekends? I would love to visit on Thursday 25th November 2021.

Having come to Galway this year specifcally to go to the marlet, my family and I were bitterly dissappointed. There appeared to be fewer stalls than previous years, food items were overpriced and when I got a mulled wine it appeaered to be just warm wine with no hint of spices or sweetness. A lot of the vendors appeared to be disinterested and were either talking among themselves or had their heads buried in their phones. I am afraid this will be my last visit to the Galway Christmas market.

Mary - agree on all points. I've been to Berlin, Cologne and Basel, all different but brilliant. The deposit on the mugs there is only €2, great as a keepsake. The markets here, when they're established, should do similar. Also better for the environment. You've put an idea in my head and this year, I'll bring my reusable mug to Galway with me and hopefully there won't be an issue.

I love Christmas Markets, be they home or abroad. My first Christmas Market abroad was Prague. Beautiful beyond words. Second Christmas Market was Austria and third was Berlin! Each of these markets were unique, but very enjoyable. They weren't all about food, there were plenty of stalls and unique seating (wooden barrels made into seating) and best of all, Mugs of mulled wine, with the name of the City as a keep sake, obviously to be bought, but worth it. I collected mugs from Prague and Austria and beautiful glasses from Berlin. Nice to look at these and remember how enjoyable the markets abroad are. In Galway, you get either a plastic cup with your mulled wine, or an ordinary glass, nothing to remember I'm afraid.