The topic of the best pubs in Galway tends to be one that causes a fair bit of debate online.

So, in early 2019 I popped out a post on Instagram asking 200,000+ people following the Irish Road Trip what they thought were the best bars in Galway City.

A fiery debate ensued and roughly 723 people commented, DM’d and emailed over the course of two days.

The guide below takes you through what the majority of those 723 people thought were the best pubs in Galway for a pint or 5.

The Best Pubs in Galway

According to the people that voted, the best bars in Galway are:

1. An Púcán (the best pub in Galway according to those that responded) 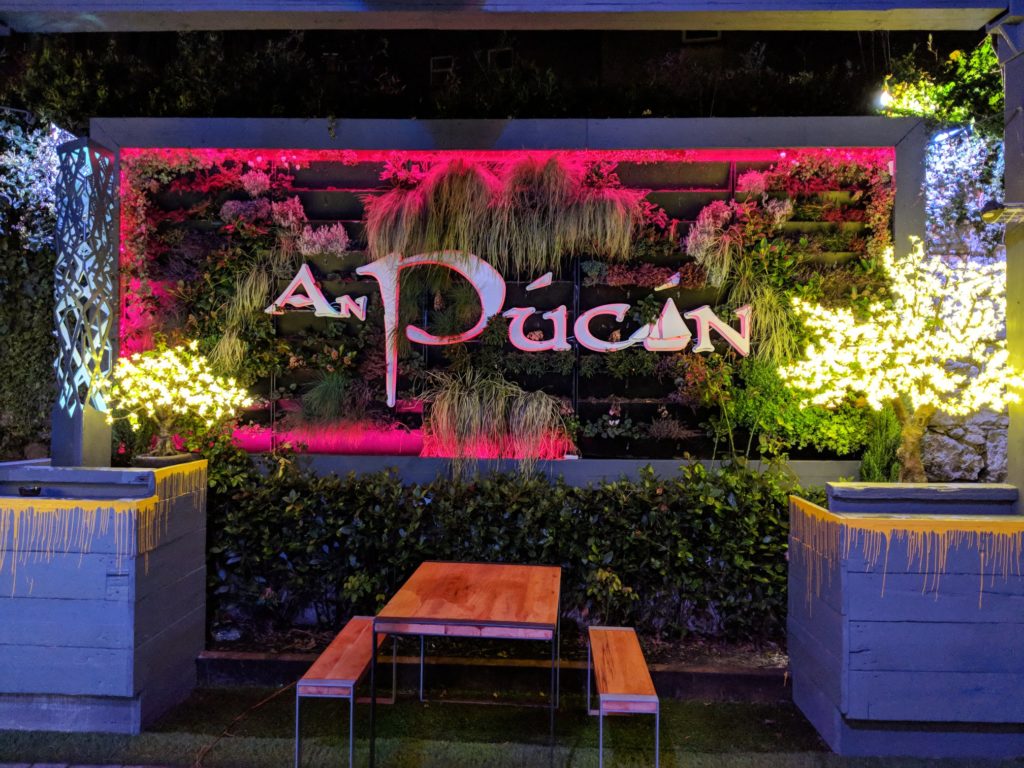 You’ll find An Púcán a short stroll from Eyre Square on Forster St. I was here for the first time on a Saturday night last year (2017). The place was hopping.

We stood out in the beer garden for a while soaking up the atmosphere before heading to the front section of the pub and grabbing a seat in a cosy little booth.

The only issue we had was queuing for a pint – it was, however, Saturday night in Galway, so everywhere was packed out! This is easily one of the best late bars Galway has to offer.

I love the Front Door. It’s great for a few pints while watching a match during the day, and it’s just as good later in the evening if you’re looking to buzz away until the early hours.

On the weekends, after 21:00, this is one of the more lively bars in Galway, which should suit those of you looking for loud music and crowds.

If you’re visiting Ireland for the first time and you’re not sure what to sip away on, give one of these Irish beers a shot.

3. Tigh Neachtain (my favourite of the many bars in Galway) 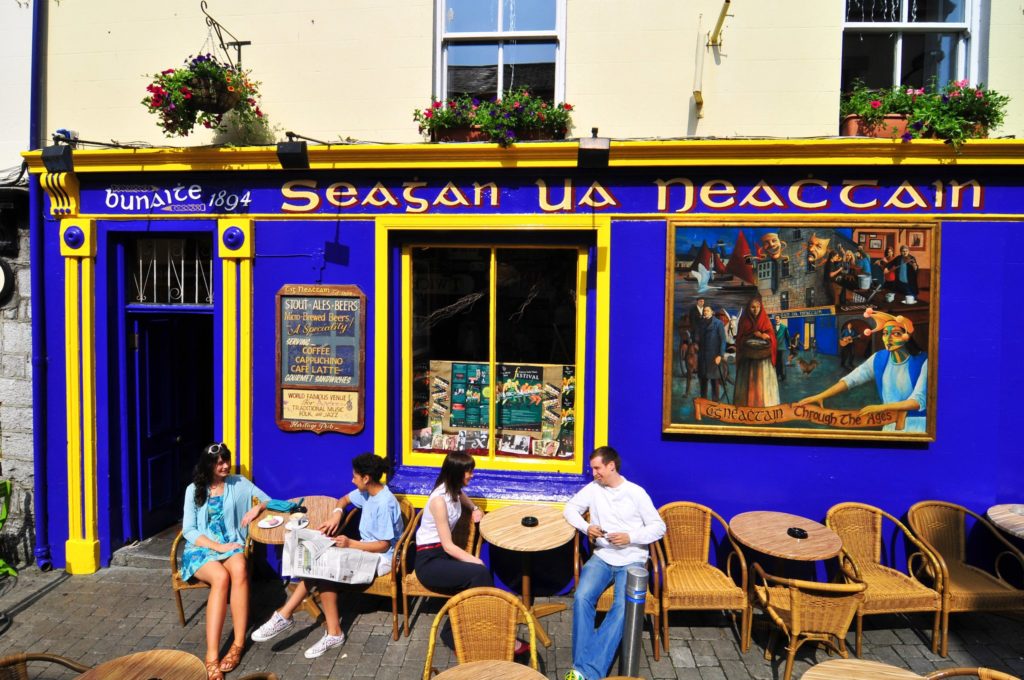 If you’re in search of pubs in Galway that are loved by locals and tourists alike, then head for Neachtain’s. And evening whittled away here is one of my favourite things to do in Galway.

There’s nothing like kicking back in one of the seats outside on a sunny day and watching the colourful array of tourists and locals swarm through the Latin Quarter.

You’ll find Tigh Neachtain on the corner of Cross Street and Quay Street in the heart of Galway City.

Whether you’re after a seat by a fire on a chilly winter’s evening or in search of a great pub to soak up some of the city’s atmosphere, Tigh Neachtain’s should be on your to-nurse-a-pint-in list. 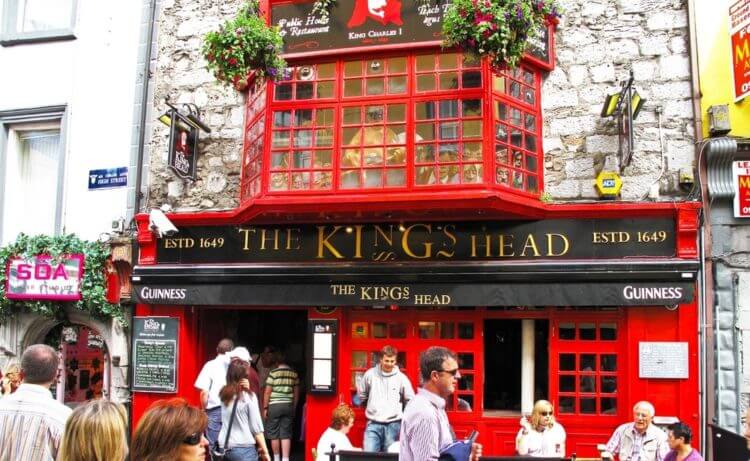 You’ll find the Kings Head in Galway’s bustling Latin Quarter, surrounded by some of the best restaurants in Galway.

This pub is one of the oldest in the city and it boasts live music every night and ‘fresh wholesome food all day every day’.

This is another of the many Galway pubs that tends to get lively enough at the weekends. If you visit and it looks packed, head upstairs – it tends to be less crowded and there’s seats. 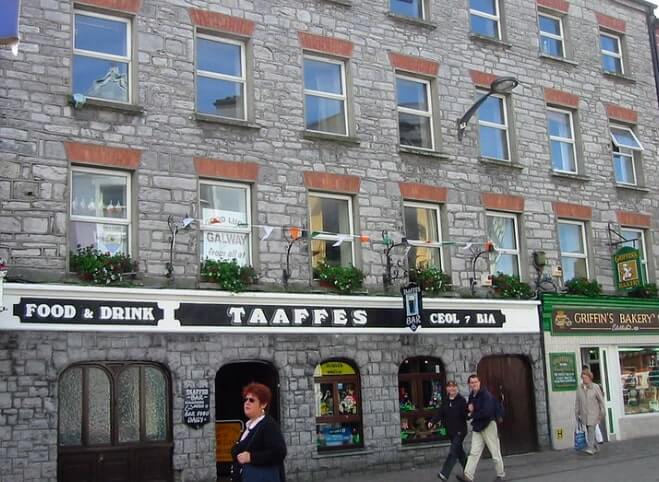 Taaffes is another of the old Galway pubs and it has been tipping away for an impressive 150+ years (the building itself over 400 years old).

Personally, I find sitting/standing inside Taaffe’s on a weekend a tad uncomfortable as it gets fairly packed, but this place was shouted out plenty of times in the comments, so here it is. 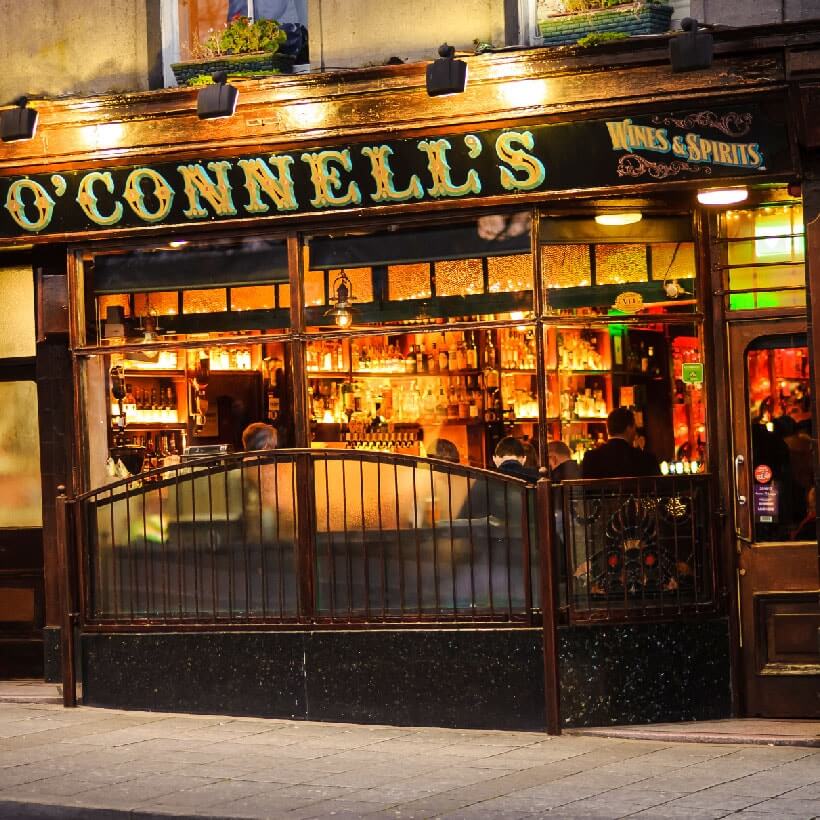 Photo via This is Galway

Up until a couple of years back, O’Connell’s was one of the few pubs in Galway that I hadn’t kicked-back with a pint in.

When we were there last, the rain was hammering down and we were sat outside in the enormous beer garden (the seating area was covered, thankfully) out the back.

A lovely pub for a pint with friends… even if it is lashing down. I’m prettyGalway Christmas markets sure they have a German Beer corner outside when the are on, too!

The Crane Bar is hands-down one of the best bars in Galway for traditional Irish music (the Guinness is also the business here!).

If you’ve a hankering for a pint while soaking up some live music, the Crane Bar is the place to be.

Upstairs in this pub has seen many a lively session – get there early as seating and standing space is limited. 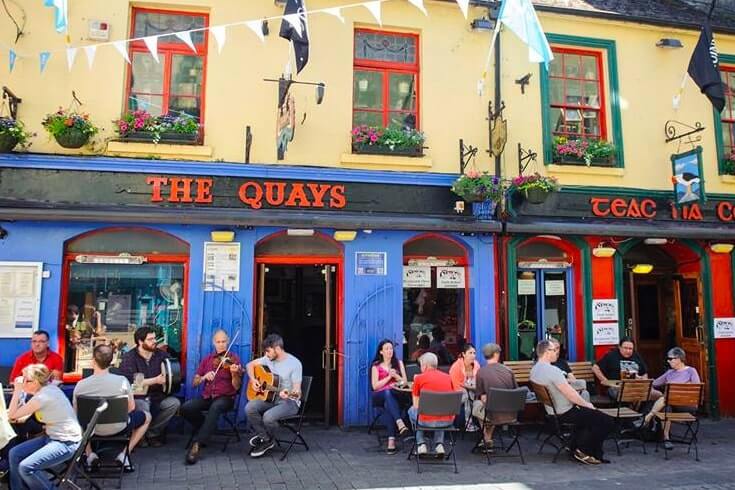 Next up is another of the more popular Galway pubs (if you can nab a seat outside during the afternoon it’s a fine spot for a pint and some people watching).

You’ll find the Quays located smack-bang in the middle of Galway’s Latin Quarter. This place holds a tonne of nostalgia for me.

This was one of the first bars in Galway I visited on a messy Galway road trip when a group of us turned 18. Great during the day and even better at night.

I’ve always found the Dail Bar to be one of the best pubs in Galway if you fancy taking it handy and just having a yap.

If you get in pre-21:00, head upstairs and nab one of the tables next to the bannisters. You can easily hold up here for an evening of chatter.

The Dail Bar is also a handy ramble away from some of the best places for brunch in Galway, for those of you feeling peckish!

FAQs about the best bars in Galway

We’ve had a lot of questions over the years asking about everything from the best pubs in Galway for live music to where to go in Galway for a late night pint.

What are the best traditional pubs in Galway?

Tigh Neachtain’s and The Crane Bar are arguably two of the best trad bars in Galway City.

What are the best late night pubs Galway has to offer?

The Quays, The Kings Head and An Pucan are three lively, late-night pubs in Galway.

What are the best bars in Galway for people watching and pints?

The Quays, Tigh Neachtain and The Kings Head are lovely spots to kick back with a pint and watch the world float by.

Thanks for the great info! Galway has been on my bucket list since I was a teen way back in the 70s so my husband and I decided to finally come explore the pubs and area. My 24 year old daughter Bailey decided to pop along with us so we REALLY needed some pub info on what is fun for her! This gave me some great ideas!

Hello, Are all the above named bars in the same area, what is the best area to try and stay in, myself and some friends are coming for a girly weekend, 50th birthdays so we are more afternoon drinkers, we have been to Dublin and like the vibe there, so hoping for something similar here, we enjoy the bars that have live Irish music playing all day rather than just the evening, would there be an area that is best to stay for that type of atmosphere?

My son Frank and his partner arrived in Galway today. Christmas week vacation. Spent the first 2 days in Dublin. They loved Dublin, but they love Galway even more. More relaxed pace than Temple Bar. They enjoyed the music and hospitality of The Quays today.

They may not want to return to Toronto!

Hi Keith, inspired by your website my wife and I are wanting to spend a week touring the west coast of Ireland - as soon as live music returns to the pubs ! Could you confirm I am right in believing that from next Monday (6th September 2021) this will be allowed ? Many Thanks, Chris.