A visit to Glenstal Abbey is well worth it if you’re a fan of architecture and long walks!

Especially as you can combine a trip here with a ramble in the nearby Glenstal Woods!

The Abbey, which was built in the 1830s, was designed to look like a 12th century castle, and it has been wonderfully maintained over the years.

In the guide below, you’ll find info on everything from the history of Glenstal Abbey and the walks to the guesthouses and more.

Some quick need-to-knows about Glenstal Abbey

Although a visit to Glenstal Abbey is fairly straightforward, there are a few need-to-knows that’ll make your visit that bit more enjoyable.

Glenstal Abbey is located in Murroe in County Limerick. It’s a 30-minute drive from Limerick City, Adare and Killaloe in Clare.

Glenstal Abbey welcomes visitors to the Monastery reception at 10:30 for tea/coffee and homemade scones. There’s also community masses that take place at 12:10 during the week and at 10:00 on Sundays.

Glenstal Abbey also features a guesthouse for visitors who would like to join the monks in their daily life for a few days. Guests are welcome to participate in the daily prayers, share meals with the Benedectine monks and observe the silence, work and reflective times.

The History of Glenstal Abbey 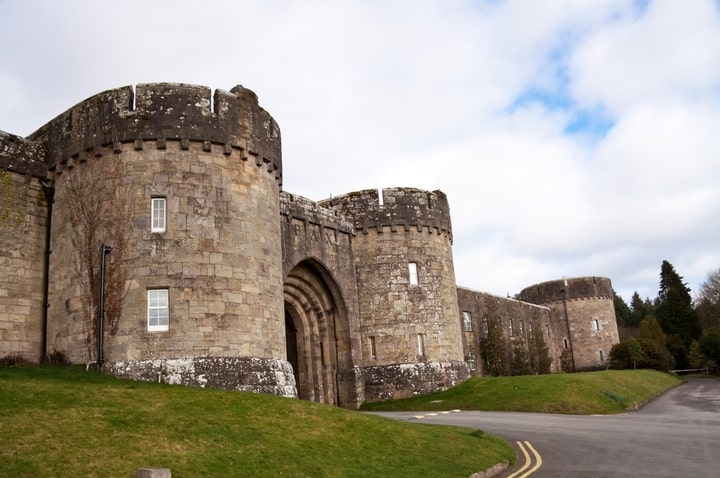 The beautiful Glenstal Abbey is what’s known as a Benedictine monastery. If you’re not familiar with the Benedictines, they’re a religious order of the Catholic Church.

The Abbey, which was established in 1932, is dedicated to St. Columba and St. Joseph and is situated next to Glenstal Castle.

It was agreed that Glenstal Abbey would be transferred from the Barrington family, who built Glenstal Castle, to the Bendictines.

However, this transfer went anything but smoothly and it wasn’t until a wealthy priest by the name of James Ryan steeped in and bought it that the transfer finally took place.

The aforementioned wealthy priest donated the estate to the monks and the first of them arrived to Glenstal in 1927. 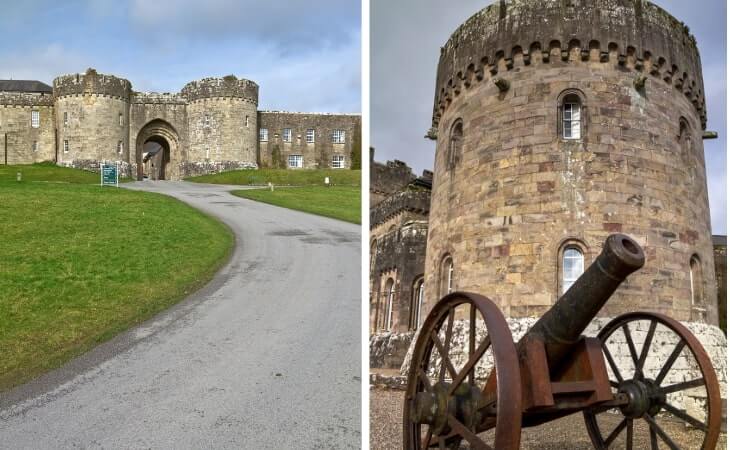 There’s a lovely ramble at Glenstal Abbey that stretches for around 6 km (3.7 miles) in length and it takes between 2 to 3 hours to complete.

Although this isn’t a hard walk, it’s long, so a good pair of walking shoes will come in handy.

Kicking off the stroll

As you walk towards the main avenue, you will instantly find yourself immersed in the quiet atmosphere of the Benedectine monastic life.

You will pass next to ancient oak trees and will soon arrive at the first of the five artificial lakes built on the property. As you stroll, the imposing Glenstal Castle will soon come into view.

When you enter the courtyard, you will find the monastic school on your left. This opened in 1932 and, at the time, had just 7 students.

Over the years, student numbers have increased and the school now boasts over 100 pupils.

Make your way into the church and admire the simplicity of its architecture and the vibrant colours in the ceiling and the reredos behind the altar.

The graveyard and the Lady Garden

When you’re ready, head towards the monastic graveyard. Beyond it, you will find a path leading to the Lady Garden marked by a pond with colourful water lilies.

Before returning to your starting point, also make sure to visit the 17th-century walled garden, situated close to the Lady Garden.

Things to do near Glenstal Abbey

One of the beauties of Glenstal Abbey is that it’s a short spin away from many of the best places to visit in Limerick.

Below, you’ll find a handful of things to see and do a stone’s throw from the Abbey. 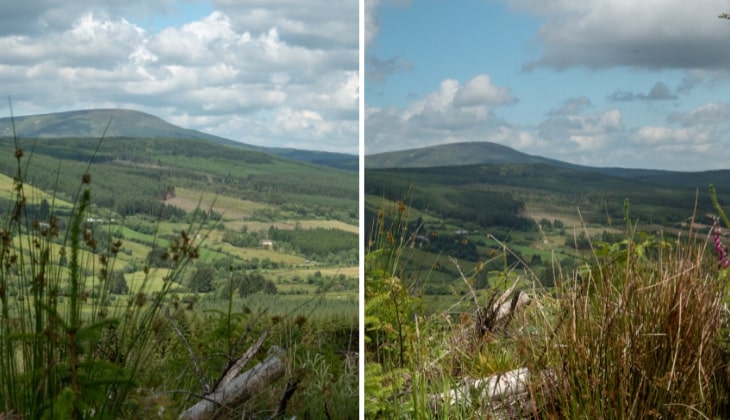 Glenstal Woods is a stone’s throw from the Abbey and it’s a fine place for a ramble. One of the main trails here takes around 4 hours to conquer, though, so come prepared. 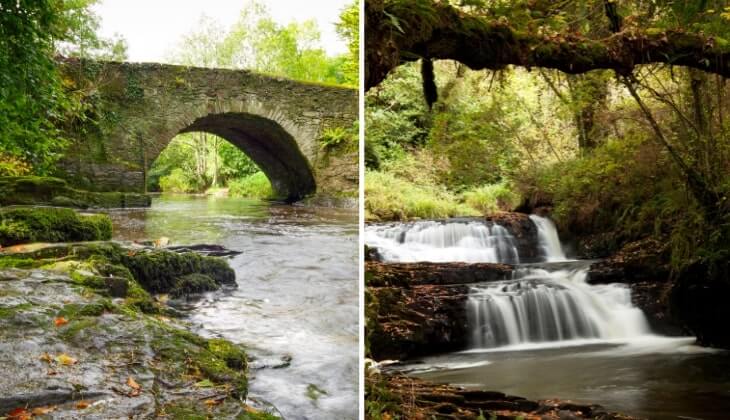 The Clare Glens Loop is arguably one of the best walks in Limerick. There are several picturesque waterfalls and two main walks; the 2 km (1.2 miles) Nature Loop and the 4 km (2.5 miles) Glen Loop. 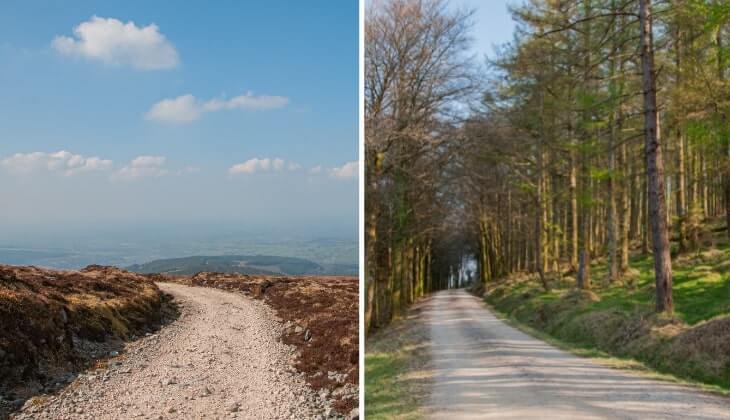 The Keeper Hill boasts 3,300 hectares of woodlands with, mostly, non-native conifers. It’s a great place for a long, tough hike and the views are outstanding.

Limerick City is home to attractions like King John’s Castle, the Milk Market, St Mary’s Cathedral and much, much more. There’s some great pubs and restaurants in Limerick, too!

We’ve had a lot of questions over the years asking about everything from ‘Is it worth visiting?’ to ‘When is it open?’.

Is Glenstal Abbey worth visiting?

Yes. The Abbey itself is beautiful and it boasts a nice bit of history. The grounds offer extensive place to head off on a ramble.

Is Glenstal Abbey open to public?

Visitors can drop by the Monastery reception at 10:30 for tea/coffee and homemade scones. There’s also community masses at 12:10 during the week and at 10:00 on Sundays.