St Mary’s Cathedral in Limerick truly is a sight to behold.

And, although it tends to be left out of many guides on things to do in Limerick, it’s well worth visiting.

St Mary’s also has a fine bit of history attached to it and some unique features (yes, I’m talking about the marks from the cannonballs that hit it during late 17th-century). 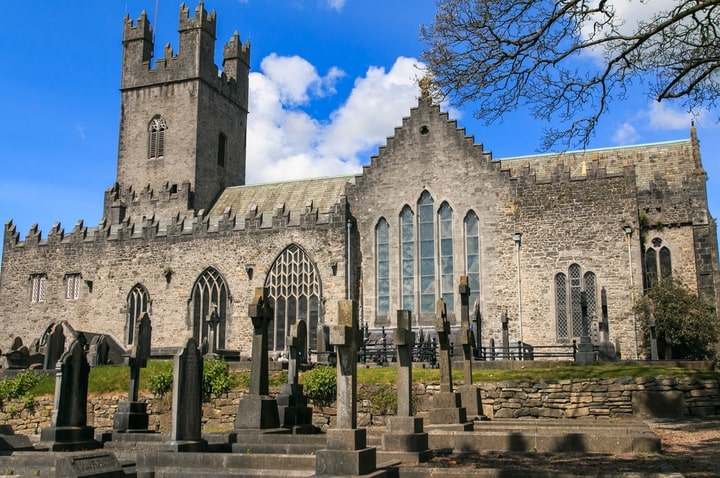 Although a visit to St Mary’s is fairly straightforward, there are a few need-to-knows that’ll make your visit that bit more enjoyable.

St Mary’s Cathedral is located in the centre of Limerick City, on Bridge Street. This church is situated between the River Shannon and the River Abbey and it was built where the palace of the King of Munster, Donal Mór O’ Brien, once stood.

Entry to St Mary’s Cathedral will cost you €5 for adults and €3 for students. Children aged 0 to 10 go free. You can either buy your tickets online or upon arrival. 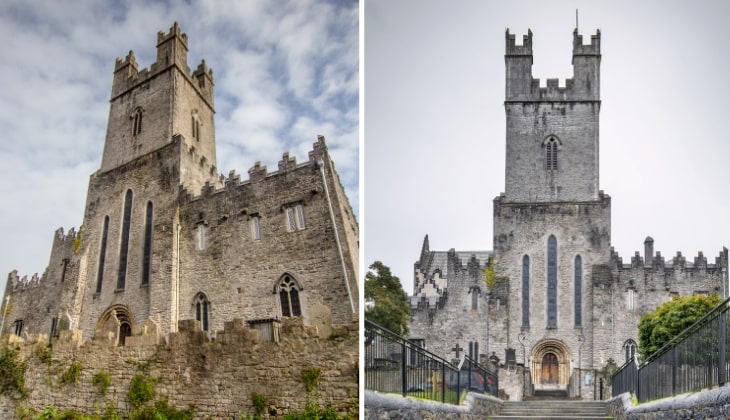 The impressive St Mary’s Cathedral in Limerick is more than 850 years old and it was founded in 1168.

This is the oldest building in Limerick that still maintains its original function and, throughout its long history, it has witnessed battles, famines, sieges and invasions.

The last King of Munster, Domnall Mór Ua Briain, ordered the construction of St Mary’s Cathedral in 1168, on King’s Island, the same location where the Royal Palace of the Kings of Thomond once stood.

It’s believed that sections of the palace were used during the building of St Mary’s. In particular, the impressive great west door of the cathedral is believed to be the original entrance to the palace.

The massive tower was not present in the original architecture and it was only added later on in the 14th-century. The bell tower is 36.5 metres (120 feet) in height and contains a total of 8 bells.

6 of these bells were cast by John Taylor and Co. the world’s largest working bell foundry which has been in operation since the 14th century.

Fast forward to more recent years and the cathedral continues on as a place of worship in Limerick City.

It’s also, at the time of typing, the 5th most popular of the many things to do in Limerick on Tripadvisor.

Things to look out for at St Mary’s Cathedral

There are plenty of things to look out for at St Mary’s Cathedral – both inside the building and out.

It’s worth taking 30 seconds to scan the below as some of the features are hidden in plain sight.

1. The Original Altar and The Chapels

In the Lady Chapel, you’ll find the original altar that was removed when the Cromwellian forces turned St Mary’s Cathedral into a stable.

This spectacular altar was recovered and reintroduced to the church in the 1960s.

If you look closely at them, you’ll notice a thin lip – this lip gave priests the ability to rest without actually looking like they were (this was during a time when priests couldn’t sit during ceremonies).

Keep an eye out for carvings of everything from mythological creatures to wild boars.

St Mary’s Cathedral boasts some stunning stained glass windows. Some are memorials which were dedicated to benefactors of the cathedral.

Others tell stories from the bible. If you enter on a fine day, the light shining through gives the place an almost otherworldly feel.

4. The Nave, the Roof and the Roof-High Monk’s Walk

The main aisle of St Mary’s Cathedral is still characterised by the original 12th-century arcade arches. If you look at the top of the arches, you’ll see the Monk’s Walk which was built in the 12th century.

You may also notice that the interior roof is built from wood. This wood comes from gorgeous Cratloe oak and was sourced from forests in Clare.

You’ll find this wood in the roofs of Westminster Hall in London and the Amsterdam Royal Palace.

5. The Cannon Balls and the West Door

During your visit, make sure to pay particular attention to the great Romanesque west door. This elaborately carved door was, in fact, part of the Royal Palace that once stood on this land.

One of the more unique features are the cannonballs. These have been here since 1691 when St Mary’s was badly damaged during the Williamite Siege of Limerick.

Things to do near St Mary’s Cathedral in Limerick

One of the beauties of the cathedral is that it’s a short spin away from many of the best places to visit in Limerick.

Below, you’ll find a handful of things to see and do a stone’s throw from St Mary’s (plus places to eat and where to grab a post-adventure pint!).

King John’s Castle is located in the heart of Limerick on Nicholas Street. This building dates back to the late 12th-century and is a joy to explore. 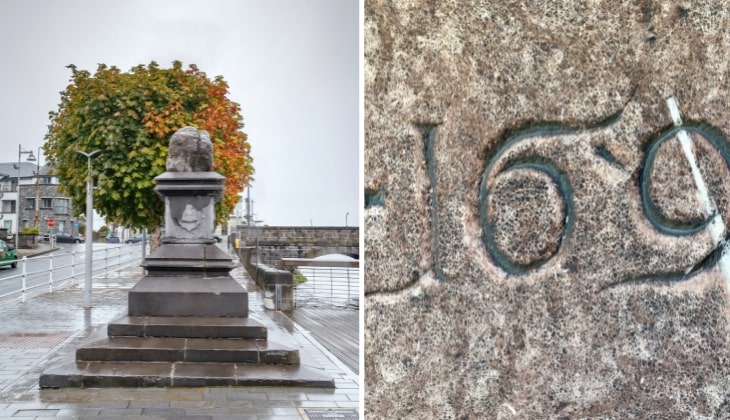 The Treaty Stone is a historical landmark situated on the bank of the River Shannon next to Thomond Bridge. The Treaty of Limerick was signed on this stone in 1691 which put an end to the Williamite-Jacobite War. 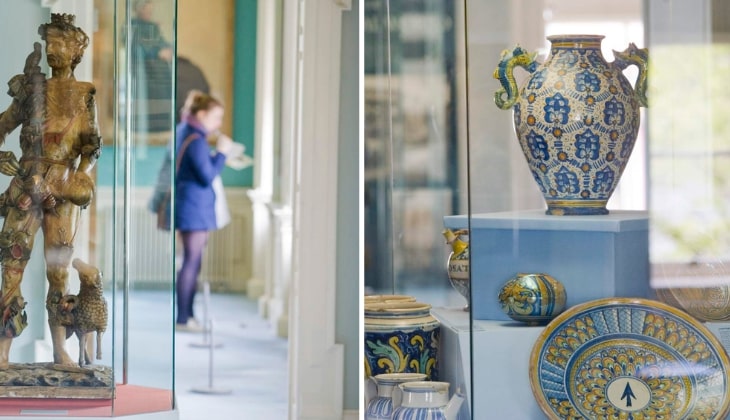 The Hunt Museum is located on Rutland Street and houses a collection of medieval artefacts, ancient precious jewellery and paintings from famous modern artists such as Van Gogh and Gauguin. 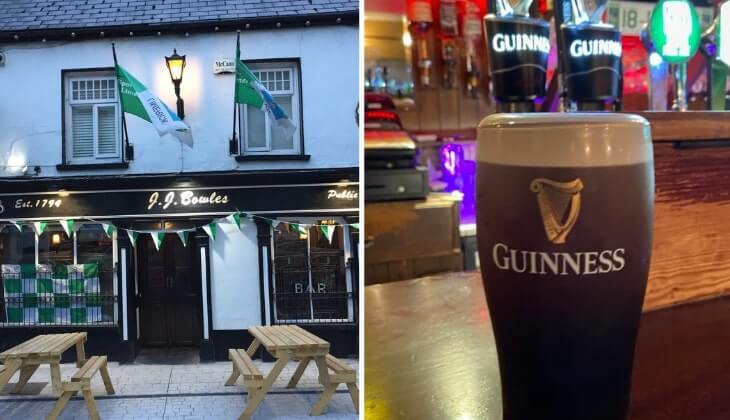 Photos via JJ Bowles on FB

If you fancy a bite, there’s some gorgeous restaurants in Limerick. There’s some great pubs in Limerick, too. There’s also the Milk Market, the People’s Park, Thomond Park and much, much more.

We’ve had a lot of questions over the years asking about everything from ‘Is it free to visit?’ to ‘What is there to see?’.

Do you have to pay into St Mary’s Cathedral?

Tourists are required to pay €5 for adults and €3 for students which helps maintain this breath-taking structure.

What is there to see at St Mary’s?

There’s the original alter, the chapels, the Misericords, the stained glass windows, the cannonballs and plenty of incredible architecture.