The brilliant Marlay Park is one of the most popular parks in Dublin for good reason.

This is a great spot for a stroll (the Marlay Park Loop!) or to just kick back on the grass (or in the Formal Walled Garden) on a sunny day.

There’s a decent bit of parking and you can start your visit, if you fancy, with a coffee from the nearby Wicklow Way Cafe.

In the guide below, you’ll find everything from the history of Marlay Park to what to do when you get there.

Some quick need-to-knows about Marlay Park 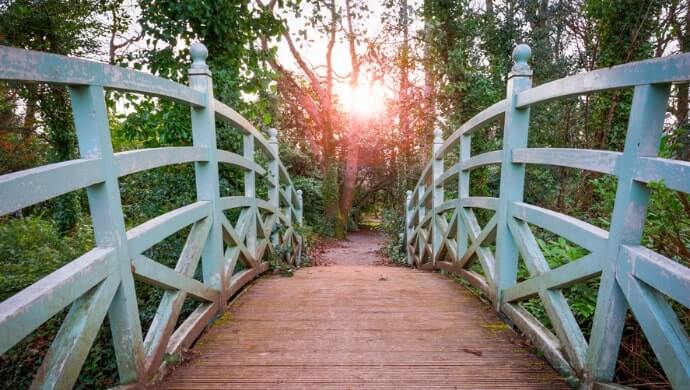 Although a visit to Marlay Park in Dublin is fairly straightforward, there are a few need-to-knows that’ll make your visit that bit more enjoyable.

Marlay Park is an extensive regional park and recreation area in Rathfarnham, 10km south of Dublin city centre. It’s also a handy 10-minute drive from Ticknock and a 15-minute drive from both Cruagh Woods and Tibradden.

Opening times vary seasonally at Marlay Park but generally it is open daily from 9am to dusk:

There are several car parks at the main entrances to Marlay Park. The main car park is off Grange Road here. College Road Car Park is on the south side of Marlay Park near Wicklow Way Cafe here.

4. Starting point for the Wicklow Way

Marlay Park is the starting point for the long distance Wicklow Way. The 129km trail runs through the southern suburbs of Dublin, crossing the Wicklow Mountains and ending in the village of Clonegal, Co. Carlow.

Marlay Park was once part of the Marlay demesne, dating back to the 18th century. The first property was called The Grange, built by Thomas Taylor on 12 hectares. In 1764, the property was bought by David La Touche, first governor of the Bank of Ireland.

His wife Elizabeth was the daughter of Bishop George Marlay and La Touche renamed the property Marlay House after her. He extended the buildings and bought adjoining land in the late 18th century.

The Georgian mansion and estate had several owners including Philip Love, a horse breeder. His horse Larkspur won the Epsom Derby in 1962. When he died in 1972, the land was donated to Dublin County Council.

Marlay Park was developed over the next three years and opened in 1975 as a regional park. It now hosts the Longitude Festival, concerts and events.

Things to see and do at Marlay Park

One of the reasons that a visit to Marlay Park is one of the more popular day trips from Dublin is due to the volume of things there are to do here.

Below, you’ll find info on everything from the Marlay Park Loop and the formal walled garden to Marlay Demesne and more.

If you’re not up for the Wicklow Way Walk, the Marlay Park Loop Walk is 4km long and suitable for all fitness levels. Starting from the College Road car park, it’s a circular walk with 88m total elevation.

It includes walking by a river, woodland and enjoying birds and nature. You’ll get beautiful views of the mountains on this pleasant stroll.

Make sure you follow the signs as there are several footpaths leading off the main park loop. It takes about an hour to complete at a steady amble.

Marlay Park was originally a demesne or estate managed by the owner or “lord of the manor”. It dates back to the early 18th century.

In 1764, the original house and 12 acres were bought by David La Touche, first governor of the Bank of Ireland. He re-named it after his wife, Elizabeth La Touche née Marlay.

The family extended the estate to 158 acres by purchasing surrounding land as it became available. They also rebuilt the house and outbuildings, creating a grand estate which was the foundation of this green suburban park. 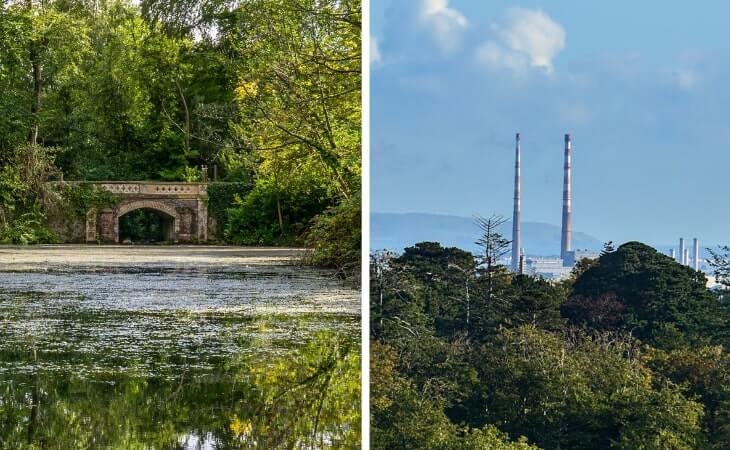 The original house had a large walled garden added in 1794. These included kitchen gardens, providing produce for the owners, and ornamental gardens. The restored gardens now have an extensive display of period plants and colourful herbaceous borders.

The Regency kitchen garden is planted with heirloom species of fruit trees and vegetables. Daily guided tours of the gardens are available during the summer, or by private appointment.

Today, Marlay House is an imposing country mansion with a Georgian facade. Inside it has retained many of its fine features including noteworthy plasterwork by Michael Stapleton.

Marlay House was built by David La Touche in the late 18th century. It was sold in 1864 to Robert Tedcastle, a Dublin ship owner and coal merchant. He named one of his ships ‘Marlay’ after the estate. Unfortunately the ship sank off Howth in 1902 with the loss of 15 lives.

Philip Love was one of Ireland’s largest tomato producers. His hobby was breeding racehorses and his horse Larkspur won the 1962 Epsom Derby. When Philip died, the estate passed to Dublin County Council and it became this beautiful public park.

Things to do near Marlay Park

One of the beauties of Marlay Park is that it’s a short spin away from some of the best things to do in Dublin.

Below, you’ll find a handful of things to see and do a stone’s throw from Marlay Park (plus places to eat and where to grab a post-adventure pint!). 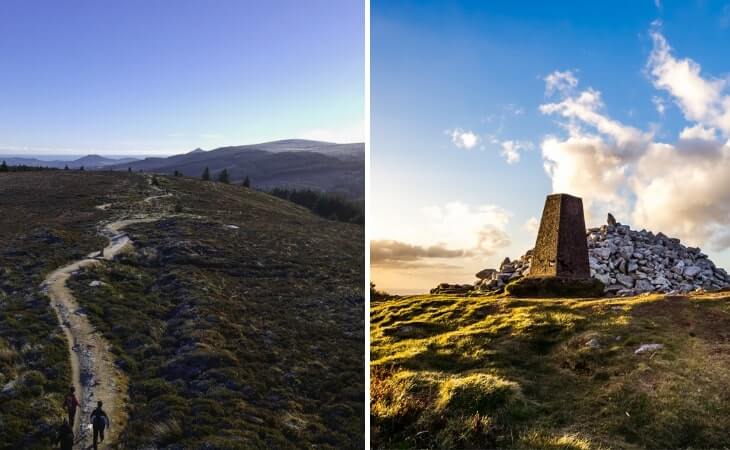 You’ll find Ticknock just 3km southeast of Marlay Park. And it’s here that you can tackle the Fairy Castle Loop. This is one of the more popular walks in Dublin and the views you’re treated to are mighty. Here’s a guide to follow.

There are several more suburban parks in this area south of Dublin. Bushy Park (10-minute drive), Tymon Park (15-minutes drive) and more, as you’ll discover in our guide to the best parks in Dublin. 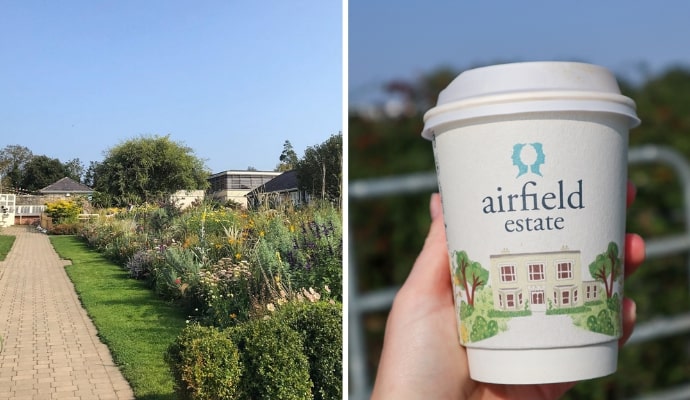 Airfield Estate is midway between the city and Marlay Park. Open daily, it includes a farm (help collect the eggs and watch the cows at milking time!) Take a guided tour of historic Airfield House and enjoy the 6-acre organic gardens.

We’ve had a lot of questions over the years asking about everything from ‘What river flows through Marlay Park?’ (the Little Dargle) to ‘When did Marlay Park open?’ (1975).

What is there to do in Marlay Park?

You can head off on the Marlay Park Loop, visit Marlay House, grab a coffee from the Wicklow Way Cafe and/or saunter around the formal walled garden.

Where do you park at Marlay Park?

In the guide above, you’ll find links to the two main car parks on Google Maps. You shouldn’t have much hassle getting parking, unless it’s a sunny weekend day.

Can you cycle around MArleyark, we are 2 elderly cyclist from Co. Meath. Or is there any other cycling in the area?