If you’re looking for fun facts about St. Patrick’s Day, you’ll find some weird and wonderful ones below.

Now, while some of the various St. Patrick’s Day facts are well known others, like the fact he isn’t from Ireland, tend to surprise many.

Oh… and he didn’t really drive the snakes out of Ireland, but more about that below! 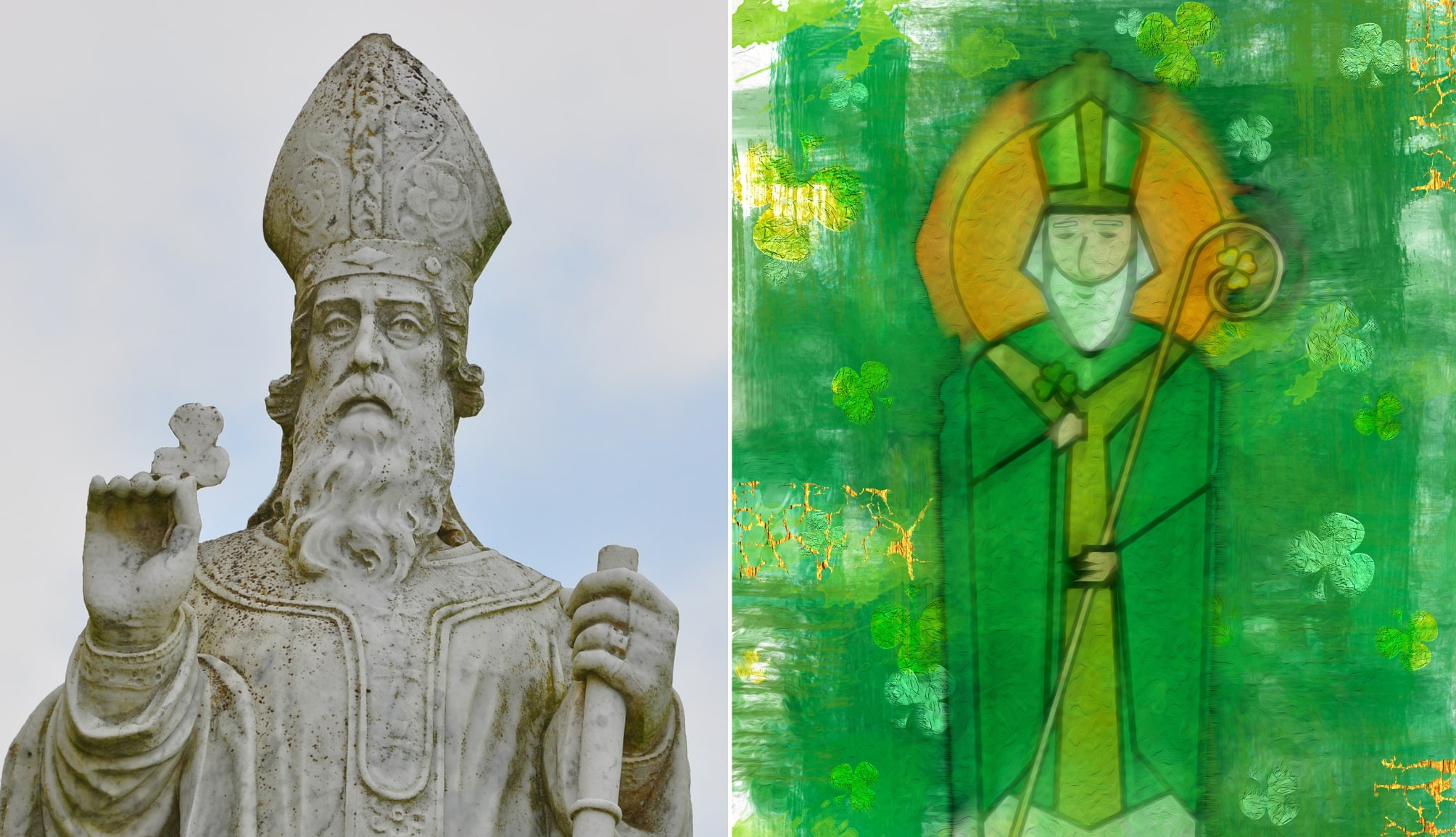 Below, you’ll discover tales about pirates, snakes and the original colour associated with St. Patrick (it wasn’t green!).

If you’re not familiar with the story of St. Patrick, you may not be aware that he is not in fact Irish. St. Patrick is British. It’s believed that he was born in either Wales or Scotland. This is arguably the most frequently misbelieved of the many facts about St. Patrick.

St. Patrick was born in Roman-Britain (Britain was under Roman rule for 350 years) circa 386 A.D. He didn’t arrive in Ireland until 433.

This is another of the lesser known St. Patrick facts that I had never really heard. St. Patrick was abducted at the age of 16 and brought to Northern Ireland as a slave. He was forced to tend to sheep for 6 years in the mountains.

5. His remains are believed to be at Down Cathedral

It’s believed that the remains of St. Patrick are buried at Down Cathedral in County Down.  This magnificent Cathedral is a Church of Ireland cathedral and it’s found on the site of a Benedictine Monastery.

One of the more surprising St. Patrick’s Day facts revolves around his name. So, apparently ‘Patrick’ is a name that he picked up along the way at some point. St. Patrick’s real name was ‘Maewyn Succat’. The best of luck pronouncing that!

For as far back as I can remember, I was told that St. Patrick banished the snakes from Ireland. However, there were never snakes in Ireland…

It’s believed that the St. Patrick snakes link is all about symbolism. In Judeo-Christian tradition, snakes are the symbol of evil.

It’s said that St. Patrick banishing the snakes from Ireland represents his fight to bring the word of God to Ireland.

8. He escaped Ireland by boat

According to St. Patrick’s Confession (a book that is said to have been written by St. Patrick), God told Patrick to flee his captures and make his way to the coast where a boat would be waiting to take him back home.

9. A dream led him back to Ireland

After escaping his captures in Ireland, St. Patrick returned to Roman-Britain. It’s said that one night had a dream that the people of Ireland were calling him back to tell them about God.

After having the dream that called him back to Ireland, he was worried. He felt unprepared for the task ahead.

St. Patrick decided that he must follow his studies first, to better equip himself for the task ahead.

He travelled to France where he trained in a monastery. It wasn’t for 12 years after the dream that he returned to Ireland.

St. Patrick is often associated with the shamrock. It’s said that, upon returning to Ireland, he used the three-leafed plant as a metaphor for the Hold Trinity. It is now one of the more notable symbols of Ireland, along with the Celtic Cross. 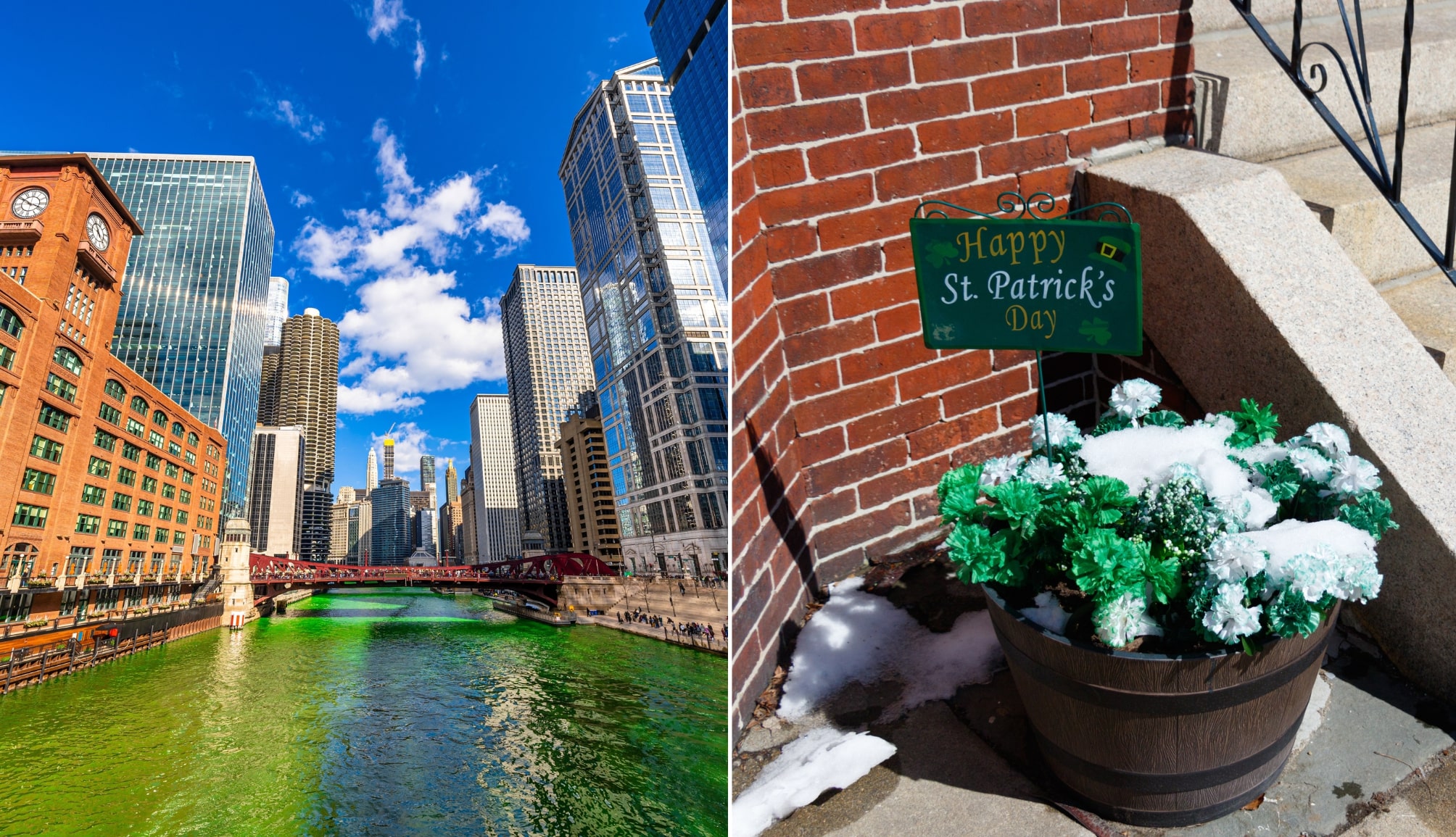 The next section of our fun St. Patrick’s Day facts focuses on the day itself – March 17th.

St. Patrick’s Day is held on March 17th as this is the day that St. Patrick died. On March 17th we celebrate his life along with Irish culture.

The very first St. Patrick’s Day in Ireland was held in County Waterford in 1903.

St. Patrick’s Day is a bank holiday in Ireland. This means that many people have the day off, as it’s a national holiday. Schools, government offices and many private workplaces close for business on March 17th.

Interestingly enough, the first colour to be associated with St. Patrick wasn’t green – it was blue. I can’t image people legging it about the place with blue face paint on!

6. The largest parade in the world

This is one of the few St. Patrick’s Day facts that I did know..! The largest St. Patrick’s Day parade in the world takes place in New York City. The parade attracts a staggering two million+ people every year.

What was the original color of St. Patricks Day?

This is one of the more interesting facts about St. Patrick. Although blue was the color that was originally associated with Ireland’s Patron Saint, green was always associated with the day itself.

One of the most surprising facts about St. Patrick is that he didn’t banish snakes from Ireland. It’s believed that the ‘snakes’ symbolised his fight to bring Christianity to Ireland.

I had heard most of the facts before - all the history stuff. The date of the Boston Parade was new, but unsurprising - and yes, New York was always on the radar. 'The sidewalks of New York are thick with blarney/ For sure you'd think New York was old Killarney'...…(It's a great Day for the Irish, song).