There are plenty of things to do in Youghal, regardless of when you visit.

This magical seaside town is also the most easterly of the many towns in Cork and, for some strange reason, it often gets missed by those visiting the Rebel County.

While it’s name and location is elusive to many, this hidden gem in the Ancient East has been a popular tourist spot since the mid 19th century.

In the guide below, you’ll discover heaps of things to do in Youghal, from incredible walks and historic landmarks and to plenty to see and do nearby.

Our favourite things to do in Youghal 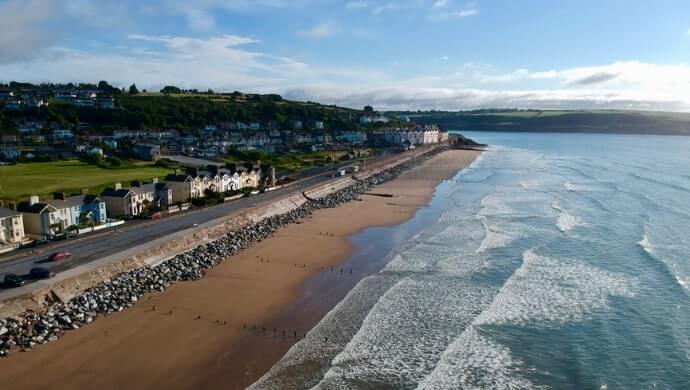 The first section of our guide tackles our favourite things to do in Youghal, from coffee from Priory to rambles along Youghal Beach.

1. Kick start your visit with something tasty from Priory Coffee Co. 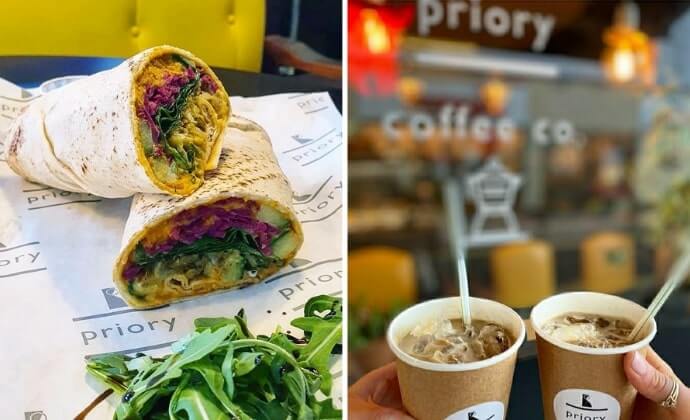 This little cafe is a must for coffee fans visiting Youghal. There is a wide selection of gourmet toasties on offer, from smoked chicken to goat’s cheese to veggie ploughmans. The wraps here are ideal for the health-conscious like the smashed avocado with feta and peppers.

Aside from tasty toasties and wraps, there are pastries, cakes and many other treats. You have your breakfast and brunch classics here too like eggs Benedict however brunch is only until 12pm.

Related read: Check out our guide to the best restaurants in Youghal (from fancy feeds to cheap and tasty eats)

2. The ramble down to the Youghal Clock Gate Tower 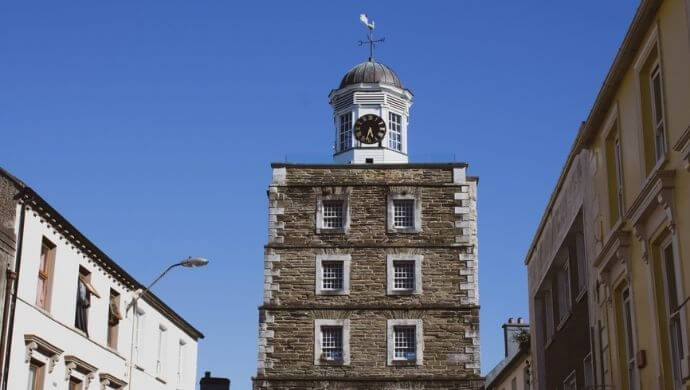 A visit to the Clock Gate Tower is arguably one of the most popular things to do in Youghal and you’ll find it in the centre of the town.

Standing at 24 metres in hight, this historic landmark boasts a rich history that dates back over 700 years, and you can learn all about it on the tour.

The tour offers a unique sensory experience in the Merchants Quarters where you can smell spices and see smooth silks. You can also see the gaol cell and catch panoramic views from the top of the tower.

3. Gulp down a lungful of sea air with a walk on Youghal Beach

Youghal is home to some of the best beaches in Cork. The great thing about Youghal is that there are actually 4 beaches. Claycastle and Redbarn beach actually join together creating a 3 mile stretch.

This is great spot for a ramble and there are lots of spots for a picnic or to kick back with a coffee. Public car park and toilet facilities are conveniently onsite too.

Front Strand Beach and Claycastle Blue Flag beach are also both within walking distance of the town centre.

4. Step back in time at The Raleigh Quarter 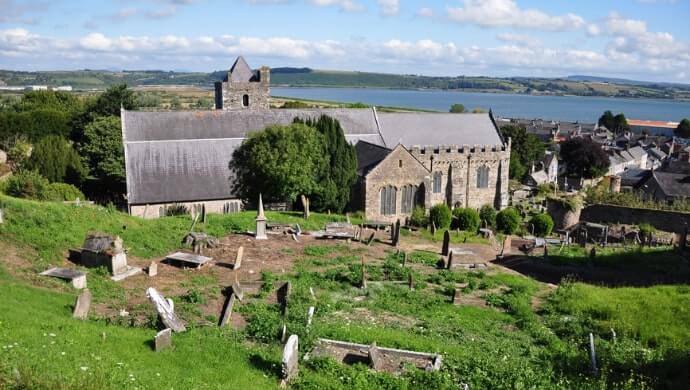 Situated in Youghal’s historic centre is Youghal’s Raleigh Quarter. This hidden gem was restored over many years and gives visitors a powerful insight into the town’s turbulent past.

You can take a tour of St Mary’s Collegiate Church, either self-guided with audio or with a tour guide/storyteller. You can also visit the interactive interpretive centre, where you can see the timeline from 1,220 to present day.

If you head to the 13th century town walls, you can get some panoramic views of the town and there is an ancient graveyard trail to explore. Or you can just relax in the medieval gardens.

5. Take a cruise along the beautiful Blackwater River

There is no better way to enjoy the Blackwater river than by climbing aboard a boat and sailing down it. “Maeve Og” is a 28ft half-decker fishing boat that also operates as a tour boat.

You can start the voyage from Youghal jetty which is opposite the Youghal Visitor Centre and then head north up the river, past Rhicrew and then towards the old bridge.

You will also get a glimpse of the castle runs of Templemichael before reaching an unspoiled area full of natural beauty.

If you’re looking for unique things to do in Youghal, you can’t go wrong with a river cruise. The whole tour lasts around 90 minutes though the boat can be chartered for longer trips.

Things to do in Youghal when it’s lashing down 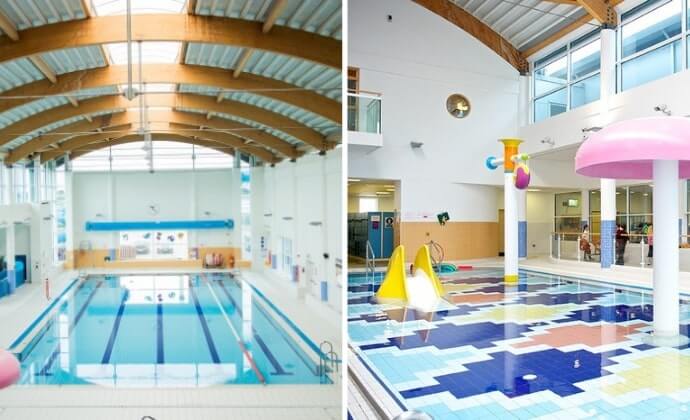 The next section of our guide is packed with things to do in Youghal when it’s lashing down. Below, you’ll find everything from the Funfair to the cinema and much more. 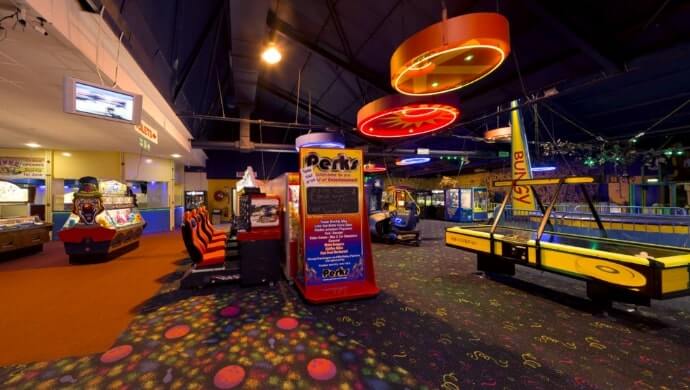 If you’re in search of things to do in Youghal with kids, look no further than this place. Interestingly enough, the 70,000 sq ft Perks Funfair is one of the biggest of its kind in Ireland.

There is a large selection of games, rides, attractions on offer along with what’s called a ‘showboat casino’… no, I don’t know what that is either. 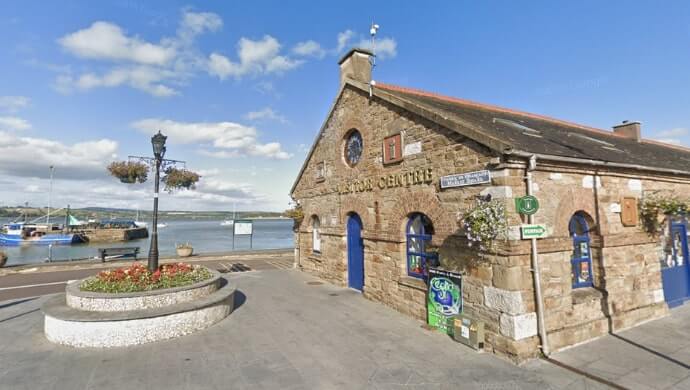 Situated within the Tourist Officer in the old Market House and overlooking the Youghal quay and jetty is the heritage centre.

You can find a whole range of exhibits rich in history, from the artefacts to the detailed illustrations to 3d models and more.

Visitors can discover how this little seaside town was shaped by prominent figures throughout its history while also getting a glimpse at what life was like many years ago.

Another great reason to visit is that it’s free! It’s also open all year round and the staff are more than happy to help you with any questions you might have.

3. Catch a movie at The Regal Cinema 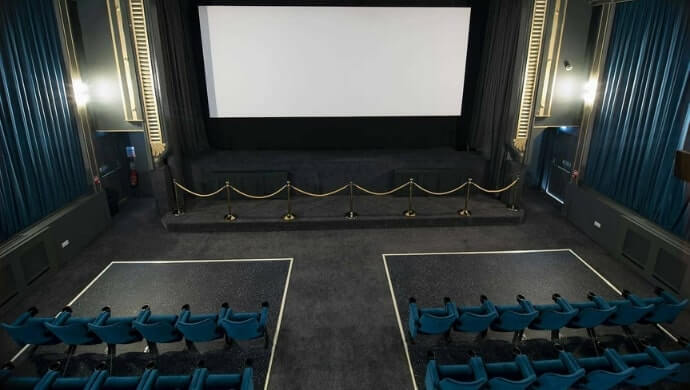 Ok so you can go to the cinema just about anywhere but what about Irelands oldest cinema? Built sometime in 1936, this stunning cinema reopened back in the summer of 2018 after a year-long renovation.

There are 2 screens which show the latest Hollywood blockbusters and the old classics as well. Movies are projected on high definition 4k digital technology.

The cinema comes with a luxurious mezzanine level in screen 1, occasionally used as a private space for events. Film fanatics can also enjoy a glass of wine upstairs in the new Regal Wine Bar & Cafe.

If the weather calls for a day indoors but you still want to get your feet wet, then the Aura Leisure Centre is your best bet.

The leisure centre comes with state of the art facilities and an extensive selection of exercise equipment if you fancy a workout. The indoor aerobics studio offers a diverse range of classes like pilates, indoor cycling and boxercise.

The 25 metre swimming pool is the real draw here. If yo’re not a member, don’t stress as you can pay as you go.

Things to do near Youghal 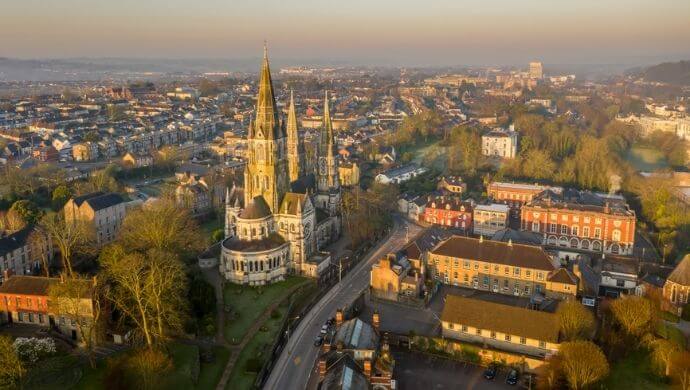 So, while there are plenty of things to do in Youghal, there are 5 times as many places to visit nearby, which make Youghal a great base to explore from.

Below, you’ll find heaps of things to do near Youghal, from cliff walks and historic sites to hikes, Cork City and much more. 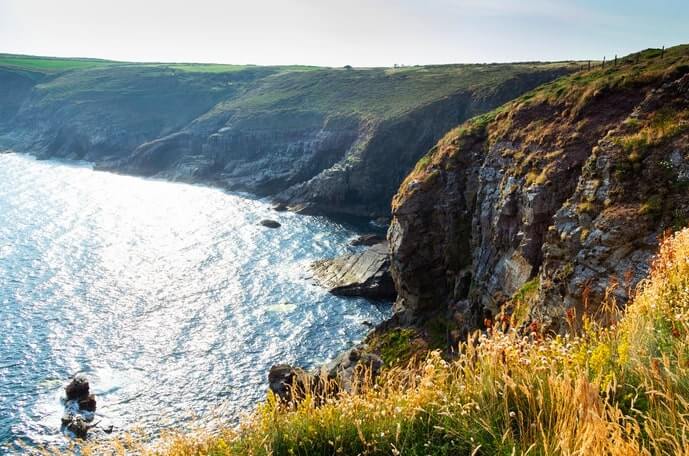 This 4km walk will take you on a journey through stunning seascapes, panoramic views, ancient battle sites, legends and the chance to spot some local wildlife too.

The Ardmore Cliff Walk takes roughly 1 hour to complete and it’s signposted with yellow arrows on a brown background.

Start from the village of Ardmore, head up past the Cliff House Hotel and then you go around Ardmore head and Ram head.

You will find an amazing cliff-top paths and the laneways of the Early Christian St Declan’s Well. You will also pass a shipwreck known as Sampson, which was destroyed during a heavy storm in 1988. Have a ramble along Ardmore Beach when you’re done.

2. The Ballycotton Cliff Walk (33-mins away) 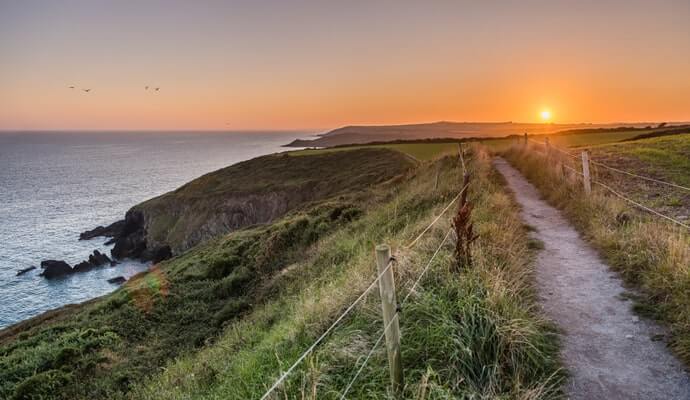 Next up is the brilliant Ballycotton Cliff Walk, which starts in Ballycotton and ends in Ballyandreen (or the other way round).

The walk stretches for 3.5 km each way and much of the trail is flanked by meadows. You’ll will come across a small beach, and a plethora of coastal scenery.

This walk should be doable for people with moderate fitness levels, however, you can also just do a portion of it if you don’t fancy giving the full trail a crack.

No trip to Ireland’s Ancient East would be complete without a wee trip to Cork City. Cork is a great city for exploring and it’s compact and very walkable.

You could easily conquer many of the best things to do in Cork City in just one day. The City is well-known for food (drop into the English Market) and its lively pubs. 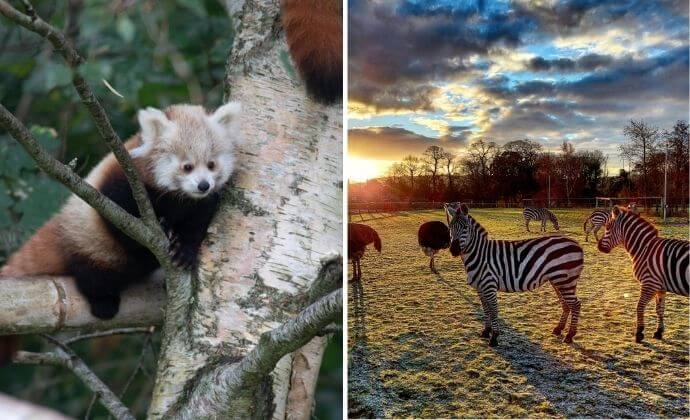 Located on 100 acres at Fota Island, Fota Island Wildlife Park brings in around 440,000 visitors a year. It’s also the second biggest visitor attraction in Ireland outside of Leinster.

There are all kinds of animals here and you can observe them in habitats replicated like the ones that they would live in in the wild. There’s also plenty of things to do in Cobh when you finish.

FAQs about the best things to do in Youghal

We’ve had a lot of questions over the years asking about everything from active things to do in Youghal to where to visit nearby.

What are the best things to do in Youghal?

Head for a ramble along Youghal Beach, visit the Raleigh Quarter and see the often-missed Youghal Clock Gate Tower.

Where is there to visit close to Youghal?

There’s an endless number of things to see and do near Youghal, from cliff walks and scenic hikes to Cork City and much more (see above).