If you’re looking for walks in Wexford, Vinegar Hill in Enniscorthy is well worth tackling.

Even if you’re not interested in the areas past (this was the site for the The Battle of Vinegar Hill), the views from the top make it worth the trip alone.

In the guide below, you’ll discover everything you need to know about the Vinegar Hill walk to an insight into the area’s history. 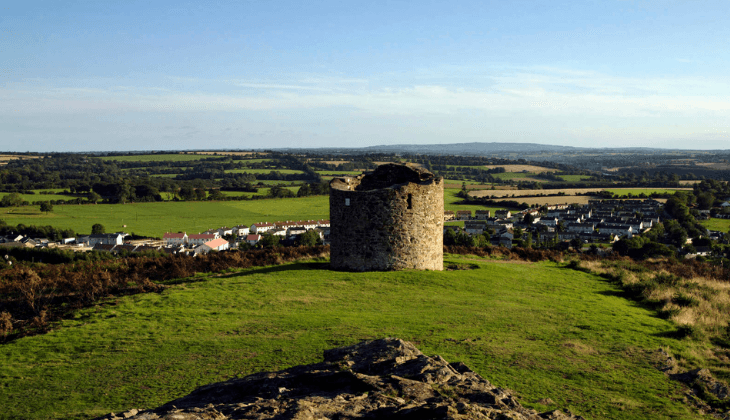 Although a visit to the Vinegar Hill battlefield is fairly straightforward, there are a few need-to-knows that’ll make your visit that bit more enjoyable.

There’s a handy little car park at the base of the hill (here on Google Maps) with room for around 25 cars. It’s a short walk from here to the top.

If you’re in Enniscorthy Town, you can follow a path from the 1798 Rebellion Centre (or anywhere in the town, really) that takes you right to the top of Vinegar Hill (note: you don’t walk to the car park – see map below). It’s around 2km each way and should take you 1 hour max.

When you reach the top, make sure to take a moment to admire your surroundings. From here, you’ll be treated to views of the River Slaney and Enniscorthy Town.

A brief overview of the Battle of Vinegar Hill 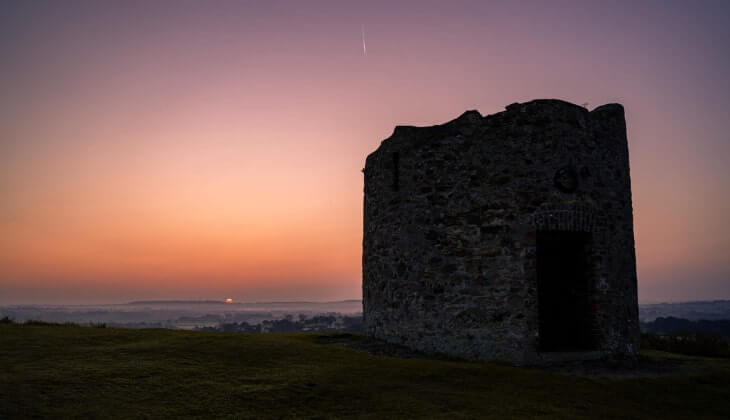 The Battle of Vinegar Hill was a key moment in the Rebellion of 1798. If you’re not familiar with this rebellion, it was organised by the Society of United Irishmen (republicans) who were opposing British rule in Ireland.

The Battle of Vinegar Hill took place on the 21st of June, 1798 and it was one of the more notable conflicts during this rebellion.

A 13,000-strong group of soldiers from the British army attacked Vinegar Hill as it was the headquarters of the Wexford United Irishmen. Now, the conflict didn’t just happen on the hill – it also took place in the town of Enniscorthy.

The next day, on June 18th, it was reported that around 18,000 British soldiers were stationed around County Wexford, waiting to attack. Although there were around 16,000 Irish troops situated at Vinegar Hill, they were poorly armed.

In fact, the main weapon they had on hand was a pike (like a long spear).

The Battle of Vinegar Hill kicked off early in the morning when the British bombarded the hill with artillery fire. As they were out-armed, the Wexford United Irishmen were forced into exposed areas and they suffered heavy losses.

The British advanced on Vinegar Hill and the Irish were forced to retreat. Here’s where things turned sinister. British troops were reported to have violently assaulted women from the town. They also burned injured Irishmen alive. 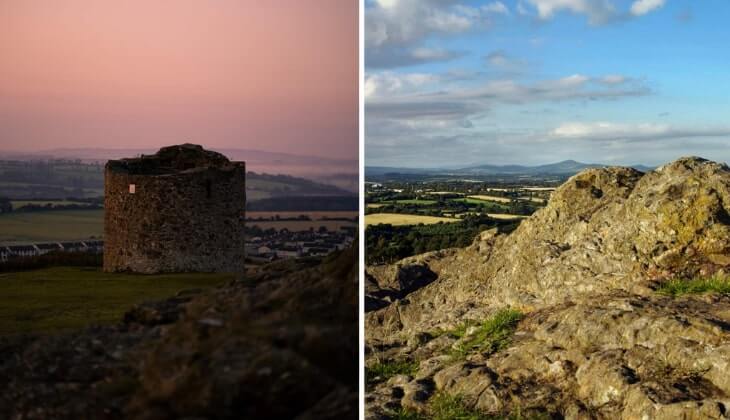 Now that you’re up-to-speed on the Battle of Vinegar Hill, it’s time to give you an insight into the walk, which is well worth doing.

I’d recommend that you park up in Enniscorthy Town, grab a bite-to-eat and then aim for this laneway here. If you walk towards the car park point on Google Maps it’ll bring you along a narrow road with no path (avoid this route).

The walk should take you around 1 hour in total and it stretches for roughly 2km each way. The reward is a glorious view out over the town and across the surrounding countryside.

Things to do near Vinegar Hill

The Hill is a short walk away from plenty of other things to do in Enniscorthy and it’s a short drive from many of the best places to visit in Wexford.

Below, you’ll find a handful of things to see and do a stone’s throw from Vinegar Hill (plus places to eat and where to grab a post-adventure pint!). 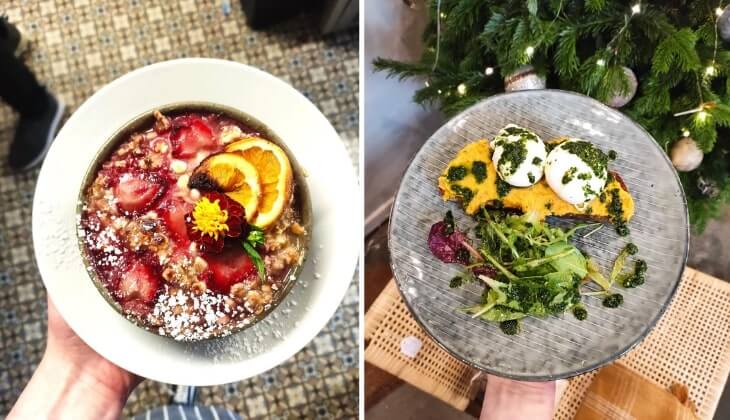 Photos via The Wilds on FB

There’s some excellent restaurants in Enniscorthy. If you like Italian, try out Alba Restaurant or enjoy a delicious brunch at The Wilds. Also, if you’d like to stay in the town, see our Enniscorthy hotels guide – there’s some great accommodation here.

If you want to learn more about the 1798 Rebellion, head towards the 1798 Rebellion Centre, in Parnell Road. This centre features a 4D battle of the Vinegar Hill experience and here you will discover which weapons were used during the battle and how they were operated. 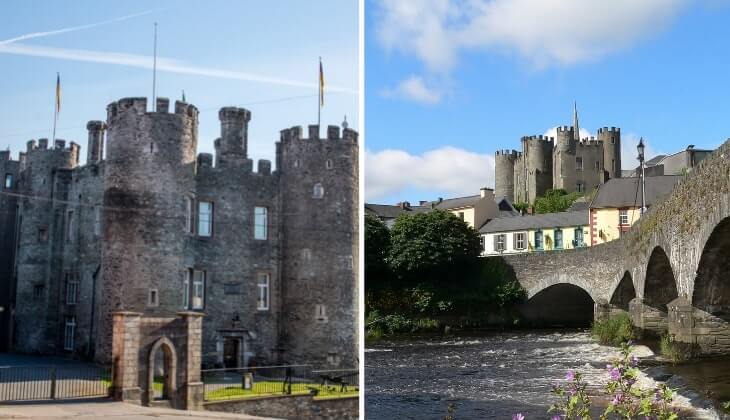 Another main attraction in the area is Enniscorthy Castle situated on the bank of the River Slaney. This structure dates back to the 13th century and has been home to Irish rebels, Normans knights, English armies and even local merchant families. 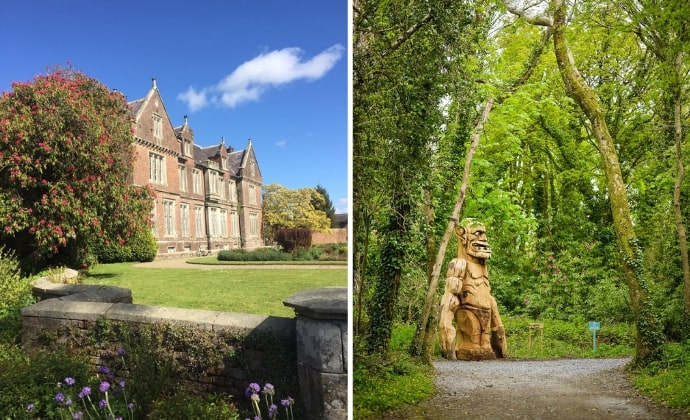 Situated in Ballyedmond, at Wells House & Gardens you will be able to take a tour of an ancient Victorian house dating back to the 17th century. This is the perfect place to visit with kids as here you will also find an animal farm, woodlands walks and even an adventure playground.

FAQs about Vinegar Hill in Wexford

We’ve had a lot of questions over the years asking about everything from ‘Is it worth seeing?’ to ‘What’s the story with parking?’.

Is Vinegar Hill worth visiting?

Yes! The views from the top of the hill are glorious and it’s a lovely spot to visit after you’ve had food in the town.

What happened at Vinegar Hill in 1798?

The Battle of Vinegar Hill took place between British troops and Irish rebels. The British committed heinous acts in Enniscorthy (see above).