So, if you’ve ever wanted to see brown bears in Ireland, along with a whole host of other very unique animals, now’s your chance.

Wild Ireland, a newly opened animal sanctuary on the Inishowen Peninsula, has given refuge to a number of animals that have been extinct in Ireland for centuries.

Visitors to the sanctuary can expect to find everything from bears and wolves to otters, wild boar and more.

In the guide below, you’ll find out everything you need to know if you fancy visiting, including tour info and how the animals ended up in this picturesque corner of Donegal.

Some quick need-to-knows before visiting Wild Ireland in Donegal 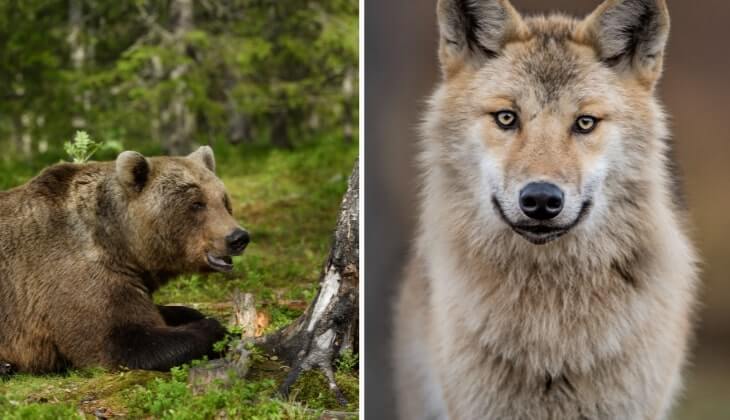 Although a visit to Wild Ireland in Donegal is pretty straightforward, there’s a handful of need-to-knows that’ll make your visit all the more enjoyable.

The opening hours for Wild Ireland are ticket dependant, but they appear to be open from around 10:00 to 15:15 (times may change). Please note that tickets must be booked in advance – there’s no walk ins.

Addmission to Wild Ireland is pretty reasonable which is why it’s one of the more popular things to do in Donegal for families. It’s €12 per adult and €10 per child (note: under 2’s go free, so there’s no need to book them a ticket).

4. How long a visit takes

Each session at Wild Ireland lasts 3 hours. There are keeper talks that take place every 15 minutes (you can also wander around on your own if you don’t want to attend the talks). 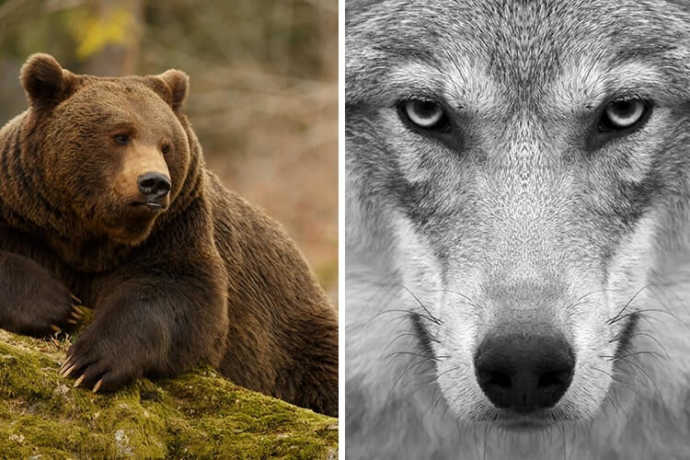 You’ll find Wild Ireland set inside an ancient forest in Burnfoot. At its heart, this is a sanctuary for animals, many of which have been hunted into extinction or that have been exploited in circuses and roadside zoos.

When you visit Wild Ireland, you’ll step back in time and witness animals that have been extinct in Ireland for centuries.

This is an educational experience that offers an insight into the plight of animals in the wild and the hurt and neglect that many experience at the hand of mankind.

It also immerses you in the incredible work that Wild Ireland do in their effort to inspire a brand new generation of conservationists.

There’s some fascinating animals at Wild Ireland that make a visit to the sanctuary both exciting and educational.

Visitors here will get to see brown bears, wolves, lynx, monkeys and more. Here’s what to expect:

Are there bears in Ireland? There are in Donegal! Wild Ireland is home to brown bears – the largest land carnivores in Europe. There’s 3 bears here, and they’re siblings, as it happens, that were rescued from a museum in Lithuania.

Wild boar were once found right the way across Ireland and were a staple in the diets of many Irish people. Their extinction from Ireland was likely due to overhunting and the destruction of their habitat. You’ll find several to admire at Wild Ireland.

Next up is the lynx – a big aul cat that once used to roam around Ireland. It’s believe that there was once many of these animals roaming around the Irish countryside and they have now returned to Ireland after thousands of years.

Yep, you can now can see wolves in Ireland, too! Many years ago wolves were a common feature in the wild in Ireland before it was driven to extinction. These, along with the brown bears, are the most fascinating animals here.

You’ll find Barbary Macaques, a large primate native to the Atlas Mountains in North Africa, at Wild Ireland. Interestingly enough, Barbary Macaque remains have been found in Ireland, some of which date over 2,500 years old.

Wolves and brown bears in Ireland: A brief history 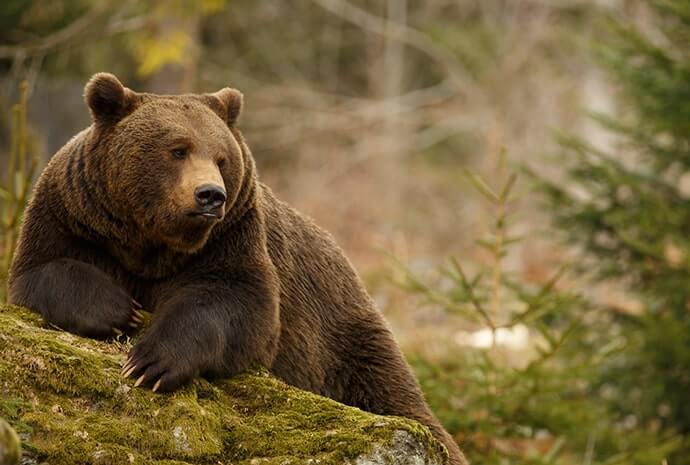 If you’re worried about how the different animals at Wild Ireland in Donegal came to arrive there, don’t be.

Many of the animals that call Wild Ireland ‘home’ were rescued from poor and cramped conditions across the world.

The three brown bears (a male and two females) were rescued from Lithuania where they were kept in a concrete cell.

The sanctuary worked with charities Bears in Mind and Natuurhulpcentrum to offer them a new home in Ireland.

Wild Ireland’s resident monkeys were rescued from a circus while the wolves and other animals on-site all have a similar and too familiar story.

When I was browsing the Wild Ireland website I came across the story behind the last wolf in Ireland for the first time.

Now, if you’re not familiar with Oliver Cromwell, he was an Englishman that left a wave of destruction across Ireland. If you’re unaware of his crimes in Ireland, I urge you to read more about him.

Interestingly enough, the Irish wolf was one of the many deaths that Cromwell was responsible for in Ireland.

Cromwell made an order on the 27th of April 1652 to prevent the export of the Irish Wolfhound from Ireland, as they were becoming scarce while wolves were becoming too common.

As a result, a bounty was placed on the head of the Wolf. The last wolf in Ireland is said to have been killed in 1786, near Mount Leinster in Carlow.

Things to see and do near Wild Ireland in Donegal 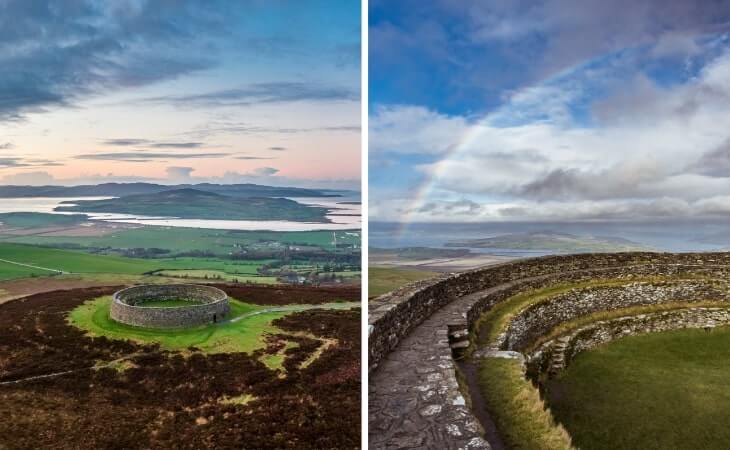 One of the beauties of Wild Ireland is that it’s a short spin away from many of the best places to visit in Donegal.

Below, you’ll find a handful of things to see and do a stone’s throw from Wild Ireland!

Grianan of Aileach is located at the top of a hill on the Inishowen Peninsula. The views from here on a clear day are absolutely incredible. 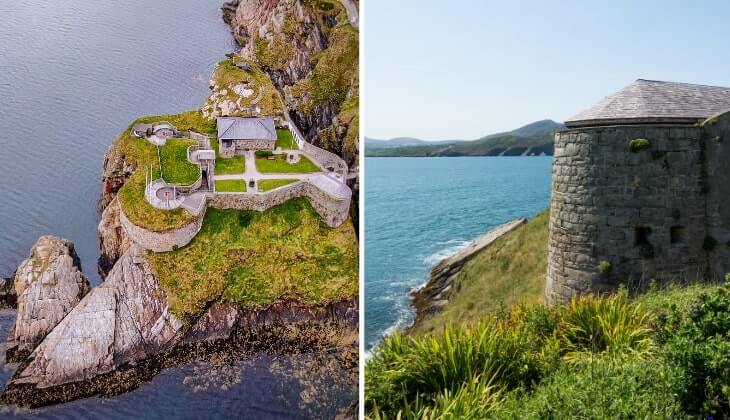 Part of the Inishowen 100 scenic drive, the brilliant Dunree Fort is nestled right at the side of a towering cliff. You can take the tour or you can visit and soak up the views. 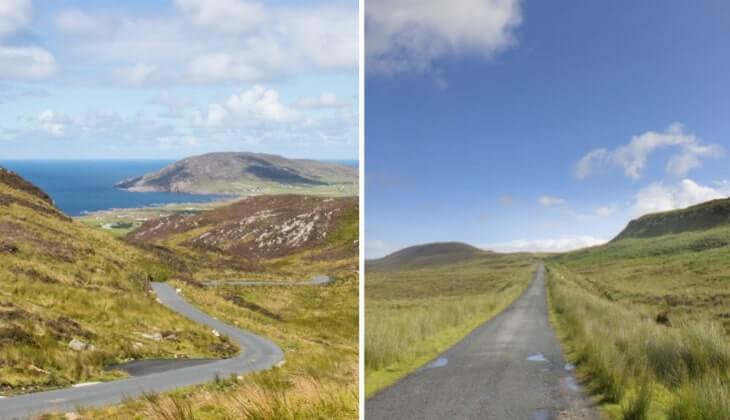 You’ll find few roads in Ireland as steep (or as scenic!) as the one that leads up to Mamore Gap. This is part of the Inishowen 100 and it’s very rough if you’re on a bike.

The mighty Malin Head is Ireland’s most northerly point. There are several trails to tackle here and there’s a handful of historic points of interest to have a nosey at.

We’ve had a lot of questions over the years asking about everything from ‘How much is it?’ to ‘Where do you get tickets?’.

Where can you see wolves in Ireland?

You’ll find wolves and brown bears in Ireland in many zoos. You’ll also find them here in the brilliant Wild Ireland sanctuary.

Is Wild Ireland worth visiting?

Yes. This is an immersive educational experience run by people that want to offer mistreated animals a safe space to call home. It’s well worth visiting.

I have been trying to find the actual ADDRESS for Wild Ireland. Number of the building, name of the road, ect;. enabling my to enter on my sat-nav. I was hoping to visit in May.