Since publishing a guide to the finest Irish whiskey brands in 2022, we’ve had many messages asking about the best cheap Irish whiskey.

Like most drinks of whiskey’s complexity, the best bottles can get expensive pretty quickly. But you don’t need the budget of a king to enjoy a good Irish whiskey.

Cheap doesn’t always mean bad. In fact, the cheap Irish whiskey brands below each pack a fine punch, with something that’ll appeal to most tastebuds. Dive on in!

The best cheap Irish whiskey under €30 per bottle 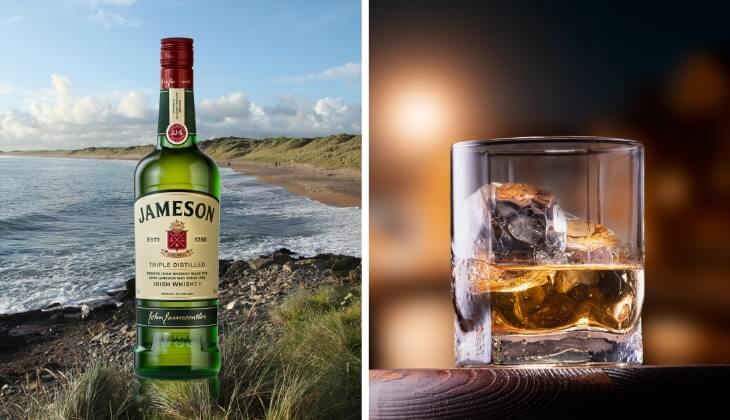 The first section of our guide looks at the best budget Irish whiskey brands, with each bottle coming in under €30.

Just keep in mind that prices may vary depending on where you’re based. However, they’ll give you a good sense of what you can expect to pay. 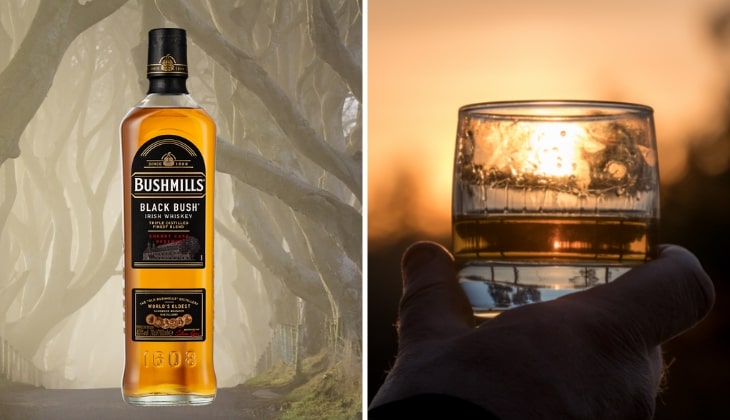 On the wild north coast of Ireland, the Bushmills Distillery has stood proud for over 400 years. Established in 1608, it claims to be the oldest licensed distillery in the world. With water sourced from the River Bush and named after the mills that made the Barley, Bushmills is an Irish whiskey icon.

A blend with a significantly greater proportion of malt whiskey than Bushmills Original, Bushmills Black Bush features a lot of sherried malt in its recipe, alongside classically caramel-y grain whiskey aged in casks previously used for Spanish Oloroso sherry.

Retailing at around €25.95, you can enjoy this neat or use its sweetness as part of a cocktail. Black Bush is a good cheap Irish whiskey that’ll stands proud in many whiskey collections.

Established in 1757, Kilbeggan claims to be Ireland’s oldest licensed distillery and, after battling through a painful closure in 1953, it was revived by locals 30 years later who’ve kept it going ever since.

Based in Kilbeggan in County Westmeath, their double-distilled blended whiskey features a good body with honeyed sweetness and malt while the finish is short with oaked dryness. It’s a fine complement to a Coke or a soda, though we’d recommend drinking it neat to truly understand its nuances.

Usually sold at around €27.50, it represents cracking value and is well worth a try if you’re on a budget. This is another handy option if you’re in search of the best value Irish whiskey.

It’s also widely available, and that accessibility means you should be able to pick up a bottle for around €27.95. So pour yourself a glass and enjoy Jameson’s good body with notes of orchard fruits, both fresh and cooked with a little vanilla cream.

The finish is medium-length with spice and honey, all in all making it a fine Irish whiskey for under €30.

Related read: See our guide to the best Jameson cocktails to check out some tasty recipes you can make with this one. 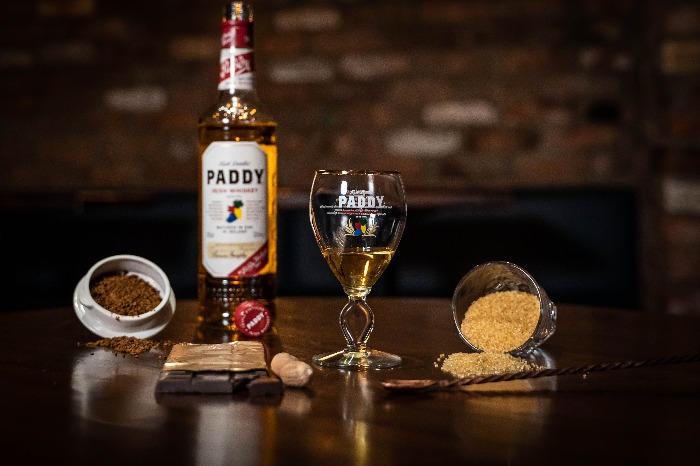 Notable for its use of all three styles of Irish whiskey (single pot still, single malt and grain), Paddy is a famous old triple distilled blended whiskey produced in Cork.

Dating all the way back to 1779, it was originally called ‘Cork Distilleries Company Old Irish Whiskey’ but that all changed with the arrival of Paddy Flaherty. Renamed in his honour, he was a gregarious travelling salesman for the distillery who made sure that everyone who crossed his path tried a glass!

With a sweet palate and a spicy finish, this easy-drinking blend should be available at around €27.95 per bottle. This is another of the best budget Irish whiskey brands and it goes incredible well as part of an Irish coffee recipe.

The best budget Irish whiskey under €40 per bottle 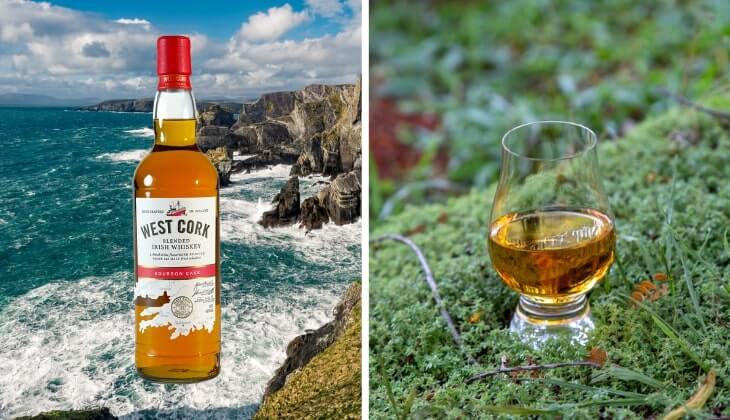 The second section of our guide looks at the best cheap Irish whiskey brands, with each bottle coming in under €40.

Again, please keep in mind that prices may change. However, they’ll give you a good sense of what you can expect to pay. 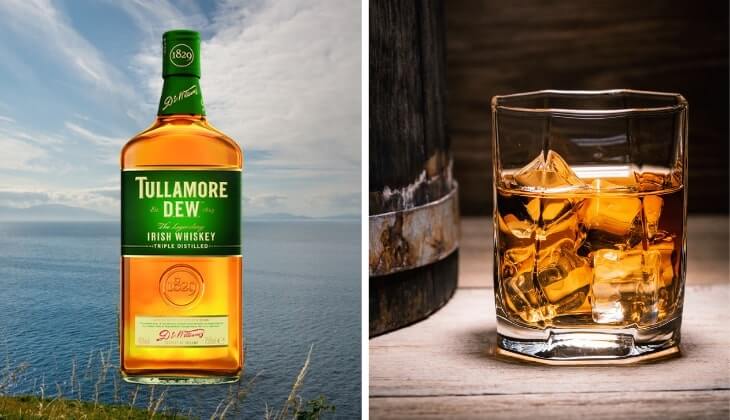 That popularity makes it pretty accessible for those new to whiskey and the triple blend is known for its smooth and gentle complexity. Expect a good body with notes of sherried peels, honey, grains and vanilla cream with a caramel and toffee finish.

Tullamore is typically at the lower end of the under €40 spectrum and can be picked up for around €31.95. If you read our guide to the best Irish whiskey to drink straight, you’ll know we’re a fan of this one! 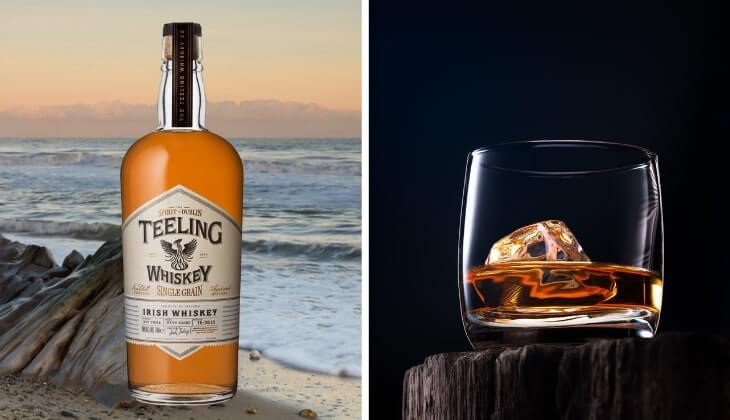 The first new distillery in Dublin for 125 years, the Teeling Whiskey Distillery is only a stone’s throw from where the original family distillery stood. Located in the heart of the Golden Triangle, Dublin’s historic distilling district, Teeling opened in 2015 and is part of the area’s vibrant whiskey revival.

Retailing at around €35.00, check out their wonderfully full-flavoured Small Batch Irish whiskey. Made with a blend of malt and grain whiskeys and initially aged in the ex-bourbon barrels, Small Batch is given extra character by then being moved to mature in ex-rum barrels!

Bottled at 46% proof, this one is well worth a try. This is one of the best budget Irish whiskey brands to gift – the bottle is stunning and the story behind the brand is sure to pique the interest of both those familiar and unfamiliar with the brand. 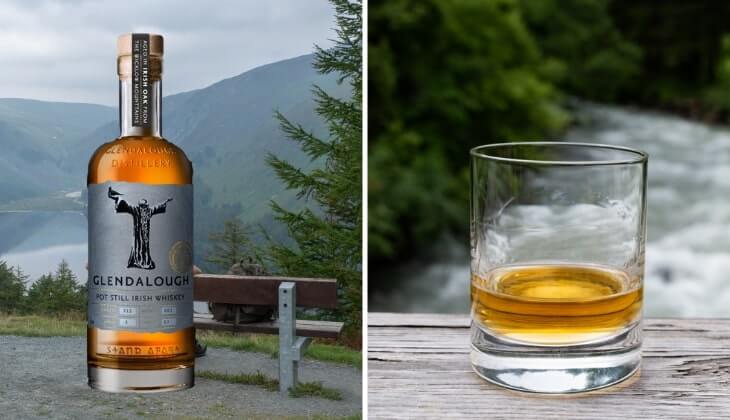 With its distillery located deep in a narrow glacial valley in the Wicklow Mountains, you know Glendalough will be producing the freshest of whiskies! And their Double Barrel Irish whiskey is not only fresh and smooth, it retails at the superb price of around €35.00.

Initially matured in American Bourbon barrels before enjoying a finishing period of six months in Spanish Oloroso Sherry casks, it’s bottled at 42% ABV and brought down to this strength by the Wicklow mountain water.

The Bourbon barrels give deep, robust chocolate and caramel notes, while the Oloroso casks lighten the palate with fruitier notes and touches of nutty tones.

Related read: Check out our guide to 15 of the most delicious Irish whiskey cocktails (from sophisticated sips to funky mixes) 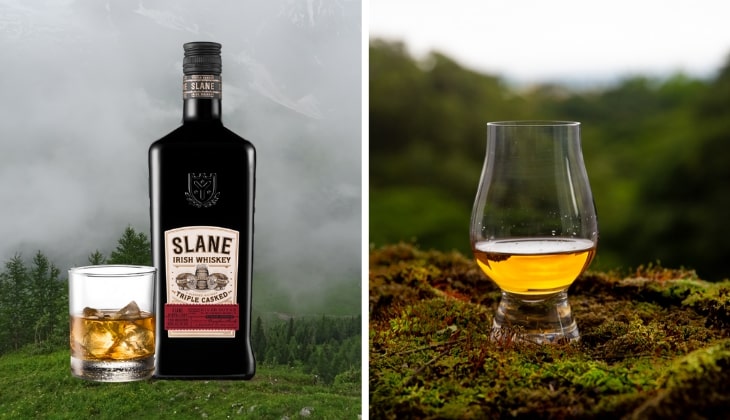 Often associated with epic gigs and huge crowds, Slane’s whiskey is big on taste too (although an enormous concert probably isn’t the best place to appreciate all its notes and nuances). The Boyne Valley’s clear water and lush soil provide a fine base for Slane’s triple casked whiskey.

Made using whiskeys drawn from virgin oak casks, seasoned casks (which previously contained Tennessee whiskey and bourbon) and Oloroso Sherry casks, there’s a ton of flavour in their whiskey and is well worth checking out.

Smooth, complex and robust, you should be able to pick up Slane Whiskey for around €33.00. If you’re in search of the best cheap Irish whiskey to try neat, Slane is worth a sip this weekend.

From a small distillery in Skibbereen, West Cork Irish Whiskey is now sold in over 70 countries but their unique Bog Oak Charred Cask whiskey is a cracking pick-up for under €40.

Matured in sherry casks and then finished in casks that have been charred using fuel sources taken from the Glengarriff Forest in West Cork, this a spicy and smoky Irish whiskey that’s truly superb value considering its unique process.

While it’s an excellent drop that’s available to pick up for around €38.95, an even better idea is to try to get down to Skibbereen itself and try it amid the wild beauty of West Cork.

The best value Irish whiskey: What have we missed?

I’ve no doubt that we’ve unintentionally left out some good cheap Irish whiskey brands from the guide above.

We’ve had a lot of questions over the years asking about everything from ‘What’s the best value Irish whiskey that’s still nice and tasty?’ to ‘Which is the cheapest?’.

What is the best cheap Irish whiskey?

What is the best budget Irish whiskey that packs a punch?

A good cheap Irish whiskey is the Teeling Small Batch. It comes in a beautiful bottle and has a tastebud tantalising flavour profile.

Jameson’s Black Barrel is definitely a step above Jameson and is my go to Irish whiskey. Shared with many friends and they all loved it. Well worth trying