Getting the boat to Dalkey Island (or a kayak – more on this below) is one of the more unique things to do in Dublin.


Lying just off the south Dublin coast near the villages of Dalkey and Killiney, the island is small and uninhabited but has an ancient history that’s full of stories.

And, with great views and a variety of wildlife too and some unique ways to reach it, there are plenty of reasons to check out this unique spot.

Below, you’ll find info on everything from the Dalkey Island Ferry to the kayak tour to what to see on the island.

Some quick need-to-knows about Dalkey Island

Although getting the boat to Dalkey Island is fairly straightforward, there are a few need-to-knows that’ll make your visit that bit more enjoyable.

Lying around 300 metres off the coastline just north of Killiney Beach, the 25 acre Dalkey Island is uninhabited though there’s evidence of human occupation dating back to the Neolithic period. It’s easily visible from the coast and sits around 16 km south of Dublin city centre.

2. Getting to the island

Obviously, your options are slightly limited when it comes to reaching a small uninhabited island! The best option is to simply take the boat to Dalkey Island, and there are a few different companies who’ll sort you out there. You can also reach the island by kayak as some rocky outcrops on the island are more accessible at low tide. More on this below.

3. Home to a whole lot of history

From the stone age to the Vikings to the Victorians, this small place has seen a surprising amount of activity! And there’s evidence of it scattered all about the island, so you can play a budding archeologist for a day if you so wish…

The story of Dalkey Island 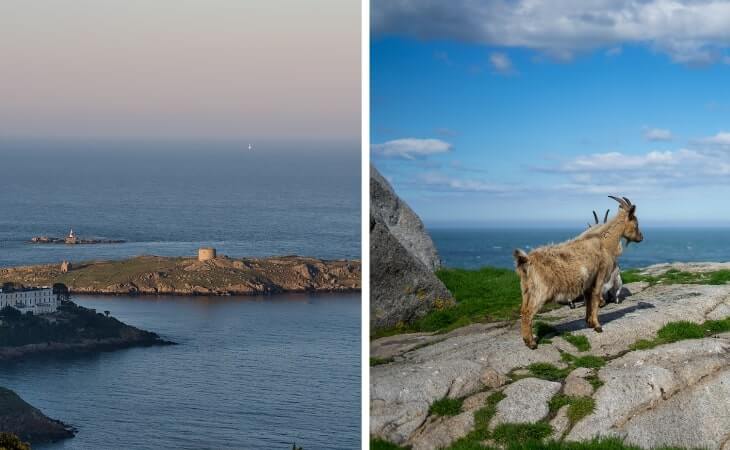 Before you even think about booking the Dalkey Island Ferry, it’s worth taking some time to understand the islands past.

Its past… and it’s rather unique inhabitants (see the photo above!). You’ll find a speedy insight into the islands history below!

With its Gaelic name of Deilginis meaning ‘Thorn Island’, Dalkey Island was home to some of the first Stone Age settlers on the east coast of Ireland and there is evidence it was inhabited around the 4th millennium BC (6,000 years ago) which is pretty wild to think about!

Some of the evidence of the activity from the Neolithic and Bronze Periods comes in the form of arrowheads, axes and pottery found during archaeological excavations, some of which can now be found in Dublin’s National Museum of Ireland.

The most obvious relic of the island’s Medieval period are the ruins of the 7th-century St Begnet’s Church. Crudely put together by stone and now missing its roof entirely, the small church is named after St Begnet who was a patron saint of Dalkey (and the reason for pilgrimage to the island).

Though sadly St Begnet’s succumbed to Henry VIII’s shameless raiding of the monasteries in the 16th century and lost anything of note that was worth anything.

With the threat of French invasion looming during the early 19th-century, a series of 8 Martello Towers were erected along the Dún Laoghaire coastline and one was placed on Dalkey Island that is still standing today 200 years later (and frankly looks space-age compared to St Begnet’s!).

In 1815, the Dalkey sound was surveyed as a possible site for an asylum harbour, but the engineers of the day decided that it wouldn’t be suitable. Thankfully, things are much happier these days and visitors can come and explore Dalkey Island’s long and eventful history.

How to get to Dalkey Island 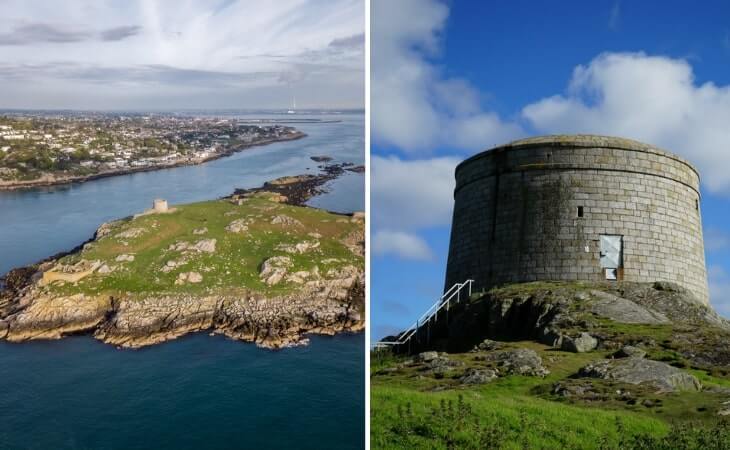 So, you can either get the boat to Dalkey Island or you can take the Dalkey Island Ferry, depending on what kind of excursion you fancy.

The Dalkey Island Ferry (there are several providers) is arguably the handiest option, but there’s also tours that take you kayaking around the island, too.

There are several different Dalkey Island Ferry providers, each of which varies a little in terms of price and what they offer (note: prices and times may change):

For those of you with a more active disposition, why not make the journey to the island via kayak? Kayaking.ie offer daily award-winning guided kayak tours in the Dalkey area and are suitable for anyone to try.

They’ll provide all the gear and equipment so all you need to do is learn the ropes and then you’ll be away and kayaking among the waves and seals! You can also go with the folks at Portobello Adventure.

Taking the boat to Dalkey Island is easy enough, but this is a unique way of getting there and I’d say it would be far more memorable too.

Things to do near Dalkey Island

One of the beauties of getting the Dalkey Island Ferry is that, when you finish up, you’re a short distance aways from lots to see and do.

Below, you’ll find a handful of things to see and do a stone’s throw from the island (plus places to eat and where to grab a post-adventure pint!). 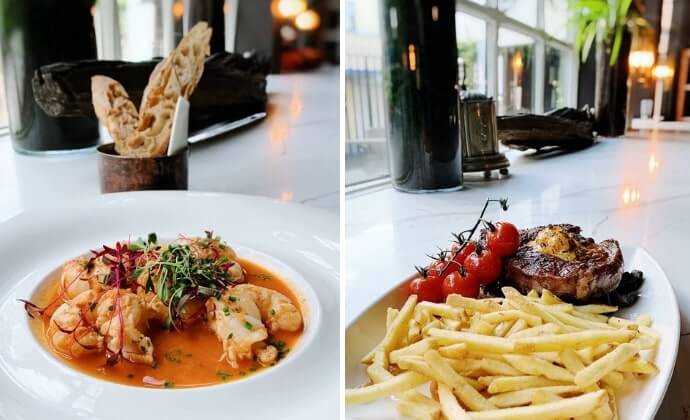 After the sparsity of the island, get yourself over to Castle Street where there are plenty of mouthwatering food joints to bring you back to the modern world with a bang! From classy French cuisine at DeVille’s to fiery Indian dishes at Jaipur, there’s a ton of excellent restaurants in Dalkey. 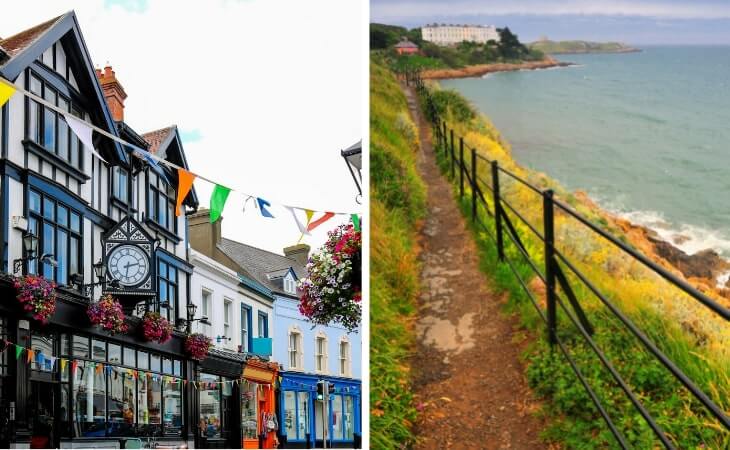 While the 600-year-old Dalkey Castle is a fascinating spot and impossible to miss during a visit, Dalkey’s real USP are the spectacular views from Sorrento Park. It’s less of a park and more of a small hill, but you won’t be thinking about trivial details like that when you’re taking in the savage views out to Dalkey Island and the Wicklow Mountains!

There’s a variety of cool things to do if you just take a short walk south into Killiney. From the stunning views from the Killiney Hill Walk down to its charming stony beach, you can see why some of Dublin’s most expensive houses are situated here! Also, definitely go for a dip in the quirky Vico Baths.

We’ve had a lot of questions over the years asking about everything from ‘Is Dalkey Island Private?’ to ‘Can you camp on Dalkey Island?’.

How do you get to Dalkey Island?

You can take a Dalkey Island ferry (there are several boat tours – see above) or you can join one of the kayak tours.

Is the Dalkey Island ferry worth getting?

Yes. The boat tours that take you in and around the island are a nice, unique activity and a great way to see the island and the surrounding coastline.

What are the best Dalkey Island tours?

If you’re in search of a bit of an adventure, take a kayak to Dalkey Island. There are a couple of tour guides doing this (see guide above).

Can you visit the island and explore on your own, or are visitors only allowed through one of the tours?