It’s easily our favourite out of the many beaches in Galway, anyway (and you’ll see why in a second!).

Below, you’ll find info about everything from the Dog’s Bay parking situation to what to see nearby! 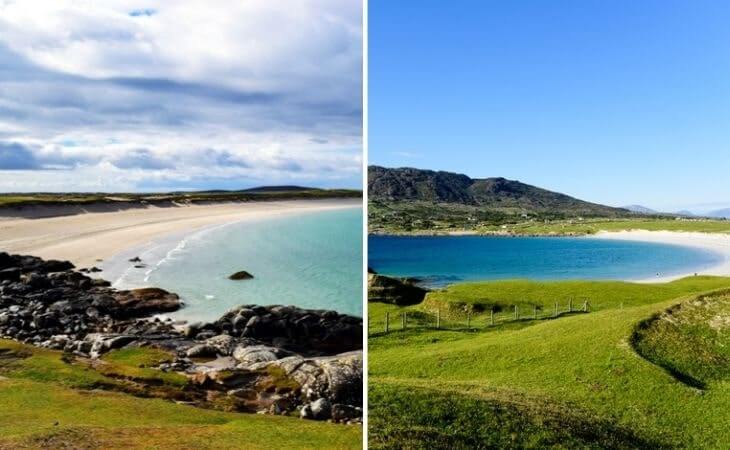 A visit to Dog’s Bay is one of the most popular of the many things to do in Connemara, but there’s a few ‘need-to-knows’ that’ll make your visit that bit easier.

You’ll find Dog’s Bay just outside of Roundstone Village (roughly a 7-minute drive away). It’s one of two beaches in Roundstone – the other being Gurteen Bay, which sits right next to it.

In autumn, winter and spring you should have no issue getting a space in the Dog’s Bay park area (here on Google Maps). However, as this is one of the more popular beaches in Connemara, it gets busy during summer, and the parking area is tiny. If you arrive and can’t get a spot, check for spaces at Gurteen Bay (here on Google Maps).

So, although it’s clear from photos online that many people enjoy swimming at Dog’s Bay, there’s no official information online to confirm it’s safe to do so. There’s no lifeguards and we’d recommend checking locally before entering the water here.

If you’re debating wild camping at Dog’s Bay, please keep in mind that extensive efforts to plant Marram Grass on the dunes separating Gurteen Beach and Dog’s Bay have taken place since 1991, so you need to be careful where you pitch and, as always, respect the wild camping code. Gurteen Bay Caravan and Camping Park, one of the best places to go camping in Galway, is located nearby.

About Dog’s Bay Beach in Roundstone 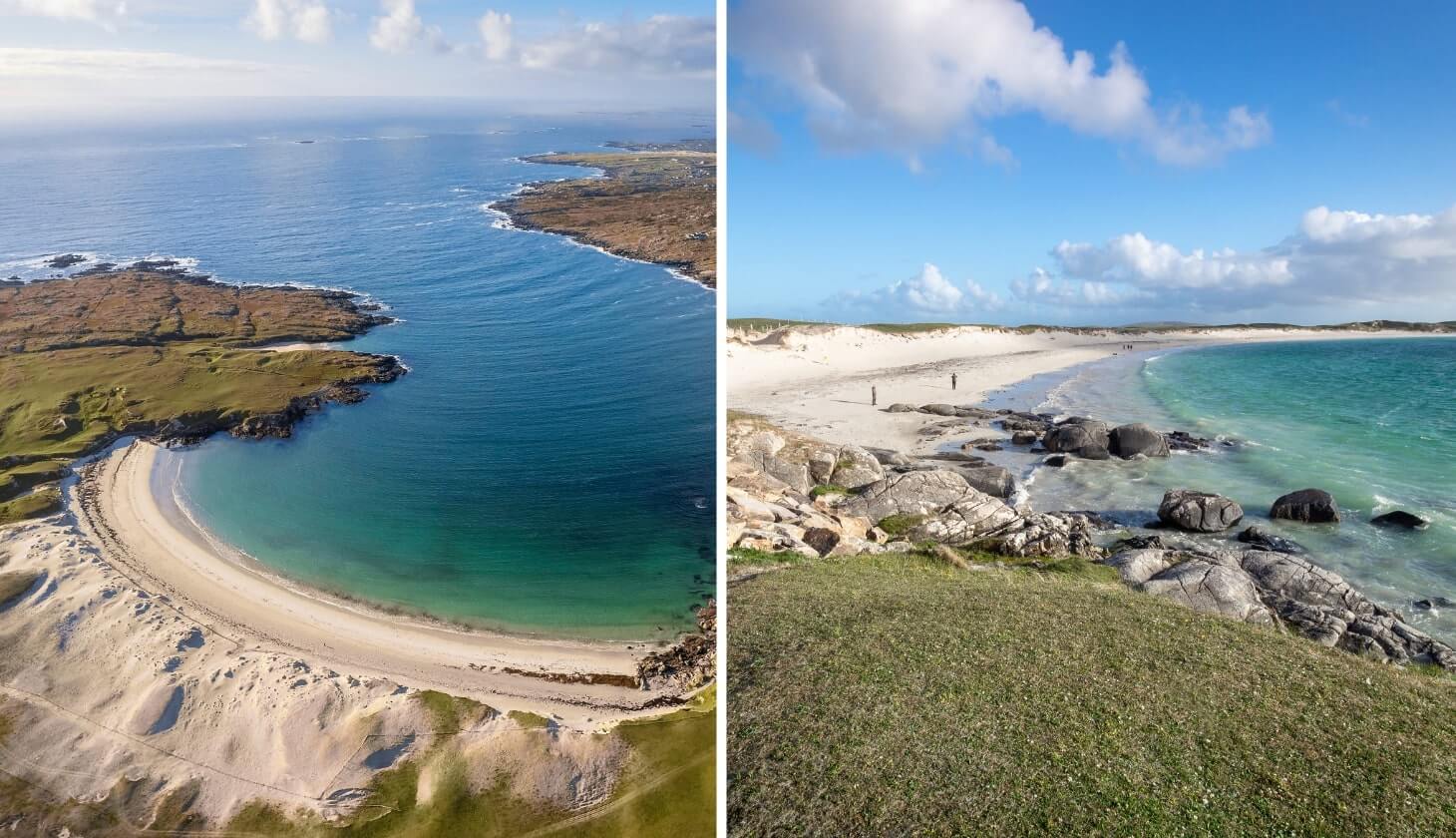 The horseshoe-shaped Dog’s Bay Beach in Galway truly is a sight to behold. The sand here stretches for just 1.6km and, if you arrive during ‘off-season’, you’ll feel like you’ve stumbled upon a little slice of hidden Ireland.

Remote enough to drive away the hoards of tourists exploring Connemara, Dog’s Bay is a magical sandy stretch that backs onto the equally stunning Gurteen Bay.

When you park up in the little (and I mean little) Dog’s Bay parking area, you’re a short ramble from a little viewing area that treats you to an aerial view of the beach.

As you can see from the snaps above, the sand at Dog’s Bay is pure white and it is made-up of tiny fragments of shell that come together to give it its pure white colour.

This contrasts spectacularly with the turquoise-coloured water that wouldn’t look out of place in South East Asia.

Although there’s little to no official info online about how safe it is to swim at Dog’s Bay Beach, the area is relatively sheltered from currents (as always, only enter the water if you’re a capable swimmer!).

Both Dog’s Bay and it’s neighbour Gurteen Bay were formed by a tombolo and sand split. You can see in the drone photos above that it now separates both of the beaches.

If you walk towards the end of the beach you’ll often see (you’ll hear them first!) cows in the neighbouring field.

Dog’s Bay Beach is home to rare ecological features. Interestingly enough, the sand here is made up of the obliterated shells of foraminifera (little sea creatures).

This is one of the only places in the world where this kind of sand can be found onshore. There’s also extensive conservation that has been taking place since the early 90s to preserve the Marram Grass on the dunes separating the two beaches.

Things to do near Dog’s Bay Beach in Connemara 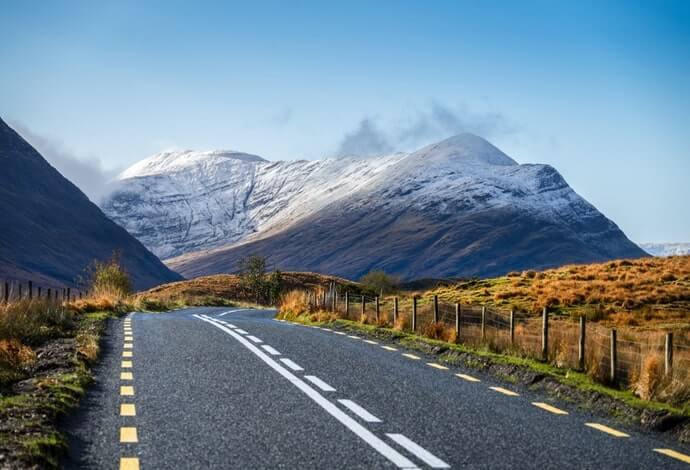 Photo by AlbertMi on Shutterstock

One of the beauties of Dog’s Bay Beach is that it’s a short spin away from many of the best places to visit in Galway.

Below, you’ll find a handful of things to see and do a stone’s throw from Dog’s Bay! 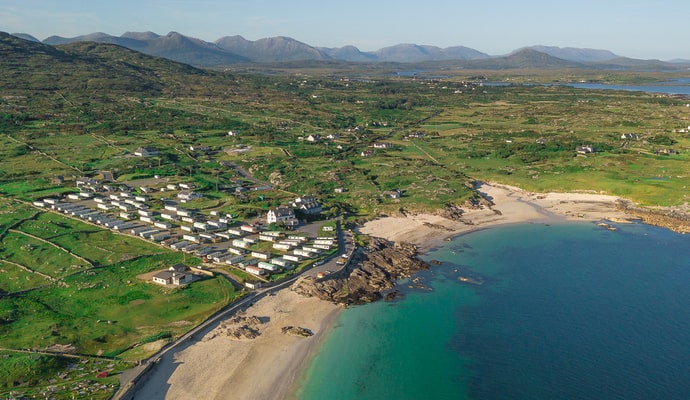 Photo by mbrand85 on Shutterstock

Literally just over the other side of the bay, you’ll find Gurteen Beach. This beautiful beach also has pure white sand and crystal-clear water but is slightly bigger than Dog’s Bay. It’s also closer to Roundstone village and is just as popular on a warm summer day. 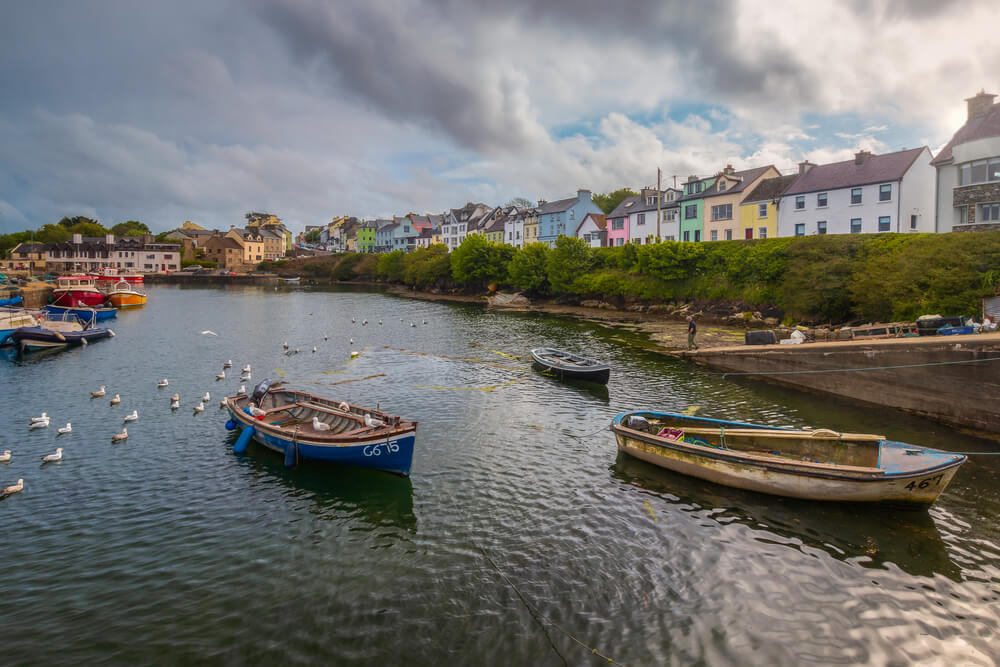 Roundstone is a charming little town on the coast. not far from Dog’s Bay Beach and is a handy spot for a post-walk feed. There’s a fine pint of Guinness to be had at O’Dowd’s Bar and Restaurant which is right by the pier on main street. 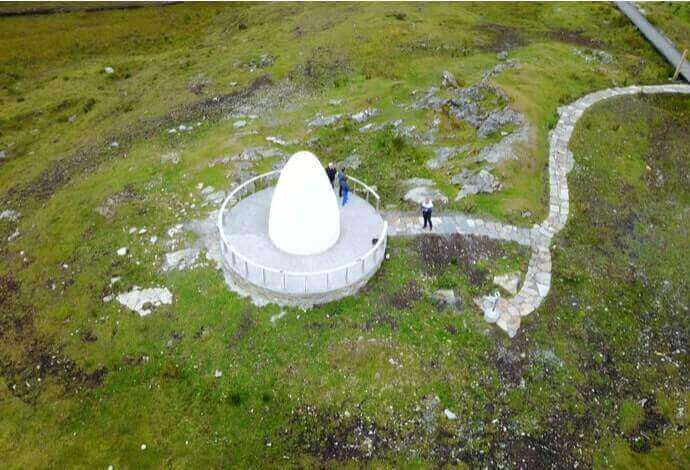 Photo by Nigel Rusby on Shutterstock

Alcock and Brown crashed landed their Vickers Vimy aircraft in the Derrygimlagh Bog, south of Clifden, after a 16-hour flight from Newfoundland. The monument is perched on top of the High Road in Errislannan which overlooks the bog. 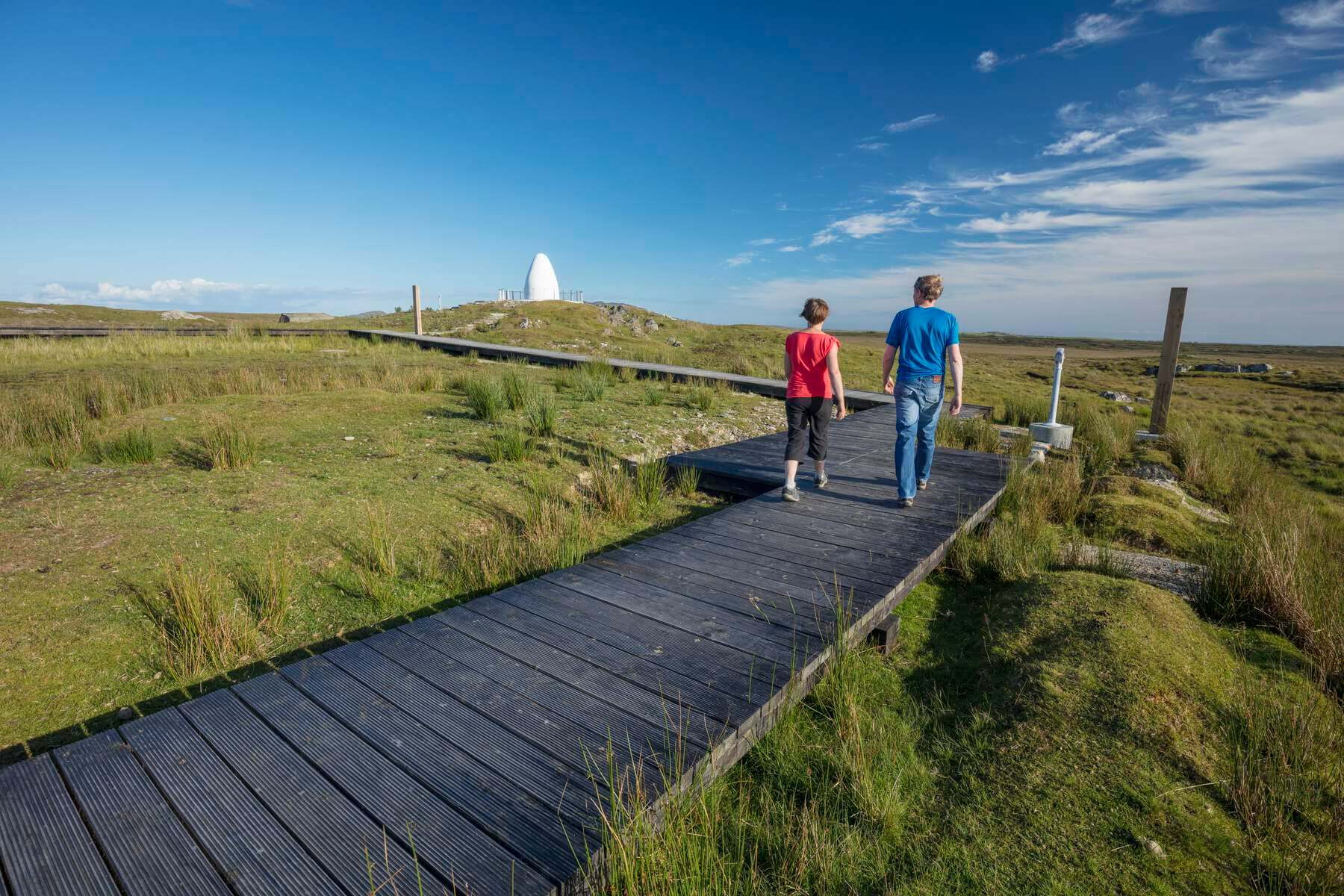 The Derrigimlagh Bog walk (5km / 1 hour 45 minutes), Ballynahinch Castle, the Diamond Hill Hike and the Sky Road are a few other nearby attractions well worth checking out!

We’ve had a lot of questions over the years asking about everything from Dog’s Bay camping spots to where to see close by.

Is it easy to get parking at Dog’s Bay Beach?

During the off-season, yes – you won’t have any hassle. During the warmer summer months, you’ll want to arrive early, as the car park is reasonably small.

Is it safe to swim on Dog’s Bay?

Yes, once you’re a capable swimmer. However, while Dog’s Bay is sheltered from currents, there are no lifeguards, so we’d recommend using caution at all times.