If you’re in search of the best gay bars in Dublin, you’ve landed in the right place.

County Dublin has long been considered one of the more welcoming and progressive in Europe (we were the first in the world to legalise gay marriage, after all!).

And, if you fancy a drink or just a chat with friends, you’ll find plenty of vibrant gay bars in Dublin to drop into.

In the guide below, you’ll find a handful of the best gay bars Dublin has to offer, from the George and Pantibar to Mother and more.

The most popular gay bars in Dublin 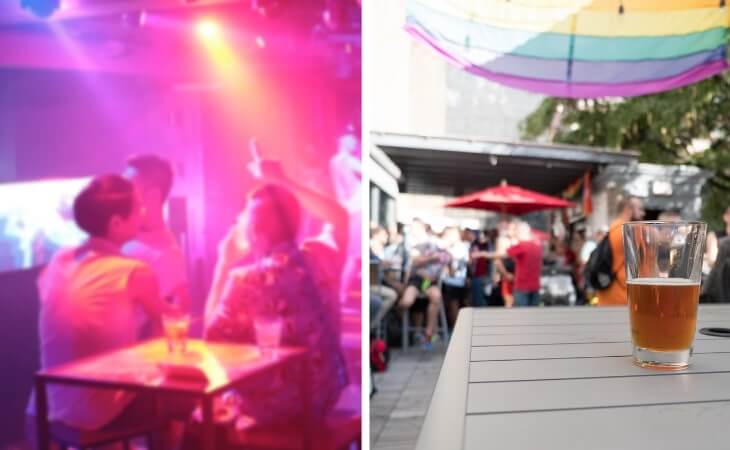 The first section of our guide is packed with the most popular gay bars Dublin has to offer, along with several LGBTQ event/themed nights.

Below, you’ll find the hugely popular PantiBar and the city’s longest running gay bar to the lively Street 66 and more. 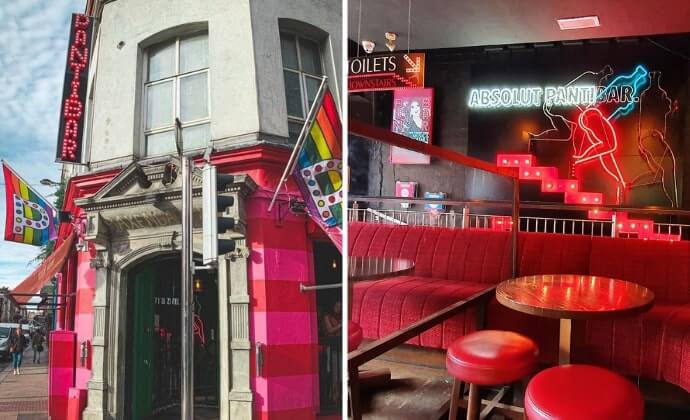 Photos via PantiBar on FB

Open every night of the week, PantiBar is an absolute gem of a place located across the river from Temple Bar on Capel Street.

Home to Panti, arguably Ireland’s best-known drag queen, you can expect all things outrageous with dances and cabaret shows on the bar’s stage.

They run some of the best gay events in Dublin, with drag nights and a variety of performances every week. Open from the early afternoon onwards, you can visit for a quiet drink and a yap, or you can dance the night away.

This is one of several Dublin gay bars that really dazzles on a weekend when, if you’re lucky, you can catch Panti perform, which is always a night to remember. 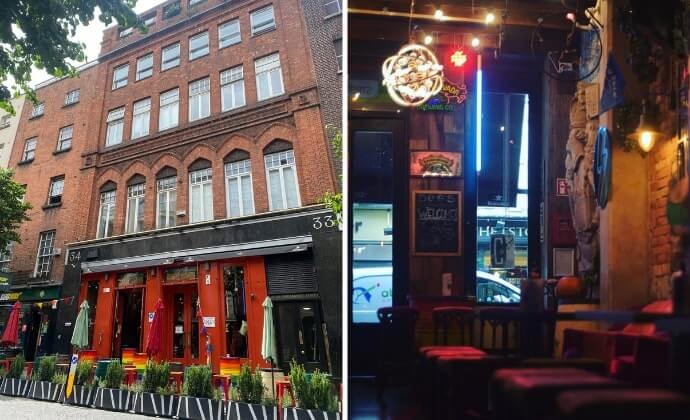 Photos via Street 66 on FB

It has a very intimate vibe and is more of a lounge bar, with plenty of cosy places to have a drink with friends. They also have a nice outdoor beer garden that makes a lovely summer evening hangout.

This is also, to our knowledge, the only dog-friendly gay bar Dublin has to offer (see more here).

Related read: Check out our guide to the finest rooftop bars in Dublin (from swanky restaurants to quirky cocktail bars in Dublin) 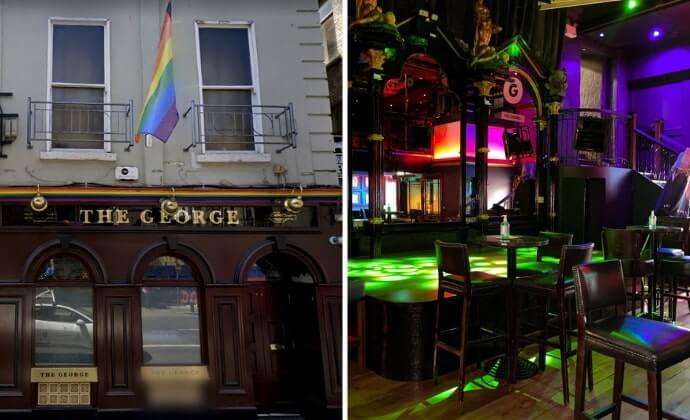 Photo left: Google Maps. Right: via The George on FB

The George is the queen of all gay bars in Dublin and it has been open for over 25 years, which is impressive to say the least.

It features two dance floors, a beautiful garden area and plenty of themed nights and events every week. There are weekly drag shows, glitter parties, and guest DJs playing sets well into the night.

There’s also Bridie’s Bar if you fancy something a little quieter. You’ll find it easily in the heart of the city on South Great George’s Street.

While there’s plenty of gay bars in Dublin, sometimes the best nights out can be found at the various events that are held in Dublin throughout the year.

A number of venues in the city put on parties and special events for the LGBTQ+ community and they are almost guaranteed to be some of the most memorable parties you’ll go to.

You can check out Eventbrite for some of the latest gay party events and purchase tickets for you and your friends. 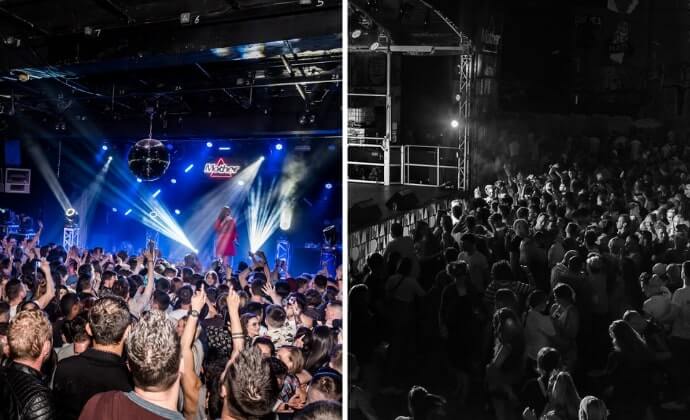 Photos via Mother on FB

Having started its life in 2010 as an old school night club for the LGBTQ+ community, Mother has become one of the best gay clubs in Dublin.

In fact, going off Google Review scores, it’s one of the more popular nightclubs in Dublin. Located at Lost Lane on Grafton Street, it’s perfect for disco lovers, playing a range of electronic music.

It’s also well-known for its annual events which have taken the city by storm the past few years. The annual Mother Pride Block Party is held at the National Museum of Ireland with a variety of performers and in 2019, they launched a gay music festival called Love Sensation. 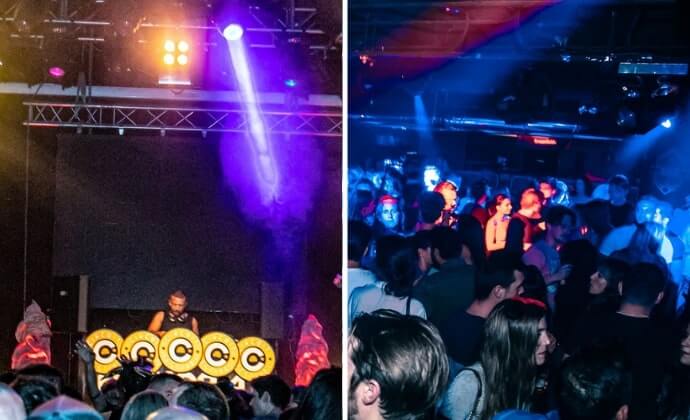 Photos via Euphoria on FB

Euphoria is a club night held monthly at the Button Factory in Temple Bar. It’s known for its high energy music played by international and local DJs.

The dancefloor heats up pretty quickly with go-go dancers and a varied crowd of young and old who stay out until the early morning.

It’s often touted as the largest gay club in Dublin (update: Ireland) drawing a large crowd, so it’s a monthly outing worth getting dressed up for.

Related read: Check out our guide to 13 pubs pouring the best Guinness in Dublin (well known spots and hidden gems)

FAQs about the best gay bars Dublin has to offer

We’ve had a lot of questions over the years asking about everything from ‘What are the best late-night gay clubs in Dublin?’ to ‘Which Dublin gay bars are the liveliest?’.

What are the best gay bars in Dublin?

The most popular Dublin gay bars are The George, Street 66 and PantiBar. However, Mother is up there too!

What are the best gay bars in Dublin for a dance?

If you’re looking for a bit of a boogie, PantiBar, Mother and the club section in The George are good options.