The Spanish Arch in Galway is one of the city’s most iconic sites.

Rooted in Medieval times, the Spanish Arch was built in 1584, but has its origins in the 12th century Norman-built town wall.

In the guide below, you’ll discover everything from the history of the Spanish Arch to places to visit close by.

Quick facts about the Spanish Arch in Galway 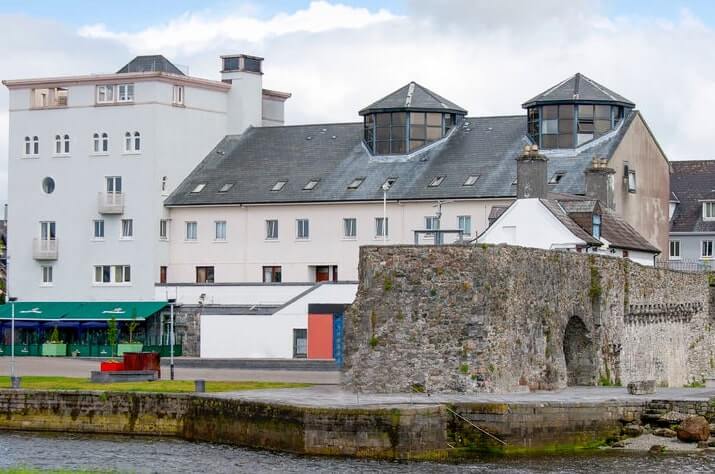 Galway City’s Spanish Arch is one of the better known of the many places to visit in Galway. Below, you’ll find some quick-fire-facts to get you in the know.

Why is it called the Spanish Arch?

Spaniards didn’t build the Spanish Arch in Galway, but the name is thought to be a reference to the Middle Ages merchant trade with Spain.

Spanish galleons often docked at the arch thanks to its proximity to the riverbank, where they would sell wine, spices and more to the populace. Spain’s most famous explorer, Christopher Columbus visited the city in 1477.

Why was the Spanish Arch built?

First built by Galway’s 34th mayor, a Wylliam Martin, the construct was originally known as Ceann an Bhalla, translated as ‘the head of the wall’.

At that tome, Galway’s Spanish Arch extended the original Norman town walls (Norman architecture commonly included town walls). It was built to protect the city’s quays, which were in an area once known as the Fish Market.

When was the Spanish Arch built?

The Spanish Arch was built in 1584. Since then, it has become one of the most popular places to visit in the city on many guided and self-guided walking tours.

The history of the Spanish Arch 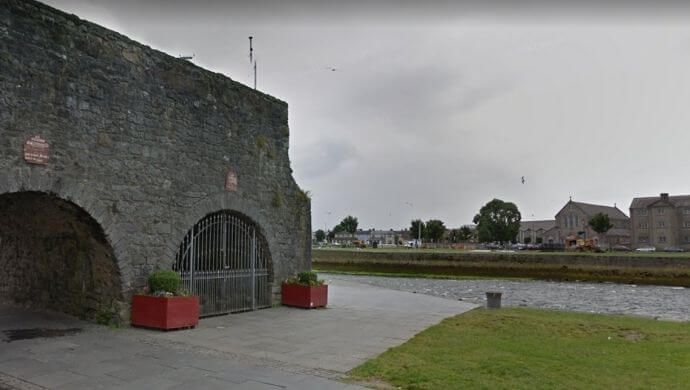 Medieval buildings rarely survive completely intact—even stone structures (although there are plenty of castles near Galway City that have stood the test of time!), and this is the case with the Spanish Arch.

Thanks to a tsunami…

In 1755, a tsunami partially destroyed the Spanish Arch. The tsunami resulted from the earthquake that hit Lisbon in Portugal on 1 November. Tsunamis as high as 20 foot hit North Africa.

The extension of the Quays

In the late 18th century, the wealthy Eyre family extended the quays, calling this The Long Walk and created the arches to allow access from the town to the new quays.

The Spanish Arch name was unlikely to have been in use at the time, and the Arch was most probably called the Eyre Arch reflecting its new origins.

Up until 2006, the Spanish Arch hosted part of the much-loved Galway City Museum, which was then moved to a new, dedicated building just behind the arch.

Things to do near the Spanish Arch in Galway 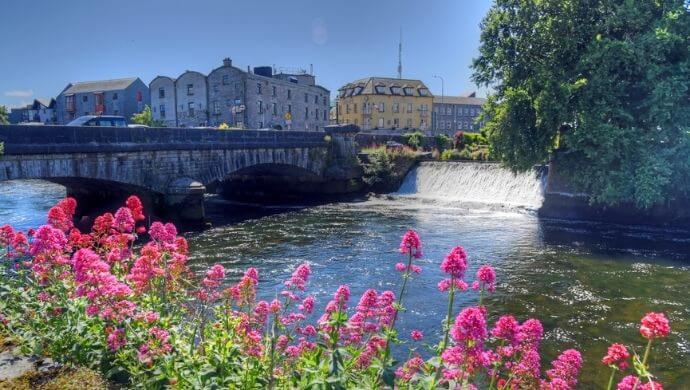 Photo by STLJB on Shutterstock

There’s heaps of things to do a stone’s throw from the Spanish Arch. From food and pubs to museums, walks and more, you’ll find plenty to see and do below. 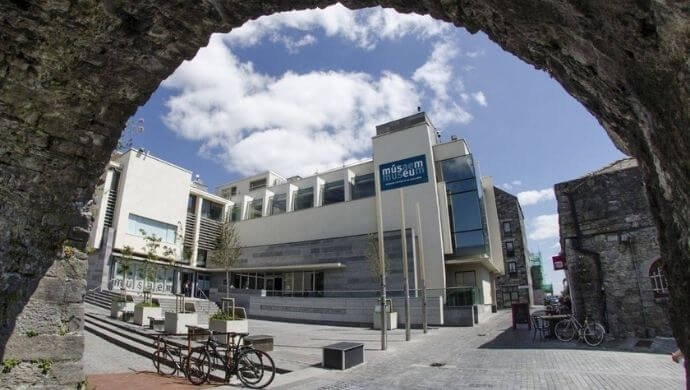 Established in 1976 in a former private home, The Galway City Museum is a folk museum that houses a considerable number of artifacts related to the fishing industry that played such a central part of the city’s history and development. 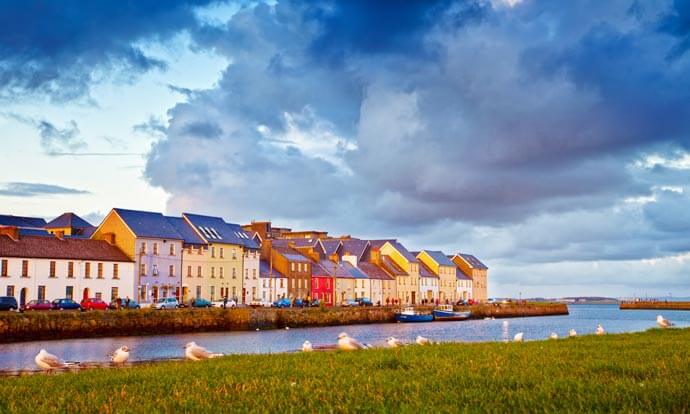 The Long Walk in Galway is an extended promenade to the side of the Spanish Arch that was built in the 18th century.

Best viewed from the grass across the water at sun set, the Long Walk is a fine place to ramble out to, if you’d like to escape the city without actually leaving the city. 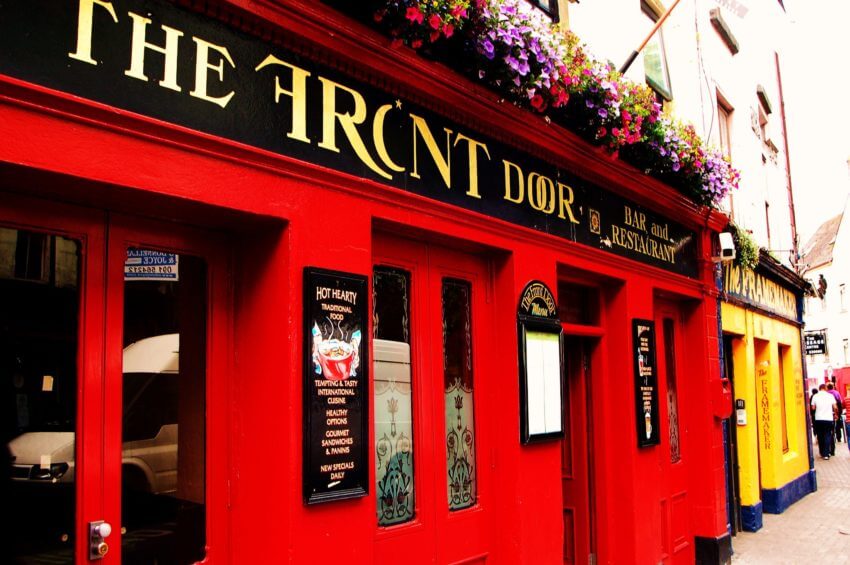 If you’re feeling peckish (or thirsty!) after visiting the Spanish Arch, there’s plenty of places to eat and drink nearby. Here’s some guides to jump into: 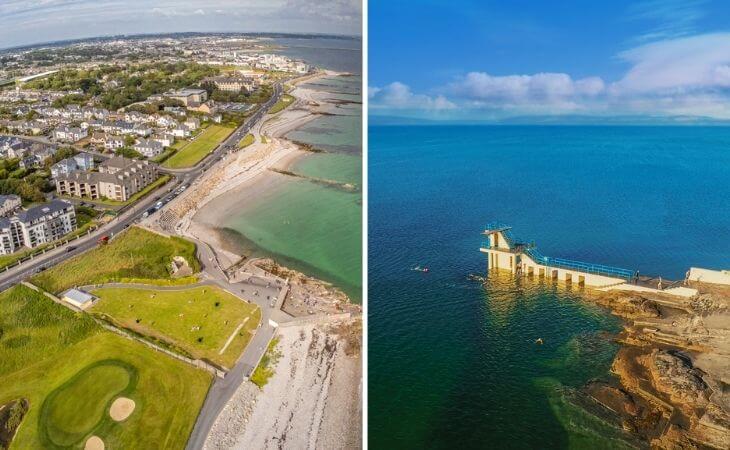 Salthill is another fine spot to stroll out to from Galway City, if you fancy seeing a bit of the Galway coastline. Grab a coffee in the City and take the 30-minute walk to Salthill.

There’s loads of things to do in Salthill and there’s plenty of great places to eat in Salthill to nip into if you’re hungry. 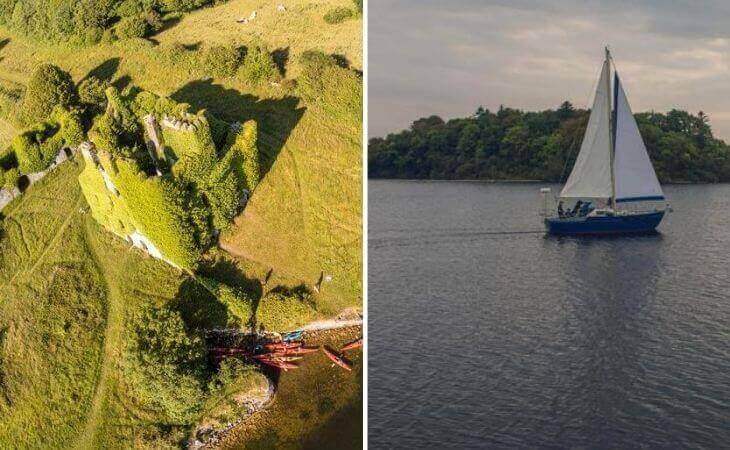 There’s lots of great castles in Galway that are worth a visit. One of the most frequently missed is the brilliant Menlo Castle. You can walk here, if you like, but you’re better off driving, as its much safer.