Tis hands-down the most beautiful road trip video that I’ve ever watched.

It was masterfully created by Edwina Guckian during her honeymoon in Ireland, and it follows the newlyweds on an envious adventure along Ireland’s Wild Atlantic Way.

The intro the the video sets the scene for the magic to follow. 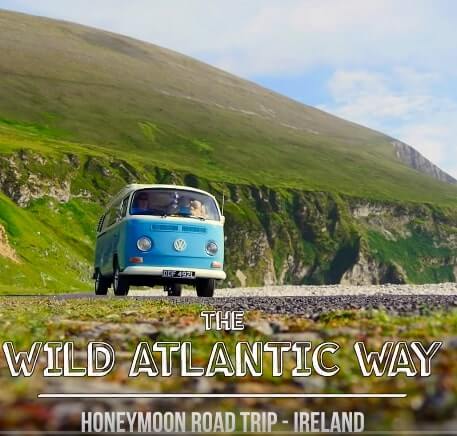 From Slea Head in Kerry, to Achill in Mayo, the couple covered a serious amount of ground over the 14-day road trip.

If you were ever in any doubt as to how absolutely deadly it would be to road trip along Ireland’s Wild Atlantic Way in an old-school VW camper van, then you’re about to be convinced.

Sit back, relax, and let the waves of wanderlust roll over you!

Related Video: This secret cave in Kerry looks like something whipped straight from Bali.

The music from the video

The soundtrack to the video has been bouncing around my head for the past couple of days.

The song is called ‘Homebird‘ from a band called ‘Cry Monster Cry‘.

Check out our Irish Road Trip Spotify playlist – it’s packed with 100+ tunes you can explore to, including ‘Homebird‘.