If you’re mulling over visiting Ireland in October but you’re unsure of what to expect, you’ve landed in the right spot.

If you’ve read our guide to the best time to travel to Ireland, you’ll have see me rave about October, and for good reason!

However, October is autumn in Ireland and visiting during this month comes with some disadvantages, as you’ll discover below.

Some quick need-to-knows before visiting Ireland in October 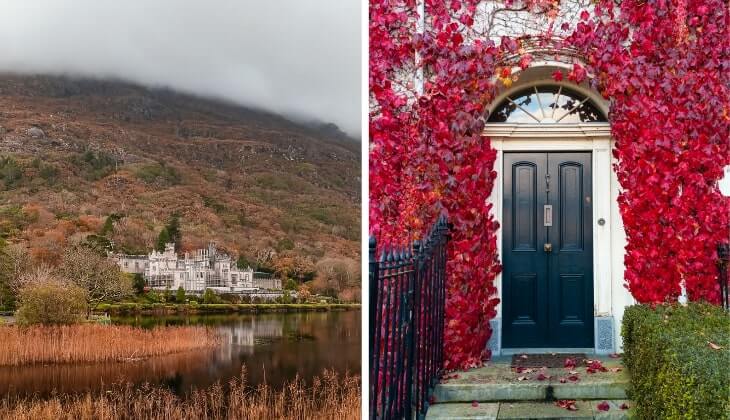 Although a visiting Ireland in October is reasonably straightforward, there are a handful of need-to-knows that’ll get you up-to-speed quickly.

The weather in Ireland in October, as is the case with every single month, can be very unpredictable. Average high temperatures can rise to a mild 13°C, while average lows tend to hover around 6°C (more on weather below).

The days are still relatively long in October. At the beginning of the month, the sun rises at 07:33 and sets at 19:09. That’s a solid 11 hours a day to plan your Ireland itinerary around.

October is shoulder season in Ireland (i.e. the time between peak-season and off-season). This means flights should be cheaper and places will be quieter. Keep in mind that kids get a week of holidays in Ireland at the end of the month, so accommodation prices can rise around then.

The longish days and the not-too-chilly weather gives you the opportunity to explore to your hearts content. The colder evenings will also make tucking yourself away in a cosy pub all the more attractive.

Deciding when to visit Ireland can be overwhelming, so it’s worth being well informed before you hit the ‘book now’ button. Below, you’ll find guides to each month in Ireland – they’re worth flicking through when you have a moment.

The pros and cons of spending October in Ireland 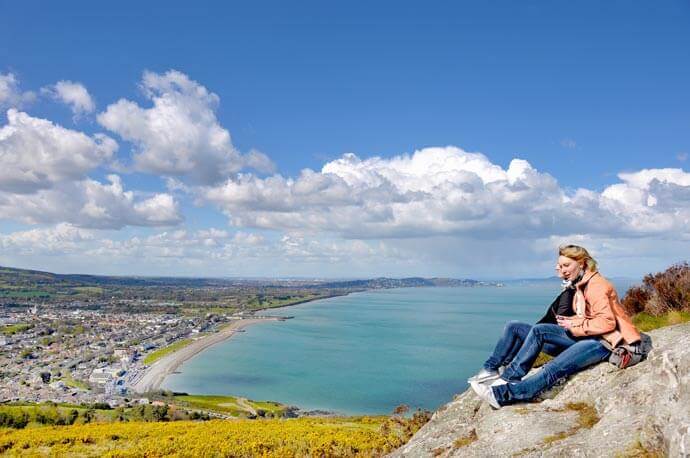 So, I lightly touched on the handful of advantages and disadvantages to visiting Ireland in October above, but I’ll list them out properly below.

I’ve lived in Ireland for 32 years, so the below are based on my own experience (note: you’ll find detailed info on the weather in the next section):

What to expect from the weather in Ireland in October 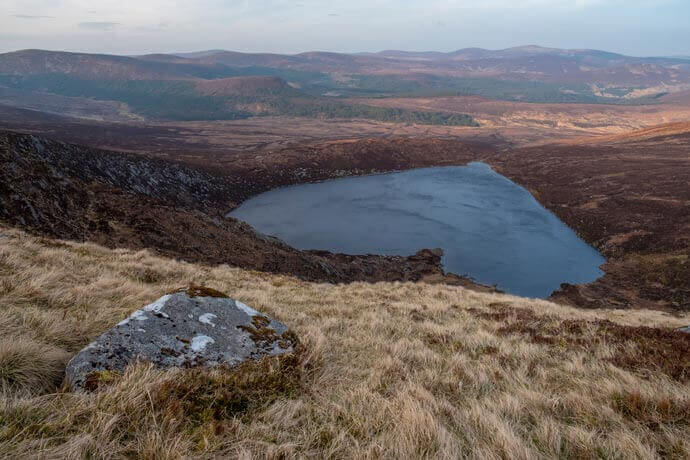 The weather in Ireland in October can be a bit of a mixed bag, but it’s generally quite good.

Average temperature in Ireland in October 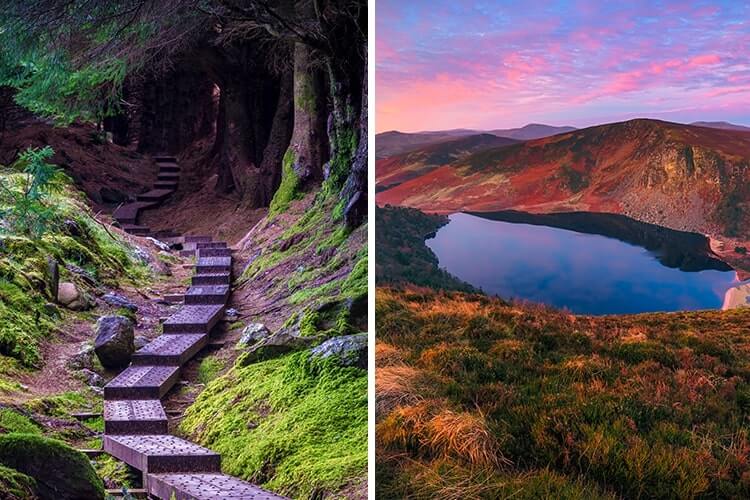 Average high temperatures can rise to a mild 13°C, while the average lows tend to hover around 6°C (again, this can change drastically).

Those from colder temperate climates will find the temperature in Ireland in October mild, while those who come from more tropical climates should find October in Ireland to be chilly.

Things to do in Ireland in October 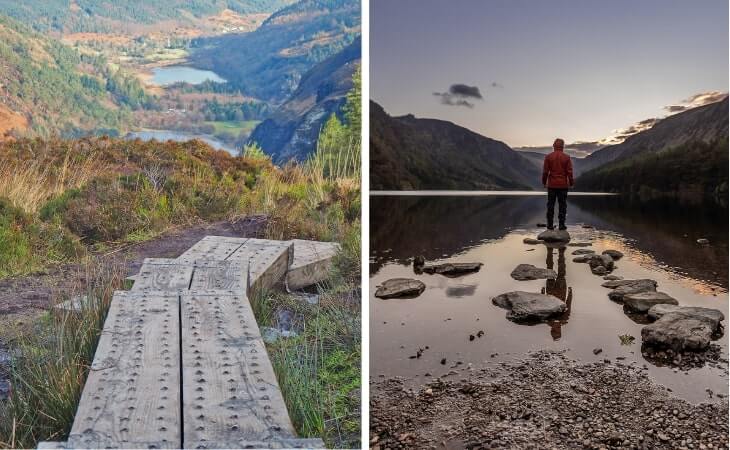 Many people spend October in Ireland as the days are warm and long and it’s just generally a nice time to zip around.

If you’re on the hunt for things to do in Ireland in October, dive into our counties of Ireland hub – it’s packed with the best places to visit in every county! Here are a handful of suggestions to get you started:

1. Head off on a well planned road trip 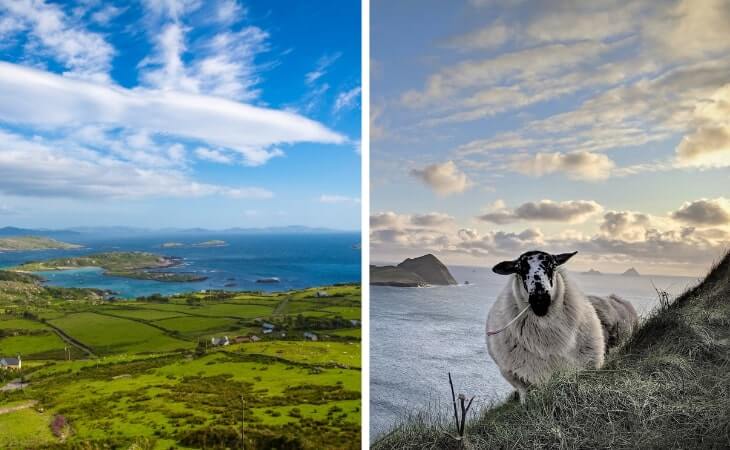 When planning a trip to Ireland, it’s worth spending a good chunk of time mapping out your itinerary, so that you make the most of your time. 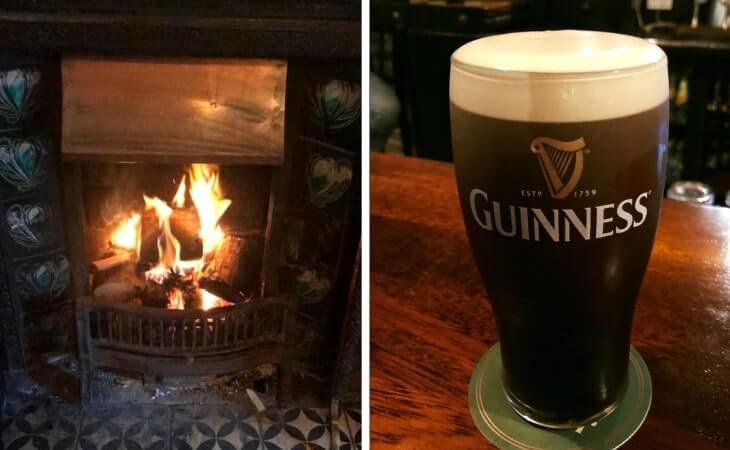 There’s endless pubs in Ireland, but not all are equal! If you can, try and polish off a day of exploring in a traditional pub, as these tend to have the most character.

One of my favourite things to do in Ireland in October is to spend a day hiking and an evening tucked away in a cosy pub. It’s hard to bate! 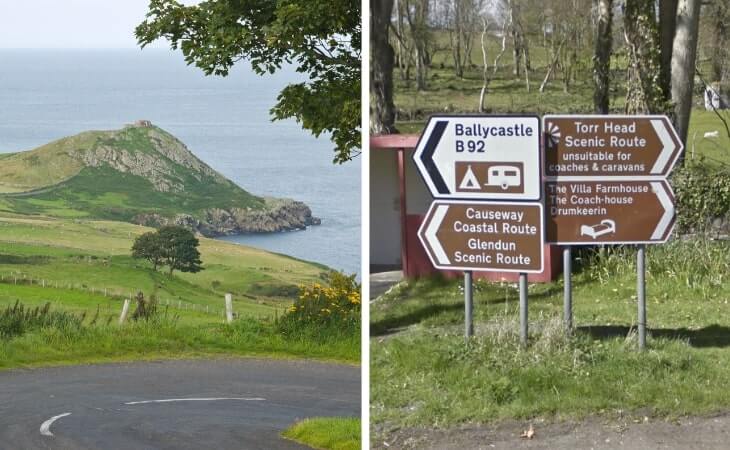 Although the likes of the Ring of Kerry and the Causeway Coastal Route tend to attract all of the attention, there’s heaps of scenic drives in Ireland.

They’re particularly handy on those rainy days when you’re looking to keep the head dry! 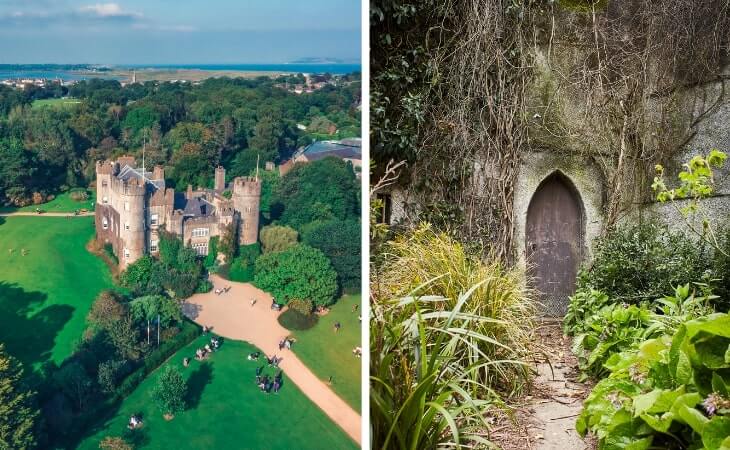 If you like to explore on foot, there’s plenty of walks and hikes in Ireland that you can head off on, with something to suit most fitness levels.

There’s also endless hidden gems in Ireland, many of which are missed by those visiting for the first time. 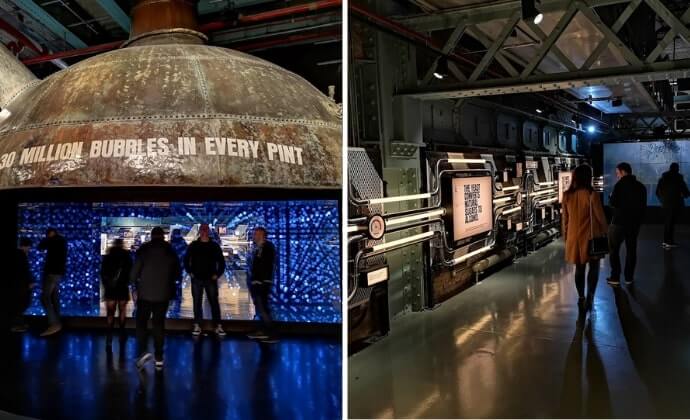 There’s plenty of things to do in Dublin in October. If the weather’s decent, try one of the hikes in Dublin.

If the weathers terrible, there’s plenty of things to do in Dublin in October when it’s raining! See our 2 days in Dublin and 24 hours in Dublin guides for an easy-to-follow itinerary.

What to pack / what to wear in Ireland in October 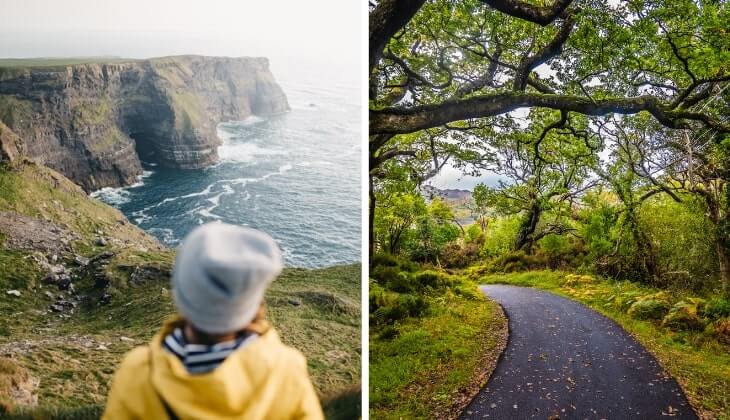 Packing for October in Ireland requires a bit of thought, as you need to prepare for every type of weather (even if the forecast is looking good!).

I’d recommend bringing layers (e.g. light tops) and one warm jacket/coat that you can pop on top. Here are some more suggestions:

FAQs about spending October in Ireland

Is October a good time to visit Ireland?

How cold is it in Ireland in October?

The average temperature in Ireland in October sees average highs of 13°C and lows of 6°C, however, this can vary greatly from year to year.

Are there many things to do in Ireland in October?

There’s plenty to see and do thanks to the longish days and the generally OK weather. Tours are still running, you have endless scenic drives and there’s plenty of hikes to tackle.

I've never been to Ireland and look forward look forward to how green the country is. I'm concerned that if I go in October I won't be able to see the verdant beauty. Please advise. Thank you

My husband and I are heading over in October and just wanted to say thank you for all the information you provide on your blog, it will help so much in mappng out our plans. We haven't had the opportunity to travel much, especially out of country, so this is the first big trip and are looking forward to experiencing your beautiful country.

Is it still green in October? Also can you see northern Lights then?

Thank you so much for sharing this information.

I’ll be arriving in Ireland in about a week ( at the start of October ) & did not know about the events such as the Halloween one :-)

I’m escaping the ratty US & will be quarantining in lovely Killarney, then from there I plan to drive around ( hire car from Dublin airport )

I’ve been to Ireland three times. I always hire a car and stay with the wonderful people of Ireland in their air bnb’s - making new friends along the way. I’ll most likely be headed up north to Northern Ireland just to check out that Halloween festival!

Thank you again for the information here.

Oh when I last left my comment I didn’t mention I’m coming from Florida so cold weather is a little tough on me but have wool will travel. I also like AC, hard to find in summer so cold will be better. My plan is a road trip to see film locations. I like to make my own tours I don’t like groups . I want to see locations where the Tudors, Vikings and Game of Thrones was filmed. I will drive and have it mapped out. Then head south to Beara Peninsula. ?