“Hi! I’m visiting in a week and I’m wondering which areas of Belfast to avoid?!”

We get emails like this, on average, 15 – 20 times a month. Every month. And we’ve been getting them since publishing a guide on things to do in Belfast 2 years ago…

Like every city in the world, there are areas to avoid in Belfast (mainly at night!) and there are things to avoid doing while you visit (e.g. talking politics…)

In the guide below, you’ll discover everything from where to stay in Belfast when you’re visiting to which areas in Belfast should be given a wide birth. 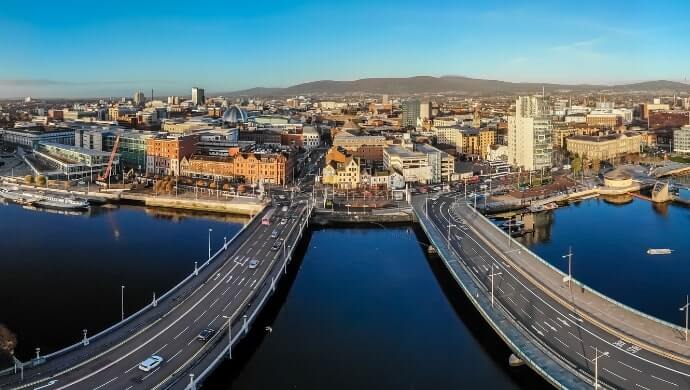 Berlin, Warsaw, Budapest – the list goes on. Along with Belfast, there’s a whole host of European cities that saw extensive conflict during the second half of the 20th century.

And while scars remain, we’re happy to continuously throw ourselves at these cities in the name of travel and curiosity.

For 30 years, Belfast was regularly in the news for all the wrong reasons and its turbulent past can still colour impressions of the city today.

The city has come a long way

Though things have improved since 1998’s Good Friday Agreement, Belfast’s political and cultural divide remains acute and, like all cities, there are areas of Belfast to avoid.

However, Belfast, for the most part, is safe, you just need to apply the common sense that you would apply when visiting any new city (info on what to avoid doing below).

Belfast’s a friendly and fascinating place that’ll live long in your memory – read on to discover what areas of Belfast to avoid. 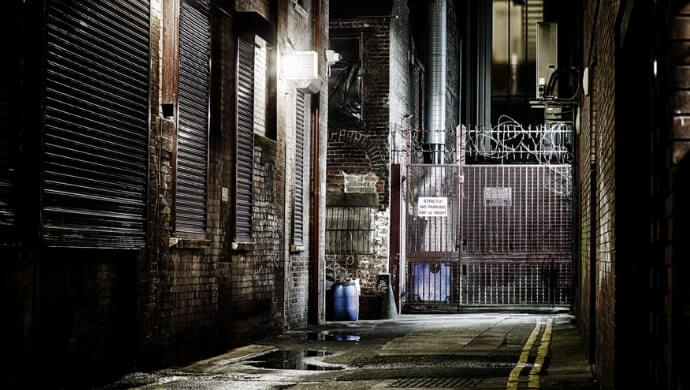 I want to start this section with a disclaimer; this is a guide for tourists, it’s not a guide for people looking for places to buy a home/rent.

Home to loads of brilliant street art and a ton of great pubs and incredible restaurants, Belfast city centre is the vibrant heart of the city where people of all backgrounds mix.

Like any city centre, things will start getting a little rowdier in the evening after a few drinks so if it looks like there’s trouble brewing then head somewhere else. At night, avoid straying out into any suburbs or neighborhoods and avoid dimly lit areas.

With a skyline dominated by the enormous yellow Harland and Wolff cranes, famous Northern Irish names like George Best and Van Morrison grew up in East Belfast. These days it’s a largely working-class area that suffered following the decline of the nearby shipyard.

The Titanic Quarter isn’t far from here and there’s some interesting street art around, but you’d be best off avoiding East Belfast at night, if you’re not familiar with the area. In particular, Short Strand – a Nationalist enclave has been the scene of tensions and riots over the years due to its close proximity to the rest of East Belfast’s Unionist community.

While its leafy bohemian streets and elegant university campus make South Belfast one of the city’s most attractive areas, it still has problems of its own so it’s good to be wise to them before heading down here.

Charming Botanic Avenue is known for its cafes and book shops but, as reported by multiple news outlets as recently as July 2021, there’s also been a rise in open drug use (especially around the train station).

Though you’ll need to pass through if you want to hike Cave Hill or see Belfast Castle, North Belfast isn’t really an area you’d visit as a tourist. Unionist areas like Tiger’s Bay and Nationalist areas like the New Lodge are fine in the day but should be avoided at night.

The Nationalist Ardoyne area is also a place worth avoiding due to its proximity to the Crumlin and Shankill areas. These residential places should really only be on the radar of the most inquisitive of travellers as there’s not a whole lot to see.

Perhaps unsurprisingly, the areas that saw the most violence during The Troubles are also the ones that hold the most interest for tourists. With its colourful murals and unique Peace Wall, West Belfast is a travel hotspot but it’s not an area to be taken lightly despite the relative peace that the residents now live in.

For the best way to see West Belfast, we’d recommend taking a Black Cab Tour around The Shankill Road and The Falls Road during the day. Venturing off or around the Falls, Crumlin or Shankill roads at night is not a good idea so stick to seeing and enjoying West Belfast during daylight hours. 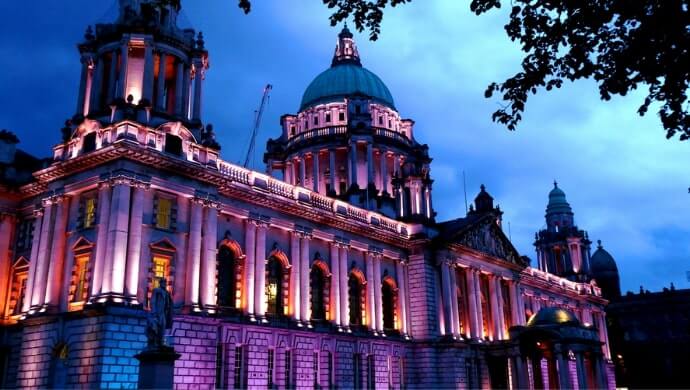 So, now that we’ve tackled areas to avoid in Belfast, it’s time to talk about how to stay safe in the city during your visit.

Most of these points will be common sense while others, like politics and team jerseys, are often overlooked.

Anthony Bourdain once said that all good travellers should be “relentlessly curious, without fear or prejudice.” When approaching a divided city like Belfast, removing prejudice is important but avoiding talking politics altogether is a good way to stay away from trouble.

Be respectful to your host city and learn as much as possible (see our guide to the difference between Northern Ireland vs Ireland) but be aware that one stray remark of a political nature after a few beers could land you in an unanticipated spot of bother.

2. Don’t stray off the beaten path

Going off the beaten path is typically one of the more seductive parts of the travel experience but in Belfast it’s better to stick to what you know, especially at night. If your hotel’s in Belfast city centre, then it’s a wise idea to stay around that area when evening falls.

Going for a night-time jolly along the Falls or Shankill roads by yourself absolutely isn’t the best way to get the most out of your Belfast experience. Save those areas for Black Cab Tours.

Simply apply the same common sense you’d use in any other new city, but also be aware of Belfast’s particular sensitivities. Wandering around late at night isn’t recommended and take extra care when the pubs and bars empty.

As you may notice, some of Belfast’s pubs tend to lean towards one community or the other so apply some common sense if you find yourself in an establishment that clearly leans Unionist or Nationalist (and definitely avoid politics talk!)

Unless there’s an international tournament or a cup final on, it’s unlikely that you’d be wanting to throw on a team jersey during your travels but if you really must then keep it neutral.

And certainly don’t go walking up the Shankill in a Celtic or Ireland jersey and likewise stay away from the Falls road if you’re wearing a Rangers or England jersey.

Belfast is far from the only city where wearing the wrong jersey in the wrong area will get you in trouble, however your best bet to stay safe is to avoid wearing sports jerseys altogether.

5. No go areas in Belfast

While there aren’t any official areas of Belfast to avoid, as we’ve spoken about at length above it’s simply a question of using common sense when moving around the city. Stick to the tourist areas if you can and don’t do anything that could be seen as provocative.

Even if you think your comments will align with the views of the people you’re talking with, it’s best not to make them in the first place and just ask for advice on the city while enjoying their hospitality.

FAQs about areas to avoid in Belfast

We’ve had a lot of questions over the years asking about everything from is Belfast safe to what areas to avoid in Belfast during a visit.

What are the main areas of Belfast to avoid?

The main areas to avoid in Belfast are the areas around the Shankill and Falls roads at night (West Belfast), areas in North Belfast like Tiger’s Bay, New Lodge and Ardoyne (at night) and the likes of Short Strand in East Belfast (again, at night).

Yes, for the most part Belfast is safe. However, like any large city, there are areas of Belfast to avoid, mainly after dark. Common sense is always needed.

As a tourist, are there many no-go areas in Belfast?

If you’re visiting Belfast for a few days of exploring, try and stay in the city centre, where it’s tourist central. If you stay nice and central, you avoid having to judge which neighborhoods are safe.

Hi, I'm planning a trip to belfast in July for myself and my friend from co.laois. Would there be hotels that you could recommend for us.

Many thanks Tania maher