A visit to the Shankill Road is one of the more popular things to do in Belfast amongst those looking to dig into the city’s turbulent history.

Instantly recognisable thanks to its Union flags and colourful Loyalist murals, the Shankill Road is a significant part of Belfast’s modern history.

It’s also home to one of the most visible parts of the city’s Unionist community. But how did the Shankill Road become so infamous?

And why is it often listed as one of the no-go areas of Belfast? In the guide below, you’ll discover everything you need to know.

Some quick need-to-knows about the Shankill Road in Belfast 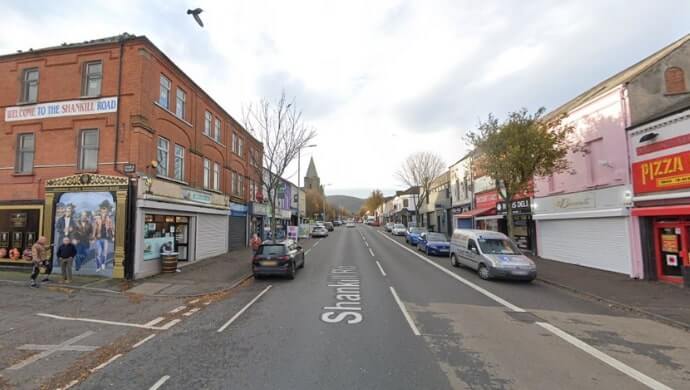 A visit to the Shankhill Road in Belfast is pretty straightforward, however there are a few need-to-knows if you plan on visiting (it’s also worth knowing the differences between Ireland and Northern Ireland in advance of your visit).

Arcing out of the city centre along Peters Hill with the hazy outline of Divis Mountain in the distance, the Shankill Road stretches for around 1.5m (2.4km) into west Belfast.

A hotbed for activity and violence during The Troubles, both the UVF and the UDA were formed on the Shankill. The road was the scene of attacks on both Protestants and Catholics during this time period.

As a result of the violence of August 1969, the British Army built a Peace Wall along Cupar Way to separate the Shankill Road and The Falls Road, thus keeping the two communities apart. 50 years later, it’s still standing.

The Shankill Road is easy enough to reach on foot from Belfast city centre though we’d recommend taking a walking tour or a Black Cab tour for the most illuminating experience. If travelling solo, we’ve recommend visiting early in the day – this is one of the areas to avoid in Belfast late at night. 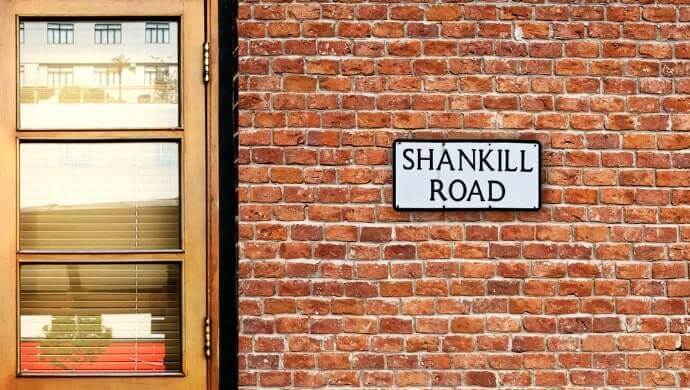 Derived from the Irish Seanchill meaning ‘old church’, there’s been a settlement on the Shankill land since at least 455AD where it was known as the “Church of St Patrick of the White Ford”.

Though the church was famous as a site of pilgrimage, it wasn’t until the 16th century that the road began to take the shape we know now. In fact, it was part of the main road north to Antrim from Belfast and which eventually became the modern-day A6.

By the 19th century, the area had become industrialised and was famous in particular for its linen production. Growing rapidly during the 1860s, by the end of the 19th century Belfast was the linen capital of the world and the Shankill played a large part in that.

The famous Harland and Wolff shipyard was also a big employer for the people of Shankill, but by the mid 20th century both industries had declined and the area began experiencing unemployment and rising tensions with the nearby Catholic community of the Falls Road.

The start of The Troubles

It’s at this point in Shankill’s history that it began to attain the notoriety it still carries today. Though the original UVF (Ulster Volunteer Force) was created in 1912 and there had been tensions with the local Catholics since the last 19th century, it wasn’t until the 1960’s that things began to take a more sinister turn and the era of The Troubles truly began.

The 7th of May 1966 saw the first attack from the modern UVF when a group of men petrol bombed a Catholic-owned pub. Later that month a Catholic man, John Scullion, was shot by a UVF gang as he stood outside his west Belfast house on Oranmore Street and became the first victim of a conflict which saw over 3,500 lives lost over the next 30 or so years.

30 years of violence at Shankill 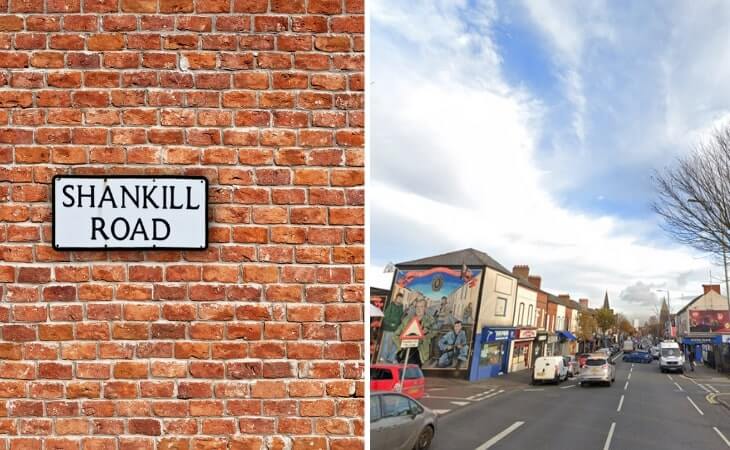 In September 1971, the UDA (Ulster Defence Association) was formed, with most of its activities taking place on the Shankill. Its headquarters was also located there.

Active between 1975 and 1982, the ominously named Shankill Butchers were responsible for the deaths of at least 23 people in mostly sectarian attacks and specialised in grisly cut-throat killings. It wasn’t just Catholics they targeted, however.

Six Protestants were killed following personal disputes, and two Protestant men were accidentally killed sitting in a lorry after the group mistook them for Catholics.

Perhaps inevitably (with all of its Loyalist activities), the Shankill became a target for Irish republican paramilitary attacks and October 1993 saw one of the most infamous incidents.

With the leadership planning to meet above Frizzell’s fish shop, the plan was to evacuate customers and set the bomb off. Sadly, it exploded prematurely with disastrous consequences. 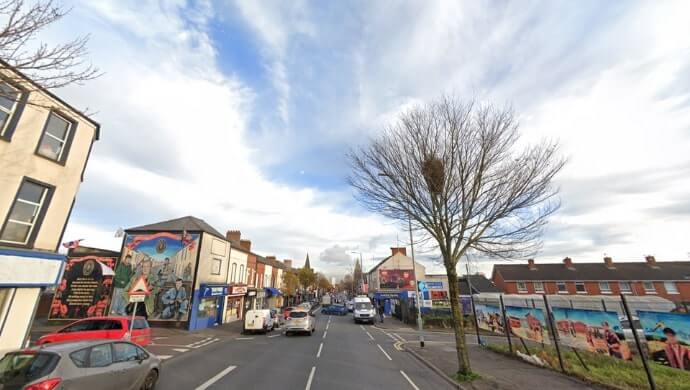 With the various ceasefires of the mid-90s followed by the Good Friday Agreement in 1998, the violence in West Belfast has eased greatly.

While the two communities still have their distinct identities and tensions flare occasionally, there is nowhere near the degree of conflict that the city saw during The Troubles.

In fact, those differences between the two communities have become something of a curiosity for visitors and have turned a turbulent street into a veritable tourist attraction (best experienced on a Black Cab tour).

Attracted by its fiery recent history and the colourful political murals showing off the pride of the community, you can take tours of the Shankill and hear from locals all about what life was like during the tempestuous Troubles.

Away from the tours, the modern-day Shankill Road is a vibrant working-class area that in many ways isn’t too different from any other shopping neighbourhood (they have a Subway, for one thing). But its unique character and recent history make it well worth a visit.

FAQs about visiting the Shankill Road in Belfast

Is the Shankill Road dangerous?

If you visit early in the day, or as part of an organised tour, no – the Shankill Road is not dangerous. However, we wouldn’t recommend visiting late in the evening.

Why is the Shankill Road famous?

The road is more infamous than famous. The road and the area around it saw significant conflict during The Troubles, thus earning it an arguably globally known reputation.

What is there to do on the Shankill Road?

The best way to see the area is on a guided tour where you can soak up the history of the area from someone that lived through it. See the guide above for tour recommendations.