There are some outstanding places to grab Mexican food in Dublin.

And even if you’re not quite so convinced of its tasty virtues, there’s a ton of places in the capital that could change your mind!

In the guide below, you’ll find the best Mexican restaurants in Dublin, from the stunning El Grito to some often-missed gems.

Our favourite Mexican restaurants in Dublin 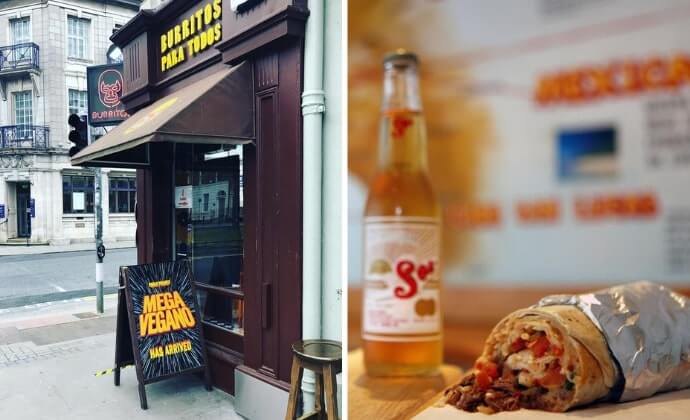 The first section of this guide is packed with where we think does the best Mexican food in Dublin in 2022.

These are Dublin restaurants that one or more of The Irish Road Trip Team have eaten in and have loved. Dive on in! 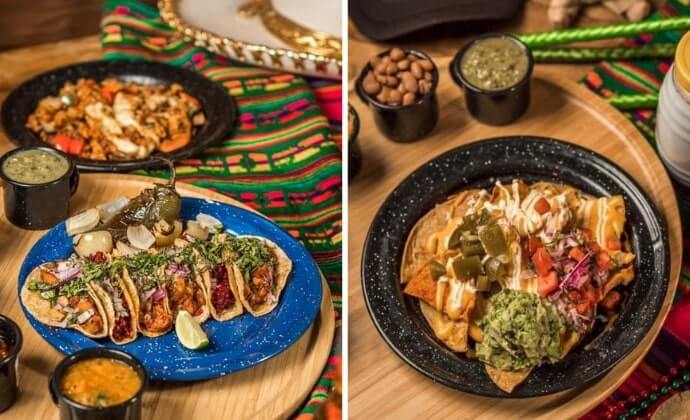 Once a favourite of Temple Bar, El Grito Mexican Taqueria moved to pastures new at Mountjoy Square on Dublin’s northside in 2019.

The new spot was formerly home to Ireland’s only Polish restaurant, but El Grito has added a dash of colour and spice to this leafy square and they’ve got much more room to operate in now too.

With a garish interior full of Mexican charm, you can choose from a selection of nine styles of taco along with larger dishes such as alambre or burritos.

If you’re looking for Mexican restaurants in Dublin to mark a special occasion, you won’t go wrong with an evening in El Grito. 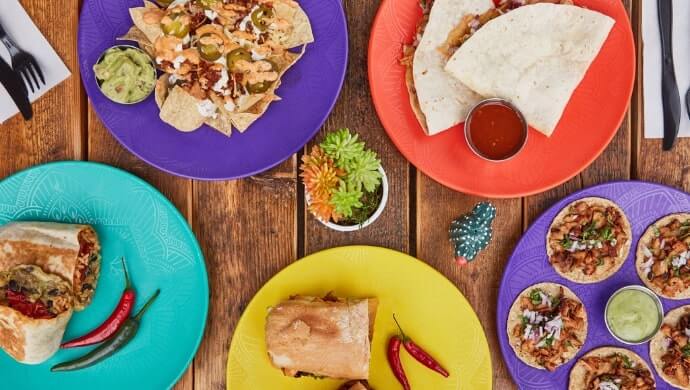 There’s a little slice of Mexican sunshine in the heart of Dublin’s financial district and goes by the name of Salsa.

If you’re over this way and fed up with crunching numbers all day then there are far worse ways to unwind than getting stuck into some sizzling Mexican cuisine.

Located underneath some modern apartments on Custom House Square just off Lower Mayor Street, Salsa offers everything from well-stuffed torta sandwiches to generous plates of crispy nachos. Don’t miss their ‘famous burritos’ too. 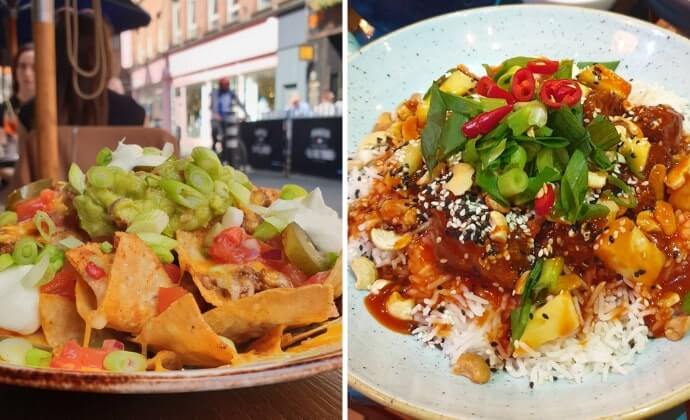 Who’s going to say no to that? A closer look at their dishes shows some seriously well-prepared food with an appreciation for style, as well as a unique fusion of cultures and cuisines. Where else could you order prawn tacos and pulled pork baos from the same menu?

Another winner is the fact that they offer churros for dessert, each of which comes with a choice of chocolate, white chocolate or dulce leche sauces. 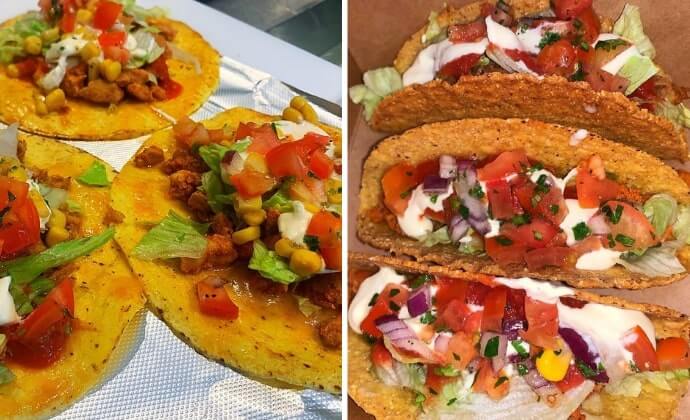 This cosy little spot on Thomas Street in Dublin 8 has been running since 2018 and garnered many fans in a short space of time.

Prepared from scratch every morning, Bounceback Cafe offers a host of hearty Tex-Mex breakfast and lunches that are served up from Monday to Friday between 11am and 3pm. If you’re after a satisfying mid-week lunch, this is the place to come!

Offering everything from beef burritos to veggie quesadillas, there are Mexican flavours for everyone here and they also do a selection of non-Mexican wraps if that’s not your thing. If you’re in the mood for a more American breakfast, they do awesome fluffy pancakes too.

Pablo Picante is one of the more popular spots for Mexican food in Dublin, and they make the grand claim that it does the best burritos in the capital.

I guess there’s only one way to find out! And finding out whether this is true or not is helped immensely by the fact that you have five different Pablo Picante joints to choose from in the capital.

The one on most visitor’s radar would be at Temple Bar on Aston Quay and there you’ll find a host of mouthwatering burritos filled with everything from marinated chicken to pulled pork. They also do cheaper deals for students so just flash your ID card for amazing cut-price burritos.

Other popular spots for Mexican food in Dublin

As you’ve probably gathered, there’s an almost endless number of excellent Mexican restaurants in Dublin on offer. Now that we have our favourites out of the way, it’s time to see what else the capital has to offer.

Below, you’ll find a mix of fancy and casual places to grab some very tasty Mexican food in Dublin, from the popular Acapulco to the excellent El Patron. 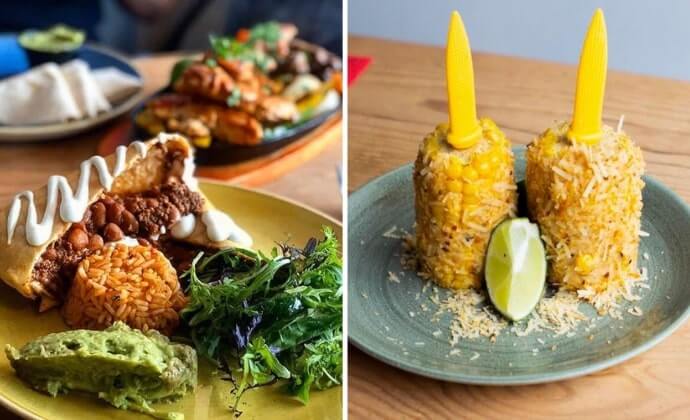 The classic option for Mexican food in Dublin has to be Acapulco. I’d say when you’re the oldest of many Mexican restaurants in Dublin then you’ve earned the right to be described that way!

A fixture on South Great Georges Street for over 20 years now, Acapulco offers traditional Mexican food along with a selection of signature margaritas.

For the most satisfying feed, I’d say go for the fajita platter and indulge yourself with the marinated steak as a topping. Pair it with their classic lime margarita and you’re onto a stone-cold winner. 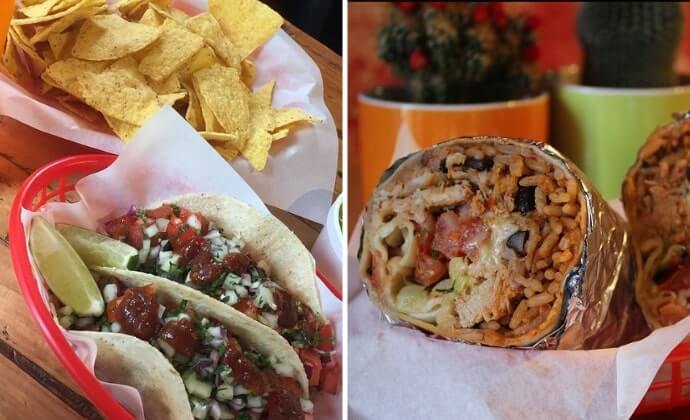 I guess it depends on how hungry you are, right? And in their hulking El Gordo (Spanish for “the fat one” or “the big one”), the biggest Mexican food fan may have met their match.

To take on the sizeable task of taking down the El Gordo, head to North King Street in Dublin 7 and check out El Patron’s colourful corner restaurant. And if the ‘big one’ is too much for you, check out their superb homemade beef barbacoa. 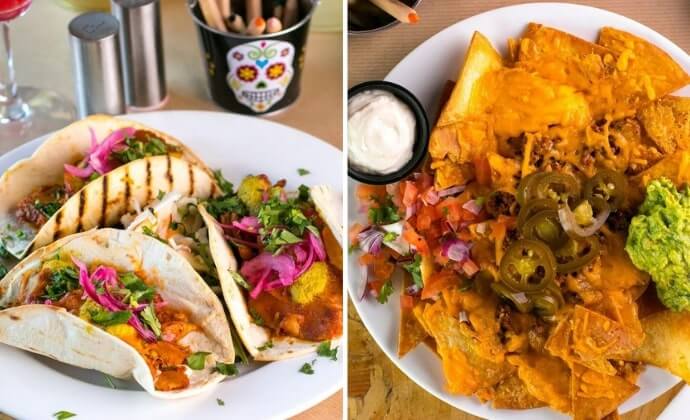 While the Hungry Mexican on Aston Quay may be all black from the outside, inside it’s a riot of colour and hanging lights. Their menu is also more extensive than most Mexican restaurants so if you’re after a nice range of choice, this is the place to come.

And in a case of being in semi-direct competition with El Patron, they claim to serve ‘Ireland’s largest chimichanga for two’.

I guess you and a partner will have to head to the Hungry Mexican and find out how true that is! For families, they also do a small kids menu (also something you don’t always find at Mexican restaurants). 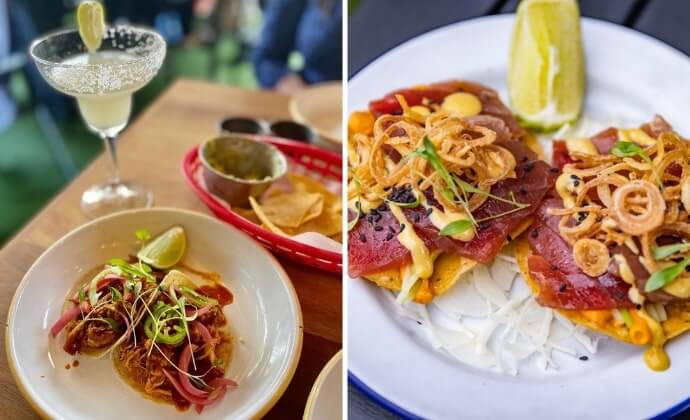 Famous for their selection of 100% blue agave tequilas and some of the finest cocktails in Dublin, 777 if a great spot to kick-back with pals.

The food isn’t bad either! Check out their tempting menu of tortilla, jalapeno and guacamole treats to pair up with your tequila. And don’t forget that on the seventh day you can enjoy #777Sundays where everything on their Menu costs €7.77.

Sounds like a no-brainer to keep the weekend fun going. If you’re looking for Mexican restaurants in Dublin to kick-back in with friends, get yourself to 777! 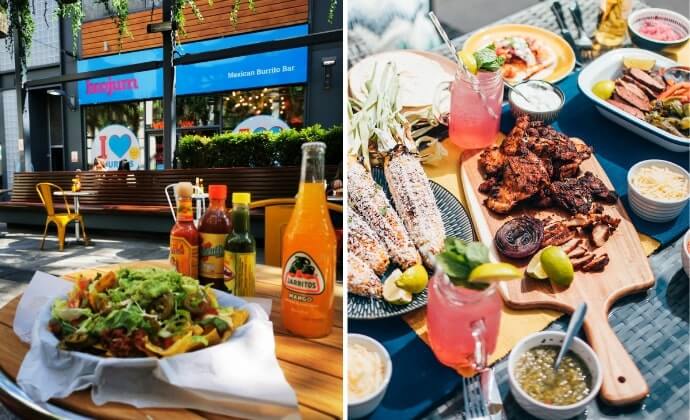 Boojum have made a name for themselves all over Ireland since first opening in 2007, but in Dublin you can find their delectable range of casual Mexican food at Hanover Quay.

Simplicity is the key here and their menu hasn’t changed since they first opened over 10 years ago.

Get stuck into burritos, fajitas and tacos with a host of fiery side dishes and sauces. If you’re feeling guilty about the calories, then you can also order a burrito or fajita bowl (you get everything but it comes without the tortilla wrap). 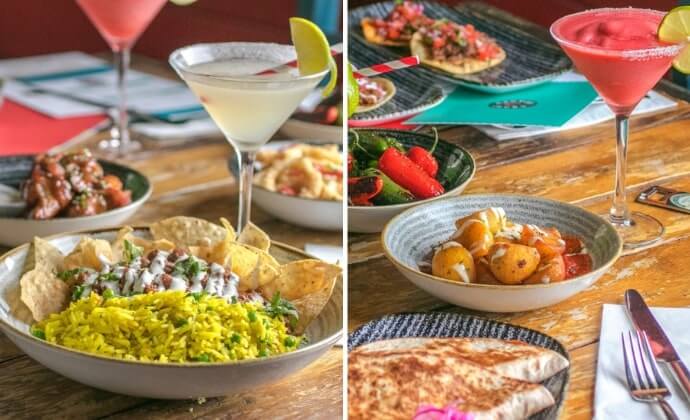 Located within the narrow Millenium Walkway in Dublin 1, Cactus Jack’s is an easy-going Mexican restaurant with loads of room inside and even a few tables and chairs outside for those brave enough to eat alfresco in Ireland.

Just a short walk from the Millenium Bridge, it’s in a great location with easy access to Temple Bar and other attractions.

Inside you’ll find authentic Mexican dishes, succulent steaks and a new tapas range all at very reasonable prices. Additionally, with its capacity of up to approx. 120 people, the restaurant is also available for birthdays, retirements, weddings or christenings (or any excuse for a party!). 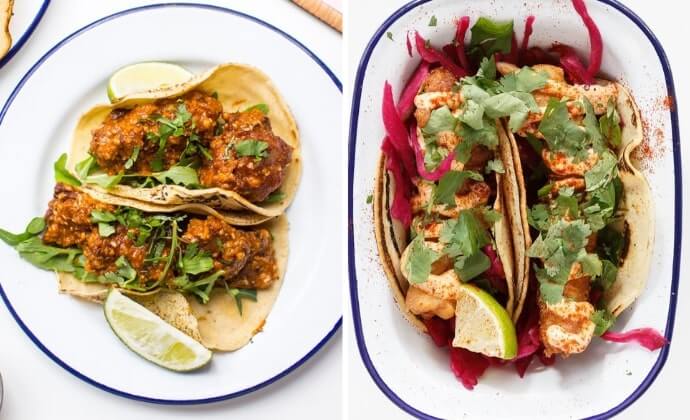 Sharing Drury Street with Juanitos, Masa opened in 2018 and, thanks to the quality of its food, has been busy with returning customers ever since.

Get stuck into their fine selection of tacos or quesadillas and pair it up with a cold beer. They also do a couple of vegan tacos for those with a strong aversion to all things meaty.

But for those who do worship at the meat altar, check out Masa’s Carne Asado taco. Crafted from tender beef with a cream sauce, it has a distinct cinnamon kick that’s an interesting twist on the usual beef tacos you’ll find in other Mexican joints.

What great Mexican restaurants in Dublin have we missed?

I’ve no doubt that we’ve unintentionally left out some brilliant places to kick back with Mexican food in Dublin in the guide above.

FAQs about the best Mexican food in Dublin

We’ve had a lot of questions over the years asking about everything from ‘What are the best cheap Mexican restaurants in Dublin?’ to ‘Which are the fanciest?’.

What are the best Mexican restaurants in Dublin?

In my opinion, it’s hard to beat El Grito Mexican Taqueria, Juanitos and Salsa. However, each of the places above are worth considering.

What casual spots do the best Mexican food in Dublin?

If you’re looking for something quick, tasty and casual, Bounceback cafe, Pablo Picante and El Patronare worth checking out.