If you’re looking for Celtic symbols for brothers, be warned.

While there are many Celtic symbols for brotherhood, much of what you see online are recent inventions, and are not ancient Celtic symbols.

There isn’t one specific Celtic symbol that relates to brothers. However, there are several Celtic Knots and symbols that could be used to symbolise a brotherly bond.

Some quick need-to-knows about Celtic Symbols for brothers 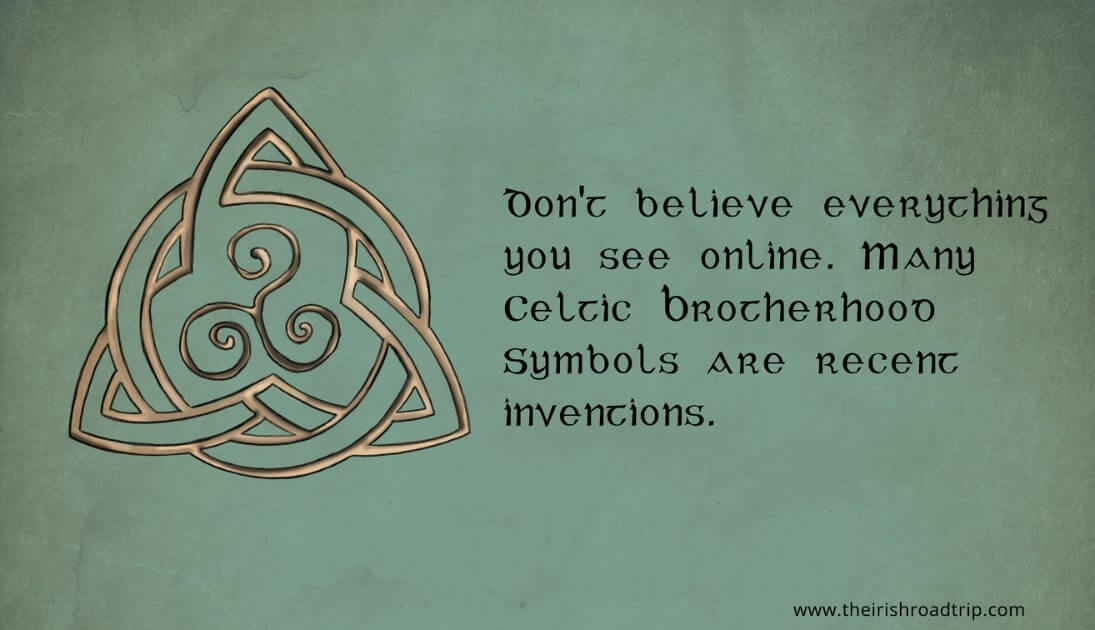 If you’re looking for Celtic symbols for brotherhood, please take 20 seconds to read the two points below, first:

A quick online search for Celtic brotherhood symbols comes back with a bunch of different results and designs. Don’t get me wrong, some of them look pretty legit. But if you’re looking for a genuine Celtic symbol, you’ll need to do some more in-depth research.

The Celts haven’t been around for a long time, and the number of authentic designs is limited. However, many modern designs have surfaced in recent years, and a lot of websites will claim that they’re genuine. Be particularly wary of jewellery sites, as many will try and sell new designs as ancient ones.

2. It’s all down to your interpretation

The Celts didn’t leave many records for us to decipher, so a lot of what we know about their symbols is based on scraps of evidence, and a large amount of speculation. Don’t worry, the historians and researchers who’ve looked into this know their stuff, so we are fortunate to have a fairly good idea about what everything means. It’s just that some of the specifics are hazy.

For example, we don’t know for sure whether there was one specific symbol relating to brotherhood. But we do know that the idea of brotherhood and community spirit was strong among the Celts. 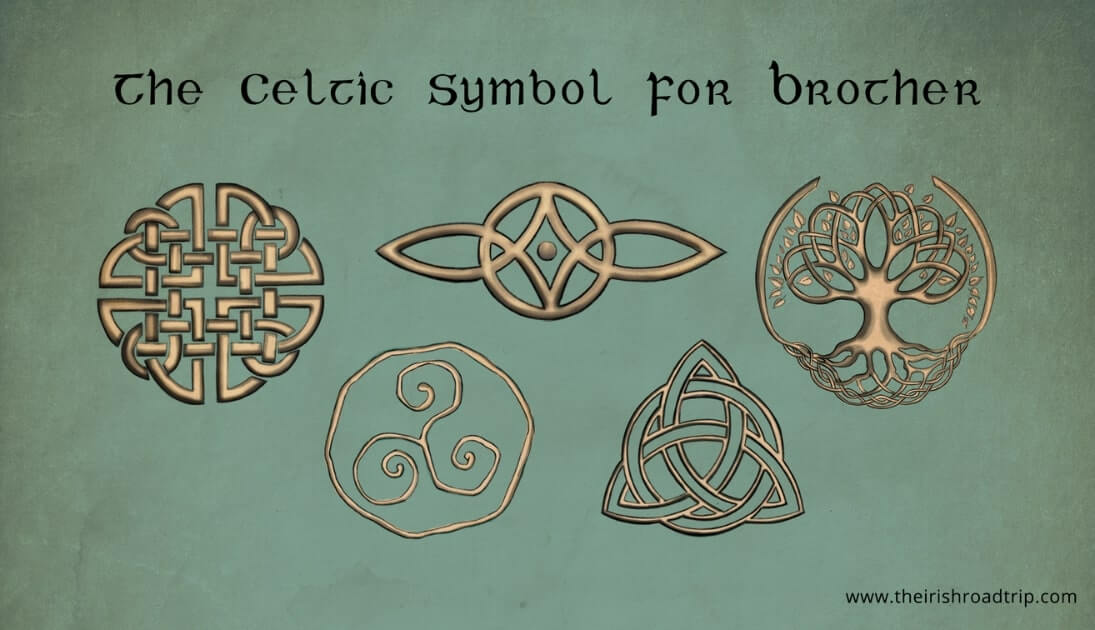 Now that we have the disclaimers out of the way, it’s time to have a look at the most accurate Celtic symbols for brothers.

Below, you’ll find the Dara Knot, the Triskelion, the Celtic Tree of Life and plenty more. 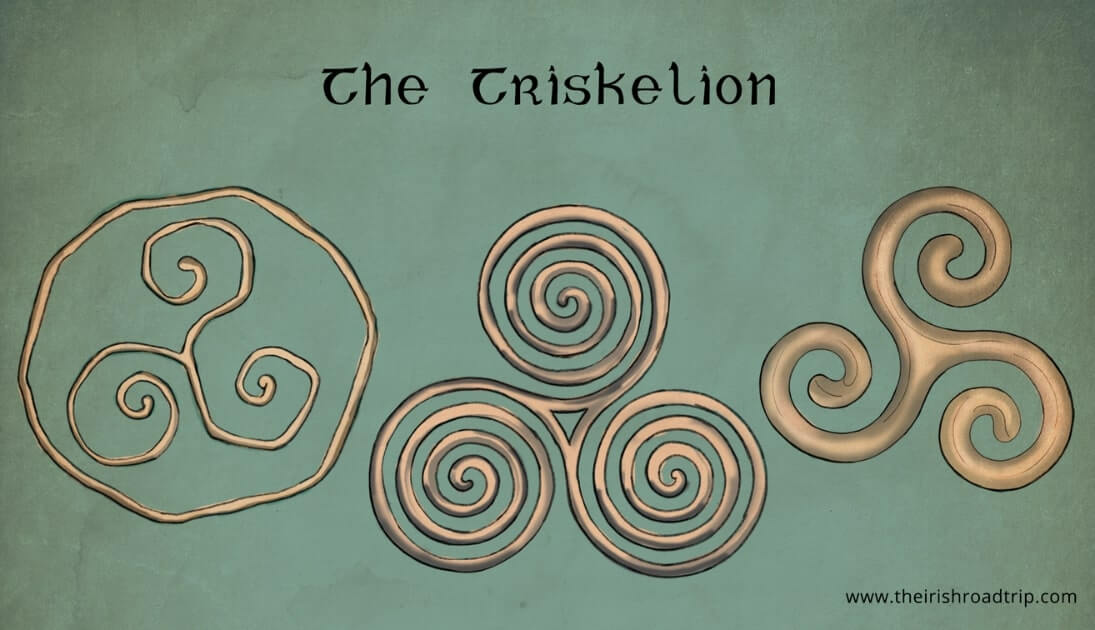 The Triskelion, otherwise known as the Triskele or the Celtic Spiral, is one of the oldest symbols known to man. In fact, the earliest record of it in Ireland—carved into Newgrange Tomb—predates the arrival of Celts in Ireland by at least 2,500 years.

We do know, however, that the Celts used it extensively in their artwork, metalwork, and carvings. The Celts revered the number three, with all things of importance coming in threes.

The three spirals are most commonly said to represent the three worlds; the physical realm, the spirit world, and the celestial world. However, there are many other interpretations.

The Triskelion could be seen to represent brotherhood as an interconnected community, with shared beliefs and values. If you’re looking for Celtic symbols for brotherhood, this is an excellent option. 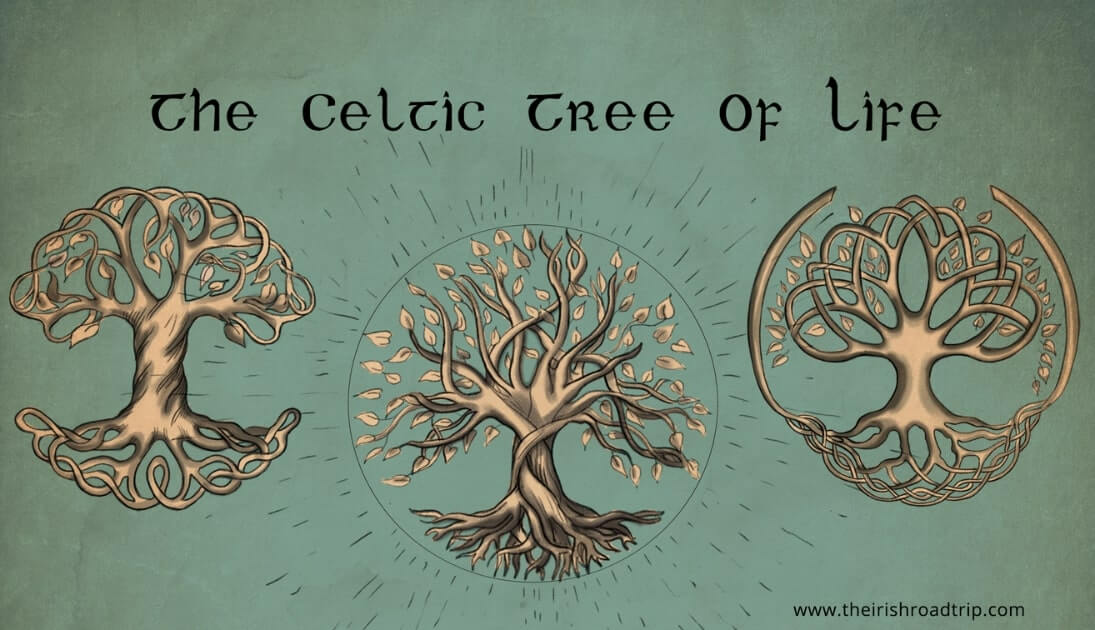 The Celtic Tree of Life is one of the more impressive Celtic symbols for brothers and it truly defines what the Celts stood for.

Trees had enormous importance to the Celts. They were believed to be gateways to the Otherworld, home to the spirits of ancestors, and were a focal point of many Celtic settlements.

The Tree of Life symbol is often portrayed as symmetrical, with the branches reflecting the strong roots below. It’s a sign of community and oneness, both important concepts for the Celts.

It makes a good sign for brothers who share the same roots and gain strength from that unshakable bond. This is also a popular Celtic family symbol. 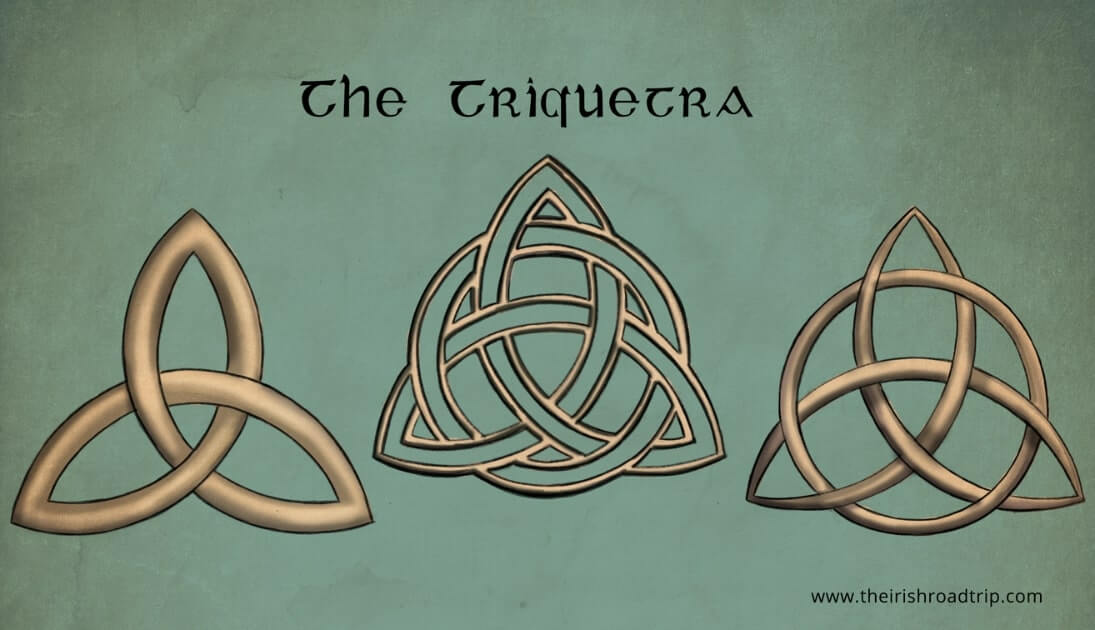 The Trinity Knot, or the Triquetra, is another ancient Celtic symbol that bears similarities with the Triskelion. It too revolves around the number three, though its design weaves in and out around itself endlessly.

For many, the three points suggest the mind, body, and spirit, while the unending nature of the design hints at the eternal nature of the soul. In this way, the Trinity Knot can represent one’s soul and can be symbolic among brothers who share the same spirit. 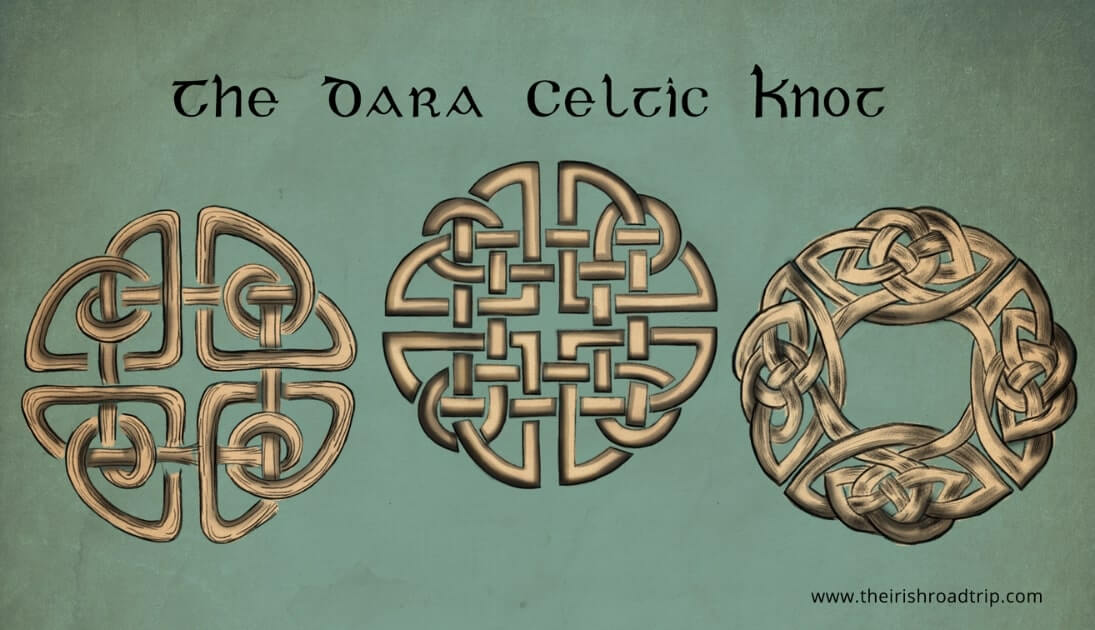 The Dara Knot is one of the more popular Celtic symbols for brotherhood. This iconic Celtic Knot that ties in with trees, in particular, the Oak.

For the Celts, the oak tree was the King of the Forest and the most important of all the trees. The Dara Knot, with its complex design that resembles the roots of an oak tree, symbolises strength and unity.

The roots are important here, suggesting that everyone is connected and that each individual can draw strength from the community.

As such, it’s a fantastic symbol for brothers—whether they’re related or from other mothers—to share. 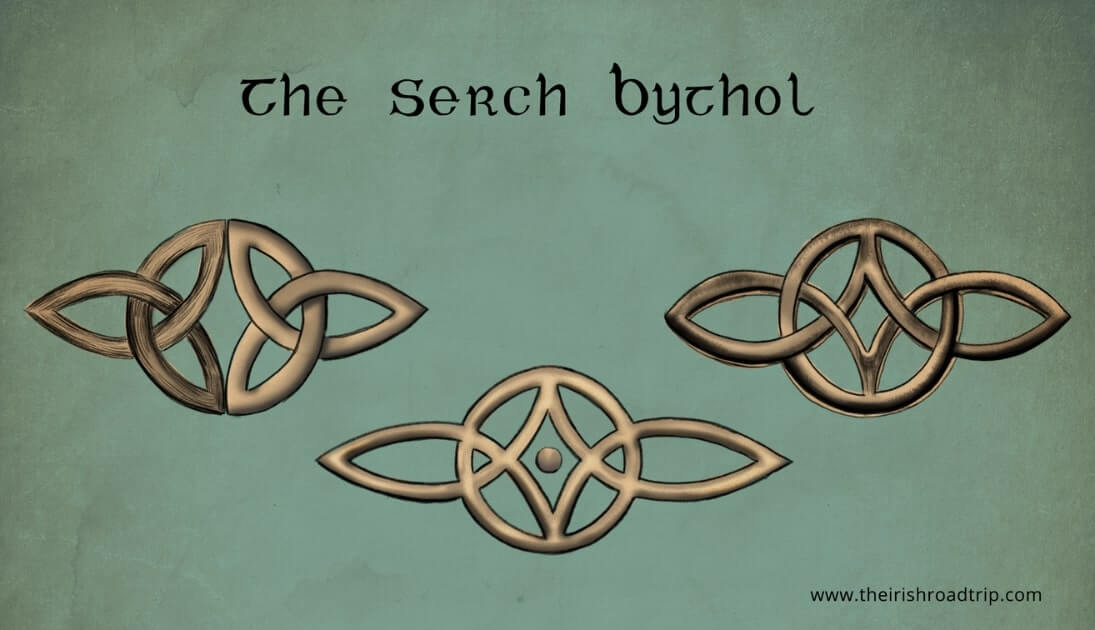 The final of our Celtic symbols for brothers is the Serch Bythol – another fascinating Celtic Knot design. It translates to everlasting love but isn’t necessarily just for romantic partnerships.

The design is actually made from two Trinity Knots, placed side-by-side to form one singular knot. When we think of the Trinity Knot representing the soul, the Serch Bythol represents a joining of two souls for all eternity.

This symbolises the unbreakable bond that brothers share. In Celtic culture, it meant a bond that existed far beyond the mortal lifespan, with certain souls linked for all eternity.

We’ve had a lot of questions over the years asking about everything from ‘Which makes a good tattoo?’ to ‘Which is the most accurate?’.

What are good Celtic symbols for brotherhood?

The Dara Knot, the Tree of Life and the Triskele are three good Celtic symbols for brothers that are actual symbols and not recent inventions.

Design is subjective. However, if it was me, I’d go for the Tree of Life, as the design is impressive and more detailed than some of the others.