There’s plenty of things to do in Dingle for families, but the list dramatically shortens when rain hits.

However, the Dingle Aquarium is an excellent option to have tucked away in your back-pocket for such occasions, as you’ll discover below.

Some quick need-to-knows about the Dingle Oceanworld Aquarium 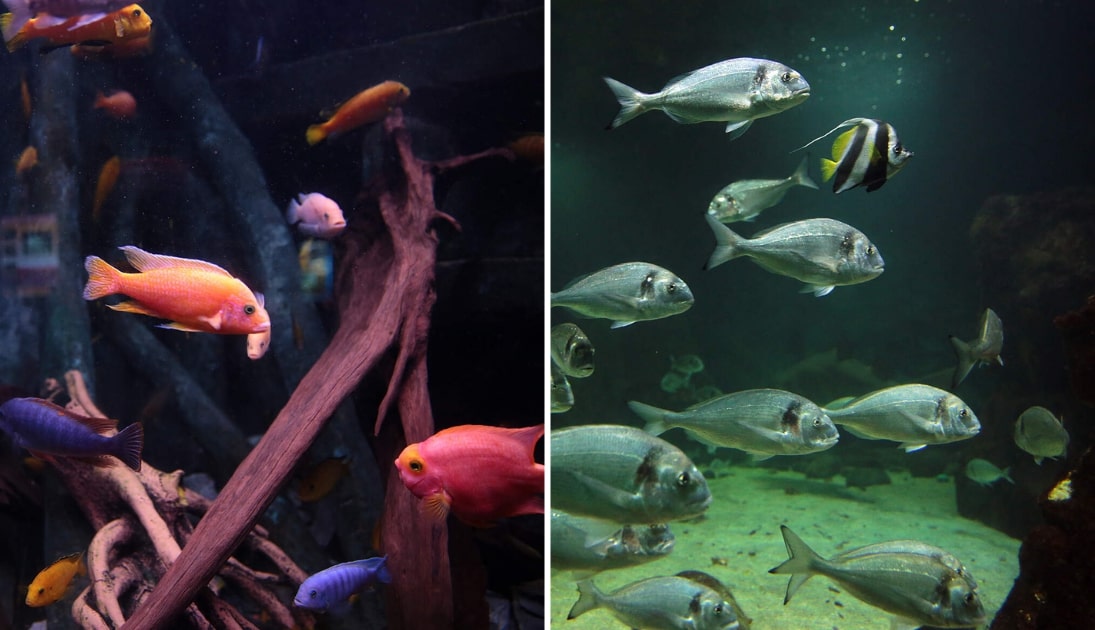 Although a visit to Dingle Oceanworld Aquarium is fairly straightforward, there are a few need-to-knows that’ll make your visit that bit more enjoyable.

Dingle Aquarium is right on the waterfront in Dingle Town overlooking the marina and breakwater. It’s about 50km from Tralee on the N86. There’s limited paid parking on the council car park opposite.

The Aquarium is open daily from 10am with last admission at 4.40pm. Note: opening hours may change.

Pre-booking is essential to visit this popular attraction. Go online or call 066 9152111 to obtain timed tickets for admission (prices many change).

Plan your visit to see some of the daily feeding times (times may change):

About the Dingle Aquarium 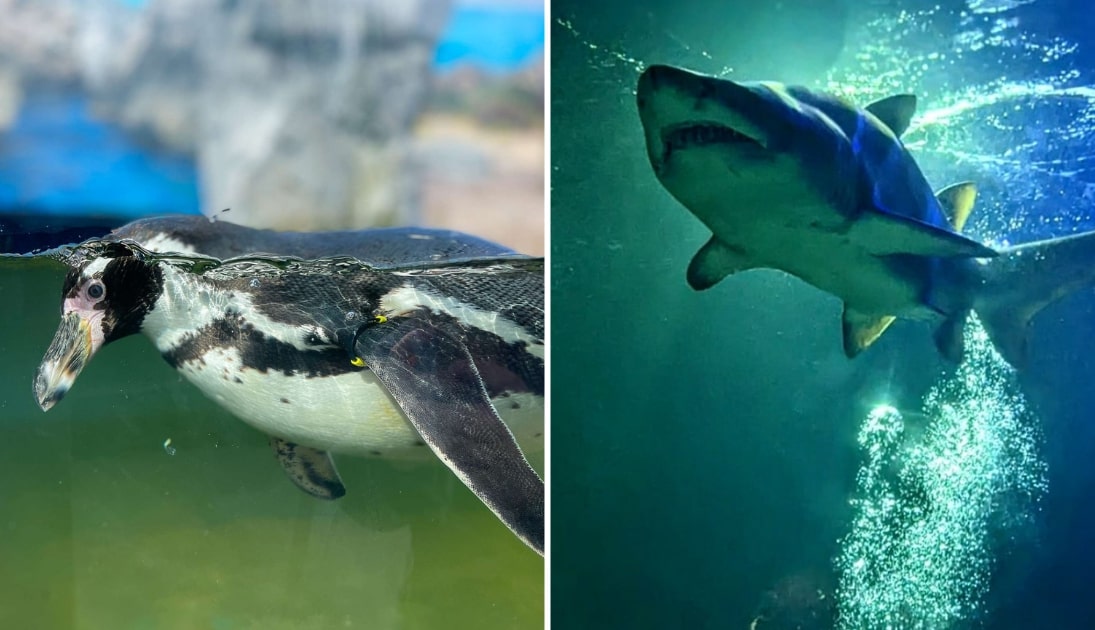 Photos via Dingle Oceanworld on FB

Dingle Oceanworld Aquarium is the largest aquarium attraction in Ireland. The state-of-the-art visitor attraction opened in 1996 and is one of the top Dingle attractions.

The vision of the aquarium directors and staff is to promote eco awareness and stewardship through education, research and conservation.

The Aquarium has lots of colourful fish in tanks, but there’s a plenty more to see too. Sharks, lobsters, rescued turtles, otters, penguins and reptiles can all be seen on a visit.

Oceanworld does important research and conservation of many species that are threatened or endangered. This includes Turtle Conservation.

Endangered Loggerhead Turtles may find a temporary or permanent home at Oceanworld if they have injuries or need specialist treatment before being released back into the wild.

The trained team also does Lobster Conservation and Whale and Dolphin Rescue when they become stranded on the coastline.

They are even a partner in raising endangered Natterjack toads, the only native toad species in Ireland.

What you’ll see at the Dingle Oceanworld Aquarium

One of the reasons that a visit to the Dingle Oceanworld Aquarium is one of the more popular family attractions in the area is due to the volume of wildlife that’s there to observe, like:

One of the most popular (and largest) aquariums at Oceanworld is the Shark Tank. It holds 150,000 gallons of water to house Sand Tiger Sharks. These are listed as vulnerable species and are protected in their native environment. Check out the awesome jagged teeth and trademark fin. They grow up to 3 metres long and weight 100-150kg. The shark Tank is also home to other fish and mammals found on the coral reefs of the tropics.

These cute black and white Gentoo penguins have a distinctive orange bill and peach-pink feet. They stand 70-90cm tall and are the third largest pengion species. Fast swimmers, they normally live in the Antartic. They can also be found at Oceanworld enjoying a purpose-built enclosure and a cool controlled 6-11C temperature. See them play and snack on the snow flakes when the snow machine is in action. This provides fresh water for them to drink, as in the wild. At feeding time (three times a day!) see them dive for fish and squid.

Oceanworld Aquarium at Dingle has all sorts of creatures that come under the heading “Fish”. Look out for deadly puffer-fish that exude a toxin that is 1,200 times more poisonous than cyanide. Catfish are covered in 100,000 taste-buds all over their bodies. You can also learn about colourful Clownfish that live in the waving sea anemones, red-bellied piranhas and delightful curvy seahorses that swim slowly around beds of seaweed in their aquarium. Don’t miss a close look at Jellyfish than can sting even after death.

See playful Asian small-clawed otters in their special enclosure at Oceanworld Aquarium. They are considered vulnerable in their native habitats in India, China and Asia as their native habitat is being destroyed, contaminated by pollution or due to over-exploitation of the species. They are the smallest of the otter family, sharing their new home with Eurasian, smooth-coated and hairy-nosed otters. See them devour fish at feeding time and learn that they need to eat 25% of their body weight every day for their active lifestyle!

You’ll probably only spot one or two reptiles at Oceanworld including African Dwarf Crocodiles and remarkable Green Iguanas. These lizards resemble mini dragons with their fearsome claws, ragged mane and bright colouring. Kids will love to see them hanging out in their tank. During breeding season the male iguanas turns orange to attract a mate. The Dwarf Crocodile still reaches over 6 feet (1.8m) in length. They are nocturnal by nature, but you may spot them having a nap.

Dingle Oceanworld Aquarium does important work for turtle conservation. They have already rehabilitated 7 endangered Loggerhead Turtles that were brought to the centre needing care after being injured or washed up on the beach. They are given medical attention and vitamins before carefully being re-introduced to their natural tropical waters at a temperature of 24C. Once fully recovered, they are returned to the wild. Visitors can meet some of the resident turtles including Spike, Peig, Omey, Dylan, Blink, Molly and Sally.

Dingle Oceanworld set up a lobster hatchery in May 2006 to help boost the population of the European Lobster. In the wild, very few lobster larvae survive to reach adulthood so the hatchery protects and rears them. The females are then marked with a notch in their tail. It is illegal to land, posses or sell such a marked lobster. By returning them to the sea, this ensures that the lobster population continues to reproduce and survive.

Things to do near the Dingle Aquarium

One of the beauties of this place is that it’s a short spin away from many of the best places to visit in Kerry.

Below, you’ll find a handful of things to see and do a stone’s throw from the Dingle Aquarium (plus places to eat and where to grab a post-adventure pint!). 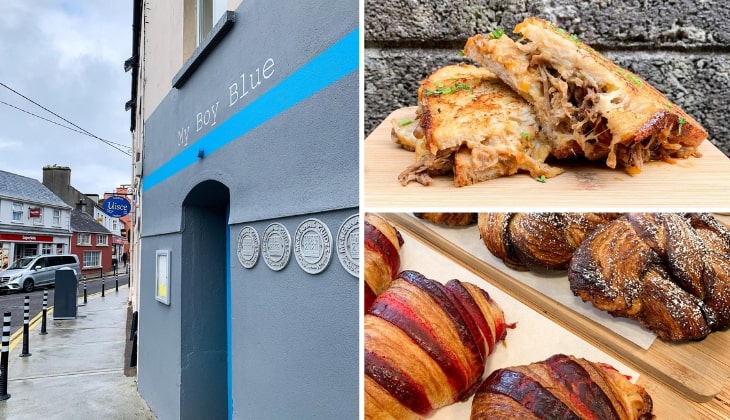 Photos via My Boy Blue on FB

There are loads of lovely restaurants in Dingle. The Fish Box is one of the newer places to open but it’s hands-down the best for tasty fishbowls and take-aways. If you fancy a hearty feed, nip into one of the many pubs in Dingle, like Murphy’s. 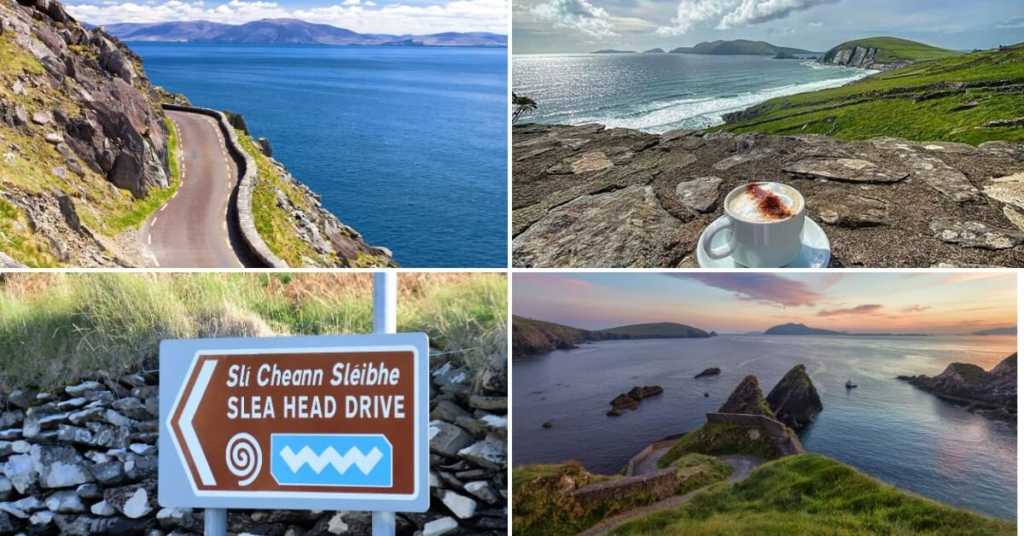 You can’t visit Dingle Oceanworld and not continue on along the dramatic Slea Head Drive. This scenic 47km circular route starts and ends in Dingle and overlaps with the Wild Atlantic Way. 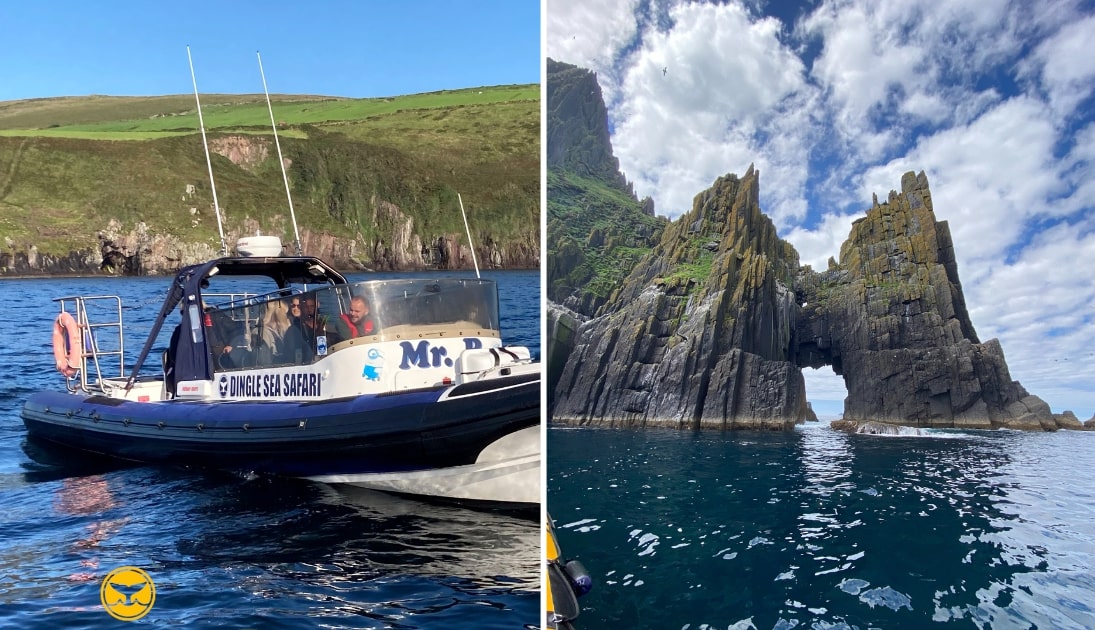 Enjoy a thrilling Sea Safari on a motor-powered RIB and spot sights and wildlife along the Dingle Coast. Sea arches, the Blasket Islands, sea birds, dolphins, seals and even the odd whale may be spotted on this two-hour adventure.

FAQs about the Dingle Aquarium

We’ve had a lot of questions over the years asking about everything from ‘When is it open?’ to ‘What do you see?’.

Is the Dingle Aquarium worth visiting?

Although we’ll always recommend that you visit Dingle’s natural attractions, first, the Aquarium is a handy rainy day option or for those with kids.

How long would you spend in Dingle Aquarium?

You’ll want to allow at least 1 hour and up to 2 hours in total to get around and admire the marine life.